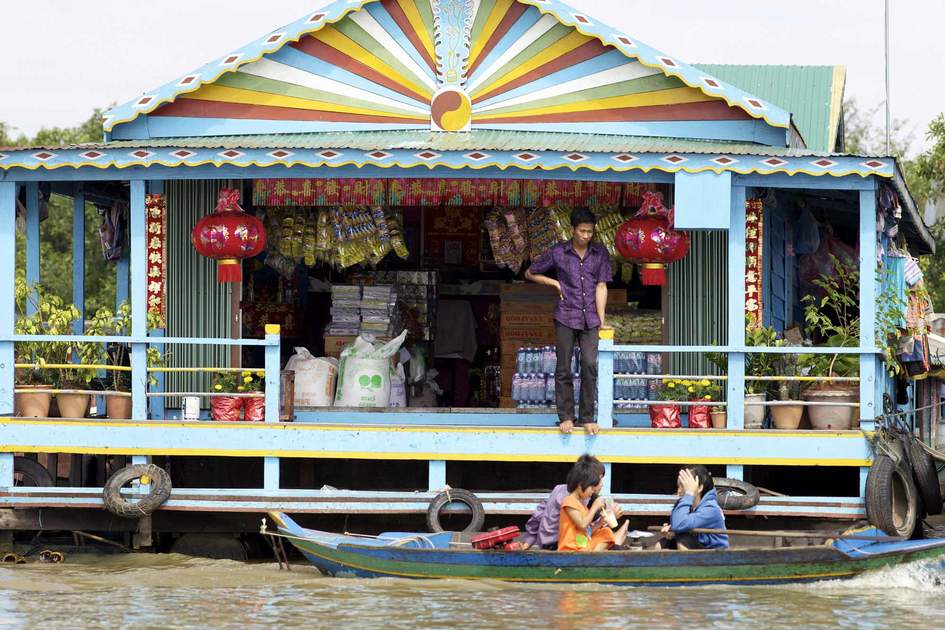 The vast freshwater lake known as Tonlé Sap is truly a remarkable phenomenon. The very heart of Cambodia’s rich agricultural and fishing economies, it is the riverine “lung” on which much of the country’s prosperity depends. During the annual monsoon rains it swells greatly in size, becoming a natural reservoir which then gradually releases its accumulated waters during the long, hot months of the dry season. It also provides the surrounding plains with a never-ending supply of rich silt for farming, and is an equally reliable source of nutrition in the form of fish, snails, snakes, frogs and all manner of aquatic wildlife.

The lake, which is surrounded by a fertile rice-growing plain, dominates Cambodia’s central northwest. During the dry season, approximately between November and May, the lake is at its smallest, though it still covers 2,500–3,000 sq km (950–1,160 sq miles). The Sap River runs from its southeastern corner to join the Mekong and Bassac rivers at Phnom Penh, some 100km (60 miles) distant. 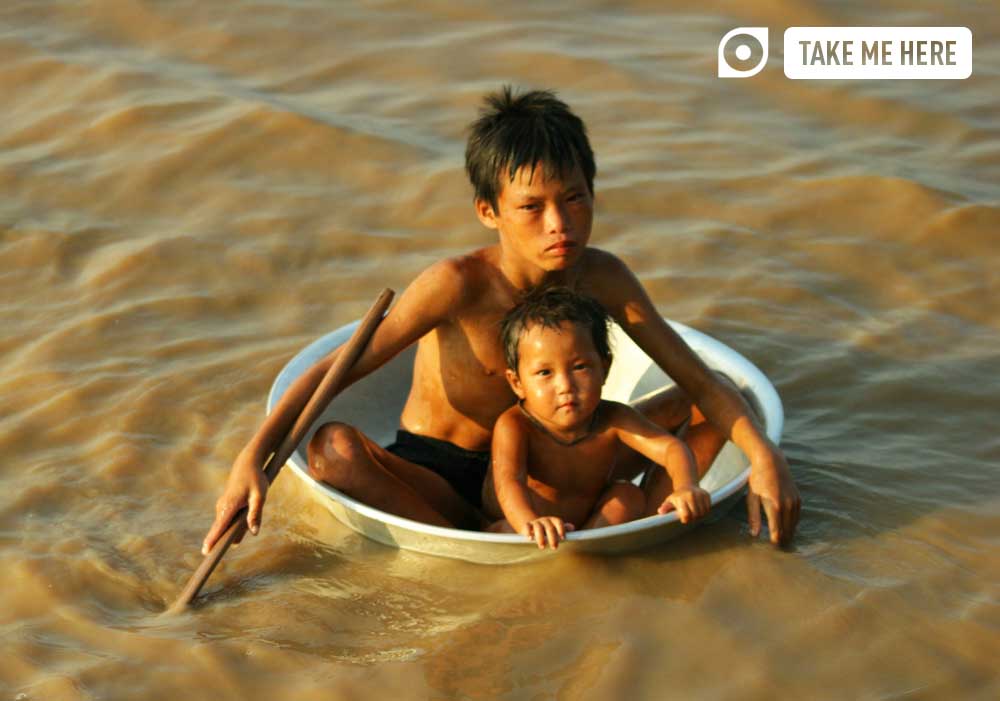 Cambodian boys use basin as a boat to sail in the Tonlé Sap Lake in Cambodia. Photo: Shutterstock

The reversal of the Sap River

The confluence of these rivers, known in Khmer as Chatomuk or “Four Faces”, and in French as Quatre Bras or “Four Arms”, is remarkable for a unique phenomenon, the reversal of the Sap River. From May to October, during the annual monsoon rains, the hugely increased volume of the Mekong forces the Sap River to back up, and finally reverse its course, flowing northwards to flood the Tonlé Sap with vast quantities of fresh water and rich sediment. During this period the Tonlé Sap almost trebles in size, from 3,000 sq km (1,160 sq miles) to as much as 8,000 sq km (3,100 sq miles). At its lowest level, most of the lake is less than 2 metres (6.5ft) deep and is like a marsh with crisscrossing navigable channels; at its fullest the lake is as much as 14 metres (45ft) deep, and it can gain 70km (44 miles) in width.

Then, in mid-October, as the cool, dry winds begin to blow from the north and the level of the Mekong diminishes, the flow of the Sap is again reversed, carrying the surplus waters of the Tonlé Sap southwards to the Mekong and Bassac deltas. The annual flooding of the Tonlé Sap makes the lake an incredibly rich source of fish, while the farmland around it benefits from an annual deluge of rich sediment.

The Tonlé Sap is mainly fished by Muslim Chams and migrant communities of Vietnamese. These people are less concerned about taking life than the Theravada Buddhist Khmers who till the nearby fields – not that the latter show any concern at all about eating the fish once it has been caught and killed by someone else. There are few dinner tables anywhere in Cambodia that are without a supply of prahok – fermented fish paste from the great lake – and fish is a national staple.

The time of the October reversal of the waters is celebrated as Bon Om Tuk, one of Cambodia’s most important festivals. For three days an estimated 250,000 revellers join in the festivities, which include longboat races, music, dancing, fireworks and a great deal of eating and drinking. Teams compete in the traditional boat racing, which is said to celebrate an event in 1177, when Angkor was invaded and sacked by a fleet of Cham warships which sailed up the Sap River and across the Tonlé Sap. The Chams were then defeated by the country’s most illustrious monarch, Jayavarman VII. Bas-reliefs in the Bayon at Angkor commemorate the great victory. 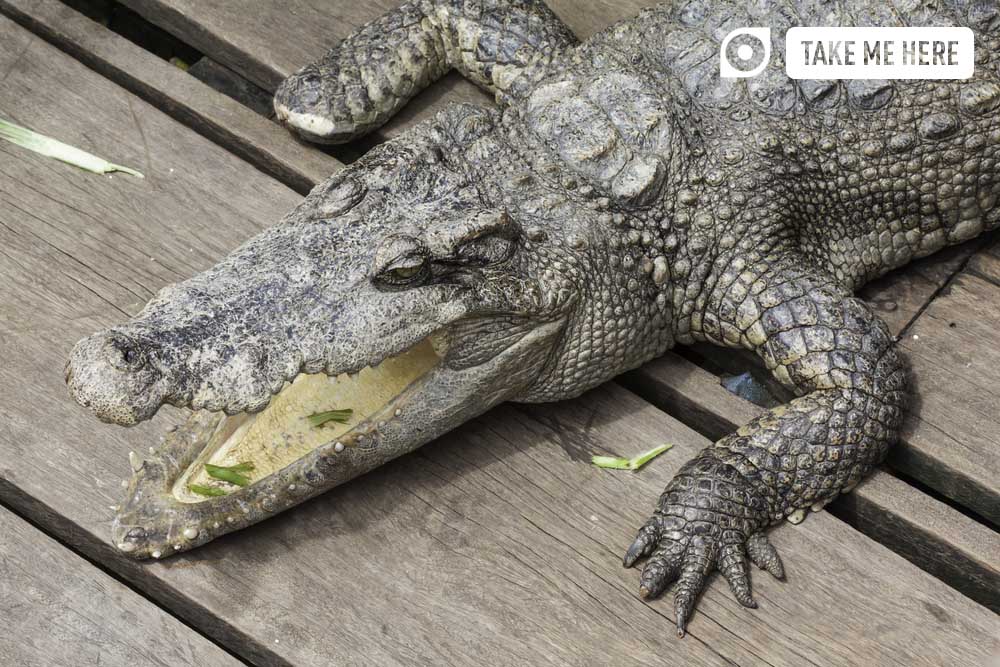 Read more: All about Angkor: A guide to the temples

Sophea was excellent from the point of getting in contact with them to the end of our 1 day tour of the lost city. A very polished service and our guide was very passionate and well informed in the history of Cambodia. I would definitely use this service again and recommend them to anyone in a heart beat.