Cars and Cigars in Cuba 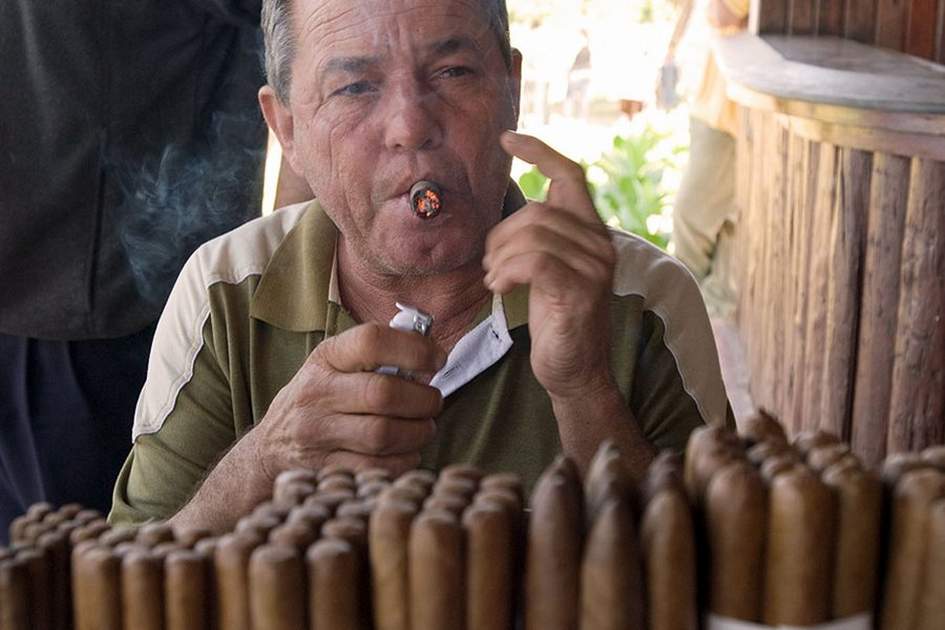 Fascinating, exotic, frustrating, and divisive, depending on your standpoint, the beleaguered transportation system is a visible microcosm of Cuba’s economic woes.

In the late 1980s, oil supplies from the Eastern Bloc that had provided the island with 90 percent of its fuel began to dry up as the Cuban-sugar-for-Soviet-oil deal came to an end. Scarcity of fuel meant that outside the main cities motorized transportation virtually vanished, a situation that has changed little today. Roads are all but deserted, oxen pull plows that till the fields, and horses and carts ply the streets of provincial towns in place of buses.

But, most noticeably, bicycles are everywhere – more than 1 million were imported from China in the early 1990s, and in this make-do-and-mend society many of them are still going strong. It’s as if the clock has been turned back to a per-industrial age. Cycling has become part of the fabric of everyday life, with special parking lots for bicycles and tire-repair shops everywhere. Bicycle taxis – bici-taxis – vary in design from town to town, depending on when and where they were imported from China.

The island’s current tribulations and its decades of isolation from the Western world have resulted in other memorable forms of transport. Wonderful old Cadillacs get top billing, but also look for veteran motorcycles with sidecars or bicycles with sidecars carrying the whole family, and on the railroads anything from magnificent steam trains to wheel-less buses that can run along the tracks.

The Struggle to Get Around

The recent purchase of many new buses (called guaguas) means fewer lines and less overcrowding than in the “Special Period,” but things still get bad at peak times and cancellations are common. Cubans still need to book in advance for a seat on a crowded long-distance Astro bus – tourists have to use Víazul, the dedicated convertible peso service.

Hitchhiking (la botella) is a way of life for Cubans of all ages, but definitely not for tourists, as anyone who was kind enough to pick you up would risk a fine. This is not any old hitchhiking: state officials, called amarillos, because they wear yellow jackets, supervise crowds of hitchers at designated places, usually on the edge of towns and cities. Officials wear blue jackets in towns and are known as azules. State vehicles are obliged to stop, and los amarillos will allocate people to each vehicle on a first-come, first-served basis. Pregnant women and children get priority.

The big fat Cuban cigar holds almost as important a role in the national identity as rum and salsa. Tobacco is grown on smallholdings in parts of eastern, central, and western Cuba, but the most highly prized comes from the vegas (plantations) around the town of San Juan y Martínez and San Luís in the western province of Pinar del Río, in an area called the Vuelta Abajo.

It is this region’s leaves – the most important of which are grown under cheesecloth to protect them from direct sunlight – that end up in Havana’s cigar factories, to be made into world-famous brands such as Cohiba, Montecristo, and Romeo y Julieta. Around 100 million cigars are exported each year, and the industry is one of the island’s chief hard-currency earners.

In order to stamp out the black market in counterfeit cigars, official cigar boxes now bear a holographic seal. A box of Cohibas bought on the street may look much like the real thing, with the packaging and cigar bands pilfered from a factory, but the tobacco is likely to be inferior. It’s best to buy from an official shop (the best are in tobacco factories), where prices are much higher but still only a fraction of what you would pay abroad.

If you get the chance to inspect the contents of a box before you buy, check that the cigars are of a similar color (the darker the color, the stronger the flavour), and that if you squeeze them they readily spring back into shape and don’t crackle.

Cigars for domestic consumption are made in small-scale factories across the country, while those for export are produced in Havana’s large, famous factories such as Partagás and La Corona.

The highlight of a factory visit is seeing a room full of torcedores (cigar rollers) dexterously blending together the filler, binder, and wrapper leaves. The best rollers can produce as many as 150 cigars a day. All rollers are allowed to smoke as many cigars as they want on the job. To help pass the time and prevent boredom, a lector takes the podium to read from a newspaper or book.

Visitors are often allowed to watch other parts of the cigar-making process, such as the sorting of leaves into their various strengths, and the color grading, banding, and boxing of the final product. Before cigars can leave the factory, catadores (tasters) smoke random samples from selected batches to ensure their quality.

Our family is extremely grateful to our guide and the whole team in Cuba for making our holiday second to none.

Our time in Cuba was a wonderful experience.