The sweet taste of success: indulging in a chocolate-themed tour of Ecuador 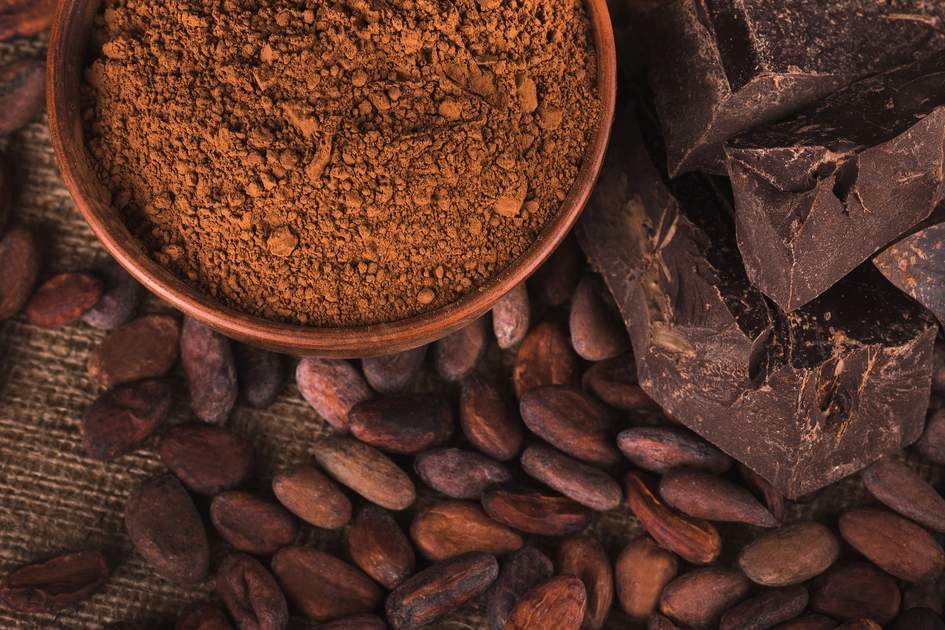 Everybody loves chocolate and Ecuadorian chocolate is some of the very best in the world. Insight Guide Ecuador updater, Luke Waterson, takes a tasty tour of chocolate tourism in the country.

It is no longer enough for a country to have a successful culinary export. To truly showcase the quality of your product, you need to reveal to your consumers the whys and wherefores of its origins and production process or – in today’s clued-up era of travel – you lose out on a major market.

With whisky in Scotland, or champagne in France, this seems an obvious thing to say: after all, Speyside’s whisky distilleries and the champagne cellars of Reims have been giving visitors hands-on tasting experiences for years. In the developing world it is much less so. With nations’ economies so dependent on maximising production for export, there has traditionally been little time invested in adapting a driven business model into a tourism attraction.

In Ecuador, chocolate tourism is a recent phenomenon. In the capitalQuitoand in the southern city of Guayaquil − from which Spain shipped cacao back home for conversion into delicious sweet drinks from the 1630s but kept the product a secret from the rest of Europe for a further century − the time has finally arrived when you can sample every stage of the production of Ecuador’s most fabled food. There are opportunities, too, to trek out to the Amazon plantations where most cacao is cultivated.

A holiday tailored around chocolate does sound the ultimate hedonistic dream. But for anyone envisaging something out of Roald Dahl’s Charlie and the Chocolate Factory, with wondrous machines full of the bubbling brown stuff, the reality is a little different. Ecuador is the world’s leading exporter of top-quality chocolate (defined as a chocolate containing over 70% cacao) but an insight into chocolate making has a gritty as well as a glam side. 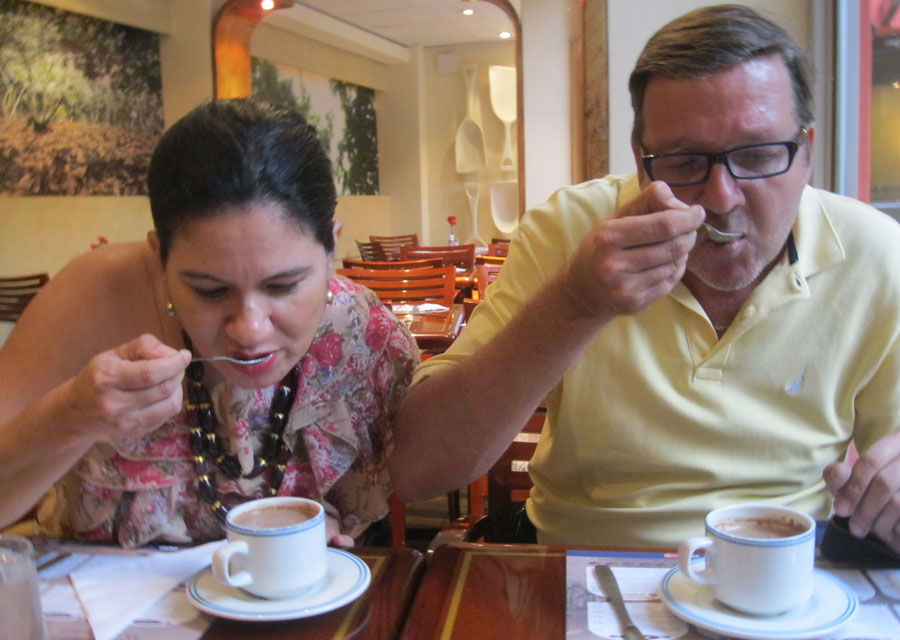 Where to experience chocolate tourism in Ecuador

Visitors invariably arrive in Ecuador via Quito or Guayaquil, so the first taste of the country’s chocolate industry will be a glam one. Quito’s Kallari Chocolate (Wilson E4-266 & Juan Leon Mera, Mariscal Sucre, tel: 00593-2-223-6009) is a sophisticated café that touts the tagline “visit the Amazon without leaving Quito” and the proceeds of the products, which include hot chocolate and their own-brand chocolate bars, benefit the farmers in Napo province that produced the cacao for them. There is also the chance to learn about the artisan chocolate-making business. Guayaquil’s La Pepa de Oro (Boyaca between Clemente Ballen & 10 de Agosto, tel: 00593-2-232-9690) restaurant serves some of Ecuador’s best hot chocolate in three delectable flavours: tradicional with milk and cinnamon, bon bon with crushed almonds and gran cacao with hazelnut. The fragrant fruity tones of the chocolate sourced in Los Rios province overwhelm you as you gaze at images of 19th-century cacao production in Ecuador on the walls.

Tracing cacao to its roots in Ecuador generally requires an organised tour. Outside the country, the comprehensive quality chocolate resource Seventy Percentprovide background information and tasting notes on quality Ecuadorian producers like Kallari and Pacari and are in the process of adding Ecuador to their regular list of top chocolate-themed excursions. In Quito, a helpful first port of call is Gianduja Chocolates(Av. 10 de Agosto N39-115 y Diguja, tel: 00593-2-245-4502), a handcrafted chocolate outlet whose owner also runs tours to Ecuador’s chocolate sites during the cacao harvest in April and May. Sweet stops along the way include the Kallari-operated Collection of Cocoa Center and adventurous trips on riverboat with workers to visit the cacao-growing areas. This is the time to see the other side of chocolate production: namely the intense manual labour involved in challenging conditions. The tour is rounded off with chocolate tastings at the owner’s shop, where chocolate flavours include passion fruit, lemon and cinnamon caramel.

In Guayaquil – which as the nation’s main port is the window to the world for Ecuadorian chocolate − visitors can sign up to Chchukululu Cacao Tours (tel: 00593-4227-5974). Activities include visits out to the farms producing cacao in the southern provinces of Guayas, Manabi and Los Rios – the regions that form the backbone of the heralded Arriba zone where that top-notch chocolate originates. There is also a look at the fermenting and drying process of the beans, and a visit to a factory where cacao is prepared for export: little-known but vital steps en route to what Europeans and North Americans recognise as chocolate. There may also be a trip out to one of the region’s cacao queen ceremonies: important occasions where there is a “best bean” judging contest followed by a sort of Miss World competition where girls vying for the coveted señorita/señora de cacao title attire themselves in cacao-themed costumes and give speeches about conserving the environment. These offer incredible chances to interact with some of the 500,000-odd Ecuadorians currently involved in the chocolate-producing business. Tours can include tastings of the finished product at the glamorous Le Gourmet restaurant in the Hotel Oro Verde.

Another intriguing option to learn more about the cacao industry is on a homestay in a key growing region. Río Muchacho Organic Farm(Río Muchacho-Canoa road km 10, tel: 00593-5-258-8184) is a simple but idyllic 11-hectare farmstead where guests can enrol on day-long to month-long programmes encompassing cultural interaction and sustainability. You’ll have the opportunity to assist on the farm, which has its own cacao plantation. 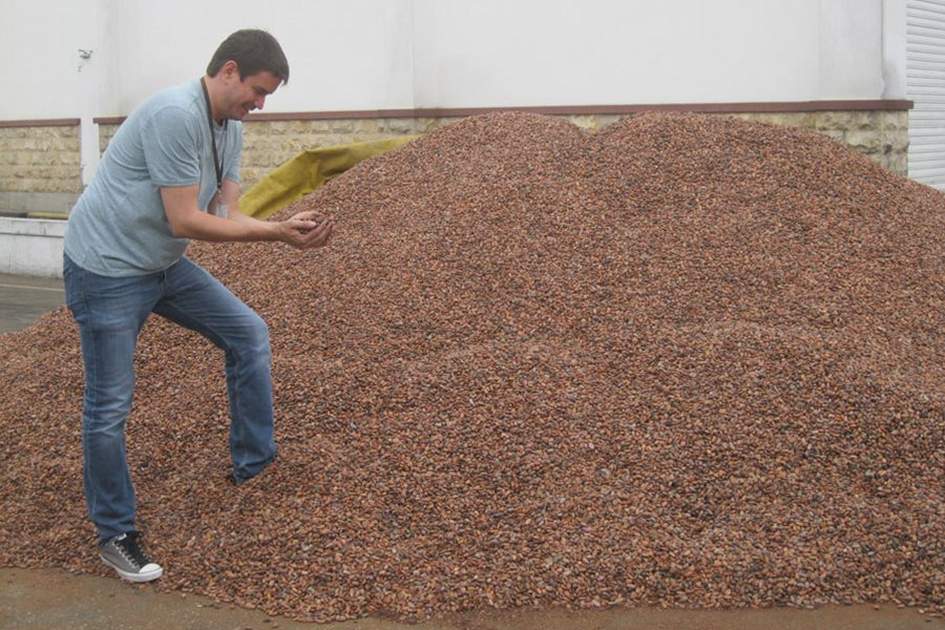 Remember: Ecuador’s chocolate industry nearly disappeared altogether. After dominating the world cacao trade in the 19th century, widespread disease brought the industry to its knees. Revival began in the 1940s but Ecuador has only just regained the giddy heights of old with its cacao, with Ecuadorian chocolate sweeping to success over US, French and Italian brands at 2012’s London Chocolate Awards. To add further panache, recent research even suggests Ecuador could be the celebrated ancestral home of chocolate: with peoples here cultivating cacao beans even before Mexico’s Olmec civilisation.

However you decide to taste chocolate in Ecuador, you will be tasting a product in its prime.

Article and photographs by Luke Waterson.