The most northern country in South America is full of surprises, including the gorgeous, remote tropical island of Providencia 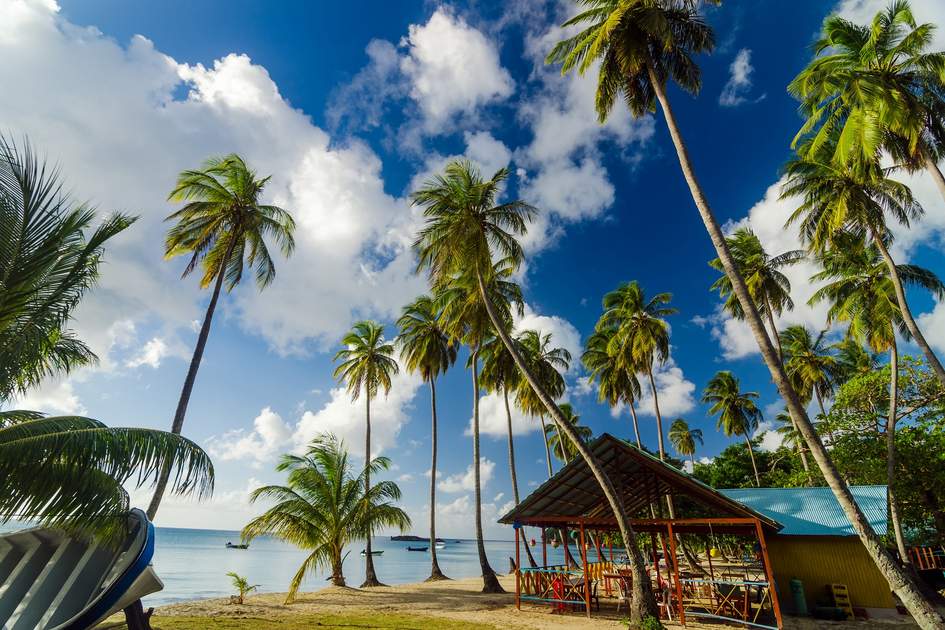 Colombia has a privileged geographic location and allure. Two coasts (Atlantic and Pacific), deserts, jungles, snowy peaks, the Andes, immense plains and metropolitan cities bustling with culture. Such a diverse offering of environments and eco-systems means a diverse array of fauna and flora, and since the country sits on the Equator, you can count on comfortable temperatures throughout the year: around 25-32 degrees Celsius in tropical settings and an approximate average of 15 degrees Celsius in its capital, Bogotá. Experience this and more on a trip with Insight Guides: both Discover Colombia and a Colombia Express itineraries visit the country's highlights.

Most travellers visit mainstream tourist hot spots of this South American country:  Bogotá, which is 2,600 metres above sea level and has nine million inhabitants; the colonial town (and Caribbean tourism mecca) Cartagena; and the orchid and textile industry hub Medellín. While all three of those destinations are rich in culture and personality, Colombia harbours plenty of secret treasure, and many of its real gems are tucked away in Providencia.

This hidden jewel of the Caribbean is your best bet when it comes to logging off and finding relaxation. Let the gorgeous and unspoiled landscapes inspire you and follow the lead of roughly 5,000 islanders, who know the value of a mellow lifestyle.

Located 110km off the coast of Nicaragua and 720km off the Colombian mainland, this green isle has a coast of 20km to charm you. Providencia is one of the reasons why vacations were invented.

Historically, Old Providence became home to English settlers who, by building commercial and military bases on the island, fought the Spanish Empire from 1627 to 1629. In fact, around 1665 the infamous pirate Captain Henry Morgan is said to have planned his raids against the Spaniards in Providencia. Even though no treasures have been found recently, there are two rock formations known as Morgan´s Head and Morgan´s Buttocks.

Where to stay & what to do

When in Providencia you can either pick the 5-star treatment at the Deep Blue Hotel, or you can opt for more rustic headquarters in cabana-type lodging, such as the Col. Either way, make the most of your first morning waking up in Providencia and take a soothing and very short boat trip over to Cayo Cangrejo (Crab Cay), off the northeast of the island. This small clump of vegetation has a wooden platform on which to leave your refreshments and bathing articles while you climb up to the top and take in an astonishing 360-degree view of the multicoloured ocean. From emerald green to intense blue and aquamarine, these waters will be calling you. So, grab a snorkel and dive into the shallow and clear waters (about three metres deep with 30 metres visibility), to witness sea turtles, starfish, flounders, lobsters, squid, crabs and all sorts of wildlife, freely bobbing about with you. Providencia has the world´s third-largest barrier reef and UNESCO named its waters part of the Seaflower Biosphere Reserve in 2000. Naturally, scuba diving is also a big activity in Old Providence.

Asides from exquisite seafood, when in Providencia make sure to enjoy the typical platter: rondón. This is a round plate prepared with pig's tail, fish and snails. Coconut rice, fruit juices (mangos fall from trees everywhere) and rice and beans are also staples. Finally, if you want to make a local toast, ask for bush rum – an artisanal beverage that got its name from the hidden bushes where this moonshine was originally produced.

Looking for an idyllic afternoon stroll? Cross the Lover´s Bridge, which connects Old Providence to a smaller island named Santa Catalina. While on Providencia you can rent bicycles, scooters or golf carts, which will make getting around the island much easier. Islanders firmly believe in fighting to keep large hotel chains out and without a big airport, they have so far succeeded. Therefore, in order to reach Old Providence you can either take a three-hour catamaran ride or board a small plane. Both depart from nearby San Andrés island, a tourism epicenter that is 90km to the south and offers connecting flights to the Colombian mainland.

Ready to take your trip to Colombia?