This week we're exploring Costa Rica, a land of earthquakes and volcanoes, where hikers can climb the Central Valley’s four active cones in just two days. 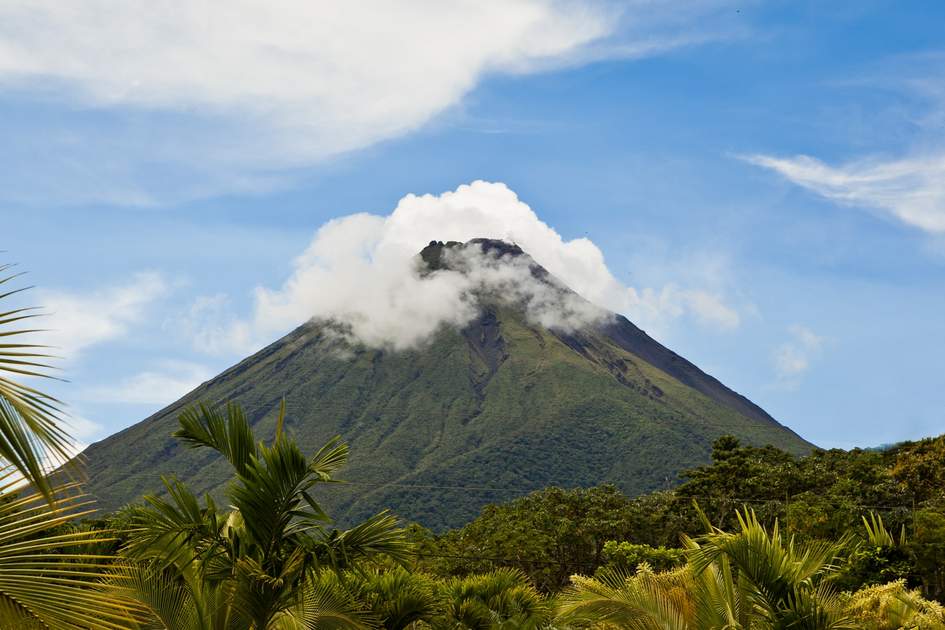 The Costa Ricans are proud of their explosive geology, and have turned the Poás and Irazú volcanoes into national parks – the most visited in the country. Visitors should remember, though, that an active volcano demands respect; proper equipment is essential and taking a guided tour will ensure the greatest safety.

The Parque Nacional Volcán Irazú now sits atop the massive volcano that dominates the landscape on the eastern side of the Central Valley. From the 3,800-metre (11,000ft) summit, it is possible on a clear day to see both the Caribbean and the Pacific. More often, you will climb above the clouds on your way to the top.

Costa Rica’s highest volcano, also known as El Coloso, broke a 30-year period of silence with a single, noisy eruption on 8 December 1994. However, the previous eruption, on 19 March 1963, the day of the arrival of President John F. Kennedy in Costa Rica, was even more powerful. For two years Irazú continued to shower ash over much of the Central Valley. People habitually carried umbrellas to protect themselves. Ash piled up on the Reventazón River, causing it to flood and destroy 300 homes. Roofs caved in from the weight of the ash and San José’s air was temporarily turned black.

A visit to Irazú today is a relatively easy half-day tour from San José. Visitors can go to the top ridge, walk along the rim of the main crater, and look across an otherworldly landscape consisting of a brilliant green lake and black and grey slopes, punctuated with plumes of white steam jetting into the air, escaping from fissures in the rock.

There are also wonderful hiking and birding trails in the Prusia sector of the park. 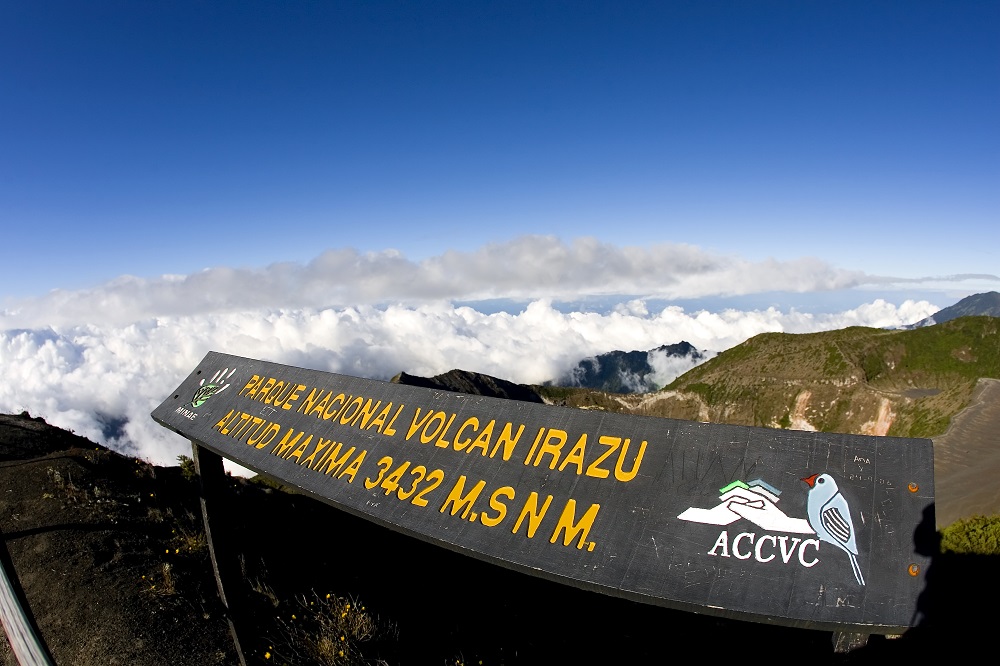 Poás Volcano has also shown more activity lately and the national park surrounding it sometimes closes temporarily when the sulphurous gas levels get too high.

From a lookout point above the crater, there is an overview of the volcano, which in 1989 shot ash well over a kilometer into the air. 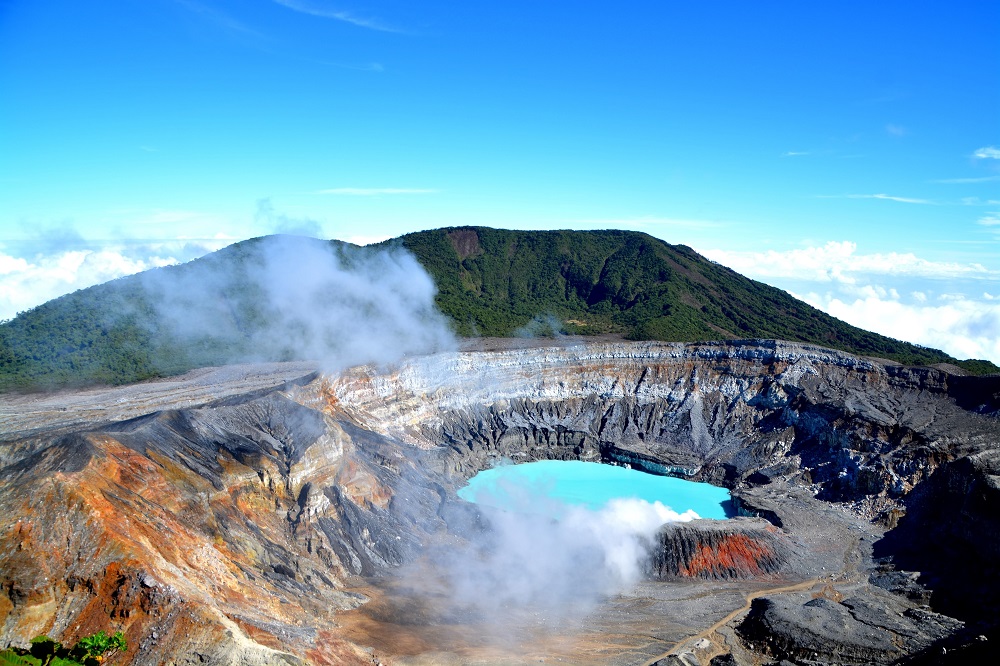 The most dynamic and majestic of Costa Rica’s active volcanoes is Arenal, a nearly perfect cone. The 1,633-metre (4,950ft) -high volcano rises above farmlands, adjacent to its own lake, and offers a spectacular show of clouds of gas and steam spewing out of the top. Up until October, 2010, that is, when it suddenly went quiet. Arenal is still considered active, but it is currently in a resting phase. 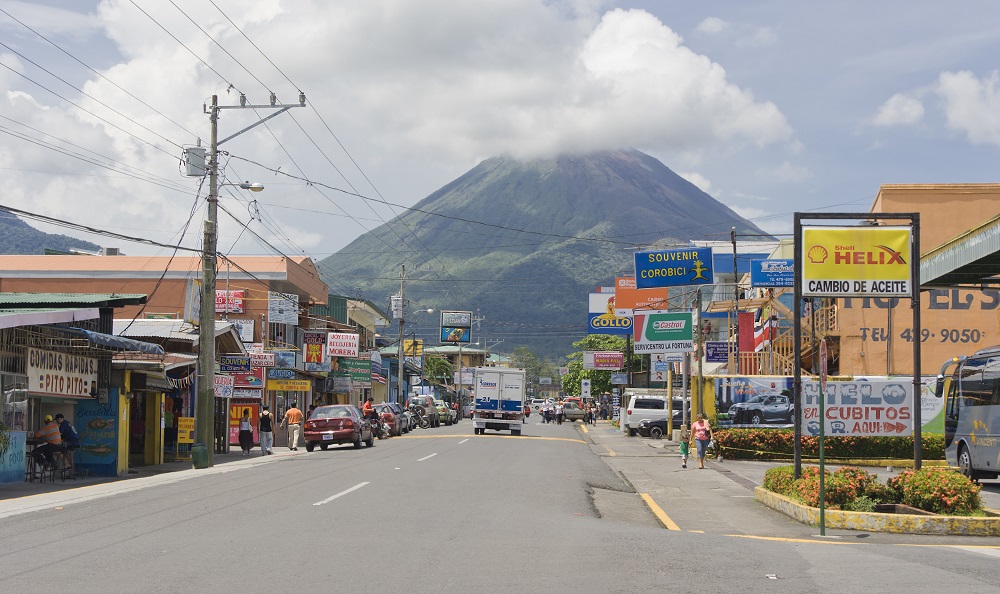 I love to travel looking for an adventure, experience close contact with nature and variety of local tastes and flavours. However while travelling with family safety and comfort becomes equally important. And of course diversity of entertainment is getting much wider. Finding right balance and making all your holidays dreams come true may be pretty difficult. Yet not this time! Supported by Insight Guides we were travelling in 60 days around Costa Rica (and a bit of Nicaragua, too) enjoying abundance of all kind activities from famous zip-lining, volcanos hiking, waterfalls baths through horseback riding, whale, bird and crocodile watching, kayaking with dolphins to surfing classes, snoorking and scuba diving excursions. And much more! Surely you can arrange everything by yourself. However, isn't much easier and funnier leave this stuff in good hands and take the most of your free time?