Destination of the month: India 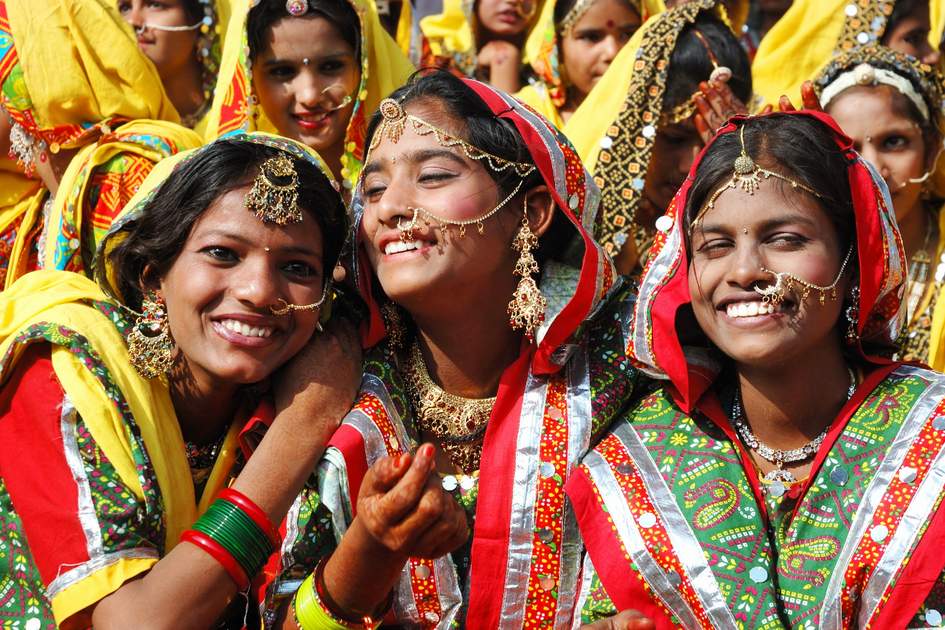 Today marks the beginning of the Holi festival in India, when exuberant participants spray each other with coloured powder and water to celebrate the coming of spring. What better time to visit this fascinating country?

With landscapes that vary from the snows of the high Himalayas to the deserts of Rajasthan, India has an almost endless variety of peoples and places to explore; the sights and sounds of this enormous country have a spellbinding effect, and live long in the memory. Despite the advances brought by 21st-century globalisation, India largely retains its mesmeric otherness, a kind of old-fashioned handmade, homespun quality that sets it apart from everywhere else.

Whether you wish to explore the lush tropical landscape of Kerala, experience the bustling cities of Delhi and Mumbai or relax on the beaches of Goa; there is something for every traveller.

India is like nowhere else on earth – thrilling, frustrating, inspiring and, most of all, incredibly diverse.

Throughout March, we will be posting fascinating features about India on our blog, so come back soon for more on this beguiling country.

Most visitors to India begin their journey in the capital of Delhi or the second city of Mumbai.

If you want to experience a capital in flux, choose Delhi

Appropriately for a county as culturally mixed as India, the nation's capital, Delhi, is a true melting pot, with a population of 15 million drawn from all four corners of the subcontinent. This sprawling city has two centres, Old and New Delhi, and a series of ancient villages and sites that have been engulfed by newer residential areas (known as colonies).

During the 1990s and early years of this century the city struggled to cope with the effects of its rapid expansion and an extreme climate. However, more recently Delhi has reinvented itself as one of the most forward-looking and best-run cities in India. Pollution has been reduced, illegal slums cleared and a state-of-the-art new metro system built. Mumbai may remain the financial hub, but Delhi is where the country’s wealthy elite – its leading industrialists and designers, as well as its writers, artists and musicians – all want to live. The new affluence has spawned a booming retail sector, too, with a swathe of glossy new malls and chic boutiques spreading southwards towards the state boundary in tandem with luxury housing projects.

This is one of the most beautiful and best-­maintained parks in the city, dotted with the tombs of the 15–16th-century Lodi rulers. The gardens are beloved by Delhiites who relish the respite it affords from the rush and pollution of the surrounding streets. In the morning you will see people running and walking in the gardens, and later on it becomes a meeting ground for young couples. If you are looking for peace and quiet it is perhaps best to avoid the gardens on public holidays, when they are full of picnicking families and are crowded and noisy.

Find more ideas for what to see in Delhi or buy one of our Delhi guide books.

If you want to discover India’s colonial history, choose Mumbai

Rather than Delhi, Mumbai is the place for Raj buffs to start out, for it holds some of the most splendid and best preserved British-era buildings in India. Once just a chain of swampy, malaria-ridden islands inhabited by a few fishermen and peasants tapping toddy from the palm trees, it didn’t seem a great loss to the Sultan of Gujarat when he ceded it to the Portuguese in 1534. They passed it on to the British as part of Catherine of Braganza’s dowry to King Charles II in 1661. The East India Company picked it up for a song at a rent of £10 a year for the next 62 years.

The metropolis of Mumbai sets the pace for all western India, its commerce, cinema, energy and global profile instrumental in the rise of the country’s ambitions. Known until 1996 by its former British name, Bombay – Mumbai is a city of superlatives. Nowhere else in the country looms as large in the popular imagination, or exerts such far-reaching influence.

Northwest of the station is the bustling Crawford Market (known in post-Independence as Mahatma Jyotiba Phule). Behind the brick facade with bas-relief friezes by Kipling’s father over the gate, the stalls retain their original layout: vegetables to the left; fruit and flowers to the right; and fish, mutton and poultry straight ahead. Beyond Crawford Market lies the heart of Mumbai, where Indians from the entire subcontinent compete in the bazaars. Among the extravagantly coloured Hindu temples, and mosques in the Muslim neighbourhoods, Jain merchants sell gold in the Zaveri Bazaar, while other streets specialise in silver, brass, copper, leather and lace.

Find more ideas for what to see in Mumbai...

Plan your trip to India

For practical advice on how to prepare for a trip to India, visit our India trip planner page or buy one of our India guide books.