Eating Your Way Across America

This month we're looking at how to plan a road trip across the USA. And a big part of the road-trip experience is sampling all the regional foods you’ll encounter along the way.

America might be the country of hamburgers and fries, but if you’re willing to experiment a little and avoid the infamous golden arches, you’ll be able to chow down on some of the country’s most unique cuisines.

Slow-cooked barbecue leans heavily on pork in the South and East but, invariably, beef in the West. Each region has its own style and fan base. You’ll find aged beef with a smokey tomato sauce in Texas and “pulled” (shredded) pork in vinegar-based sauces in the South: Memphis, Tennessee, famous for its barbecue, offers both wet and dry versions. 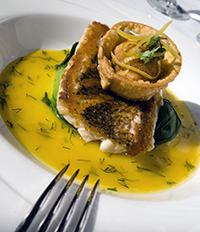 Coastal America is a haven for fresh seafood – from lobster and clams in New England and grouper on the Gulf to snapper in California and Dungeness crab and salmon in the Pacific Northwest. Inland mountain lakes, rivers, and streams in the Rockies and the Cascades and the Mississippi Delta support rainbow trout, striped bass, catfish, and numerous other delicate freshwater fish.

The Pacific Coast’s huge Asian population has led to a lighter fusion cuisine from California to Washington, combining traditional meat and fish with Chinese, Japanese, Vietnamese, and Thai flavors that linger in the mouth.

Plan a coast to coast odyssey: Insight's On the Road northern route

Southern food, while playing up deep-fried chicken, boiled ham, collard greens, hush puppies, grits, pecan and sweet potato pie, and other “po’ folks” foods, has a fusion all its own. The region’s Latin, Afro-Caribbean, and French roots are major influences, with the latter’s rich Continental-style cuisine as the main fine-dining option.

Rich meets spicy in New Orleans, with its complex gumbo stews and smothered Cajun dishes like crawfish étoufée, and in Florida, where Floribbean cuisine combines fresh fish, local citrus and other fruits, and West Indian spices.

Mexican food is ubiquitous – sometimes authentic, but often involving quantities of meat and cheese in “Tex-Mex” concoctions that are a far cry from simple tortillas, tamales, and enchiladas. In Cowboy Country, blowout steak dinners are accompanied by the fixings – baked potatoes, sweetcorn, and coleslaw.

Out West, look for delicious, low-fat, grass-fed bison, venison, elk, and other game accompanied by wild greens, pinyon nuts, and wild berries, mainstays of Native American cuisine that have a growing following.

If you’re driving across the emptier stretches of the country, your choices will probably be more limited. No matter where you go, you’re likely to become well acquainted with that all-American staple of life on the road: the truck stop. These roadside facilities typically include a restaurant or food court, fueling station, restrooms, and a convenience store with snacks and essentials. Many also have shower facilities for the long-haul truck ­drivers who stop for rest and refreshment. If you feel like you could use a rest, don’t be afraid of using these facilities. It is far safer to stop for a nap than to keep driving when tired.

Another American icon is the diner, a prefabricated restaurant, traditionally with a layer of stainless steel covering the outside of the building. Diners are casual establishments ­serving a wide range of grilled and fried food such as burgers, sandwiches, French fries, eggs, bacon, waffles, and pancakes. Customers can dine in booths or on stools at the counter. Nowadays the word "diner" is often used for any restaurant serving typical diner food, whether or not it is a true diner in the traditional sense.

More road-trip advice: renting a car for your journey 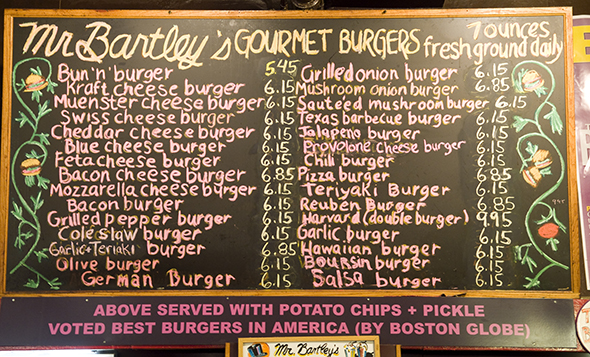 To read more about what to see in the United States, visit our USA destination pages.

See also our guides to the Northern route, from east coast Boston to west coast Washington state, and the Atlantic route, from New York City to Key West, Florida, plus tips on renting a car for your journey, and road trip survival skills.

Film critic Scott Jordan Harris takes us on a tour of some of the best locations from US road movies, and we have a June competition to win DVDs of five road movie classics.

Or choose from one of our fantastic USA travel guides, including US on the Road...