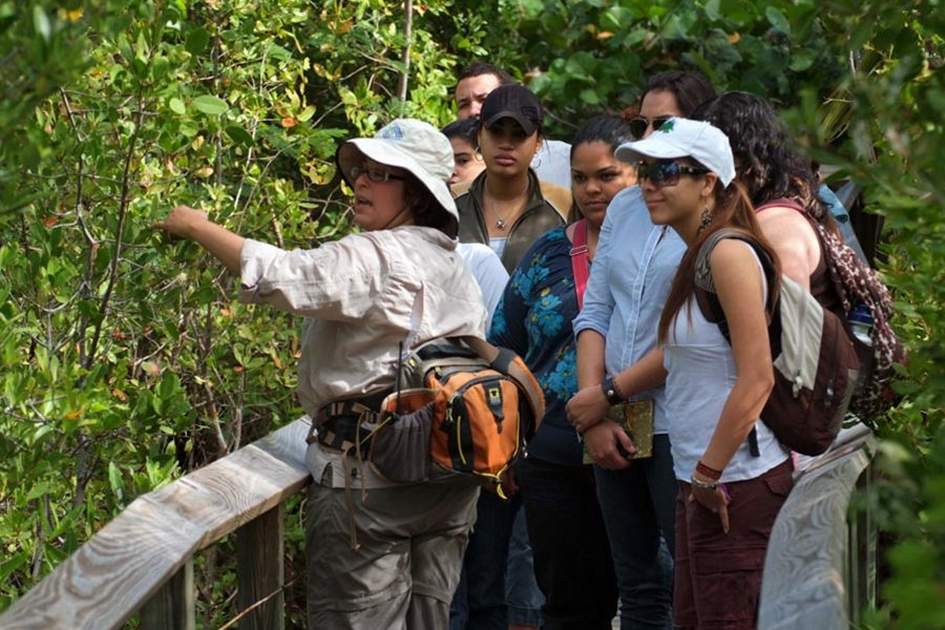 Beyond the cities, the sun, the sand, and the water, Puerto Rico is an eden for nature lover.

Puerto Rico is among the most industrialized and heavily populated of the Caribbean islands, yet there are still areas where you can escape modern life and imagine the island as it must have been before the arrival of the Spanish. Less than 1 percent of the land is virgin forest, yet there are several reserves preserving the fauna and flora of primary and secondary forests. For the visitor, many of these protected areas are easily accessible.

The rainforest of El Yunque National Forest encompasses approximately 28,000 acres (11,000 hectares), where you can find a variety of plant and animal species living in several different ecosystems depending on the altitude. It is home to more than 240 kinds of trees, 20 varieties of orchids, 150 species of ferns and a plethora of flowers. You can also find around 17 endemic species of birds, including the endangered Puerto Rican parrot and the Puerto Rican lizard-eating cuckoo or Pájaro Bobo. The tiny coquí frog, which derives its name from its distinctive chirp and is a 0.25–1ins (6–25mm) in size, also lives in El Yunque, although it is found all over the island.

Whether you want to go birdwatching or would simply like to enjoy the variety of plants, El Yunque has 24 miles (38km) of hiking trails across the park (see page ). Visitors can also explore areas where crowds and tour buses cannot go. Several companies offer private guided ecotours of El Yunque, day or night. Some companies hold special permits to be in the forest after 6pm.

Visitors can also find other types of forests throughout the island, such as the Guánica Biosphere Reserve and State Forest, west of Ponce. A subtropical dry forest, with upland deciduous forest, semi-evergreen forest and scrub forest, it is home to around 700 plant species, of which 48 are endangered and 16 exist nowhere else in the world. It was designated a forest reserve in 1919 and the UN declared it a Biosphere Reserve in 1981, considering it the best example of a dry forest in the Caribbean.

Approximately half of Puerto Rico’s birds and nine of the 16 endemic bird species are also found here, including the Puerto Rican woodpecker, the Puerto Rican nightjar and the Puerto Rican emerald hummingbird . There are 12 marked trails here, covering 37 miles (58km) but remember to take plenty of drinking water, sun protection, and mosquito repellent with you as the forest is very hot and the trails do not always have shade. Along the Ballena Trail you will find an ancient guayacán tree, whose trunk spans 6ft (2 meters) across and is believed to be 700 years old.

The Aguirre Forest Reserve at Guayama on the south coast protects mangroves, tidal flats, lakes, and bird nesting sites. Bordering it is the Jobos Bay National Estuarine Research Reserve. The estuary is dominated by seagrass beds, coral reefs, and mangroves as well as mudflats and evergreen littoral forest. Boardwalks through both reserves allow you to see the ecosystem up close, or you can paddle a kayak through the canals and along the coast. If you're lucky, you may also see manatee and sea turtles. The mangroves on the south coast tend to die behind the outer fringe because not enough water is received to wash away the salt. This leaves areas of mud and skeletal trees that flood at times of spring tide making a popular feeding ground for water birds; in winter many ducks stop on their migration routes at Jobos. The mangroves on the north coast, at Piñones Forest, stretch inland for a considerable distance. Here you can hire bikes (or kayaks) and cycle or hike along a boardwalk which runs along the coast and inland into the mangrove forest. 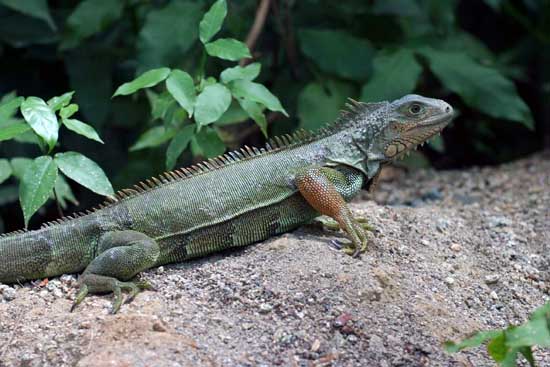 Caves to be explored

Puerto Rico also boasts an intricate system of caves called the Río Camuy Cave Park in Camuy. It is one of the largest cave systems and the third-largest underground river in the world, which runs through a network of caves, canyons, and sinkholes. There are guided tours to see stalactites, stalagmites, and multitudes of bats.

For those who seek a little more adventure, private companies offer expeditions to other caves that are not accessible to the public. Near the Camuy Cave Park, you can find Cueva del Infierno, which has around 2,000 caves, where you can find 13 species of bats, coquí frogs, crickets, and an unusual arachnid called the guavá, among many other species.

Bioluminescence Puerto Rico has several bioluminescent bays, also referred to as phosphorescent bays, where you can see the water glow at night thanks to microscopic organisms called dinoflagellates. It is one of the few places on the planet where you can enjoy this phenomenon almost every evening. However, the effect can only be seen properly in pitch darkness, so try not to go on the night of a full moon.

On Vieques, just off the coast of Fajardo, you can find the Puerto Mosquito Bioluminescent Bay Natural Reserve, considered to be one of the most spectacular in the world for its brightness. You can either take a kayak-guided tour of the bay or opt for an electric pontoon boat. La Parguera Bioluminescent Bay, in the southwestern town of Lajas, is popular. Once you arrive at the area of La Parguera, you will find countless boating services that offer excursions to see the bay. Las Croabas lagoon in the northeast is also bioluminescent. Tour guides take you through the lagoon on kayaks rather than on polluting motorboats. Both La Parguera and Las Croabas have suffered from pollution and it is now forbidden to swim at Las Croabas. This has already had a beneficial effect on the dinoflagellate population and numbers have increased.

Read about staying in a eco-lodge in Costa Rica...