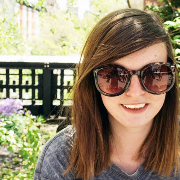 What better way to begin your exploration of Beijing than with a tour of the imperial heart of the city, discovering the history of the Ming and Qing dynasties? This tour will highlight Beijing's most significant cultural sights, from the imposing structures of the Communist regime, to the largest public square in the world, to the hidden secrets of the Forbidden City, before rounding it off with with a relaxing stroll through the gardens of Coal Hill Park. 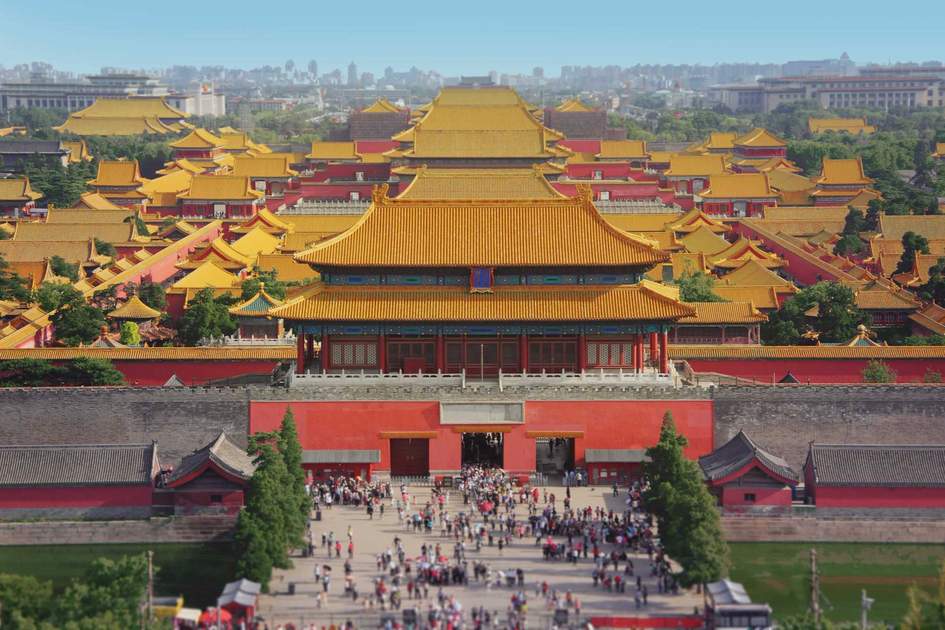 Forbidden city in Beijing from above. Photo: Shutterstock
PrevNext

For over half a millennium, the Forbidden City was the centre of imperial politics and administration in Beijing, while Tiananmen Square formed the backdrop to major post-dynastic revolutionary events and was a place of significance for both Communist and imperial affairs. You will begin your tour of Beijing here in the heart of the imperial city, where Chinese classical heritage and revolutionary symbolism combine.

Below you will find a list of recommended sights to visit along the way, compiled by our highly-knowledgable local experts. To begin the tour, take the subway to the Qianmen, Tian'anmen Xi or Tian'anmen Dong stops. Be sure to bring snacks, refreshments and plenty of water for this day-long tour, as there is little opportunity to purchase such items once inside the walls of the Forbidden City.

Walk through Qianmen, the largest of the nine gates built into the wall that used to embrace the inner city, with the Imperial Palace at its centre. The gate was originally used for the emperor's annual visits to the Temple of Heaven, where, after three days of fasting, he would pray for a good harvest. This is a great vantage point to begin to examine the layout of old Beijing.

Join the throngs paying their respects at the shrine to Mao Zedong which was completed in 1977, just one year after his death. People from all over China flock here in droves to visit and it can get very busy. Be aware of the reverence of those around you and be respectful. You can pick up some socialist souvenirs just outside.

Relax for a while in what is now the largest public square in the world. In the Ming and Qing times, two rows of ministry offices stood on this site, however many of the original buildings were demolished. Since the end of imperial times, the square has been the centre of Chinese politics, and conjures up a wide range of emotions for the Chinese. Experience Tiananmen Square in all its glory with Insight Guides' The Best of China itinerary. 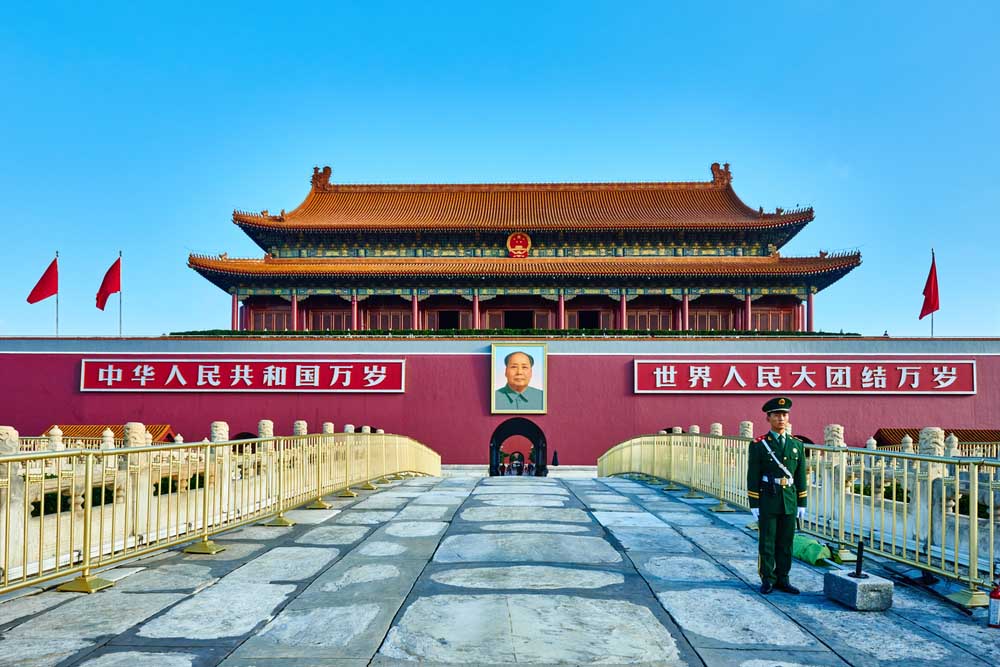 A lovely detour from the main tourist trail on a warm day. Originally the Altar of Land and Grain, where the emperor would pray and make sacrifices for a good harvest, the park is now home to exquisite botanical gardens and the Forbidden City Concert Hall, one of the best in the city.

Enter through Tiananmen Gate and follow the long approach to the entrance to the Forbidden City. Once inside, you can rent an audio guide to help you explore this vast historical monument. The palace was completed in 1421, after 17 years of construction and was the imperial residence, and the centre of the Middle Kingdom until 1911 and home to the emperors of the Ming and Qing dynasties. Enjoy an in-depth, guided exploration of the Forbidden City with Insight Guides' The Best of China itinerary.

After you have finished at the palace, cross over Jingsan Qianjie to Coal Hill Park. This is the best place to appreciate the sheer size and scale of the palace complex, and is especially breathtaking at night when lit up by spotlights. The artificial hill was built with the earth taken from the palace moats in the early 15th century.

Taking a holiday to Beijing: how to get started

Insight Guides can help you with planning, organising and booking your trip to the Beijing. Simply, get in touch and share your budget, interests and travel style. Our local experts will create an itinerary exclusive to you and your requirements, which you can amend until it's just right. Alternatively, browse and modify ready-made holidays to create your dream trip today.