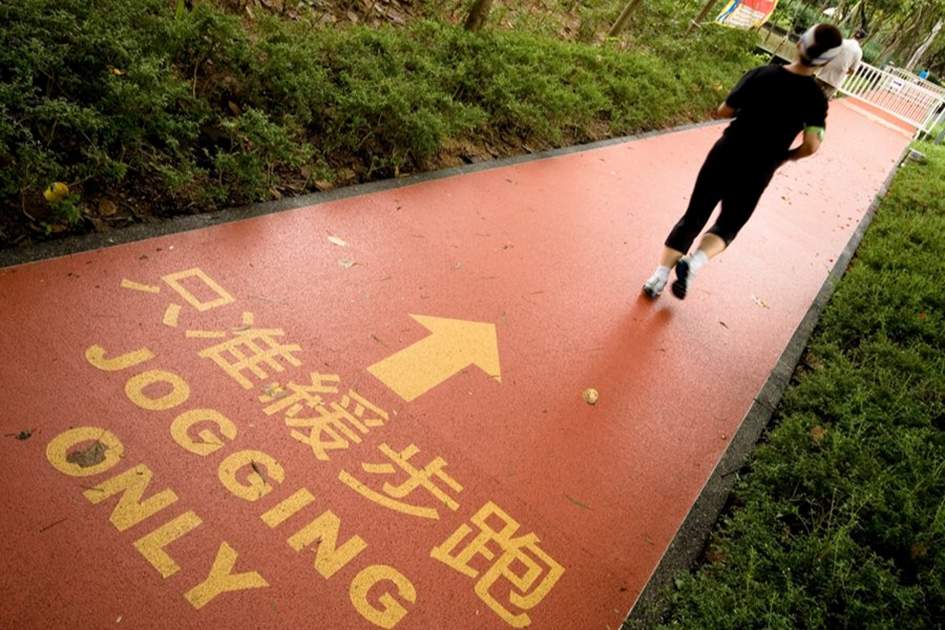 The 2008 Summer Olympics threw China’s spotlight on sport, but with pollution often at the lung-tingling level, the average Beijing resident is usually content with a morning spell of t’ai chi or an indoor match of ping pong. However, the capital does have a growing sporty side, and last Sunday 14th, Beijing hosted its annual marathon, which sees thousands of runners gathering in the early hours of the morning.

Fancy yourself as the next Paula Radcliffe/Wilson Kipsang?

Starting in Tiananmen Square, the race finishes 26.2 miles later in the National Olympic Sports Center, having taken in the districts of Dongcheng, Xicheng, Haidian and Chaoyang. The time limit has been set at 5 hours, but a half marathon, 9km run and mini marathon are also held on the same day, with events attracting up to 30,000 participants overall. The Japanese runner Kodana Taisuke and Ethiopian runner Abebe Mekonnen share the record for this race, with a time of 2:07:35.

This time of year is also the perfect season to visit Beijing; for much of central and southern China, the autumn period (Sept–Oct) offers the best chance of pleasantly warm and dry weather. Visiting in the spring and autumn also mean avoiding extreme temperatures in northern and western China. Be aware however, that the first week of October is also a holiday period. National Day, marking the founding of the People’s Republic of China, is celebrated throughout the week starting 1st October, and is incredibly busy.

Also taking place yesterday was the very first Red Bull Hong Kong Soapbox Race. This wacky race sees those of a less elite sporting ability race downhill in home-built, non-motorised vehicles. Teams have to first submit their soapbox designs, allowing the organisers to create a shortlist. Crazy contraptions in this year's line-up depicted fishball soup, vampires and Chinese literature in their designs. Although speed is a factor, the teams are also judged on showmanship and creativity, with the winning team getting tickets to the Formula 3 Macau Grand Prix.