Exploring La Palma: the wilder side of the Canary Islands

To the far northwest of the Canarian archipelago, the mountainous island of La Palma packs an enormous variety into its modest proportions. From emerald-green, mist-cloaked forests to vertiginous rocky peaks and hidden volcanic beaches, its unspoiled landscapes are ripe for adventure. 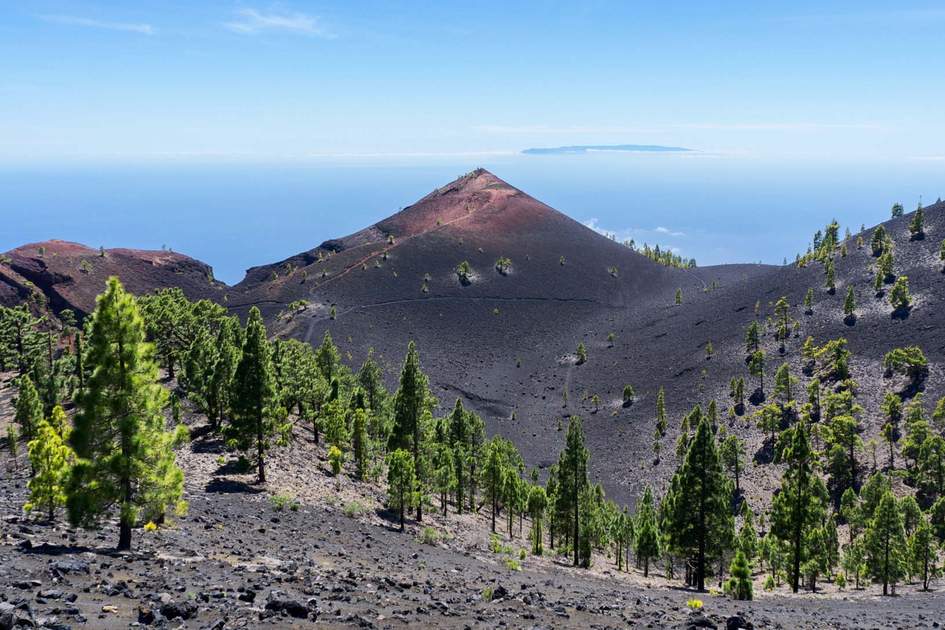 From rugged volcanic peaks to lush pine forests and secluded black-sand beaches along its rocky coastline, there is much natural beauty to discover on the most north-westerly of the Canary Islands. Here is our guide to exploring La Palma.

Hike the Route of the Volcanoes

La Palma has a reputation as the steepest island in the world, and your bird’s-eye view as you come in to land soon confirms why: precipitous cliffs rise from the rippling ocean, with barely a flat surface in sight. For hikers not fazed by the odd energetic climb, this is idyllic walking territory – the island has more than 1000km of trails, and very few require anything more technical than a stout pair of walking boots and a moderate level of fitness.

For stupendous views and dramatic scenery, the Ruta de los Volcanes stands supreme. Part of the long-distance GR-131 route, this epic day hike along the island’s volcanic spine, the Cumbre Vieja, provides a thrilling taste of the seismic forces that shaped this barren landscape.

The 19km trail climbs steeply from the neat mountain refuge of El Pilar through pine-scented forest before opening out into a series of massive peaks that on a clear days give shimmering views across to the neighbouring islands of Tenerife, La Gomera and El Hierro. After a challenging slog across fields of deep picón (loose lava), the speedy descent through soft, yielding sand comes as something of a relief, eventually discharging you, jelly-legged, in the pretty town of Fuencaliente at the island’s southern tip – famous for its sweet malvasia wines.

It’s an exhausting, exhilarating hike, but get here quick: the Cumbre has lain dormant since 1971, but the rate of tremors has increased in recent times and chances of a major eruption grow with each passing year. 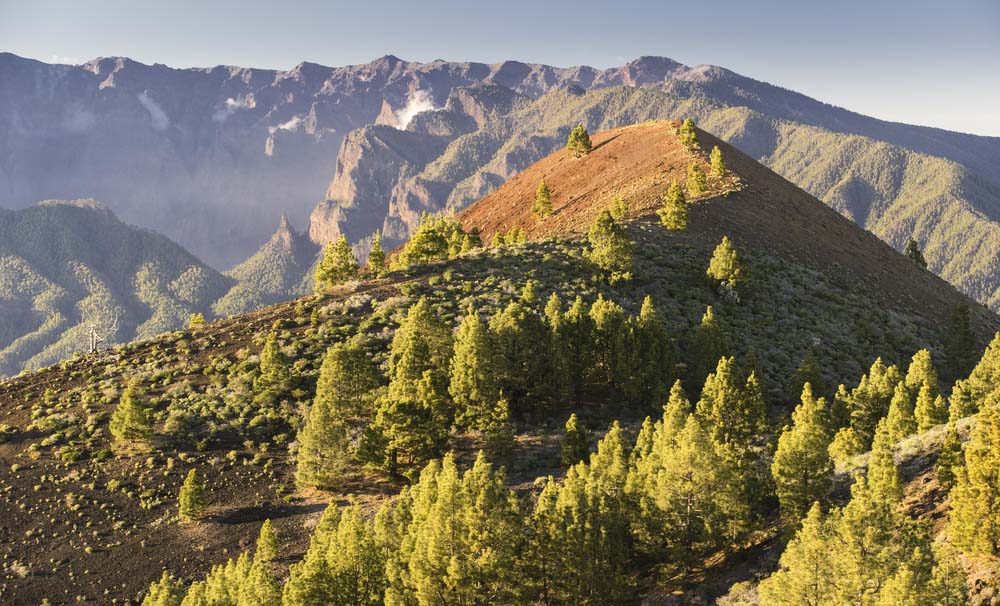 If La Palma’s rocky spine at times resembles an inhospitable wasteland, the island’s lush, green north makes a striking contrast, as well as providing its favourite epithet: La Isla Bonita. This is La Palma at its wildest and most remote, epitomised by magical Los Tilos, a dense swathe of verdant laurisilva forest that drips with sylvan life.

Starting from the Casa del Monte trailhead, accessible only by 4x4, another superb day hike leads you through a network of dark tunnels (a torch and waterproofs are essential) along narrow, rock-hewn paths that cling to ever steeper ravines. Giant, prehistoric-looking ferns burst from the forest floor and numerous lianas hang down from the treetop canopy. It’s a cinematic odyssey that doesn’t let up in intensity until the final steep descent. Finish off with a dip in the exquisite natural sea pools at Piscinas de la Fajana, a short drive north close to the town of Barlovento – the ideal place to soak your weary bones. 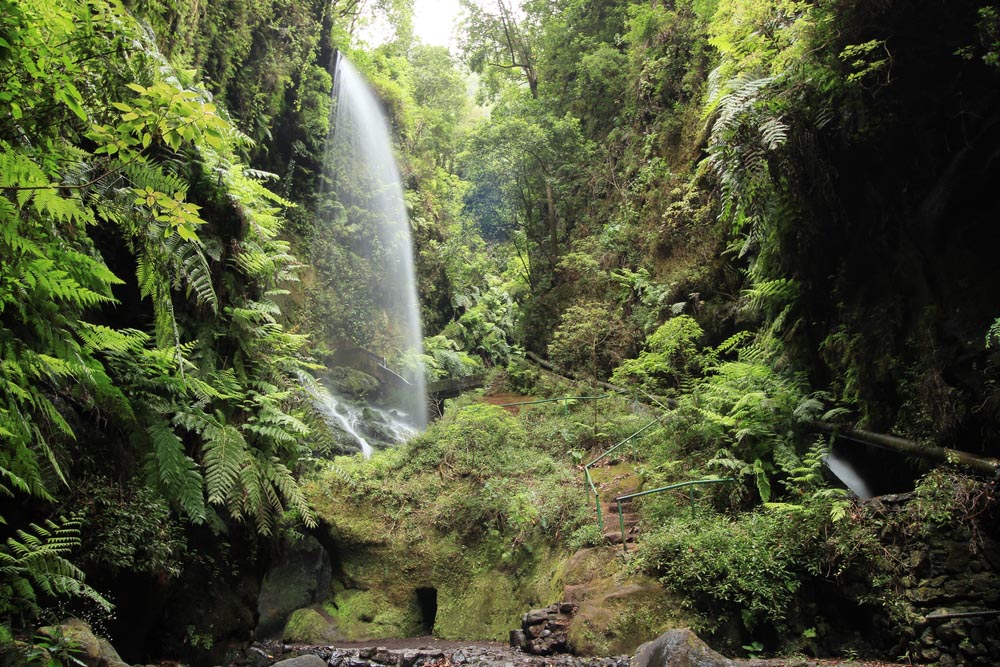 Search out a hidden beach

Other islands in the Canaries may gain greater plaudits for their acres of white sand – one of the factors that has helped keep La Palma mercifully free of overtourism – but the island’s rocky shoreline is peppered with black-sand beaches. For maximum year-round sun worshipping opportunities, head to the west coast: it’s not unusual for the east side to be cloaked in swirling mists while the west basks under clear blue skies.

A 45-minute drive from Santa Cruz de la Palma, the handsome and historic capital, Puerto Naos makes an ideal base: a pleasant, laidback resort with a broad sweep of fine volcanic sand, backed by towering palm trees and sheltered by a panorama of tall cliffs. Operators offer sporting activities from scuba diving to tandem gliding, but make sure you’re back in time to drink in the sunset with a typically bucket-sized gin tonica at one of the beachfront seafood restaurants.

A half-hour drive north through the banana terraces that blanket this region, Playa Tazacorte sees more sunshine than any other part of the island. It also boasts an even more dramatic location, with a gently curving bay set between steep vertical cliffs and a stunning backdrop of corrugated hills trailing inland. It was at Tazacorte beach in 1492 that Spanish conquistadors first landed in La Palma, and boats still ply along the coast from the town’s picturesque harbour. Take a glass-bottom boat tour to visit secluded caves and hidden beaches; rorquals and dolphins often come along for the ride. 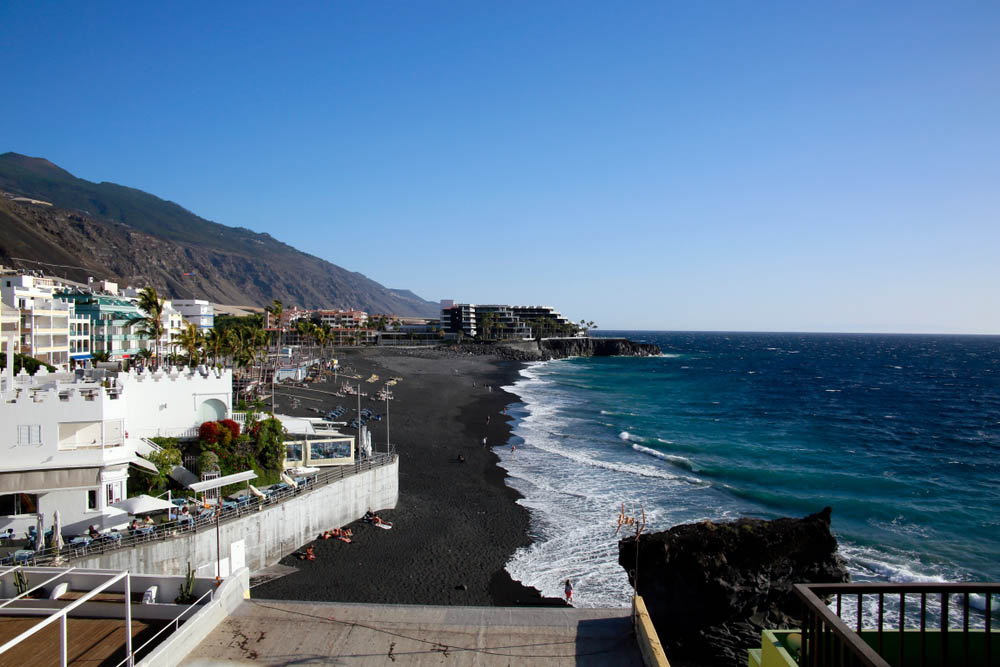 Stargaze on a night sky tour

If this remote island’s wild, elemental landscapes don’t fill you with wonder, look up to the skies on a clear night and it’s hard not to feel a sense of cosmic awe. Designated UNESCO’s first Starlight Reserve, with more than 250 clear nights a year, La Palma has the darkest, cleanest skies in Europe and ranks alongside Hawaii and Chile’s Atacama Desert as one of the best stargazing locations in the world.

A far-sighted Sky Law, in place since the 1980s, keeps light pollution to a minimum, with harsh white street lighting banned in favour of the ethereal orange glow of low-pressure sodium lamps, while a network of astronomical viewpoints has been set up across the island. Keen astronomers shouldn’t miss a visit to the Observatorio del Roque de los Muchachos (ORM), close to La Palma’s highest point at 2,400 metres. This otherworldly site, on the edge of a giant caldera that plunges around 1,500 metres, is home to a cluster of gigantic telescopes that make the rocky ridge feel like the backdrop to a James Bond movie. The ORM is closed to the public at night, but morning tours provide a fascinating insight into the workings of the instruments, including the most gigantic of them all – the Gran Telescopio Canarias (GTC), the largest optical infrared telescope in the world.

To delve into the final frontier itself, wrap up warmly and spend an evening with one of the knowledgeable guides at the excellent local stargazing outfit, AdAstra. A trained astronomer will meet you at an astronomical viewpoint – the miradores at Llano del Jable and Llano de la Venta, both in the Cumbre Vieja, are best – and expertly navigate the sky’s current configuration using laser pointers and powerful amateur telescopes. Gazing up at the shimmering celestial canopy from what feels like the roof of the world, the stars really do seem ten times closer. 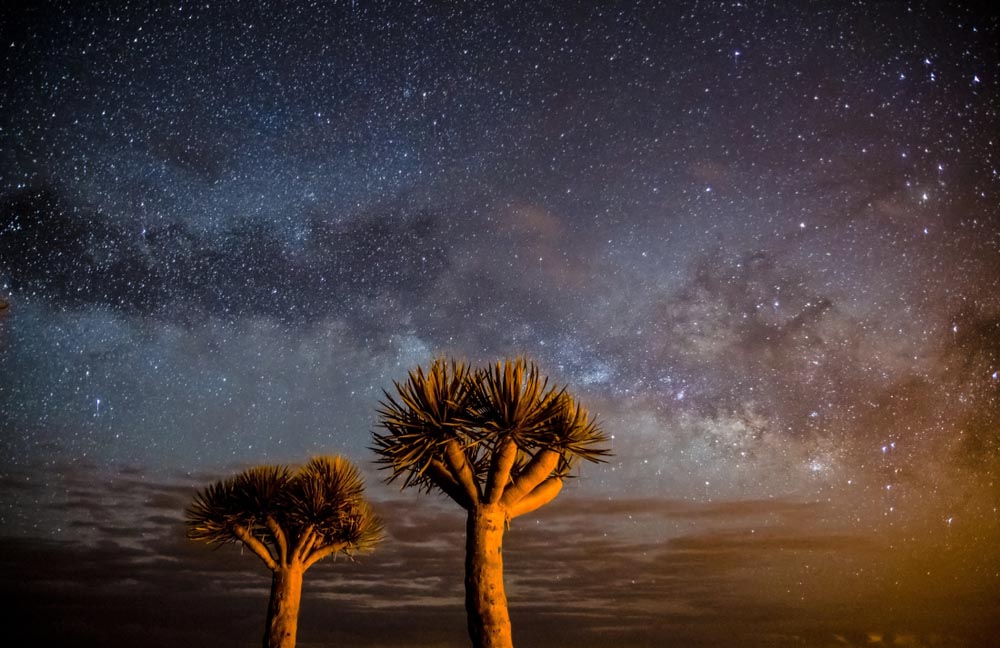 Insight Guides can help you plan and book fantastic trips to Spain. Simply get in touch with us to share your ideas for the trip and let us know when you would like to travel. Our local experts will then create a personalised itinerary especially, which you can amend until it's exactly how you want it before booking. You can browse our existing itineraries for inspiration, and keep in mind that they can all be tailored to suit your specific needs.

Well the trip to Spain went off without a hitch, thanks to you! It was first class all the way. The hotels were marvellous. And the guides in Granada and Barcelona were intelligent and informative.