Shanghai People’s Square offers the best of modern Shanghai, a world-class museum of Chinese artefacts, another for contemporary art, and a majestic theatre. And there’s the throng of Nanjing Road, one the world’s busiest shopping streets. Here’s our guide on what to do in People’s Square. 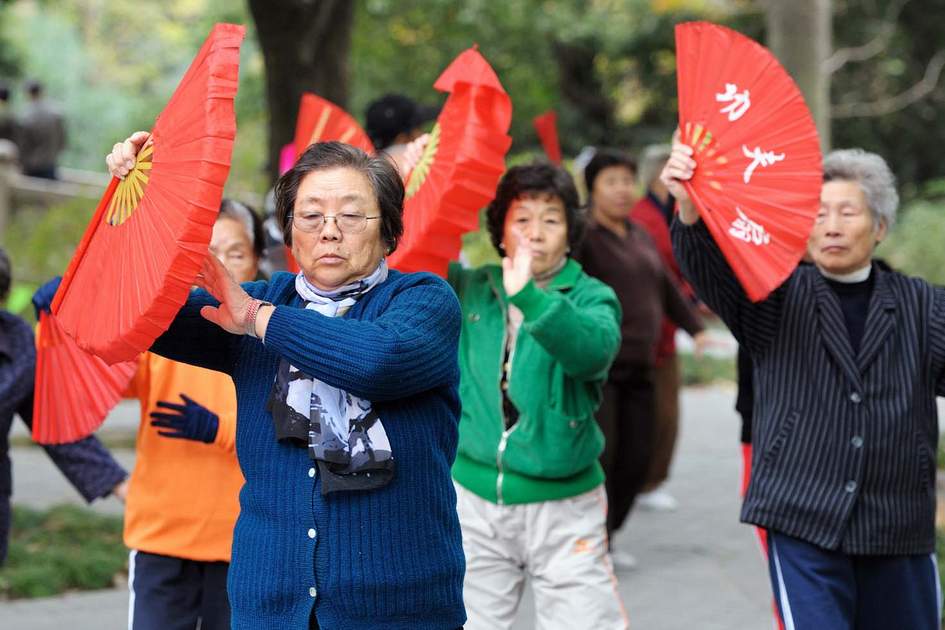 People’s Square showcases the Shanghai of today. There are world-class museums, a theatre, five-star hotels, and the imposing Shanghai City Hall at its heart. The buildings, all constructed during the late 1990s, seem to have been lifted from a futuristic urban planner’s utopia. Each makes a significant architectural statement. Together, they symbolise the arrival of Shanghai as a city that can compete on the world stage.

People’s Square sits at the exact geographical midpoint of Shanghai. Several of the city’s main metro lines converge at the square, bringing people from all over the metropolis to its cultural and political hub. The perimeter of People’s Square, bounded by Nanjing Road, Huangpi Road, Central Xizang Road and Wusheng Road, once defined pre-Liberation Shanghai’s racecourse. It was here that millionaires used to race their horses. The wartime Japanese command used the racetrack as a holding camp. The post-war Kuomintang government turned it into a sports arena. By 1952, the government had paved over part of the racetrack for a parade ground and turned the remainder into a public park.

Just behind People’s Square, People’s Park is smaller today than it was during the time of the Concession. Still, the park has pleasant tree-lined paths, a small lake and rock gardens. It also offers a night-time haunt called Barbarossa Lounge, with exotic Arabian Nights-style decor and sweet-smelling sheesha smoke.

Within People’s Park, the Museum of Contemporary Art, known as MoCA Shanghai, was the city’s first independent contemporary art museum. With a focus on fun and thought-provoking exhibitions, it shows international and Chinese contemporary art. Controversial French photographers Pierre and Gilles have exhibited here, as has Japanese artist Kusama Yayoi. You can view exhibitions on the first two floors of this three-storey glass building. The third floor houses a restaurant with an outdoor terrace overlooking the verdant park. 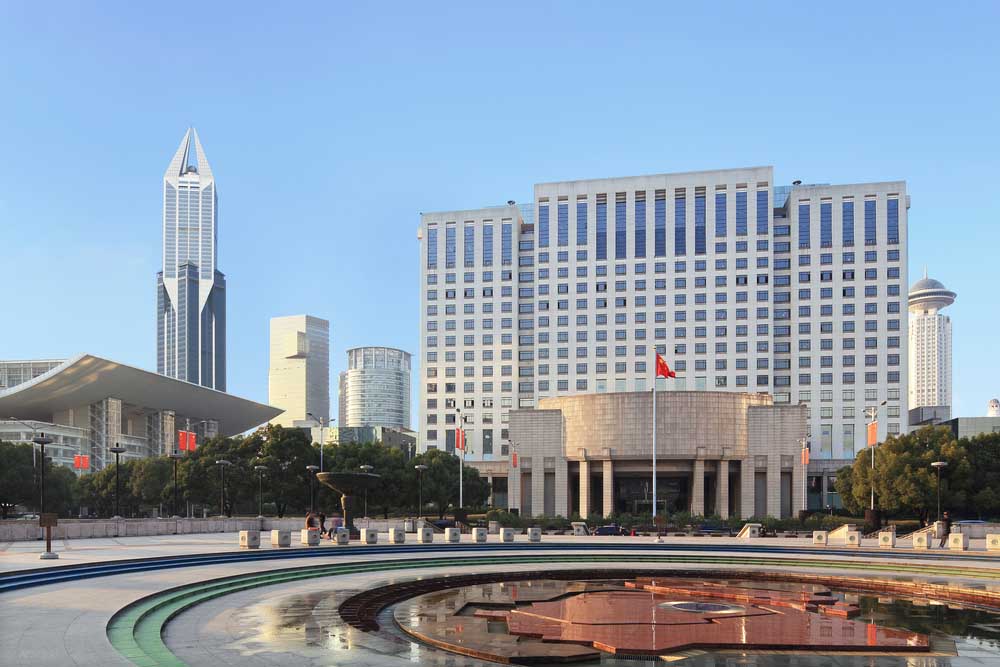 Virtually the last remnant of People’s Square racetrack days is the 1933 former Shanghai Racing Club – located adjacent to MoCA. The letters ‘SRC’ are still engraved over the granite building entrance. ‘Big Bertie’, the nickname given to the clock tower, still ticks, and the horse heads on the ironwork banisters remain intact. The building formerly housed the Shanghai Art Museum until its collection was transferred to the China Art Museum, and its Shanghai Biennale to the larger Power Station of Art in 2013.

Just opposite, the Shanghai Grand Theatre was designed by acclaimed French architect Jean-Marie Charpentier. The futuristic glass confection has flamboyantly upturned eaves – mimicking a traditional Chinese roof – that glow when lit up at night. Completed in 1998, the 10-storey theatre hosts a vibrant programme of ballet, classical music and opera, as well as touring Broadway musicals and revolutionary operas.

A visit to the striking nearby Shanghai Urban Planning Exhibition Centre helps to make some sense of Shanghai’s building frenzy. The mezzanine floor tells the story of the city’s development from fishing village to Concession. The second floor houses temporary exhibitions, and the third floor focuses on the government’s efforts at providing modern housing. Visitors can take a virtual tour of Shanghai in the 360 Degree Virtual Hall. A stunning expansive scale model of downtown Shanghai depicts every building over six storeys high. The fourth floor displays the city’s plans for the remainder of the 21st century, while the top floor's cáfe offers one of the best views in the city. 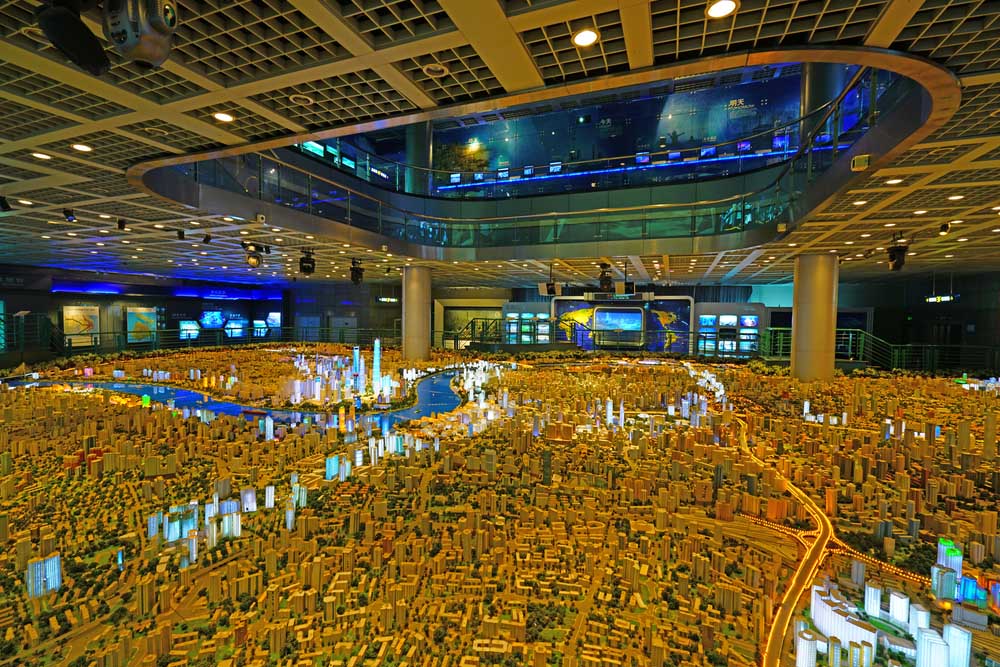 Across the street, a landscaped plaza fronts the Shanghai Museum. Designed by Chinese architect Xing Tonghe, the massive granite structure opened in 1996. Shaped like a ding, ancient cooking vessel, the museum focuses on the arts and crafts of China. Beautifully laid out and lit displays showcase one of the largest collections of Chinese art in the world. Highlights include galleries devoted to ancient bronzes, ceramics and jade artefacts, as well as the nation’s largest and most extensive collection of Chinese paintings, hung in the Chinese Painting Gallery.

One of People’s Square’s great attractions was that around its sparkling core is a historic ring of legendary landmarks that defined the Shanghai of years gone by – the tallest hotel, the best theatre and the wildest entertainment. These wonders of Old Shanghai now stand in the shadows of modern high-rise structures, creating a contrasting texture. Today, it’s the plush JW Marriot hotel, housed in the skyscraping Tomorrow Square building, that looms over the old-world Park Hotel.

The Park Hotel is a famous historical Shanghai landmark. The hotel’s interior has been renovated and its status as Asia’s tallest building long since surpassed. But the elegant Park’s brown-tiled tower still dominates its section of Nanjing Road. Built in 1934 for the Joint Savings Society, the establishment served as the first hotel school for Chinese students. Step into the lobby to see the marker indicating the geographical centre of Shanghai. 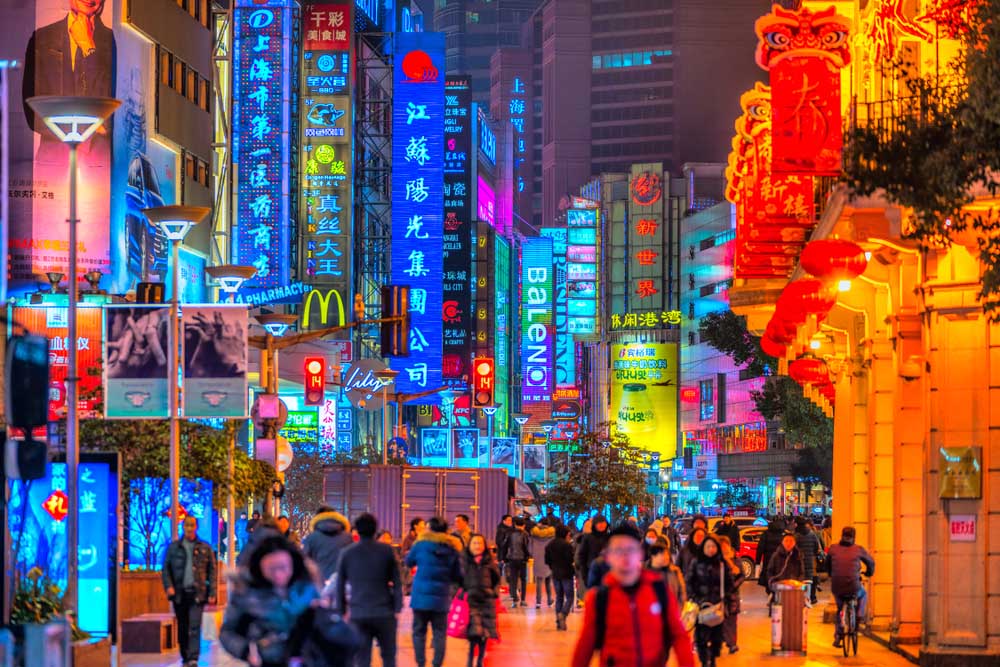 A short walk away along Nanjing Road, young Shanghai shops and eats at Raffles City. The shopping mall houses brand names like French Connection and Starbucks, as well as an IMAX cinema. From here, it’s five minutes by foot to the pedestrianised section of Nanjing Road, once the city’s preeminent shopping street. Despite its bright neon lights and carnival-like atmosphere, the street is now overshadowed by swankier malls elsewhere. Nevertheless, it’s still packed with Chinese tourists, particularly the pedestrian strip from Tibet Road down as far as Central Henan Road.

Our local experts can plan the ultimate trip to Shanghai for you, and save you time and money. To get started, simply get in touch, tell us when you'd like to go, and your travel preferences. We will then create an itinerary for you, which you can amend until you are totally happy. Take a look at our existing itineraries for inspiration, and remember that all of our planned itineraries can be tailored to suit your wishes – all you have to do is ask!