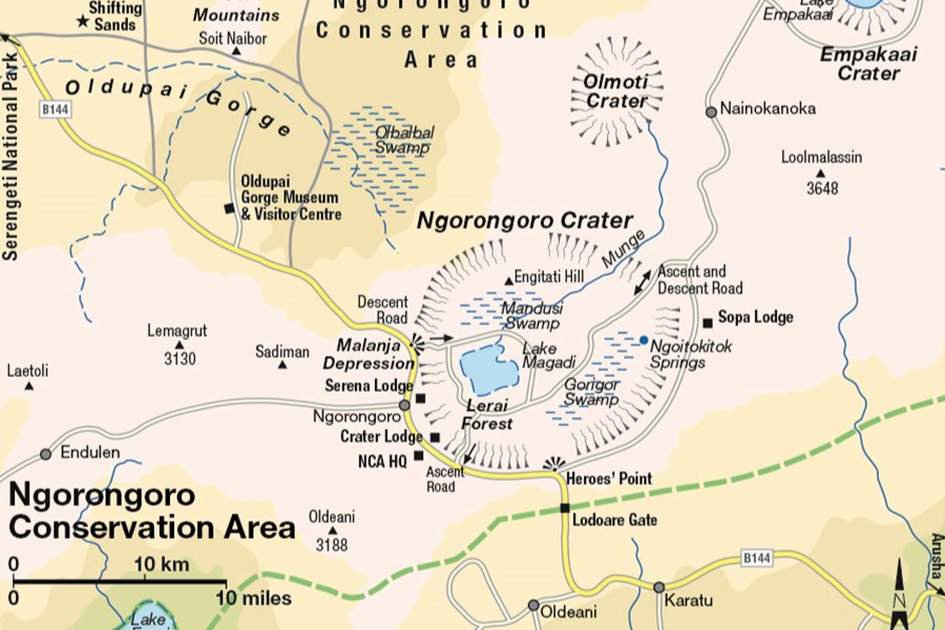 Formed by the same immense geological upheavals as the Great Rift Valley, Ngorongoro was once a mountain as high as Kilimanjaro. About 3 million years ago, it blew itself to bits, covering the Serengeti in ash while the crater floor sank into the mountain. Today, the rim stands at 2,285 metres (7,497ft). The Ngorongoro Crater is the world’s largest complete volcanic caldera, with a diameter of about 18km (11 miles) and an area of 260 sq km (100 sq miles). The sheer-sided rim is just over 600 metres (1,969ft) at its highest point. 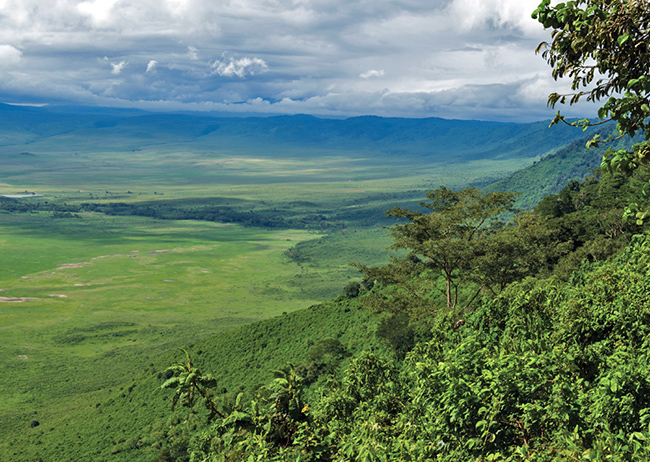 From the top, it is impossible to see the animals down on the plains without binoculars, but the ever-changing play of light across the flowing grasslands can be hypnotic.

Ngorongoro is a Maasai word; some say it mimics the clatter of cowbells, others that it is a traditional name for a type of bowl, similar in shape to the crater. The Maasai are the traditional owners of the area, although they are relative newcomers, having forced the Mbulu and Datoga out around 200 years ago.

Two German brothers farmed the crater floor for a short while in the early 20th century, but when the area was first incorporated into the Serengeti National Park in 1951, around 12,000 Maasai lived in the crater. A deal was struck that turned Ngorongoro into a Conservation Area, rather than a National Park, allowing the Maasai to continue to water their animals on the crater floor, in exchange for moving out and receiving a share of the profits from tourism.

Today, with the populations of people, cattle and goats growing, and water and grazing land short in the surrounding area, some 40,000 Maasai are claiming rights over the crater and demanding a larger slice of the cake. Even though Ngorongoro was declared a World Heritage Site in 1978, there is no room for complacency.

Perhaps the truest indication of how busy the crater can get is that the two main access roads operate as a one-way system (the third, close to the rather isolated Sopa Lodge, is a two-way road effectively used by that lodge only).

The crater is open only between 7am and 6pm, and most people prefer to spend the whole day there. There are two picnic and toilet spots, in the Lerai Forest or at Ngoitokitok Springs in the southeast. At the latter, watch out for the dive-bombing black kites, who have discovered that chicken sandwiches taste better and are easier to catch than mice. 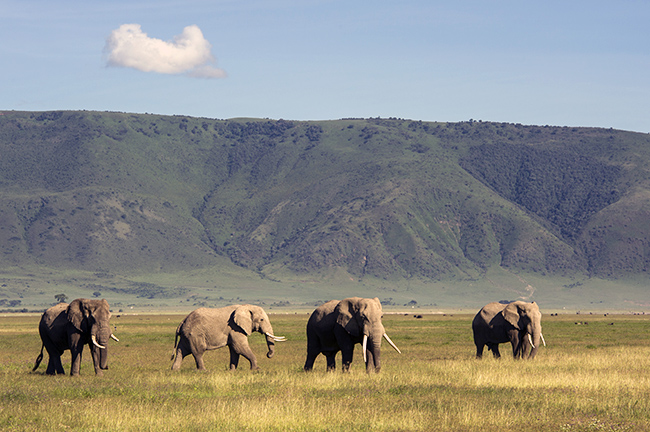 The main descent road twists down the western wall, near the Seneto Springs, used by the Maasai to water their cattle. The crater floor is a true Shangri-La, one of the most densely crowded game areas in the world, home to an estimated 30,000 animals. Because it is enclosed and the flat crater floor is largely made up of open grassland, it is easy to police, with the result that this is a stronghold for endangered species including black rhino and, increasingly, cheetah. The only downside of the open vistas is that you can see other vehicles – although even they can be a useful way of helping you spot something of interest.

The best vantage point is flat-topped Engitati Hill in the northeastern corner. 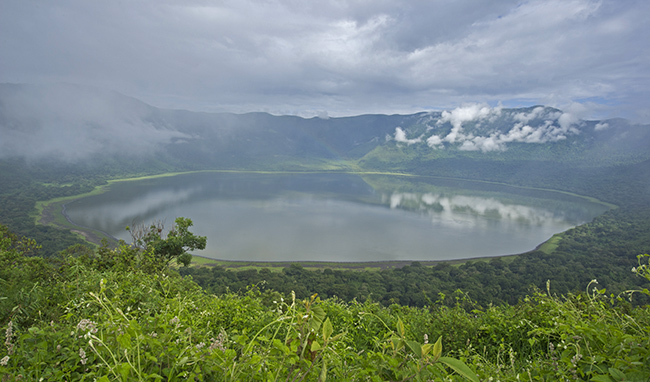 There are no giraffe, topis or impala in the crater – they find it too difficult to negotiate the cliffs, and there is insufficient grazing for large herds of antelope. The usual prey animals are wildebeest, zebra and buffalo. It is easy to spot and track a hunt across the open plain. The crater is thought to support the world’s densest populations of lions and spotted hyenas, and it is here that researchers first realised that, contrary to popular perceptions, lions will scavenge hyena kills as often as theirs are scavenged by hyenas. Cheetahs are also quite commonly seen on the crater floor, but leopard sightings are rare. The crater is also probably the best place in Tanzania to see the golden jackal, a close relative of its more common blackbacked and side-striped cousins.

In the southwestern corner, Lake Magadi is a large, shallow soda lake, home to large populations of flamingos and other water birds as well as hippos, which can also be seen in the central Mandusi Swamp. 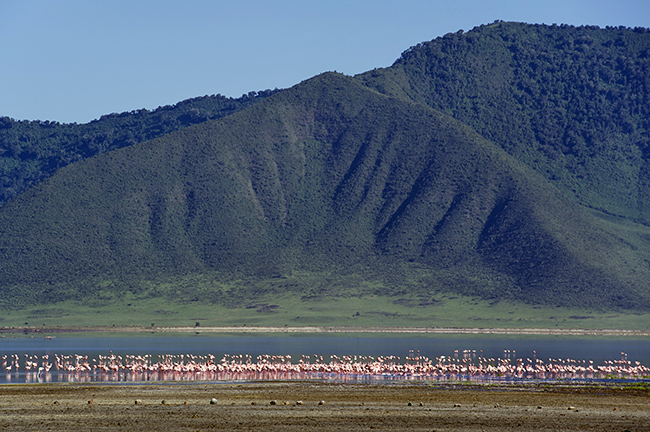 The Lerai Forest of fever trees, in the south close to the start of the ascent road, is near here and is the best place in the park to see elephants. Presumably due to seasonal fluctuations in the food supply, the only elephants resident in the crater are old bulls, many of which have enormous tusks. The large breeding herds hang around in the dense forests on the rim, and only descend into the crater occasionally.

A common bird in the crater, the bulky kori bustard is truly spectacular if you catch it during a mating dance. Less prominent, but of great interest to dedicated birdwatchers, is the lovely rosythroated longclaw. Two striking raptors often seen here are the augur buzzard and long-crested eagle.

Throughout December, we'll be focusing on the unique things you can see and do in Tanzania, from climbing Mount Kilimanjaro to the best off-the-beaten-track experiences. Read all of our blog articles about Tanzania...