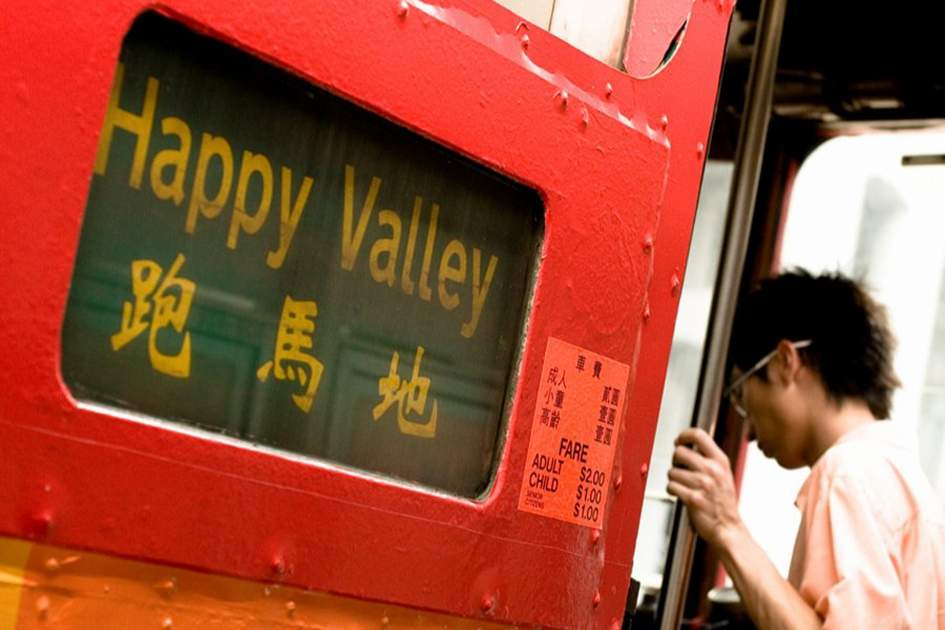 A kind of double act with the Star Ferry, Hong Kong’s fleet of electric trams was introduced in 1904, and has remained virtually unchanged since 1925, when the familiar double-decker cars came into service. There are plans, however, to modernise the fleet – a handful of vehicles have new seats and air conditioning – although it is unclear if the old-style trams are to be phased out entirely.

As with the Star Ferry, riding the tram is not only one of the city’s best bargains (a flat fare of HK$2 however far you go) but also a great way to sightsee – as long as you can get a seat on the top deck, preferably at the front where the views are accompanied by a refreshing breeze. It’s a great vantage point from which to observe the city go about its business. A seat at the rear of the top deck is also good, and gives wonderful photo opportunities.

Redecorated annually according to advertising agency whim, the trams – known locally as the “ding-ding” for the bells that announce their arrival – run daily from 6am until midnight. The line runs right along the north coast of Hong Kong Island: from Kennedy Town in the west to the heart of the city at Des Voeux Road Central, from where the route proceeds along Queensway and through the middle of Wan Chai and Causeway Bay before continuing past Victoria Park to North Point or Shau Kei Wan in the east. A branch leads off to Happy Valley and the terminus south of the famous racecourse. Vintage style trams can also be hired out for private parties.

The introduction of single decked articulated trams (as more commonly found internationally) has been mooted. These are more suited to cope with the entry and exit of the huge numbers of commuters using the system and are more reliable – the old trams do have a tendency to break down and can cause traffic snarl ups throughout the city when they do.

The tramlines run across the north of Hong Kong Island west and east.

Stops are frequent, and you can simply hop on and off as you please. The flat fare is HK$2, or $1 for under-12s and over-65s (exact change required or use an Octopus Card).