An introduction to India’s greatest festivals

India has a huge number of festivals throughout the year, from pan-Hindu celebrations to the appeasement of local deities and political parades. Here are the events you won’t want to miss 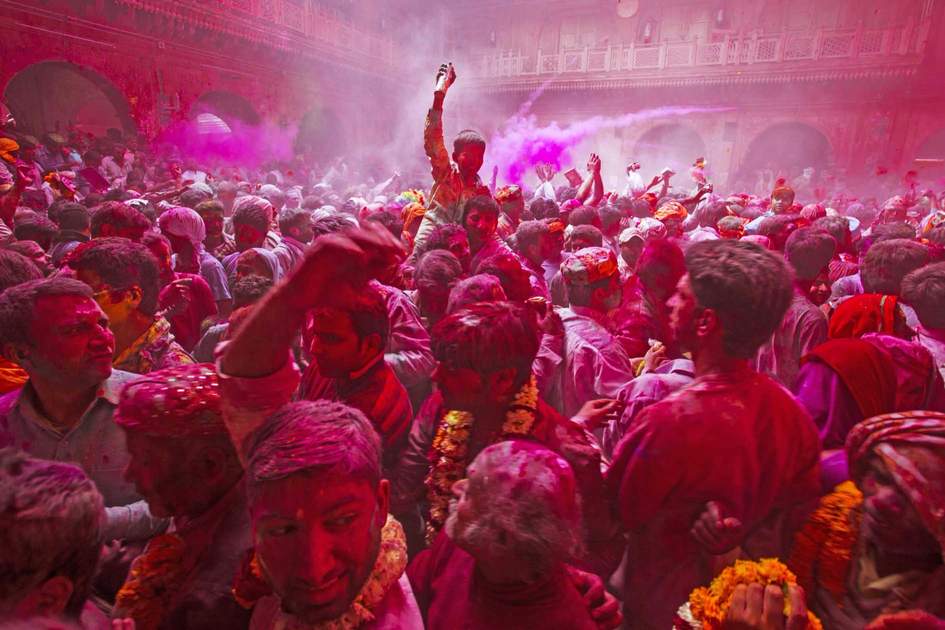 Holi is the most celebrated religious festival in India. Photo: Shutterstock

Festivals are a part of daily life in India, which is perhaps inevitable given the thousands of deities, saints, prophets and gurus who must be worshipped, propitiated and remembered. A large number of these festivals stem from Hinduism. Myriad practices and an enormous body of legend and history bring an extensive range of significance and association to most Hindu religious occasions. There are numerous local and regional festivals but the most important are celebrated nationwide. If you're looking to witness these festivities for yourself, talk to one of Insight Guides' local experts today: they can help you plan your trip for the right time of year and ensure your itinerary includes the festival's highlights and unique activities. Submit a trip request online or browse our ready-made India itineraries here.

The first of the significant pan-Hindu festivals to occur after the monsoon is Navaratri, or ‘nine nights’ (September to October). This is a major celebration of the goddess Devi or Shakti in her more fearsome aspects. At the end of Navaratri comes the day of Dussehra, the celebration of Durga’s victory over Mahisasura, the buffalo-demon. Festivities often include fasting, and then the burning or submerging in water of effigies of the various Gods involved on Dussehra.

Divali, also known as ‘festival of light’ (usually October to November), is both a celebration of Rama’s return from exile and of the goddess Lakshmi. It symbolises the power of light over darkness and good over evil. Lamps and candles are lit throughout houses, while outside grand firework displays light up the sky, alongside floating lanterns.

Following the spring festival of Vasant (when the goddess Sarasvati is worshipped in January to February) the next major celebration, aside from Pongal (the southern harvest festival also known as Sankranti), is Sivaratri, the Shiva festival in February or March. This is followed in North India by Holi, the springtime harvest festival. Brightly coloured powders can be found for sale during this time of year. The throwing of these powders symbolises the festival as a game that breaks down social conventions. Be warned, bystanders are not excluded! The festival year comes full circle with Janmashtami, the birthday of Krishna, and Ganesh Chaturthi in August/September.

Islamic festivals occur throughout the year and range from major events to localised urs (the anniversary of a saint’s death) held in dargahs (tombs) across the country. The most important of the pan-Islamic festivals are ‘Eid-al-Fitr and ‘Eid al-Adha, both dependent on the lunar calendar and so are moveable. The first celebrates the end of the fast of Ramadan and the second the end of the period of the Haj, or pilgrimage to Makkah (Mecca). The most important festival of Shia Muslims is Muharram, which mourns the matrydom of Hussain, the grandson of the Prophet.

The major festival of the Buddhist year is Buddha Jayanti, which takes place in April to May. It celebrates the birth of the Buddha and also his reaching of enlightenment. Jains commemorate a similar event at Dip Divali. This occurs 10 days after the Hindu festival of Divali and celebrates the liberation of the tirthankara Mahavira from the wheel of life.

Are you ready to take a trip to experience India's greatest festivals and celebrations?

Take one of Insight Guides' ready-made trip itineraries, timing your trip just right with the help of our local experts

Driver was incredible and all guides were excellent. Complete trip was beyond our expectation. We are happy to have chosen this travel agency.

We had a wonderful trip though parts of South India. Using an agency was a difficult decision, as my partner and I have travelled for decades under our own steam and with so much less advance planning than was involved here. What we appreciated was the possibility to 'offload' some of the on-site organisation that, while undoubtedly giving you an insight into a society and culture, also means time spent on the phone, in a queue or online. This, when you could be out there and experience an aspect of the country, that does NOT remind you of trying to contact the likes of Scottish Power (feel free to replace by any other profiteering untility). Being able to determine hotels ourselves and also to tailor the mix between where we did our own thing and where the local agency booked things for us was great. The local agency got very quickly how we wanted to travel. Where they advised us against options, they really knew what they were talking about and suggested undoubtedly better alternatives. Communication was clear and naturaly friendly. Where we had drivers, they were professional and great to travel with. So we were very happy all around. If I would be looking for possible icings on the cake, it would have been the inclusion of cultural events, or maybe just pointers to where to look for what (such as carnatic classical music or theyyem performances). But then maybe this is the old conundrum that it is only authentic if you stumble across it...........