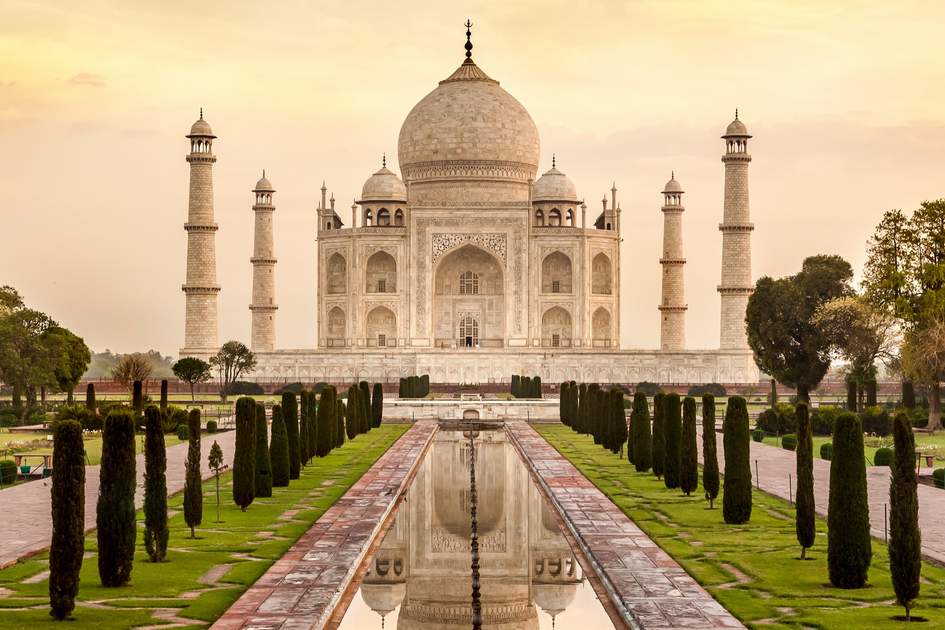 Visiting the Taj Mahal really is all it's cracked up to be. No matter how many images you've seen of this monument of love to Shah Jahan's late wife, this perfectly-proportioned white marble structure takes your breath away with just how stunning it is in real life. No matter what time of day you visit or how long you're there for, the exquisite beauty of the place is a tonic for even the most jaded of travellers and a highlight of a visit to India's Golden Triangle.

Based on our India editor's first-hand experience, here's everything you need to know about visiting the Taj Mahal.

In terms of design, the Taj Mahal is the crowning glory of Mughal architecture. Its proportions are stunningly simple. Its height is equal to the width of the plinth on which it stands, while the height of its facade is equal to the height of the bulbous double dome above. It was built between 1631 and 1648 by Emperor Shah Jahan to house the tomb of his beloved wife Mumtaz Mahal, who died in childbirth. The design owes much to Humayun’s tomb in Delhi and is believed to have been the work of Ustad Ahmad Lahori, a master architect. White marble, brought by elephant from Makrana 300km (188 miles) away in Rajasthan, adds to its ethereal beauty, as do the floral decorations, bands of black marble Arabic calligraphy, and carved marble screens. The queen’s tomb is complemented by the four minarets, while to the west of the enclosure is a mosque and, to the east, its replica – known as the javab (reply). The latter cannot be used for prayer as its central arch does not face Mekkah (Mecca).

Twenty thousand labourers were involved in the construction of the Taj Mahal, including sculptors, calligraphers and artists from as far afield as Syria, Iran and Baluchistan. One thousand elephants were involved in transporting building materials to the site, and precious stones were brought from China, Tibet, Sri Lanka and Afghanistan to be used in the inlay. An elaborate brick scaffold was built to mirror the shape of the tomb; when foremen voiced their concern at the length of time this would take to dismantle, Shah Jahan decreed that whoever took the bricks could keep them, and the scaffold disappeared overnight. The green lawns that dominate the garden are a British addition; having defaced the Taj during the Uprising, and reputedly even having planned to dismantle it and sell off the marble, Lord Curzon decided to right the wrongs of his predecessors and ordered a wholesale restoration project, completed in 1908.

Visiting for the first time is magical, particularly if you avoid the worst of the crowds (tour groups start to arrive from 9am). The colour of the white marble varies with the light: if you have time, try to see it at different times of day. For an even more memorable experience, the site is open for two nights either side of the full moon. For those with only one chance to see it, watching sunrise over the Taj is an unbeatable experience.

This is truly a monument for all seasons. These are those who swear by the sight of the Taj Mahal in the light of the first full moon after the monsoons, a cloudless midnight in October when the light is at its clearest and most romantic. Others love to see it in the middle of the heaviest monsoon, its marble translucent. But its magic is strong at any time of year and any moment of the day. At dawn, its colour changes from milk to silver to rose-pink, and at sunset it's golden. Observe it too, in the brilliance of midday, for then it is utterly white. 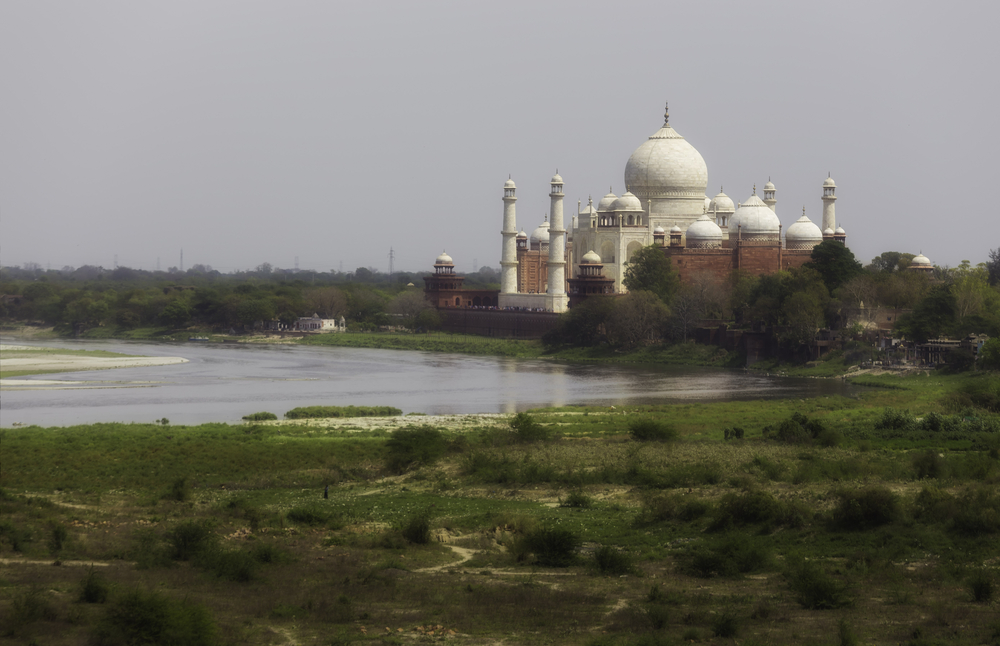 Tips for visiting the Taj Mahal

The Taj is located in Agra, 226km from Delhi by road. In truth, Agra is quite an overwhelming experience – the city is busy, smoggy and happy hunting ground for hustle. Despite the presence of one of Asia's greatest sights, as well as other worthwhile attractions such as Agra Fort, it's fairly scruffy, although the narrow streets of the old town are interesting to explore.

"The most convenient way to travel to Agra from Delhi is by Shatabdi Express or Taj Express," says Archana Singh of Travel See Write. "If you are hiring a car, then insist on taking the Yamuna Express Highway. And ensure to leave Delhi by 4 a.m. so that you arrive before sunrise."

Why? Singh says you'll enjoy shorter queues if you arrive before 6 a.m.

To enter the grounds of the Taj, you will need to leave various – slightly random – items with security. This writer was required to leave chewing gum and a small torch (neither of which came back in useable order). Mobile phones may be brought in but must be switched off. Regular cameras are allowed, but not camcorders, headphones, mobile phone chargers or tripods. For the official list of do's and don'ts, see here. Crucially, you can bring in water (recommended) but not anything to eat. As there are no food vendors inside the Taj site, it is advised to eat well before entering.

If you are staying in Agra, it is probably best to leave everything you don't need on you at your hotel; if travelling by train, leave your bag and unnecessary items in Agra station's left luggage – more secure and official than the security setup at the site itself.

Take time to view the Taj from every angle, once inside. You can never have too many pictures of it!

"Try different vantage points like going across the Yamuna River to the Moonlight Garden (Mehtab Bagh), or top of the Agra Fort or park to the east of the Taj grounds," adds Singh.

If you want a guided tour, by all means, accept the services of one of the official guides (wearing identity card badges). But the likelihood is that you won't really need it, and be pleasant but firm in turning down anyone whose services you don't want. It may be easier to ask a fellow tourist to take a picture of you than accept an enterprising guide's offer to do so.

Take a moment of contemplation – despite the crowds, there always seems to be enough space to breathe at the Taj, and places to sit and appreciate the monument's beauty and significance.

One last tip: "Viewing the Taj Mahal on a full moon night is a sight to behold," says Singh, who suggests watching it from the Mehtab Bagh, which used to be Shah Jahan's favourite spot for watching the Taj during full moon nights.

Book a trip: From Delhi to the Desert

Read more: 10 tips for your first time in India

Had an awesome experience. Must plan your travel with this company.

The Tailor made travel service is an excellent aid when planning a trip to a new destination. I got a very quick response from a representative, the local company I was connected to was very efficient and communicative, and together we arranged a trip that ticked all our boxes. It would have been difficult to achieve our trip without out their expertise. And, it was absolutely free! I would recommend this service to anyone and will use it again.