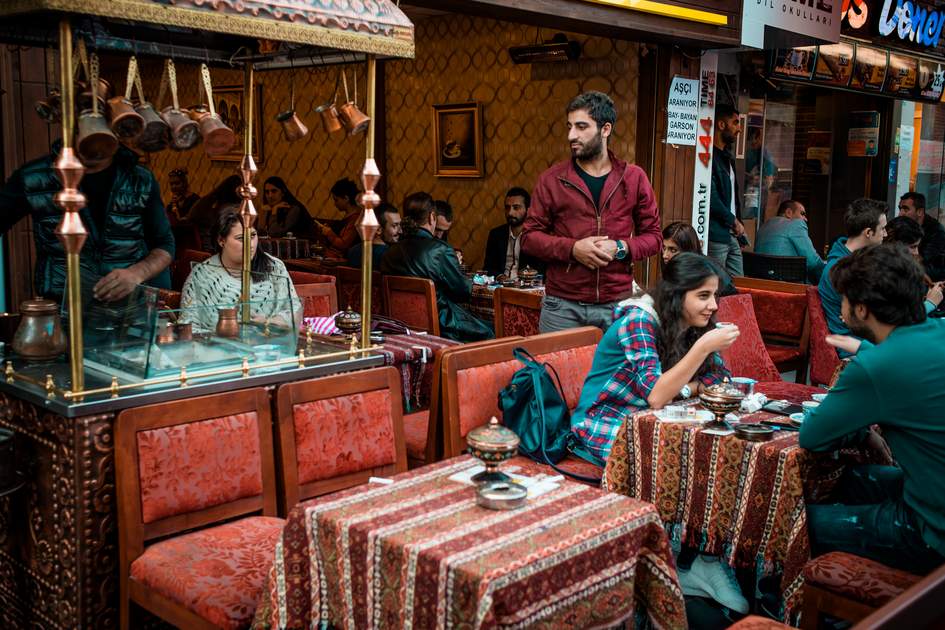 Today, Turkey inaugurates a tunnel under the Bosphorus at Istanbul which will link the European side of the city with the Asian side by rail. This will be the world's first tunnel to connect Europe to Asia, with much hoped-for trading benefits for Turkey; it may also one day allow for travellers to catch a train from London to Beijing! In the shorter term, the Bosphorus tunnel will allow for the people of Istanbul to hop across the water by surburban train as well as by ferry from Eminönü to üsküdar.

For visitors to Istanbul, a trip to the city's Asian shore offers a chance to escape the crowds. Here are our top five highlights:

There has been a settlement at üskü­dar since around 686BC, making it more ancient than Byzantium on the European shore. Known by the ancient Greeks as Chrysopolis, "City of Gold", üsküdar became popular with Ottoman philanthropists, who found the quiet neighbourhood ideal for building mosques and charitable institutions.

The Iskele (Harbour) Mosque (also known as the Mihrimah Sultan Mosque) is a work of master-mosque-builder, Sinan, dating from 1548. It would once have stood right on the shore so that the sultan could step straight from his caique onto the steps leading up to the ablutions fountain (said to have had one of the best views in the city). It was the first building in which Sinan tried out what went on to become his signature semi-domes.

But the real star has to be the Atik Valide Mosque, built high up on a hill as the centrepiece of an elaborate complex, complete with medreses (theological schools), a caravanserai, a mekteb (primary school) and an imaret (soup kitchen). Another work of Sinan, built in 1583, it was designed for Nurbanu Sultan, the wife of Sultan Selim II. You will probably find the delightful courtyard full of elderly men sipping tea in the midday sun.

2. The ornate interiors of the Baroque Beylerbeyi Palace

If the queues to get into Istanbul's Dolmabahçe Palace on the European shore look daunting, hop across to üsküdar, then take a taxi or bus west to Beylerbeyi where you can visit the palace built there in 1865 by the Balyan family who were behind the Dolmabahçe.

The most beautiful room in the palace is adorned with a marble pool carved with dolphins so that the sight and sound of the running water would help residents keep cool in the high heat of summer. But a particularly conspicuous feature of most of the rooms is the delicate and detailed paintings of ships that decorate the ceilings and cornices. These were painted by the Polish artist Stanislas Chlebowski (1835–84), whose greatest fan was Sultan Abdülaziz.

The palace grounds are lovely in summer, but it is also worth taking a stroll back into the adjoining suburb of Beylerbeyi where a cluster of cafés and fish restaurants, and a lovely fountain, gather together beside a mosque dating back to 1778.

The cute little Maiden’s Tower, floating in the Bosphorus just off the shore of üsküdar, is the subject of an enormous outpouring of paintings, photographs, postcards and posters. While the view is what makes this tower so special, you can take a boat shuttle across to it from üsküdar and stop for a drink or even a full three-course meal.

4. The narrow streets of Kadiköy market

Once the separate settlement of Chalcedon that was founded before Byzantium, Kadiköy is an especially lively area with a large student population, guaranteeing it a vibrant nightlife and plenty of cheap and cheerful places to eat. Come here to get a feel for the real Istanbul, far from the famous attractions that attract the crowds.

If you head inland from the ferry terminal and then cut in to the right, you will come to market streets too narrow for cars to pass where you will find everything for sale aside from tacky souvenirs.

The most colourful streets are those in the middle that are dominated by fruit-and-vegetable stalls, old-fashioned butcher’s shops and fresh fish vendors.

5. The petite Küçüksu Pavilion, a Dolmabahçe Palace in miniature

Smallest of all the 19th-century imperial palaces is the Küçüksu Pavilion, which sits beside the Küçüksu River where it flows into the Bosphorus between Anadolu Hisari and Kandilli in an area that was once a popular pleasure ground known as "the Sweet Waters of Asia". It was built in Baroque style by Nikogos Balyan in 1856–7 to serve Sultan Abdülmecit as a hunting lodge, and features a wonderful double staircase, an internal dome, beautiful parquet floors and the usual rash of Bohemian crystal, Hereke carpets and goldleaf galore.

Find over a hundred inspiring ideas for a trip to this stunning city with our Select Guide Istanbul, which is available as a beautiful linen-bound book or a stylish ebook for iPads and Kindle Fires. Read more...