Just back from... Budapest 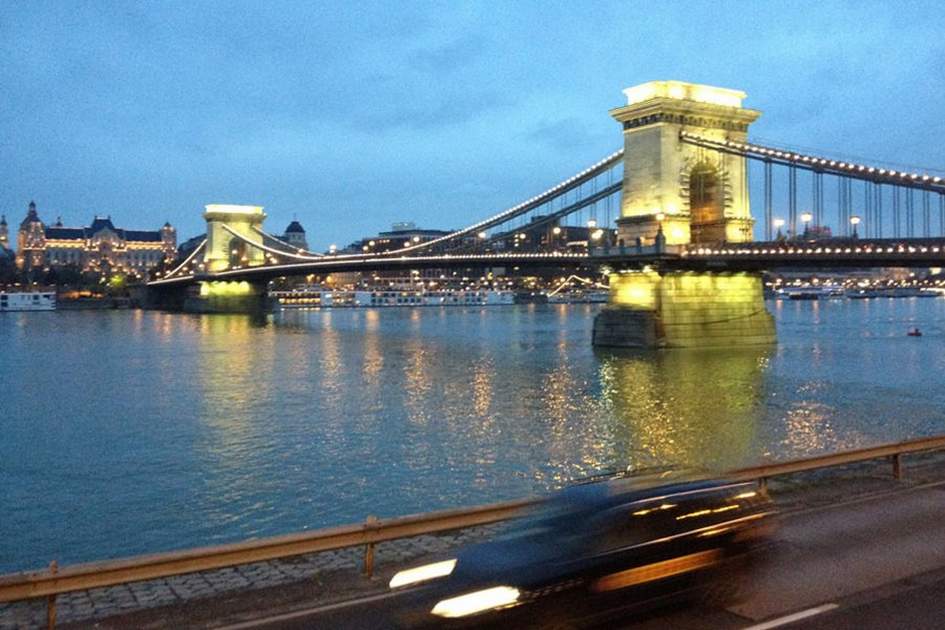 Our digital publishing manager, Alex, gives his impressions of an autumnal trip to this enchanting and good-value central European city.

I was looking for somewhere I could go in November where I could embrace the shortening days and leafy melancholy of autumn while working on a writing project, and in the capital city of Hungary I found a magical choice. Budapest tops many a poll for being a best-value destination in Europe, and return flights from London plus a week's rental of an apartment in Buda was certainly very affordable. Add to this hearty bowlfuls of goulash, langorous afternoons in the city's many thermal baths, and tea and cake in the faded charm of old coffeehouses, and I was all set for an expansive, and inexpensive, week away.

Budapest is known for its riverside location beside the Danube and for its origins as two separate enclaves of Buda and Pest which were united in 1873 with the third town of óbuda. While the newer town of Pest hardly feels new (the centre, at least, being a hotch potch of neoclassical and art nouveau buildings), it does have a reputation for being the busier, bar-crawl side of the city; and as I was looking for a more tranquil place to do some writing, I opted for an apartment in the quieter, more residential area of Buda, where the Matthias Church towers over the cobbled streets of the Old Town, looking paticularly splendid when lit up at night. 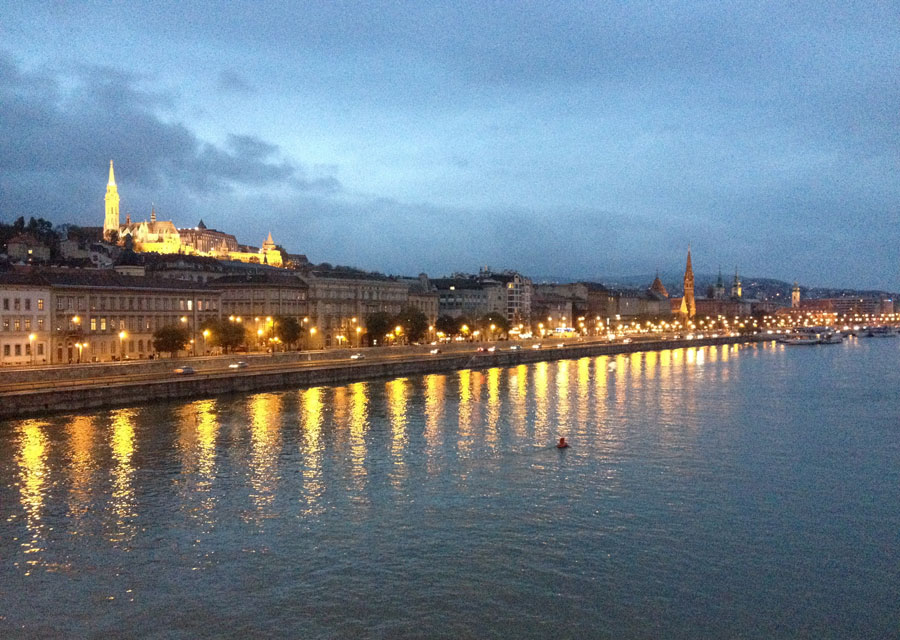 Budapest is a couple of hours behind the UK, so the autumn darkness fell early. It's actually something of a walk from Buda across the lion-clad Chain Bridge to Pest, and I almost always seemed to find myself exploring Pest in the dark. But, in my view, Pest is a night city, and the glow of the art nouveau doorways evoked a feeling of nocturnal mystery. 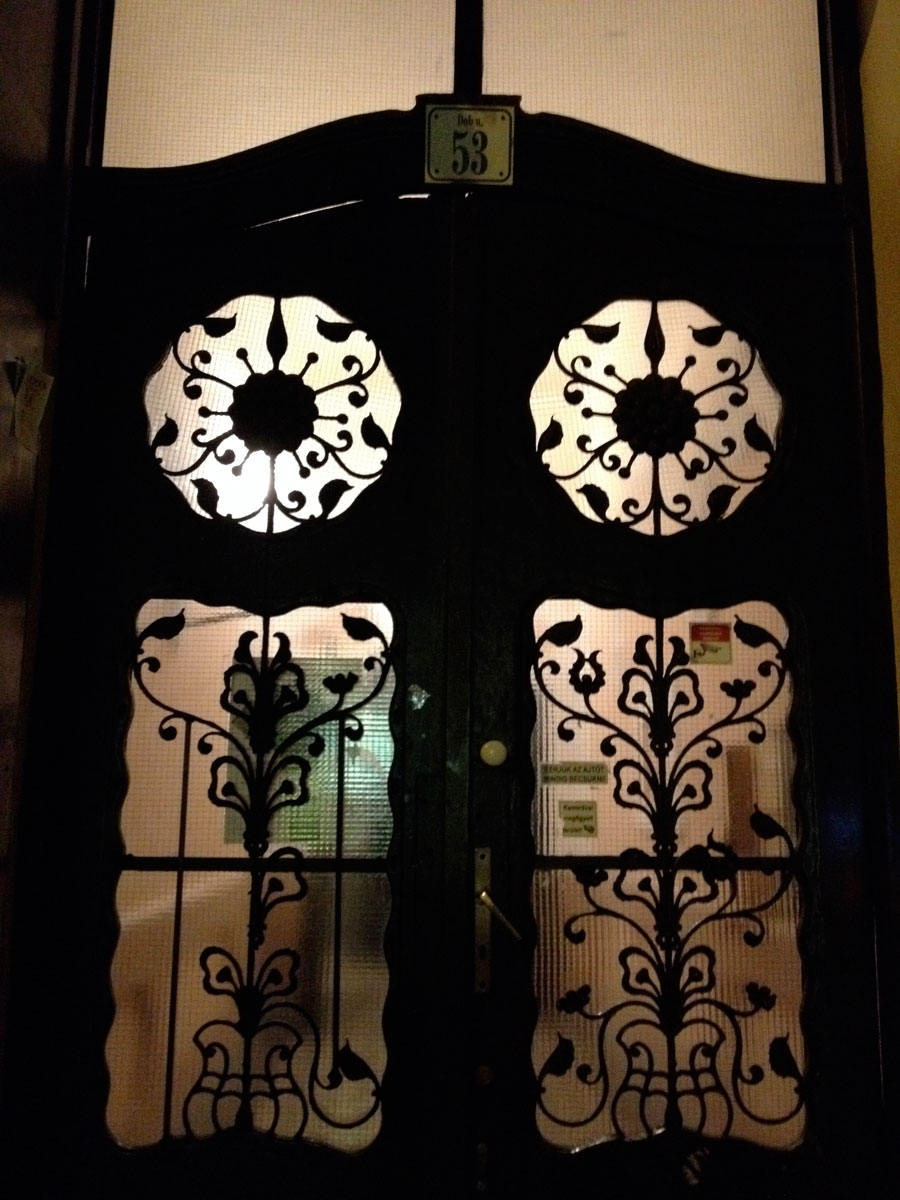 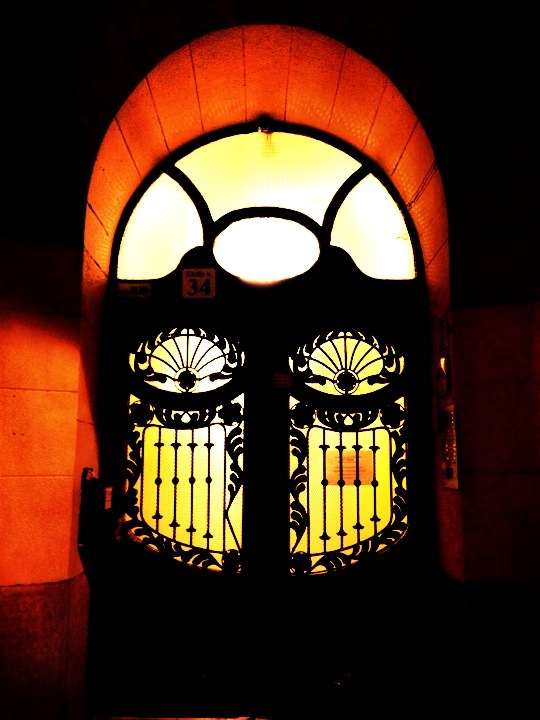 From the vantage point of the Fisherman's Bastion, which was built on the edge of Buda's Castle Hill in a rather self-consciously fairytale style at the turn of the 20th century, you have wonderful views of the Pest skyline. It's noticeably not a highrise city and, curiously for a London-dweller, I was put in mind of a Victorian view of London, with a Gothic parliament building abutting the water on the left and the dome of St Stephen's Basilica, like a mini St Paul's, on the right. The picture below gives a sense of the spiderlike Parliament building poised amid lowrise Pest. 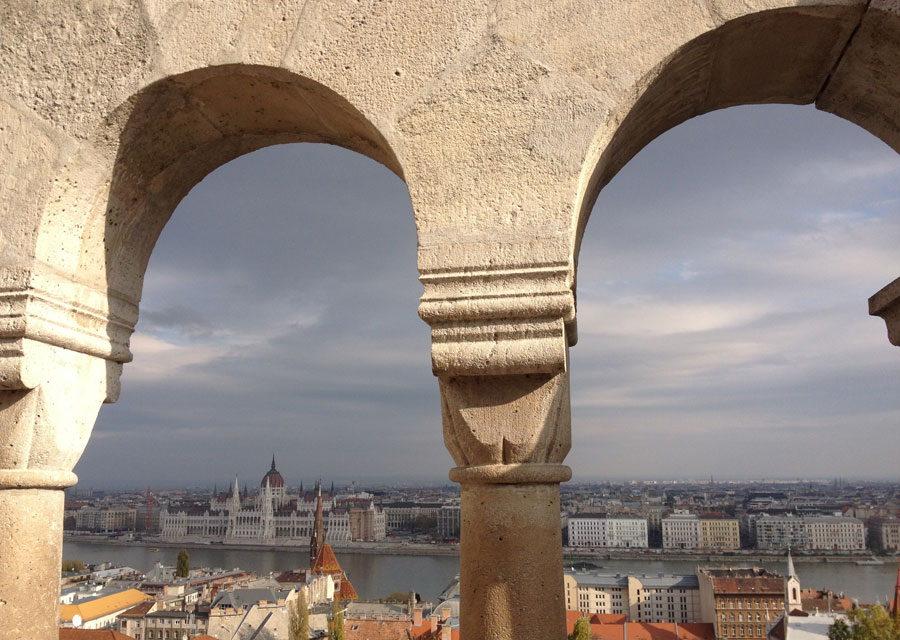 The Buda side of the river is undoubtedly prettier than Pest, and is home to the Royal Palace which, under the rule of King Matthias in the 1400s, was the equal of any Renaissance palace in Europe. The king's nickname was "Corvinus", which means "crow", and if you look carefully you can see a crow perched atop a spire of the Matthias Church.

Nowadays, the manicured Old Town seems mostly geared towards visitors rather than locals out for a stroll. So which side of the city do the residents go for their Sunday walk? Neither side, in fact, as Budapest's green lung is an island within the Danube, named after a medieval princess, Margaret. 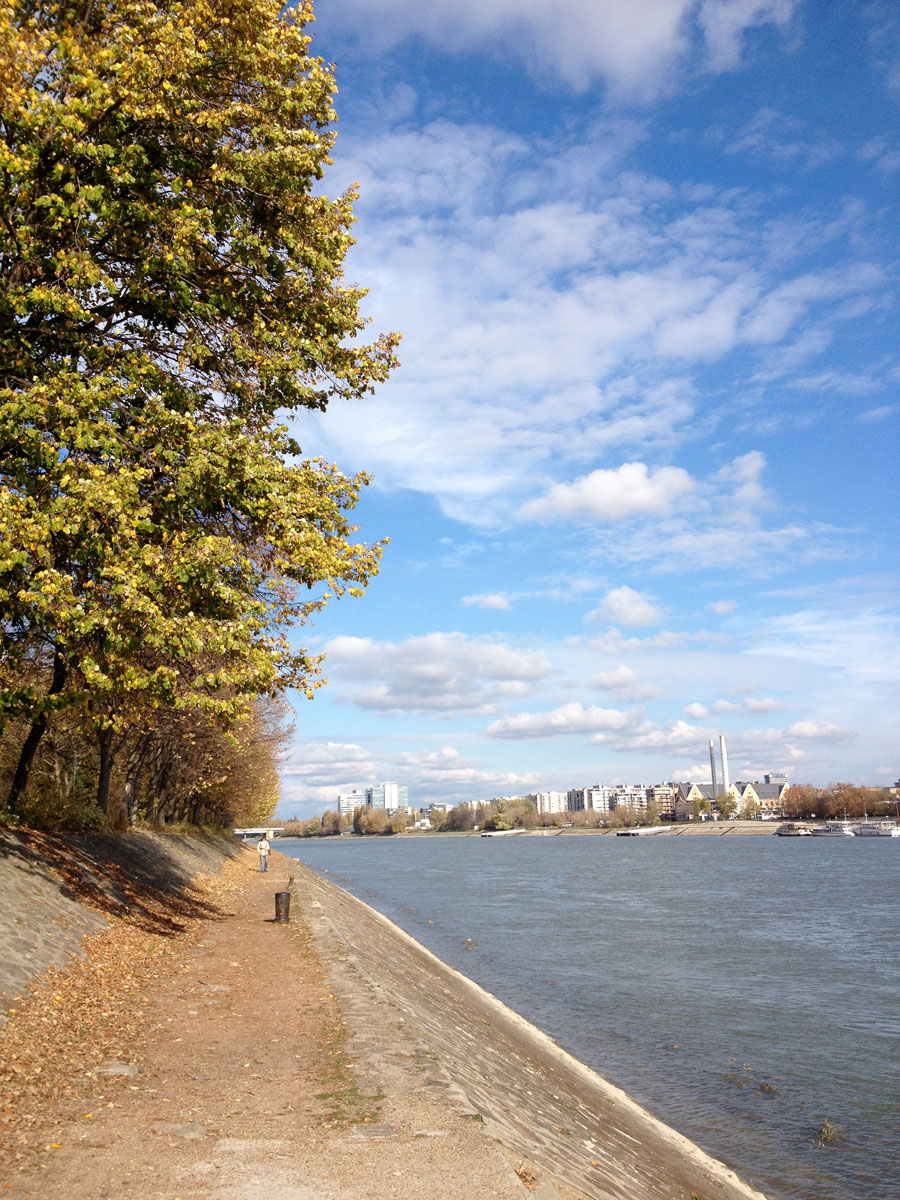 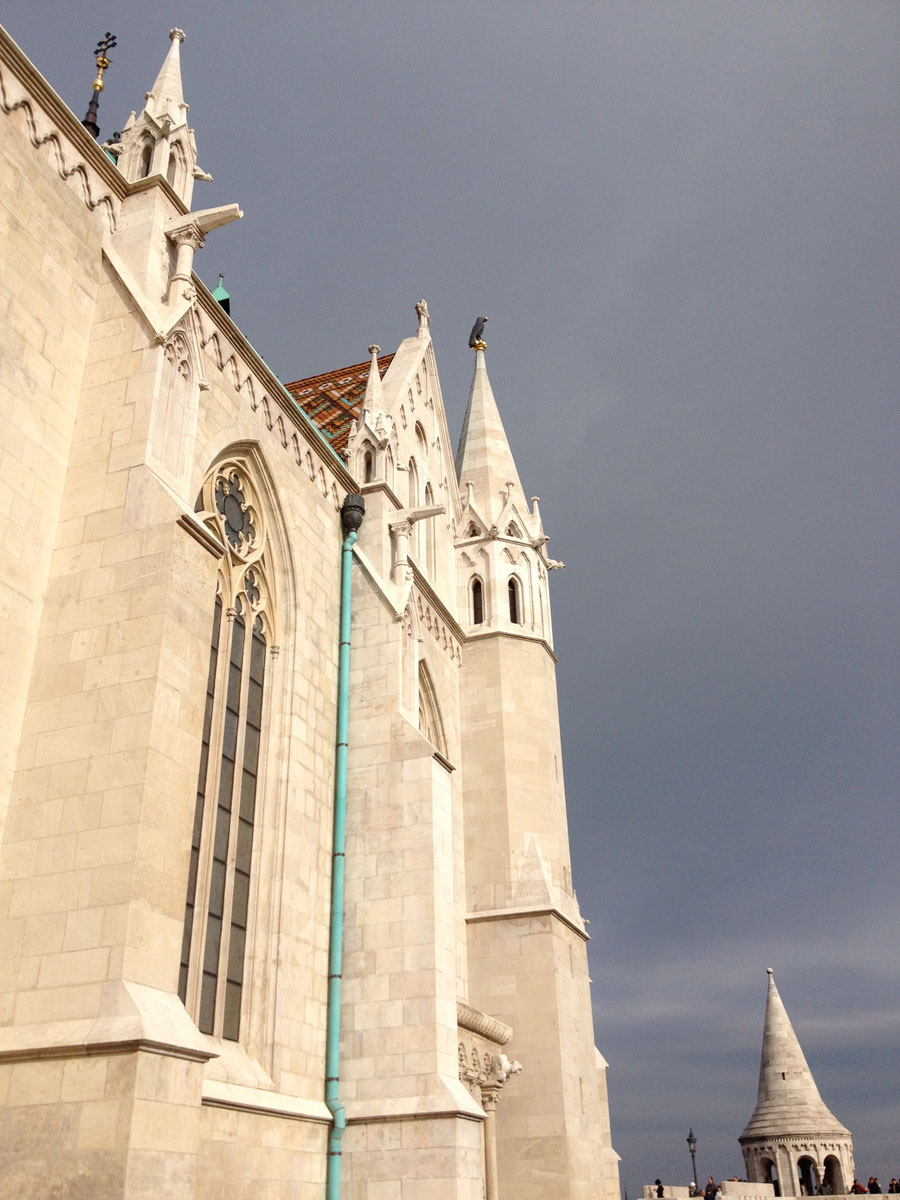 It would have been remiss of me not to spend a few hours in a bath while I was in this spa city – it's both a relaxing and invigorating, and certainly a civilised city pastime, with time enough to play a game of chess in the Széchenyi Baths (if you're an old Hungarian man).

The grandfather of the spa scene is the Gellért Baths, decked out in a resplendent art nouveau with wooden cabins to change in and beautifully hot thermal baths in an ornate, low-lit hall. I also spent an evening in the Széchenyi Baths, which has an amazing number of baths and pools at different temperatures, plus myriad saunas, and a steamy outdoor pool which is particularly atmospheric on a cool night. 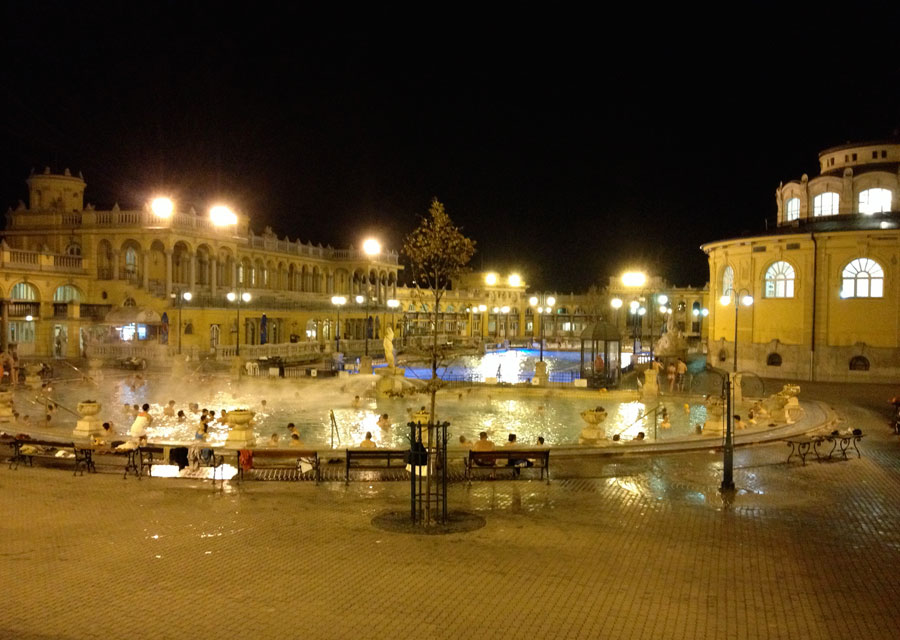 Hungary suffered a difficult 20th century, occupied by the Nazis and then the Soviets, and I witnessed a chilling portrayal of life under surveillance in the appropriately named House of Terror, the former HQ of the Communist secret police on Andrássy Utca.

Some of the streets around the Jewish Quarter are still somewhat crumbling, although the shabby has been paired with chic in the form of kerts or "ruin bars". These are usually derelict townhouses built around courtyards that have been strung with fairylights and glitterballs to create a cool industrial vibe for a cocktail. My favourite was Kuplung, in a former garage on Király street, which has gone for an aquatic theme with jellyfish lanterns floating outdoors and an enormous whale suspended above the bar. 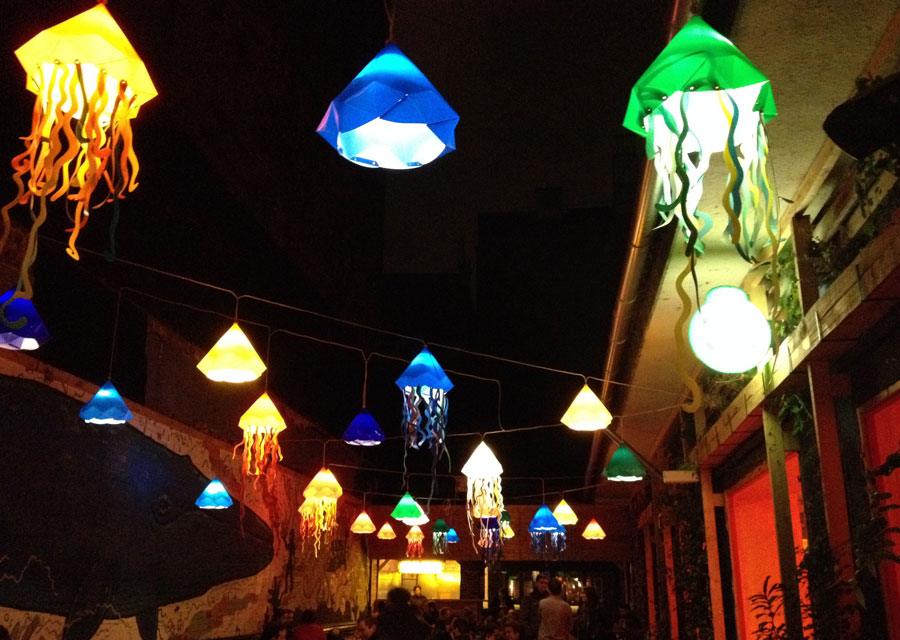 Find out more about Budapest

Find out more about the city in the handy little Berlitz Pocket Guide Budapest which, like the city itself, is a real bargain!

Or see our top five highlights of Budapest...

Your local travel organizer for Hungary