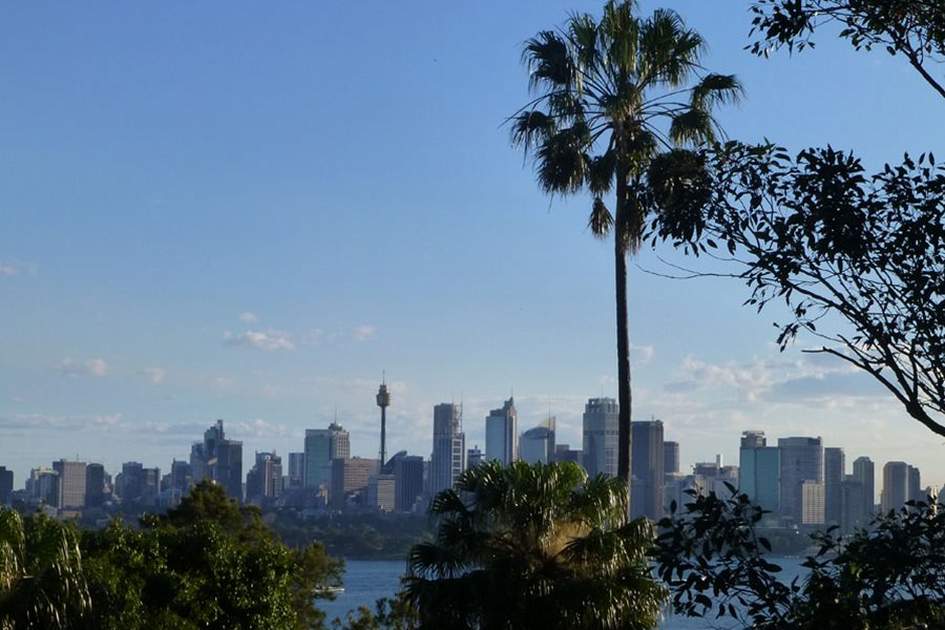 View of Sydney from Taronga Zoo

Sydney is very far from London. I'd never travelled such a distance before and had always written Australia off as somewhere to visit later in life, once I'd seen the closer places first. But then a friend moved there and suddenly the thought of spending an entire day on a plane was much more bearable. The city is famous for its laid-back lifestyle, sweeping harbour views and warm weather - and I wasn't disappointed. I've not come across many cities that are as photogenic.

Here are some of my favourite shots of the trip.

I stayed with my friend in Bondi and began my first morning in the city with a walk along the beaches of the eastern coast. It's a fantastic route to follow; the views are simply incredible (plus you'll always spot keen surfers on the waves) and in true Sydney style, there are 'work-out' points along the way to flex your muscles. It was the end of the Australian winter whilst I was there, but as this picture shows, the sky was a gorgeous blue and the temperature was in the high 20s. As a Brit, this felt more like summer! But this temperature in the UK would have resulted in people scrabbling for a few feet of available sand. In Sydney, the beaches were amazingly quiet and peaceful. Bliss! 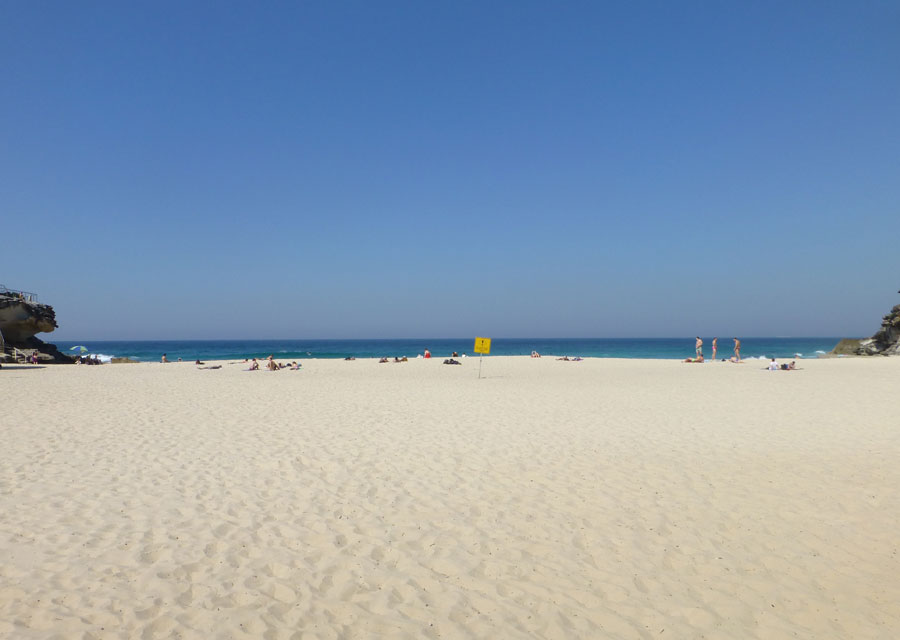 This is the walkway that you can follow along the coast. The path stretches from Bondi to Coogee, and takes you past a string of other, smaller beaches, including Tamarama, Bronte and Clovelly. In this picture, you can just see the cemetery that is located here. What a final resting place! 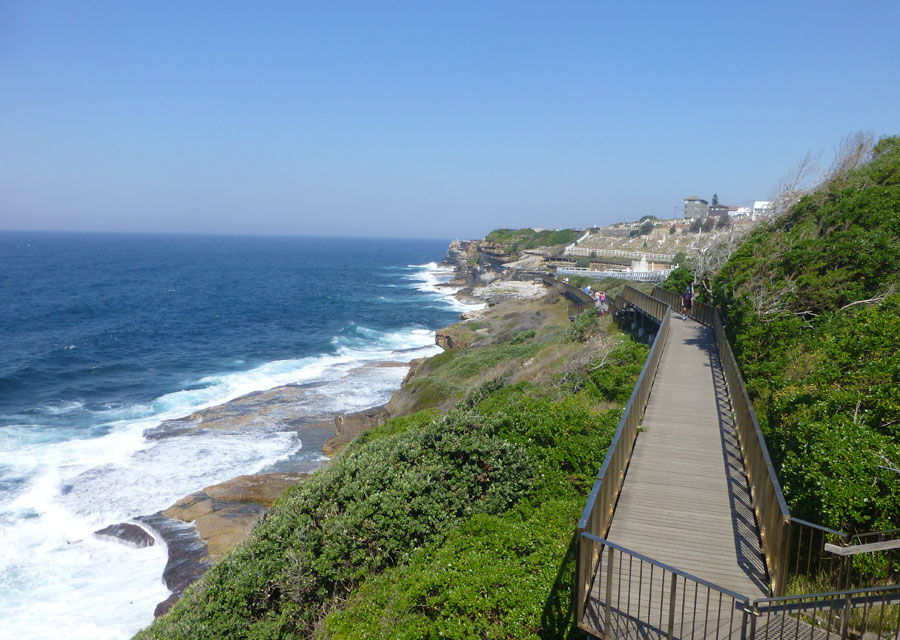 And here's my friend, a new Sydneysider, peeking out from behind the sign... 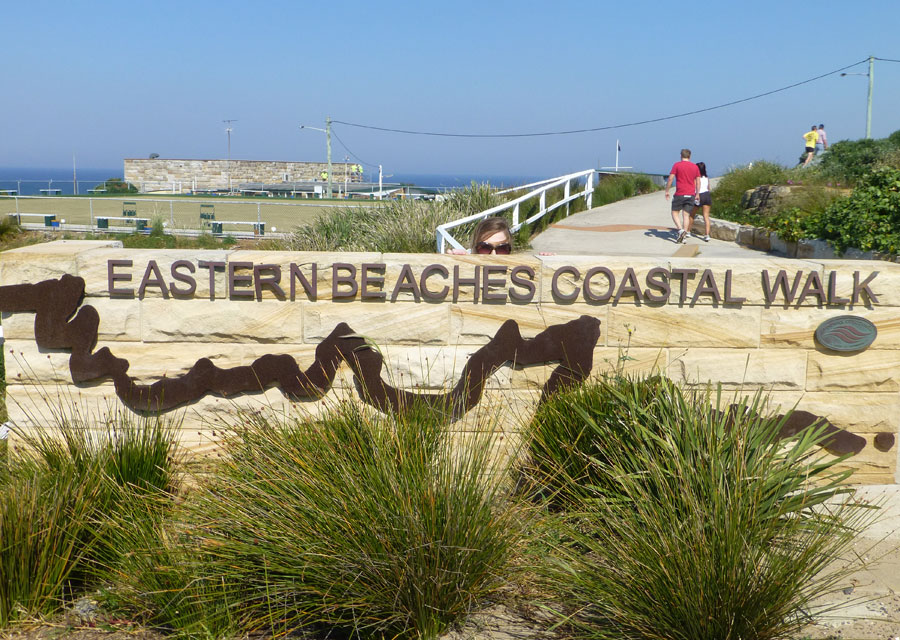 The next stop was of course Circular Quay to see Sydney's famous harbour. We took the bus from Bondi and it was a great way to approach the bridge. I was really excited about seeing it and when it finally came into view, I was genuinely stunned for a few moments. It's such a iconic structure and it felt very surreal to have travelled thousands of miles and now be standing in front of it. I'm no bridge expert, but it's really very impressive! 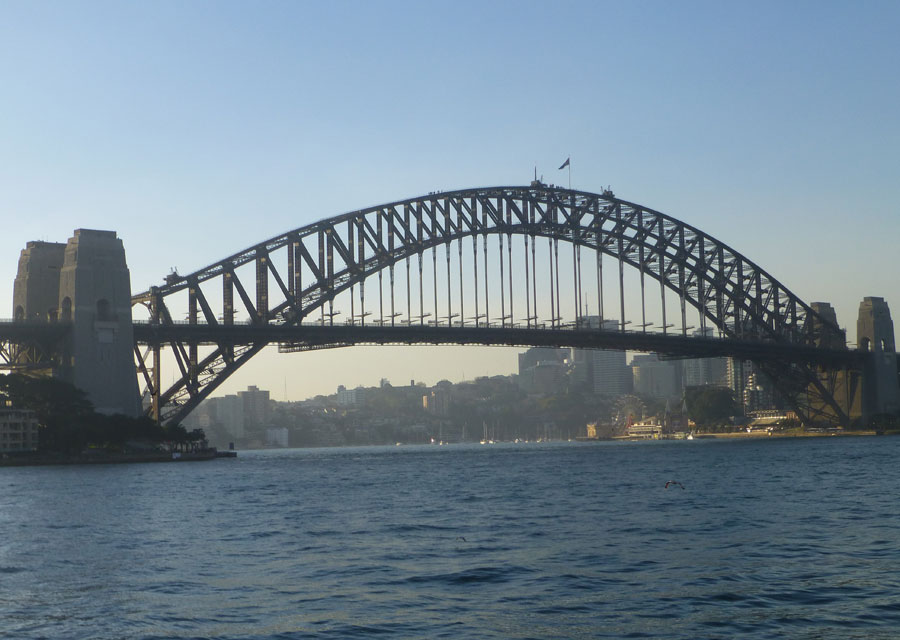 The other famous sight on the harbour is the Opera House. I wandered around it and was really struck by the intricacy of its design - I hadn't realised the shape and pattern of the roof tiles until I was this close up! It's a really amazing building; modern and cool, but fitting almost organically into its surroundings. Must be something to do with the ship-sail shape of the auditoriums. 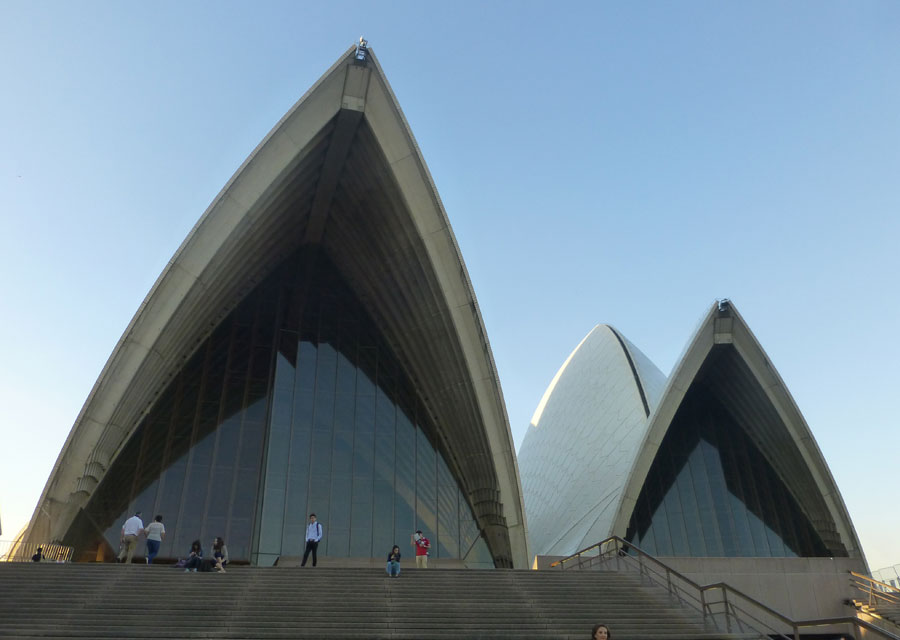 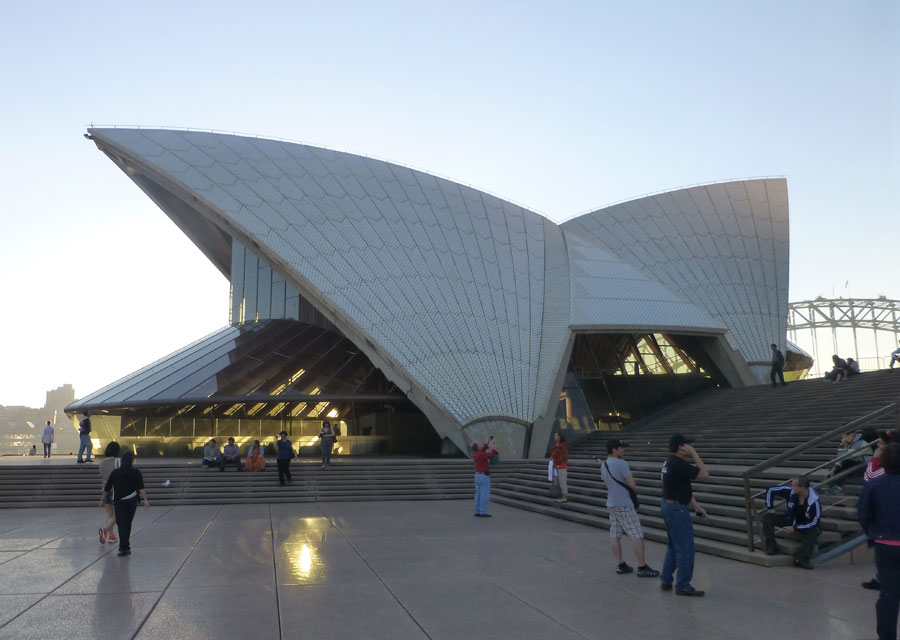 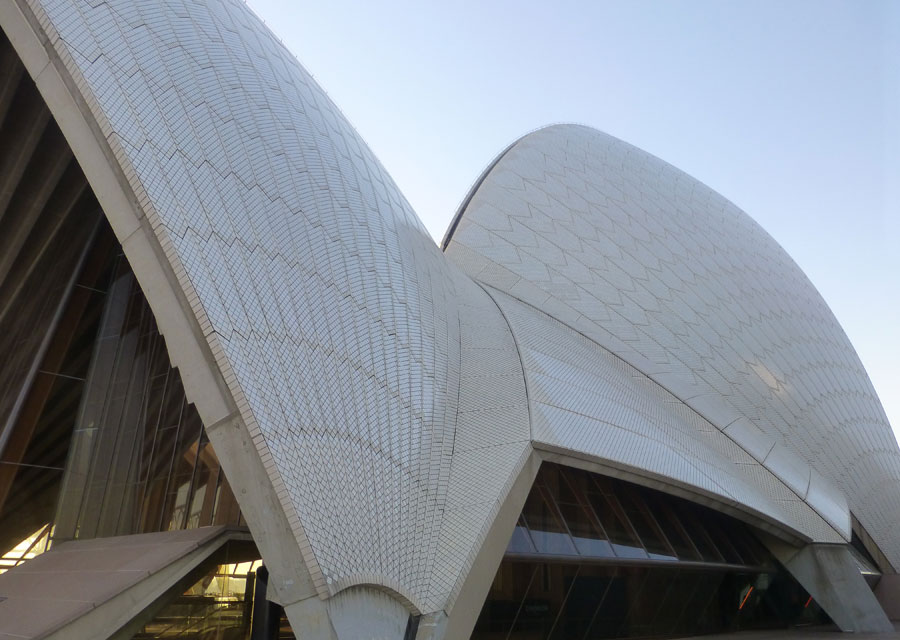 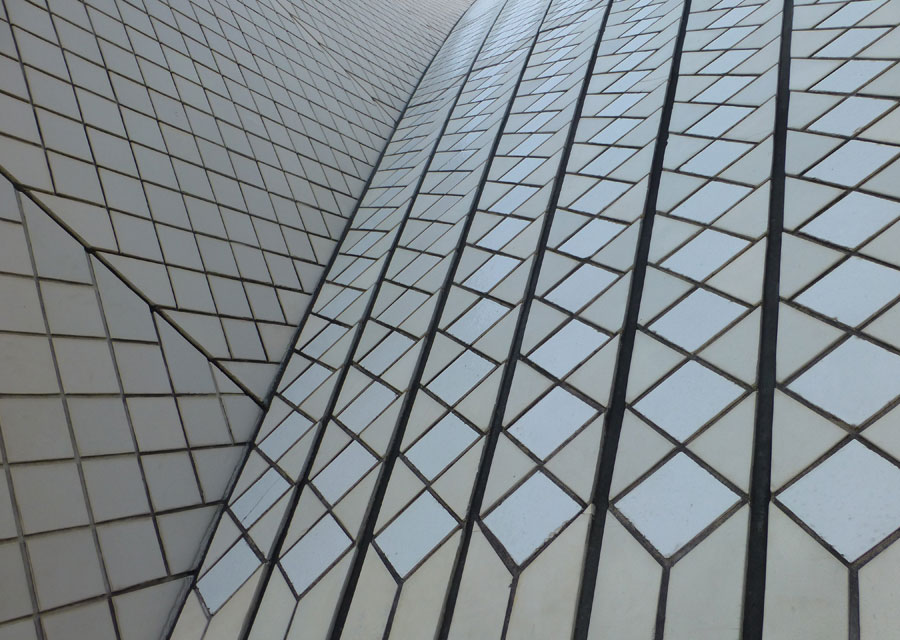 We stayed around the harbour until the sun set (at a usual winter time of 5:30pm, despite the decidedly - to British sensibilities - summer temperatures of the day...very strange!) and had a drink at the lively Opera bar next to the Opera House. Lit up at night, the building is just as beautiful. 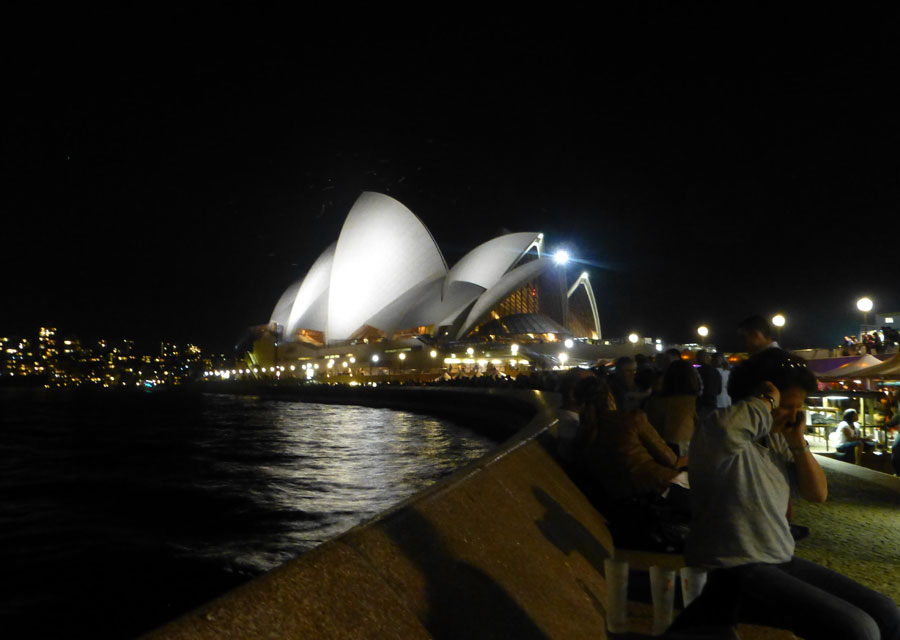 Taronga Zoo will be high on the wish list of most visitors. Not only do you get to see loads of unique Australian wildlife, but you also get to take a ferry across the harbour to reach it. Which of course gives great opportunities to capture the city, the Opera House and Sydney Harbour Bridge in the same shot (with some sailing boats). 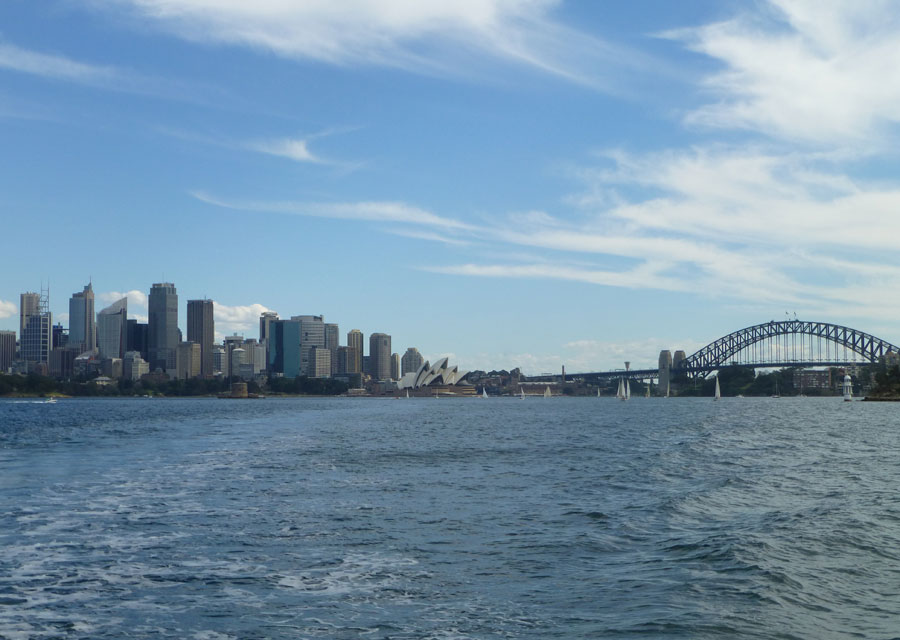 Taronga is a fabulous zoo. You can see such wonderful animals and get quite close to them in some cases. Birds zoom over your head in the aviaries and this grey kangaroo was casually lazing just 6 feet from me, with no fence in between us. The keeper explained that this was a female kangaroo ("the males would cause too much bother with no fence") and seemed vaguely amused at my excitement. 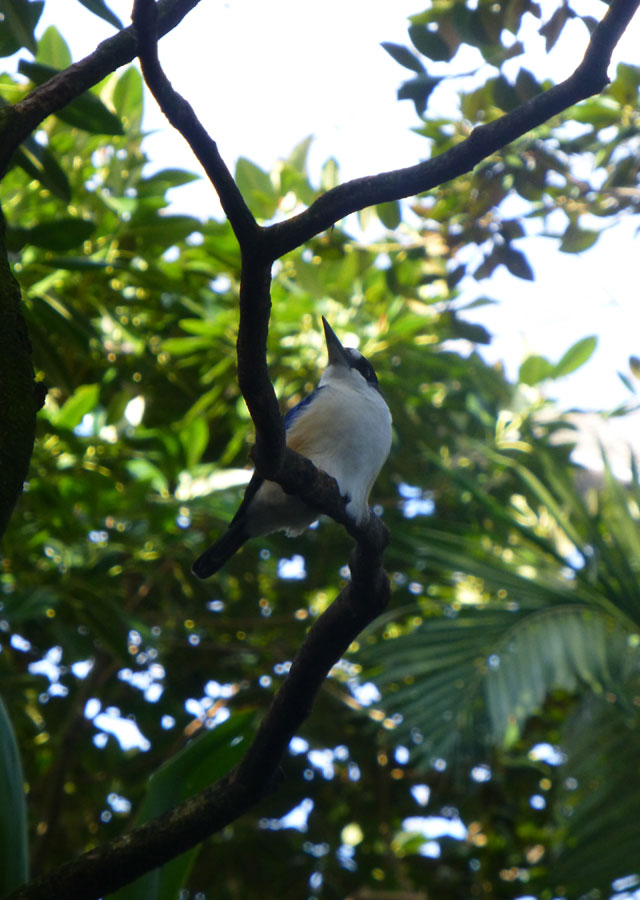 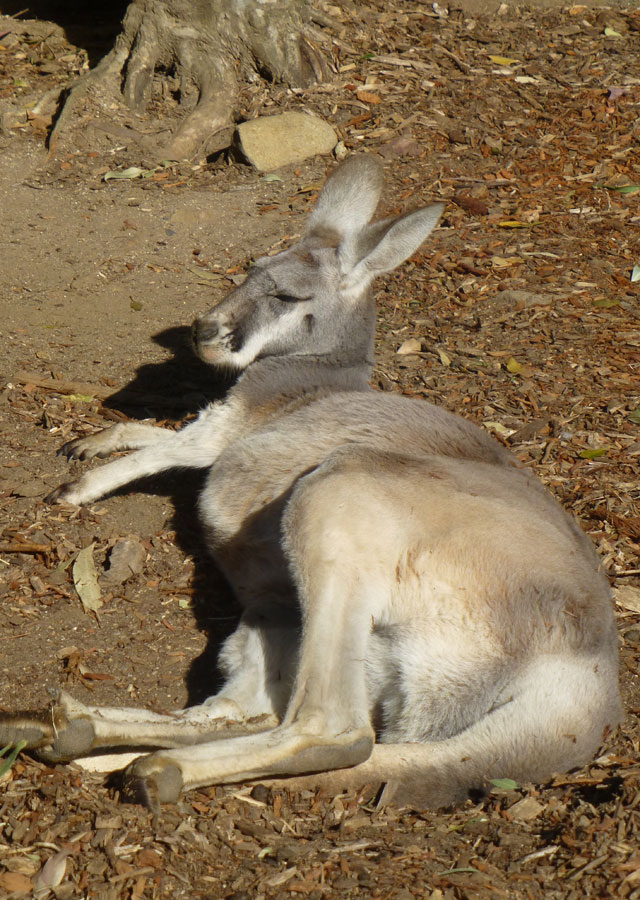 This is my favourite kangaroo photo. It shows a female red kangaroo looking as if a day dozing in the sunshine has all got a bit too much. Or maybe she was just camera-shy. 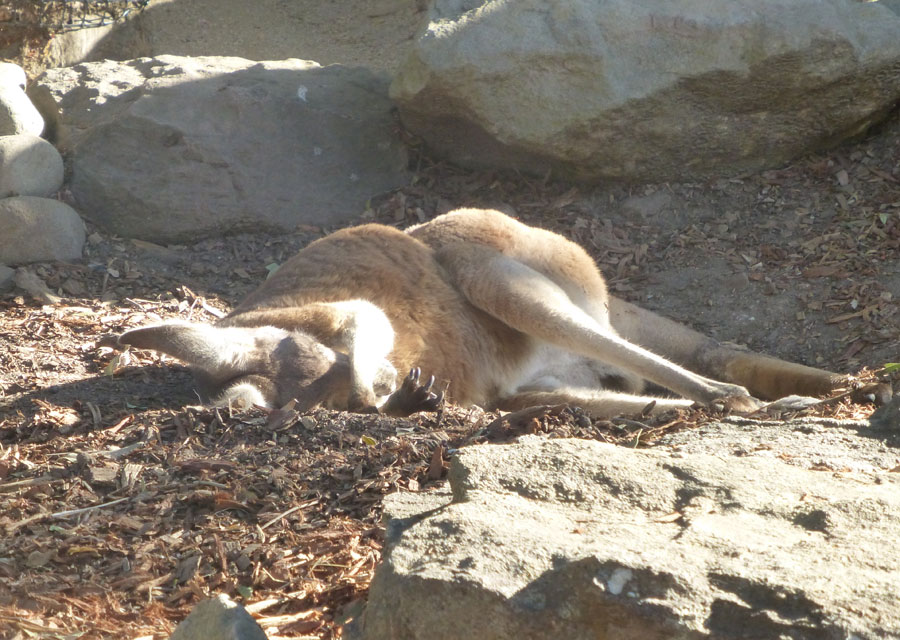 And this is my favourite koala photo. I love the slightly startled expression on his face as he pops his head over the branch! Everybody knows that koalas are sleepy creatures but I was surprised to watch them struggle even to grasp leaves less than a foot from their mouths! Apparently, this is because the eucalyptus doesn't give them enough energy, they just like it a lot! 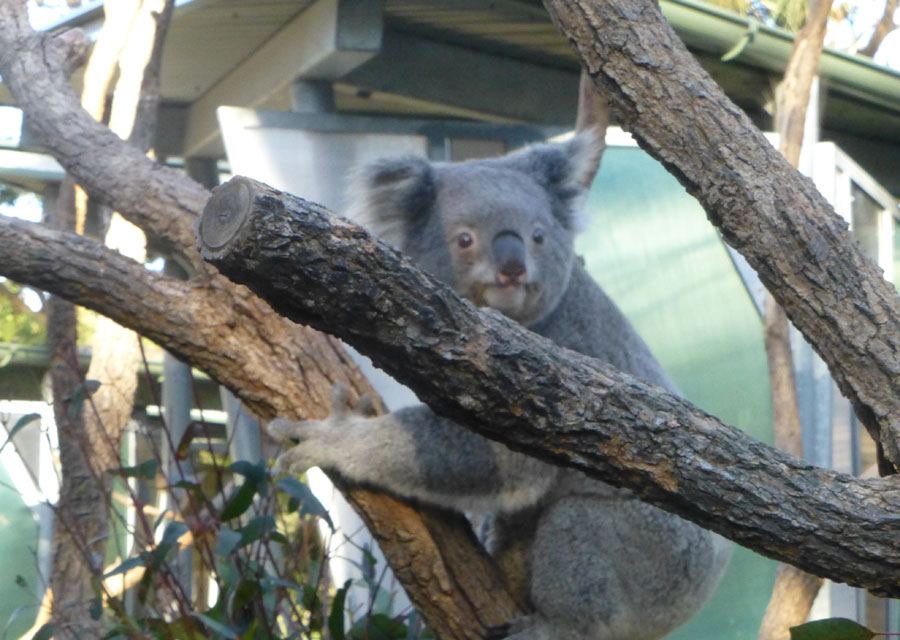 Here's the view of Sydney from the zoo. I can't think of many zoos with a better location! 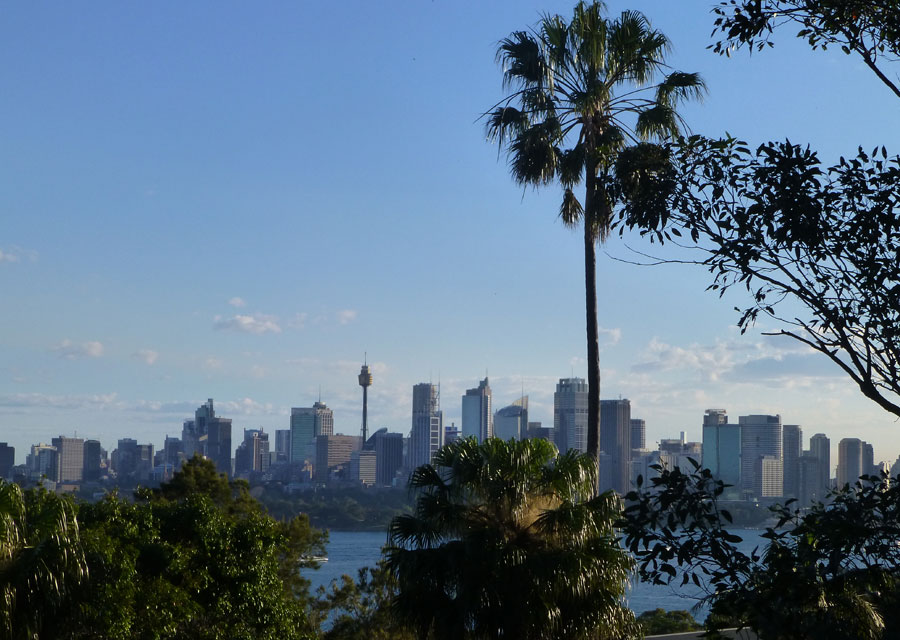 And finally, I was lucky enough to be on a boat when the sun set behind the bridge. I couldn't believe the colours! This is the kind of holiday image you never forget - big and bold. Just like Sydney itself. 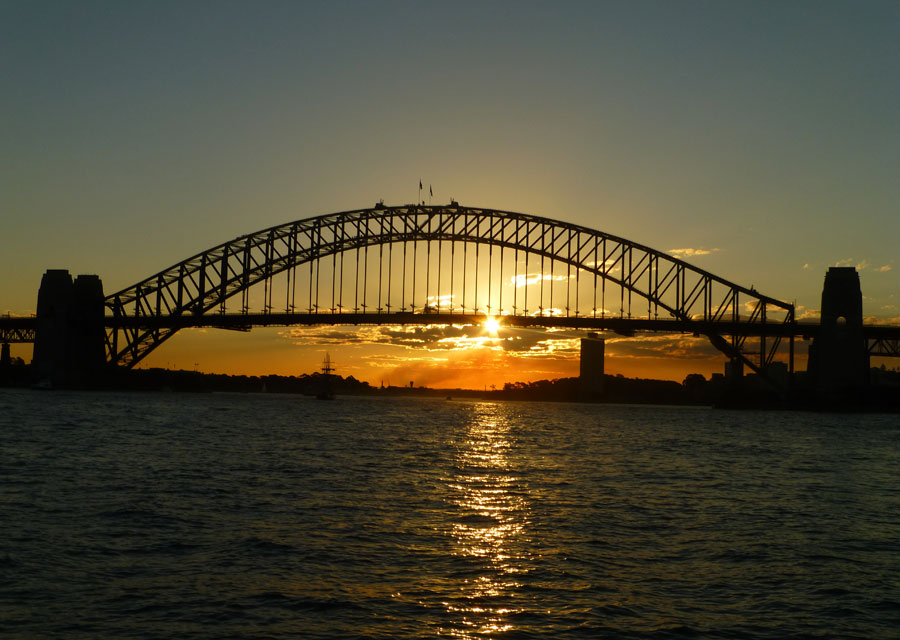 Inspired to visit Sydney? Read more about the city here or buy one of our Sydney travel guides to take with you.