Mexico City is constantly evolving. As trendy restaurants, bars and galleries move in, neighbourhoods are being regenerated and public spaces reshaped. Having earned the title of World Design Capital for 2018, Mexico City has lots to be proud of, and lots to look forward to... 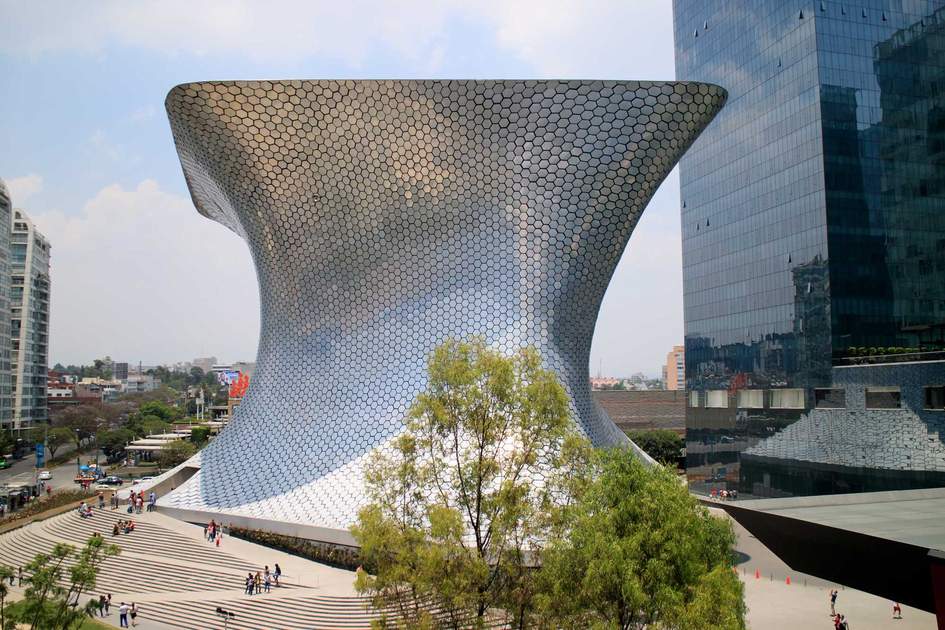 There’s nowhere in the world quite like Mexico City. With more than 20 million people crammed into the metropolitan area, the city is literally bursting at the seams. It might be crowded, but its heaving population is also the source of Mexico City’s frenetic energy and edgy vibe. It may also seem overwhelming, but the centre’s grid system is surprisingly easy to navigate, and the 12-line Mexico City Metro (also known as the STC) is cheap and efficient.

Mexico City is not without its problems, which are of course exacerbated by population pressures. Informal settlements sprawl around the city’s fringes, pollution is chronic, social inequalities prevail and the capital is vulnerable to extreme weather. The most recent reminder of Mexico City’s precarious position (the city is built on a sinking lakebed) was the September 2017 earthquake, which measured 7.1 on the Richter scale, levelling housing and infrastructure and killing more than 250. However, the disaster also revealed a spirit of solidarity and kinship that inspired people around the globe, as soldiers, rescuers and civilians worked together to unearth survivors. 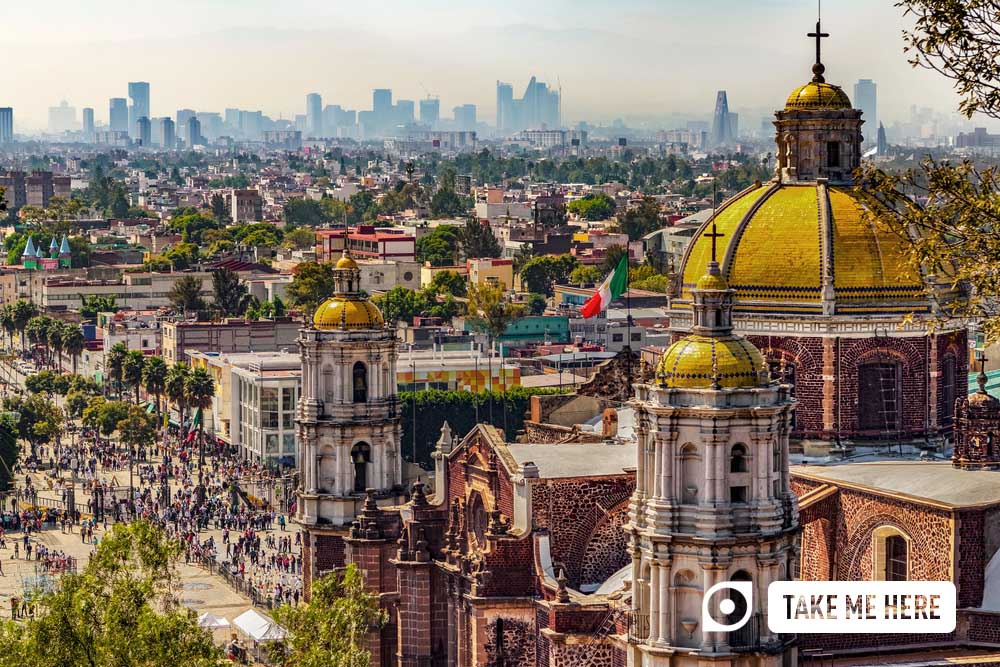 Basilica of Our Lady of Guadalupe, with the cityscape of Mexico City behind. Photo: Shutterstock

As the world’s eighth wealthiest city, megacities around the world are watching as Mexico City attempts to overcome these significant challenges. Its designation as World Design Capital for 2018 recognises the city’s commitment to promoting social, economic and cultural development through socially responsible design. Mexico has been making innovative strides in health, communications and security, as well as developing a new bike-sharing programme (EcoBici) and creating urban gardens, parks and playgrounds. Regeneration projects have targeted low-income areas, focussing on transforming lives through design. Our local experts can design a tailor-made trip to Mexico City for you, based around the World Design Capital events to ensure you make the most out of this event.

The design scene got off to a good start in 2018, with a Mexico City house being long listed for the 2018 RIBA International Prize, which recognises the ‘meaningful impact’ of good design. The house, designed by Tapia McMahon, is a family home built on a brownfield site using repurposed material.

Other trendy design spots include Havre 77, a derelict 19th-century mansion reimagined as a creative hub, with a co-working space, shops, offices, housing units and an eponymous French restaurant. Independent designers continue to do well here, amid the prominent art museums and more contemporary spaces showcasing art, including Kurimanzutto, which is located in a former lumberyard and industrial bakery, displays exhibits by a rotating selection of independent artists. Design hotels are joining the party, catering for every budget.

And if Mexico City’s captivating art and design scene isn’t enough, foodies will be impressed too, with new restaurants moving in and helping to revitalise old neighbourhoods. Colonia Juarez is an up-and-coming area to look out for, with creative energies being brought in by chefs, artists and designers setting up shop, bringing with them restaurants, cocktail bars and cool new galleries.

So, this year, why not pay a visit a city full of possibility with Insight Guides? Our local experts can design a tailor-made trip, to get the best of Mexico City, a city with more museums than any other on earth, a Unesco World Heritage Site centre and an explosive design scene.

The Yucatán: Ruins and Haciendas