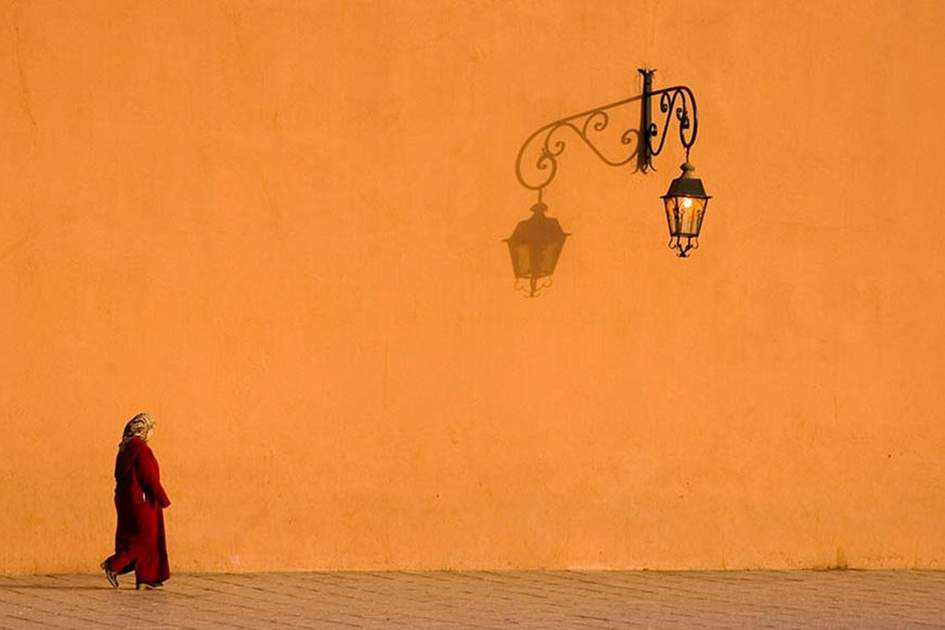 As you may have noticed we will still not admit defeat - only a short flight away the sun is still shining in Morocco.

Morocco is one of the world’s most exotic destinations, yet it lies right on Europe’s doorstep. A country of extravagant architecture and labyrinthine walled cities; of windsurfers on the wild beaches of the Atlantic coast; and hikers amid the almond blossom and waterfalls of the snowcapped High Atlas Mountains.

The juxtaposition of Berber villages and sophisticated cities with chic roof top bars overlooking medieval medinas are set to a soundtrack of African rhythms meeting Andalusian melodies echoing 1,000 year old traditions of Moorish Spain, a neighbour at a mere 4 miles (6km) away.

With such variety in such close proximity for a week or less you can have what feels like three trips in one.

Start your trip in the intoxicating capital. The vibrancy of this city will hit you at full force attacking all your senses. You arrive at the airport and immediately hit the chaos of passport control, jump in a taxi and overtake camels, mopeds and horse drawn carriages. Stay in the medina to really get down and dirty with this enchanting foreign land.

This renovated riad (traditional Moroccan house with courtyard, the garden of which evokes paradise) is owned by French-British couple Michel Contreras and Michael Mathews who give you a warm welcome, and are on hand for any queries you have before your trip as well as a good chat and advice during your stay, without being too invasive.

I chose this riad for its expert combination of cool, contemporary colours and subtle signature architectural and decorative Moroccan features giving it a fresh and modern feel. I prefer to savour the rich colours and lavish gold in the mosques and medinas. This riad has a house party atmosphere whether you are in the mood for cocktails on the roof terrace, curling up with a good book in the sitting room or a game of backgammon, a dip in the pool or being pampered in the hammam. Guests gather in the courtyard and eat at the long dining room table in the adjoining dining area off the courtyard. If you arrive late they will have dinner waiting, after a strong gin and tonic served on your balcony having settled in to your room – some of which come with fireplaces for cooler winter nights. 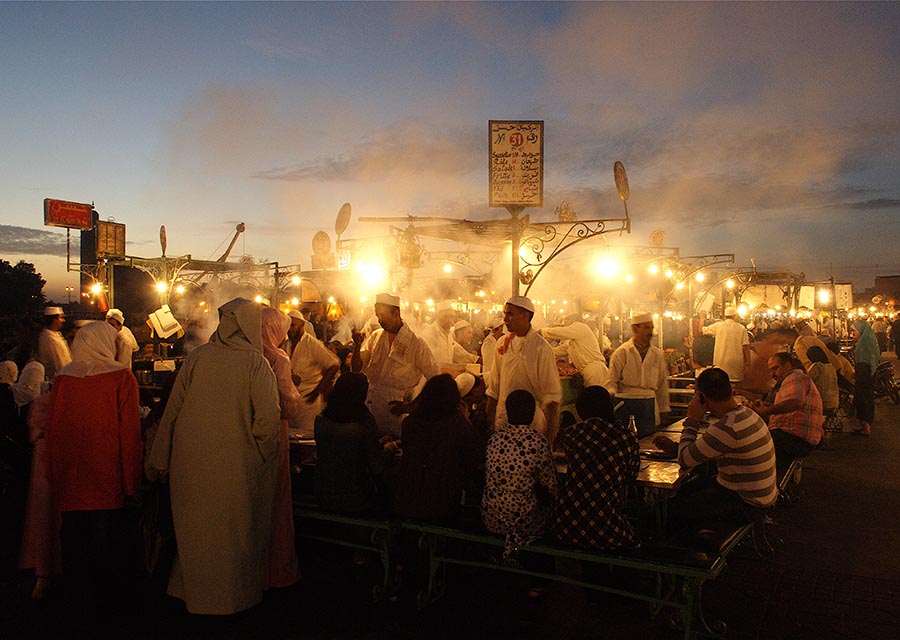 Spend the day getting lost in the medina and absorbing the atmosphere in one of Africa’s great squares Jemaa el Fna. Play witness to the sea of humanity that congregate here including acrobats, storytellers and snake charmers (who will dry to drape their dopey snakes around your neck for a €5 photo). Jemaa el Fna has several translations  - the place of the dead, place of destruction, or even place of the apocalypse. The very heart of Marrakech, it defines the city’s role as a marketplace and cross roads, where trans-Saharan trade caravans transporting salt, gold, sugar, spices and slaves once came to rest, the merchants seeking company and entertainment after weeks of hard traveling.

If it all gets too hectic stroll in to the Photography Museum (Maison de la Photographie) – a private collection of over 8000 photographs about Morocco between 1870 and 1950. The exposition contains hundreds of old photographs and shows the first film recorded in the High-Atlas in color, in 1957 by Daniel Chicault “Landscapes and Faces of the High-Atlas”. It also has a wonderful terrace for lunch or some fresh mint tea. 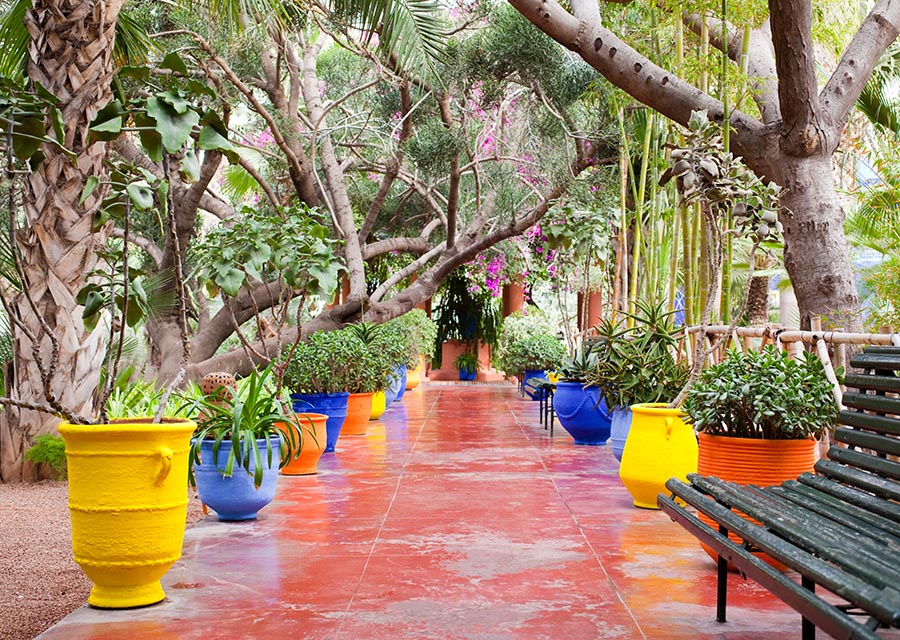 In the afternoon wander through The Majorelle Garden designed by the French painter Jacques Majorelle in the 1920’s, made famous amongst fashionistas by its restoration in the 80’s by fashion designer Yves Saint Laurent and his partner Pierre Berger. 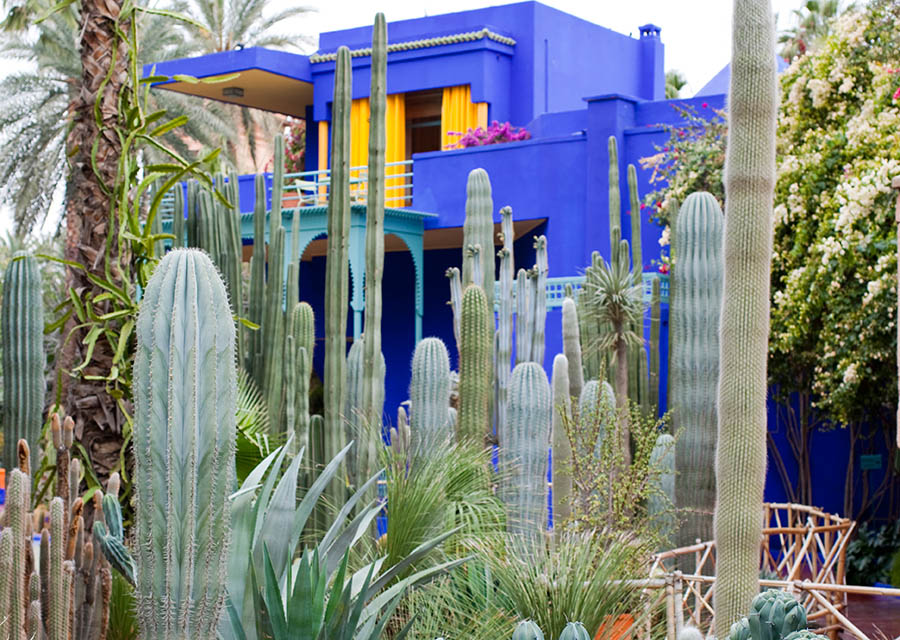 Alternatively take refuge at Le Bain Bleu– if you can find your way through the labyrinth - to experience a traditional hammam. One of the city’s finer spas, you will be taken underground for up to 3 hours where you will be left to simmer in the hammam before being scrubbed with black soap, covered in mud, bathed, thrown in to the Jacuzzi, massaged from head to toe with essential oils then led to a lounger and served Moroccan tea and delicacies as you slowly rejoin the real world, revitalized and ready to venture back in to the medina. 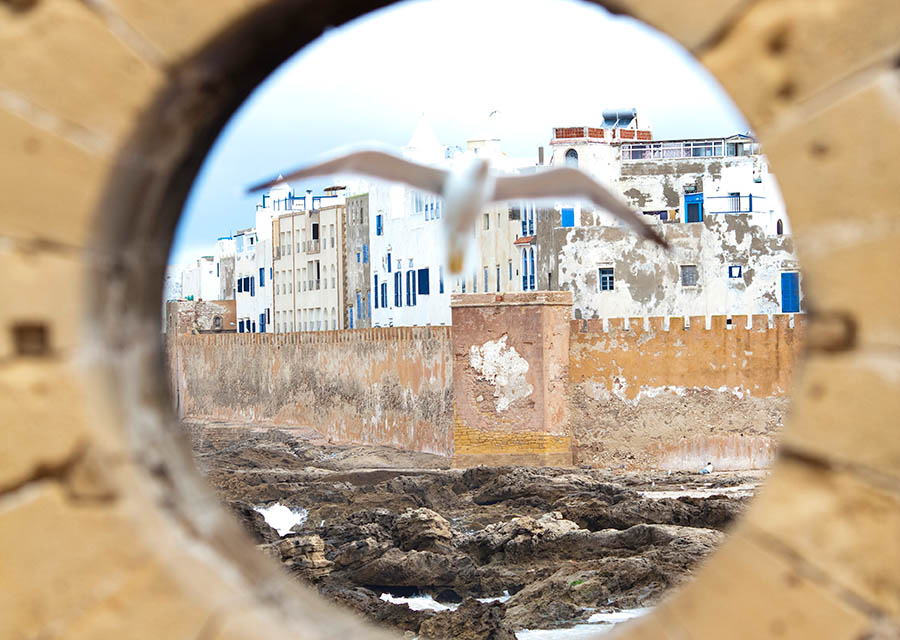 Next stop Essaouira - the windy city and location of Orson Welles’ Othello. Take an air-conditioned bus from Marrakech bus station or a private car for just over a 2-hour drive.  The laid back coastal town of Essaouira is a UNESCO world heritage site, its picture-perfect white-washed medina one of the country’s most attractive.

Beautiful suites that feel like chalets with large fireplaces and lots of wood, but reminiscent in style of 1001 nights. Rooms come with floors of Moroccan bejmattile and walls of tadelakt. The riad has a very relaxed atmosphere and fantastic friendly service. The main selling point of the suites are the bathrooms with tubs the size of small pools covered with petals and surrounded by candlelit laterns – you won’t want to leave your room.

Start your day with Equi Evasion. You can book many excursions through the hotel including camel rides or horse riding along the beach. This is a door-to-door experience - you will be picked up, taken to the stables where you can say hello to the camels and their newest arrivals, choose your horse and get to know your guide before mounting and cantering off down the beach. You will be dropped back at your hotel (or where you wish) just in time for lunch, having worked up at appetite breathing in the sea air. 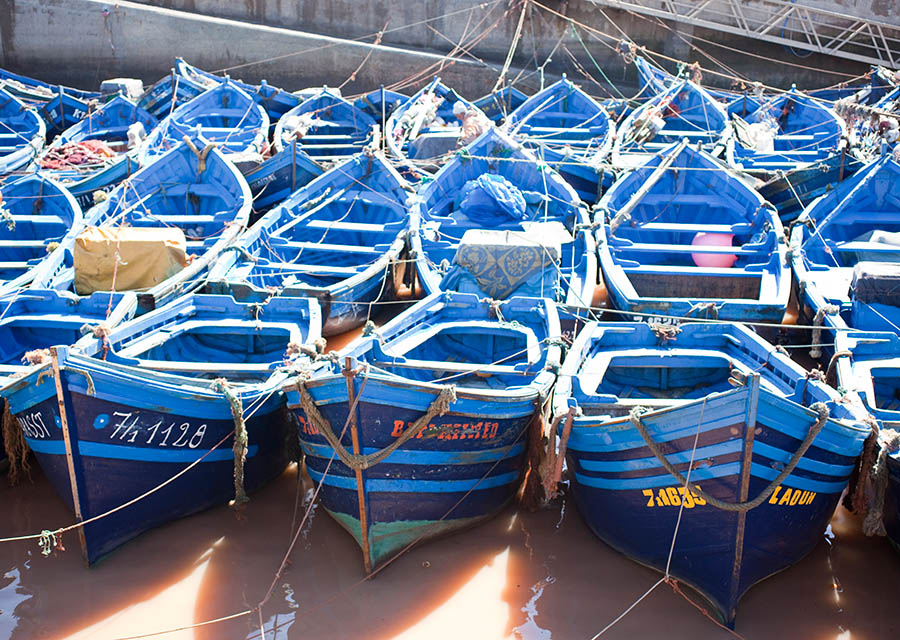 Meander over to the port to eat some freshly caught seafood at one of the food stalls. This enclave of little open-air fish restaurants decked out in blue and white awnings is an Essaouira institution, and a great place for lunch. Your choice of fish, from sardines to sea bass and lobster, is weighed and grilled while you pull up a chair at a communal table. There may be a few cats asking to share. 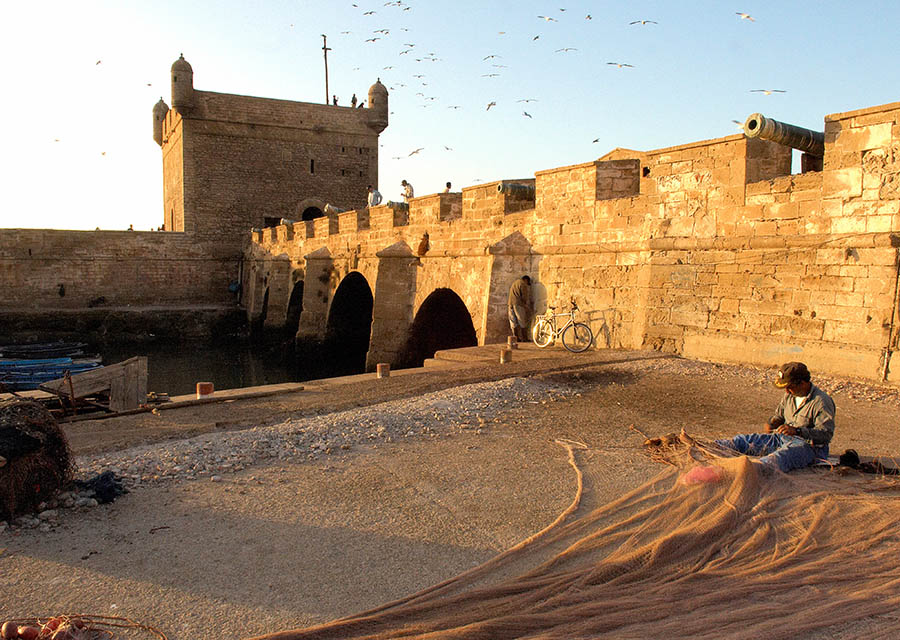 Spend the afternoon walking around the medina peeking in to souvenir shops and admiring the architecture – giant ornate doors, impressive woodwork and a huge circular bastion – the most impressive of the town’s various gateways. This imposing stretch of fortifications is topped with dozens of European cannons, several British manufactured, offered as gifts from merchants to the Sultan Mohammed Ben Abdullah.

This restaurant is like no other I have been to. You feel as though you are walking in to someone’s house if not a museum. Originally the owner’s family home he has spent years creating his oasis where cuisine meets design, without a hint of pretension. You are surrounded by art deco bric-a-brac from the 70s, amid the hubbub of tourists-in-the-know and lucky locals offset to Parisian classics and experimental jazz. You almost feel as if you are in a time warp, that happy feeling that time has stopped. My favourite kind of restaurants are those where you are served food without asking. Delicious dips are brought to your table whilst your waiter talks you through the selective menu. The food is absolutely exquisite. I would visit Essaouira for Elizir alone.

Last stop and possibly my favourite is the Atlas Mountains. A land where cloaked figures shuffle in to mountain-side mosques, womenfolk harvest crops in immaculately terraced fields, and the pace of life slows to a virtual stand still. 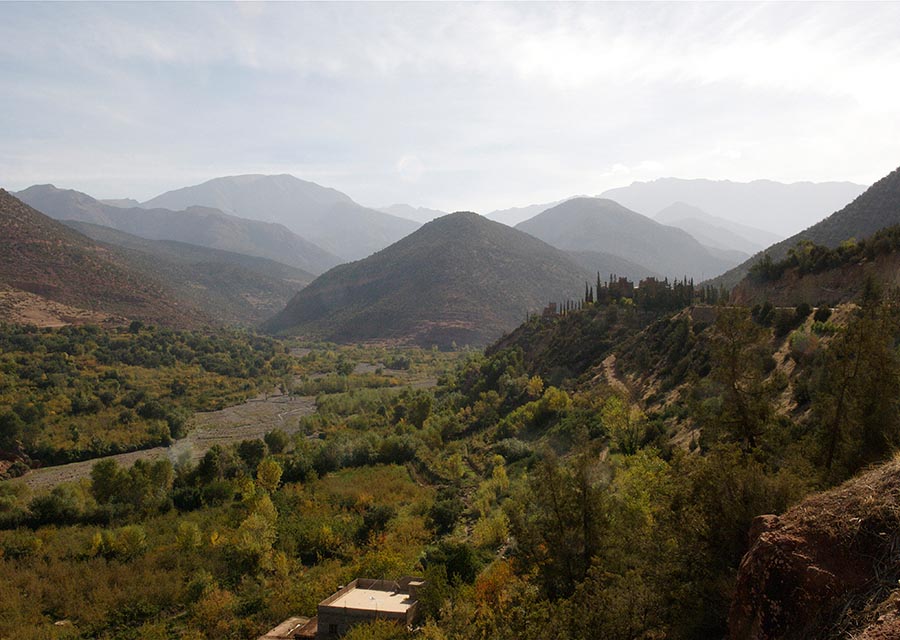 If you don’t quite fancy forking out for Richard Branson’s Kasbah Tamadot stay at the wonderful Kasbah du Toubkal. You will be met in the village of Imlil, set in the Toubkal National Park, by the Kasbah staff with donkeys in toe to carry your luggage up the steep winding track shaded by walnut trees up to the hotel. Set in a spectacular location overlooking the valley. The hotel, which doubled as a Tibetan temple in Martin Scorsese’s film Kundun, has a range of luxurious rooms (advance booking essential) including a watch-tower with private terrace atop. A unique location and impressive responsible tourism credentials. 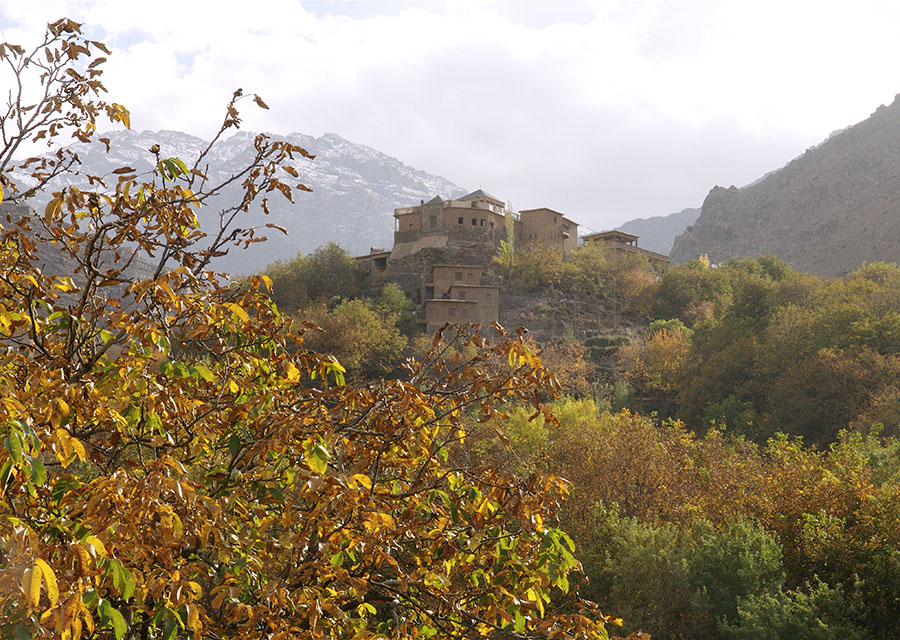 Kasbah du Toubkal gives you no reason to leave. Join a group or take a private guide for a trek whether it is half a day visiting berber villages and admiring the views or taking two days to reach the summit of Mount Toubkal (Jbel Toubkal), which is, at 4,167m above sea level, north Africa’s highest mountain. 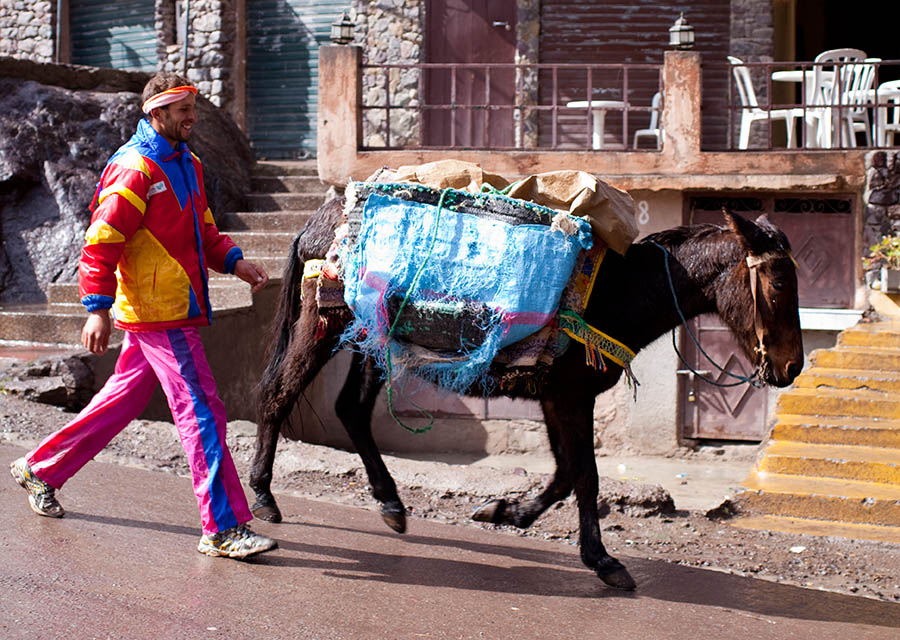 Spend your afternoons sunning on their many terraces, playing giant chess in the gardens or bathing in the private hammam.

Meals are included and delicious, a social time to make friends with fellow guests in the lantern lit dining room. 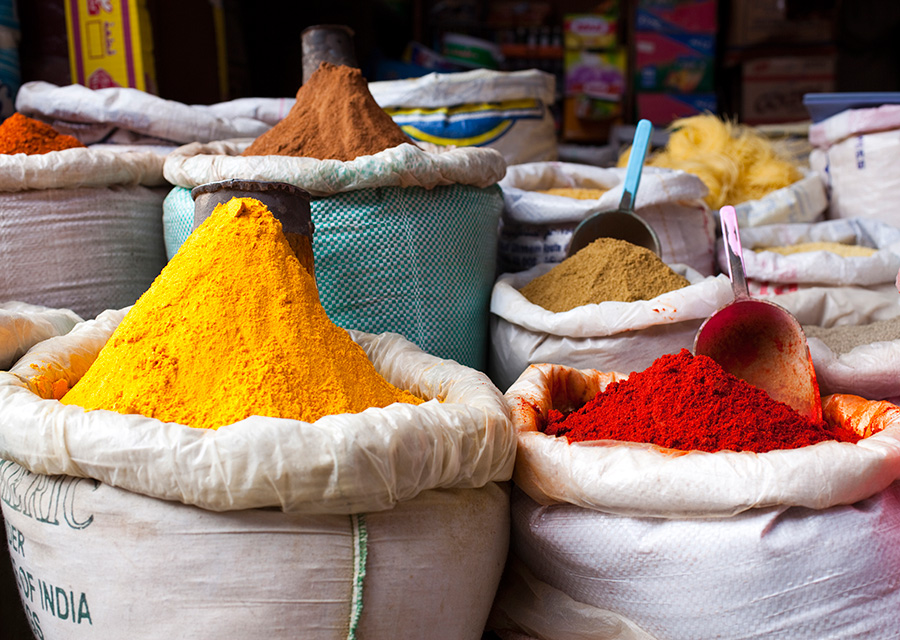 If three stops aren’t enough, pick up an Explore guide and keep on going. You will inevitably not be quite ready to go home….I certainly wasn’t.

For many years, I have wanted to travel to Morocco. The execution of the trip was amazing, from the time we landed in Casablanca to the time we left. The guide and driver were excellent. The guide was very knowledgeable, quite affable, and responsive to our special needs and requests. The accommodations were unique and beautiful.