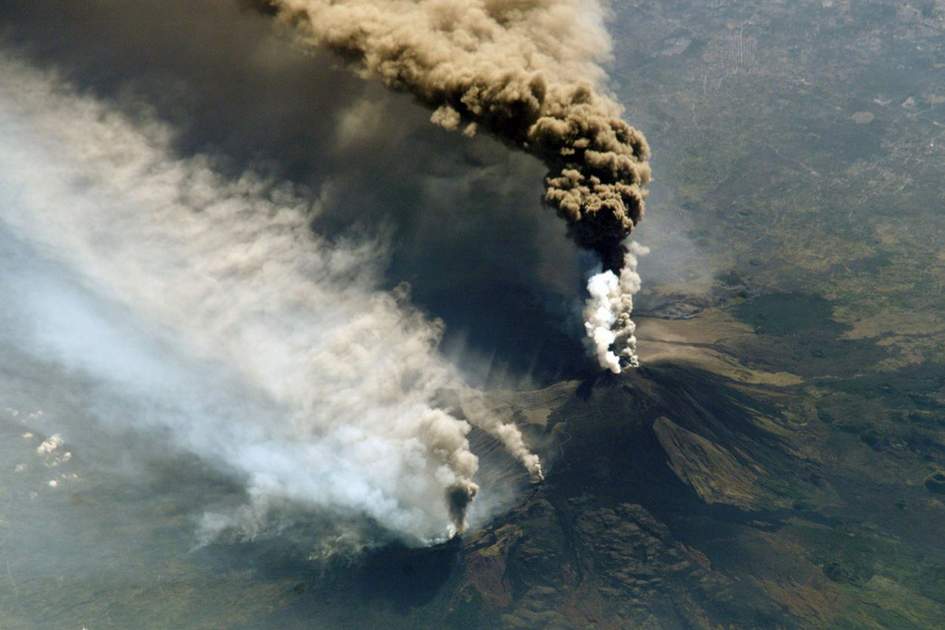 Mount Etna in Sicily, Europe's largest and most active volcano, has erupted again, spewing ash and molten lava high into the air.This is the fifth time the volcano has erupted this year.

Early in the morning on 1st April, hot lava could be seen moving down the mountain. The eruption lasted around 90 minutes, but no damage or major disruption was reported.

The volcano has been described as “a huge house-cat that purrs quietly and awakens every so often”. However, when Etna calls in her dues, the cat spits fire. And when Sicily’s famous volcano erupts, the results are always unpredictable. As local resident Giovanni Giuffrida says: “Lava is like a mole; it takes cover, burrows and reappears where you are not ready to catch it.” In terms of duration, an eruption can last 10 minutes or – like the outburst of 1614 – 10 years.

Over centuries, the Catania coastline has receded or advanced in response to Etna’s major lava flows. Even the 1908 earthquake, which razed Messina and claimed over 60,000 victims, did not change the coastline. But lava flows from Etna have often redrawn the map, most recently in 1978–9 when lava spilled into the sea, and reached the chapel doors at Fornazzo, a village on the coast. A miraculous intervention was claimed after the molten lava was halted by a statue of the Madonna.

Historically, two of the most catastrophic eruptions occurred in 1381 and 1669, with lava flows that engulfed Catania and destroyed Nicolosi. In modern times, significant eruptions demolished the villages of Gerro and Mascali in the 1920s. Randazzo was narrowly spared by an eruption in 1981, which reached the town walls and destroyed surrounding vineyards. Closer to the volcanic heart, the 1983 eruption destroyed most of Refugio Sapienza and neighbouring property, lifts and roads.

During the 1992 eruption, the Americans were called in to save the resort of Zafferana Etnea, on Etna’s eastern slopes. A US Navy and Marine task force, armed with the world’s largest helicopters, made daring forays to the mouth of the crater, dropping blocks of concrete into the seething river of lava, and managed to stem the flow.

Every few years, Etna’s glittering red cone is visible from Catania during the day, while tourists as far away as Taormina can see nightly firebombs shooting out from a secondary cone.

Given that major eruptions occur, on average, every 300 years, and that the last catastrophic volcano and earthquake were in 1669 and 1693 respectively, simple calculations suggest that doomsday could be nigh. Not that Sicilians who choose to live on the slopes of an active volcano see it like that, of course.