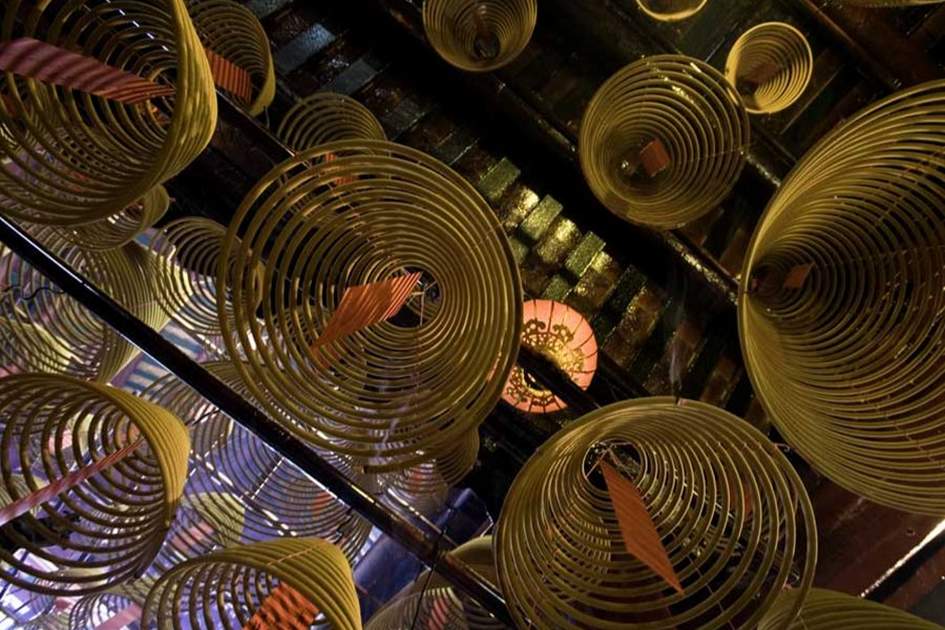 It could be said that Hong Kong as a whole pulsates with the visual energy of a fireworks display. It resonates to the din of a dim sum restaurant’s peak hour. Mesmerising, at times chaotic, intriguing, puzzling, endlessly exciting and in parts possessed of an astounding alternative beauty, Hong Kong is a place that precipitates the strongest emotions. Yet despite its brash and modern exterior, Hong Kong’s population remains firmly rooted in tradition.

Hong Kong can be divided into four parts: Hong Kong Island, the Kowloon Peninsula, the New Territories and the numerous outlying islands.

Across the harbour – by the Mass Transit Railway, Star Ferry or via one of the three tunnels – is Kowloon, with its millions of people packed into just a few square kilometers.

Beyond the mountains that ring Kowloon to the north lie the anachronistically named New Territories, leased by the British for 99 years and handed back to China, together with the rest of Hong Kong, in 1997. A mix of empty hillsides, bucolic landscapes and bustling developments, it’s a very different side of Hong Kong.

A further step into the outfield is granted by the 230-plus outlying islands, some changing for ever and others uninhabited and unaltered since the day the Union Jack was first planted.

Throughout October, we will be posting fascinating features about Hong Kong on our blog, so come back soon for more on this vibrant and eclectic city.

Sightseeing in Hong Kong starts at sea level with the enthralling water traffic against the background of a sci-fi cityscape of spectacular tower blocks climbing up steep hills. From The Peak, Hong Kong Island’s highest point, or from its skyscraper-hotels, the views are especially exciting at night, when the harbour comes alive in a blaze of lights. The next steps you take will depend on what you want to experience in Hong Kong.

If you want to experience the old city amongst the modern splendour, choose the Western District

Western District is located just to the west of buzzing Central, but is worlds away from that ultra-modern financial district. This is one of the least Westernised areas of Hong Kong, and provides a rare hint of the old city. Alongside wine shops, gourmet stores and shiny new hotels you will still find herb and medicine shops, paper shops, rice merchants, makers of incense and chops (traditional Chinese carved seals) and some of the city’s best antique dealers within its warren of side streets.

This wonderfully dark and atmospheric temple was built around 1842. The immense incense spirals hanging from the ceiling can burn for weeks. Man is the god of civil servants and of literature, and in Mandarin society, civil servants were the best-educated and most sophisticated group. Mo is the god of martial arts and war, and is more popularly known by his worshippers as Kuan Ti or Kuan Kung.

If you want to see bright lights and night-time markets, choose Kowloon

Kowloon is quite different from the glittering island across the harbour – it’s a little rougher round the edges and on the go later into the night. By day, it is not an especially attractive place. Instead, it’s all about atmosphere, and few can deny the electricity that charges life here, especially at night. Darkness also casts a forgiving light over its mish-mash of urban design, and allows its thousands of neon lights to dazzle. Nathan Road’s ‘Golden Mile’ is a seemingly endless shopping strip in Tsim Sha Tsui, the bustling district at the tip of Kowloon Peninsula.

Thousands of songbirds are displayed in intricate bamboo or wooden cages at this market in Mong Kok. The birds are valued not so much for their appearance as their singing abilities. You can buy birdcages here to take home as souvenirs.

Plan your trip to Hong Kong