Planning a holiday to Sri Lanka

The secret's out – Sri Lanka's charms are enticing more visitors than ever before. But where to start if you want to take a trip to this tropical isle? Our local experts provide a run-down of what to do, whatever your interests 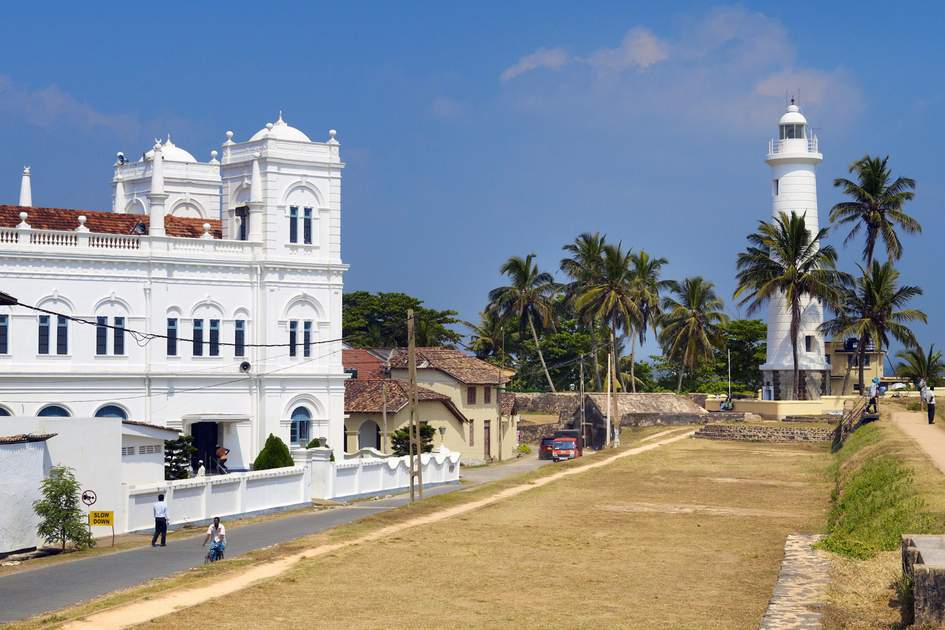 Sri Lanka is one of Asia's ultimate island paradises, with endless miles of golden beaches and verdant tropical landscapes, plus all the facilities you could want for a luxury holiday. But what to do and where to go?

Sri Lanka is a small country, with a land area of 64,740 sq km (25,000 sq miles) – roughly the size of Ireland – around 430km (270 miles) from top to bottom, and 220km (140 miles) from east to west at its widest point, though the range of contrasting landscapes and cultures packed into such a small space can make it feel much bigger.

Most of Sri Lanka is flat and hot, though the uplands of the hill country, occupying the central southern portion of the island, rise to cool, mist-shrouded heights. The island’s highest point is Pidurutalagala, near Nuwara Eliya in the hill country, which reaches 2,524 metres (8,281ft), though its most famous mountain, the sacred Adam’s Peak, is a little smaller at 2,243 metres (7,359ft).

The gateway to the island for all travellers is Colombo, a fascinatingly eclectic city which offers an absorbing introduction to contemporary Sri Lanka. Many of Insight Guides' Sri Lanka trips begin in Colombo: review suggested itineraries online now. Alternatively, many travellers head straight down the coast, where long swathes of golden sand are shaded by forests of palm trees and the majority of the country's established beach resorts for Westerners are found. Travel around the country is straightforward, thanks to a good network of roads, railways and buses.

The best way to cover ground and see the top sights in Sri Lanka is to have your trip organised for you. Sound simple? That's because it is. Insight Guides' range of trips to Sri Lanka provides the best in luxury travel and cultural experience, without the hassle of organising it yourself. Review suggested itineraries online now or talk to a local expert today to create your holiday from scratch. 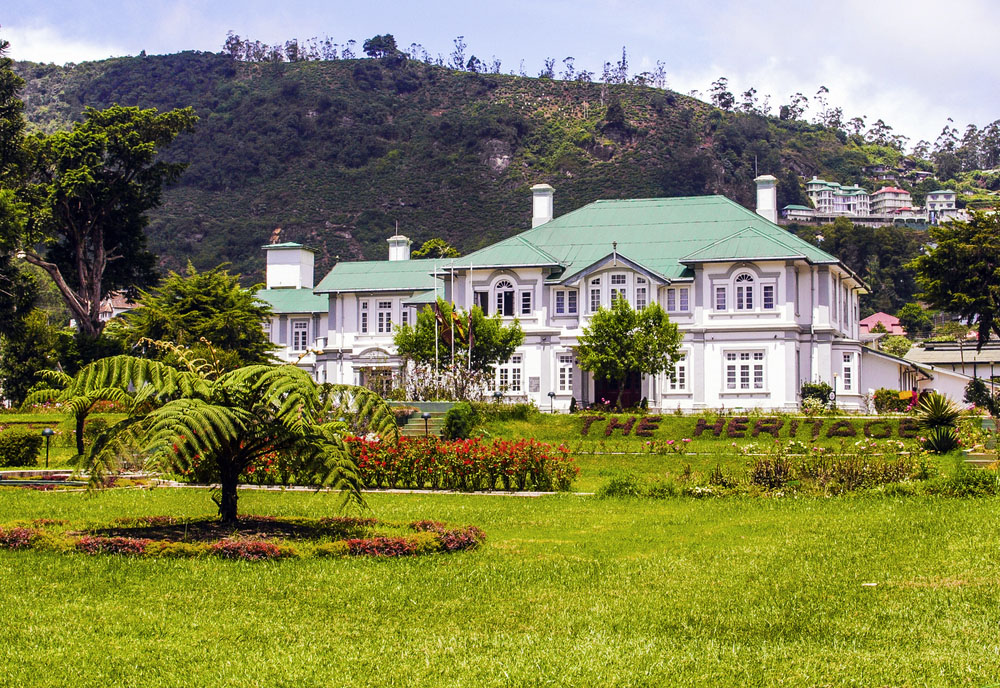 At the southwestern tip of the island lies the atmospheric city of Galle. This is one of Sri Lanka’s most memorably time-warped destinations, with a fascinating mix of crumbling colonial buildings. Over the past few years, Galle has also become one of the island’s most vibrant and cosmopolitan cities, as a sizeable influx of European expats (mainly from the UK) have moved into the old Dutch fort, buying up and restoring ageing properties and adding an unexpectedly internationalist dimension to this formerly sleepy town. The evidence of this foreign influx is apparent everywhere: in the string of bijou shops and cafés that now line the streets of the fort; in the town’s new swathe of luxury villas and upmarket hotels; and in the steady string of cultural events. Explore its highlights for yourself: Insight Guides' Sri Lanka: Culture and Coast trip takes in the best of Galle's modern and traditional areas.

Galle is the most perfectly preserved colonial town in Sri Lanka, with streets of low-slung Dutch villas hemmed in by massive coral bastions and the breaking waves of the Indian Ocean just beyond. Discover its maze of backstreets, cool boutiques and years of history on Insight Guides' Sri Lanka Deluxe holiday.

History’s influence is unavoidable in Galle Fort, a UNESCO World Heritage Site. The peninsula forming the western wing of Galle’s natural harbour was originally a low-country settlement ruled by the kings of Kandy. The Portuguese invaded in 1589, and built a fortalice overlooking the harbour. They were chased out in 1640 by the Dutch, who, during their 156 years of occupation, added major fortifications and enclosed the peninsula. 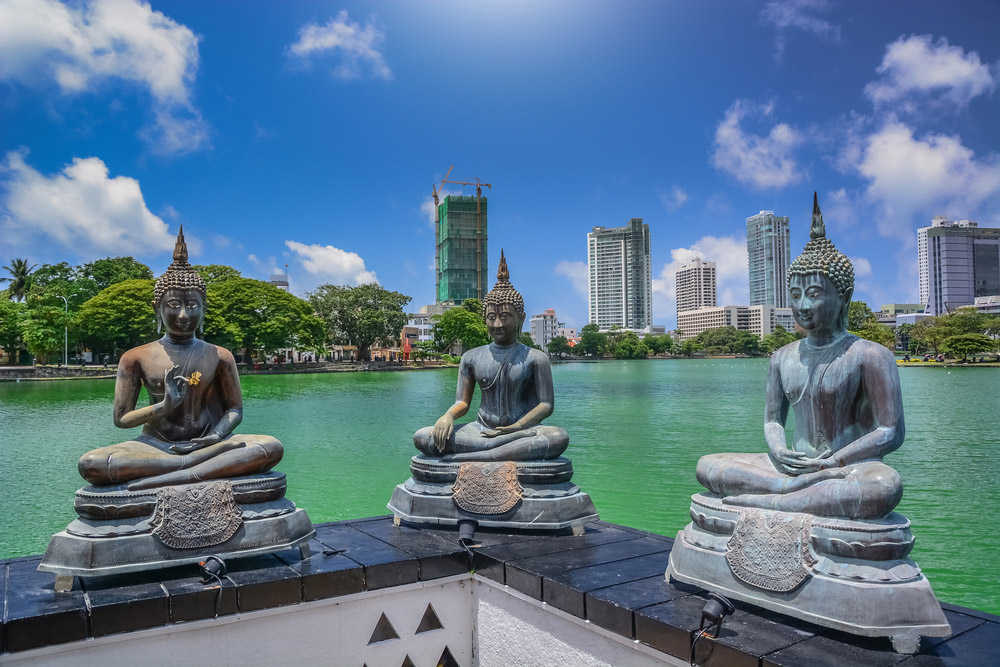 If you want ancient sites, visit the Cultural Triangle...

Inland from Colombo, in the dry-zone plains, lie the heartlands of ancient Sri Lankan civilisation, and the ruins of the great cities which once flourished here are nothing less than staggering. The entire area is loosely referred to as the Cultural Triangle, an imaginary construct with its points at the three great Sinhalese capitals of Kandy, Polonnaruwa and Anuradhapura, which encapsulates one of the world’s most extraordinary collections of Buddhist art and architecture. Combine a trip to explore the Cultural Triangle with the east coast's best beaches on Insight Guides' Perfectly Sri Lanka holiday.

In the history of Sri Lanka, the Kingdom of Kandy retains an almost legendary place. Established deep in the impenetrable hills at the heart of the island, the kingdom resisted repeated attacks by the Portuguese and the Dutch, clinging stubbornly to its independence throughout the dark centuries during which other parts of the island fell, one after another, to the invading Europeans. Protected by its geographical position and physical remoteness, the Kandyan Kingdom remained a stable point of reference in the island’s turbulent colonial history, preserving ancient religious and cultural traditions, until it, too, finally succumbed to the British in 1815. The city remains a bastion of Sinhalese culture and religion, home to the island’s most revered Buddhist temple and its most sacred relic in the Temple of the Tooth. It’s also the undisputed arts and crafts capital of the island, filled with myriad temples and palaces built in the distinctive Kandyan architectural style, adorned with elaborate murals and finely carved wooden pillars, and often echoing to the unmistakeable sound of the city’s virtuoso drummers beating out rhythms in their uniquely dynamic style.

Ready for your Sri Lanka holiday?

From family adventures to luxury holidays for two: review, modify and book a ready-made trip with Insight Guides online now. Alternatively, talk to our local experts in Sri Lanka today, to tailor your trip to suit your travel style, interests and budget.

This article was originally published on April 12th, 2016.

This was a memorable experience and we will recommend to our family and friends. Thank you.