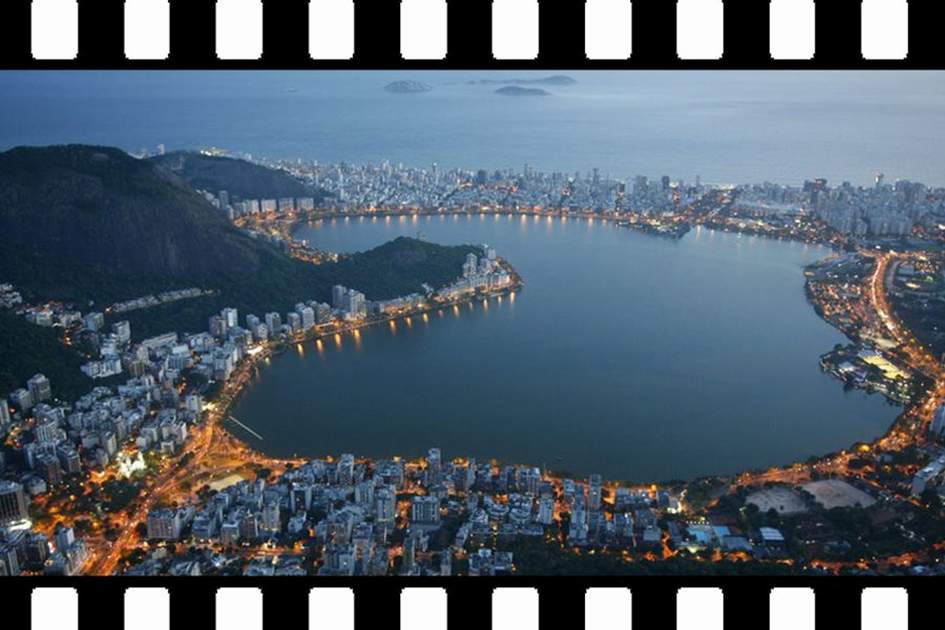 View over Rio from Corcovado Mountain

Rio de Janeiro is our destination of the month and we’ve asked film critic Scott Jordan Harris to take us on a cinematic tour of Brazil’s most storied city. From James Bond to Twilight, and Sugarloaf Mountain to the City of God, here are the best film locations to visit in “the Marvellous City”.

James Bond films are favourites among location-spotters. They are perennially popular, there are a great many of them and they use a great many locations from around the world. What’s more, those locations are often some of the world’s most beautiful and exotic. (Check out Thailand’s gorgeous “James Bond Island” from The Man with the Golden Gun)

In Moonraker, Roger Moore’s 007 sees the spectacular sights of Rio’s Sugarloaf Mountain and Guanabara Bay by cable car while fighting the giant, steel-toothed henchman Jaws. The cable car system is one of the best and most famous in the world (last year it welcomed 600,000 people into its 65-person cars) and, unless you have a fear of heights, it is close to a must-visit Rio location. Full-price tickets currently cost 62 Brazilian Real (around £25), with half-price concessions available. They can be booked online here.

There are endless accommodation options within Rio but, if you’re one of millions of devotees of The Twilight Saga, you’ll want to venture outside it to Mamagua Bay and the opulent rental house Casa em Paraty. Onscreen, it hosts Bella Swan’s long-awaited honeymoon with Edward Cullen and, in real life, it can host yours too – provided you can afford prices that range from £1,900 to £4,600 per night.

Edward and Bella’s honeymoon also takes them right into Rio. They dance at a street party at 77 Avenida Mem de Sá and Rua do Lavrádio and we are shown both the famous Carioca Aqueduct and the iconic statue Christ the Redeemer. The Carioca Aqueduct is a masterpiece of colonial design and 18thcentury engineering that was built to bring fresh water from the outskirts of the city to the centre. In the 19th century it was adapted into a bridge for the Santa Teresa Tramway and nowadays the aqueduct and the tramway combine into another of Rio’s premier tourist attractions.

The gigantic Christ the Redeemer, which overlooks Rio from atop Corcovado Mountain in the Tijuca Forest National Park, is the foremost icon of Brazil and, like innumerable other films, Breaking Dawn Part1 uses it to establish Rio as its setting. Though you can, of course, see the statue from across the city, there are special thrills to be had by taking the train to the top of the mountain and seeing it in person. The trip takes around 20 minutes, with trains leaving every half hour and tickets (which include admission to the monument) costing R$50 for anyone over 12. Tickets for children between 6 and 12 cost half that, and those for children under six are free.

Flying Down to Rio

If Casa em Paratay seems inviting but you’d prefer to stay somewhere that is actually within Rio, or if classic Hollywood movies are more your thing than The Twilight Saga, you should stay at the Copacabana Palace Hotel, which features in the first film to pair Ginger Rogers with Fred Astaire, 1933's Flying Down to Rio. Filming for the movie didn’t actually take place on location at Rio’s best-known hotel but that shouldn’t deter you from staying at a gorgeous Art Deco landmark so close to the legendary Copacabana Beach.

"City of God" is the name given to the extensive slum in Rio’s West Zone that is among the most notorious in the world. It was built in the 1960s as part of a policy to move favelas (shanty towns) from the centre of Rio to the suburbs. Since the release of the film that bears its name, efforts have been made to improve the City of God (including the creation of a currency unique to the neighbourhood and designed to boost its economy), and President Obama (whose favourite film is apparently the Rio-set classic Black Narcissus) visited the area in 2011.

Fans of City of God, or anyone who wants their visit to Rio to encompass all aspects of the city, can do the same but should seek advice on the safest ways and times to do so.

Want to learn more about fabulous Rio? Read about the city's best beaches and its famous favelas.