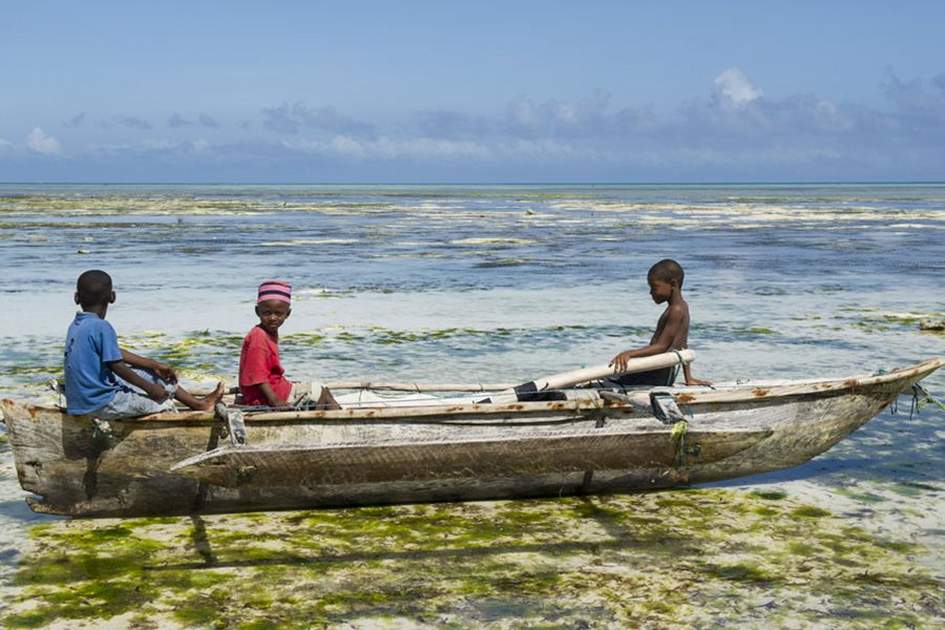 Children in a boat in Zanzibar

Tanzania’s coral gardens offer some of the world’s most rewarding diving, with hundreds of species of colourful reef fish living alongside marine turtles, rays and eels.

Before your depth gauge even starts to register, you feel the current pulling you towards the mainland. Descend to 25 metres (82ft), adjust your buoyancy and you’re off, sweeping along the huge reef wall with the deep blue of the open ocean on your left. Navigating video-game style, you steer around the obstacles where the reef juts out, spot the eagle rays and turtles as they glide the other way, take time to inspect the caves and holes with their morays and lion fish, before being spat out into the washing machine which spins you around as you try to take hold for some decompression time. This is Deep Freeze, drift diving at its best, catching the incoming tide through the gap between Uvinjeand Fundo Islands on the west coast of Pemba.

On a good day, you can see the sandy ocean floor 70 metres (230ft) below. The Zanzibar archipelago and Mafia Island, to the south, have an excellent combination of shallow water reefs for less experienced divers and high walls and deep channels for the more adventurous. Both the soft and hard corals are in relatively prime condition, despite El Niño, and the variety of reef fish and larger pelagics is as good as anywhere. You won’t encounter as many of the glorious colours of the Red Sea or the Barrier Reef, but you won’t find hordes of other dive boats either. In Pemba and Mafia, you will have the site to yourselves. You won’t find many sharks, but large rays, turtles, whale sharks and whales are wonderful compensations.

Zanzibar Island (Unguja) is the largest of the islands but has the least impressive diving. Two main areas are worth consideration. There are four or five smallish reefs about 30 minutes from Stone Town where the coral is in good condition but marine life is limited. With nothing deeper than 20 metres (66ft) and often nothing bigger than a parrotfish, they are fine for a warm-up dive. The highlight is a wreck, thought to be the Pegasus, which lies 40 metres (131ft) down, a 15-minute speedboat ride from town. No coral has developed, but there are huge shoals of barracuda and jacks, and what remains of the deck is littered with lionfish. Another recommended site is the Boribu reef, at 15 metres (49ft). 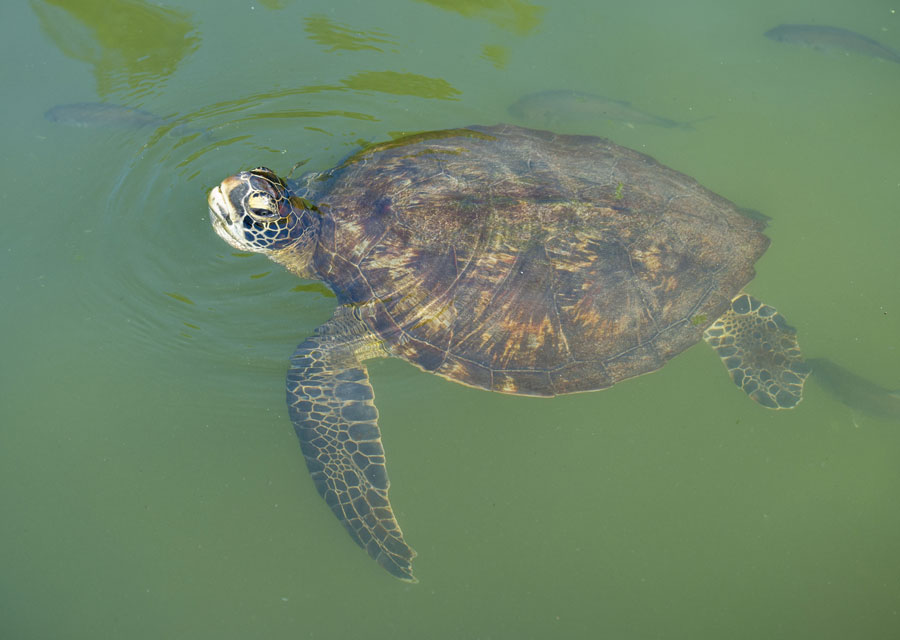 Mnemba Island, some 5km (3 miles) off the northeast coast, near Matemwe, offers enough variety for two to three good days. The reef has a range of good inner and outer wall dives, and some beautiful coral gardens. The best diving is on the south side, where strong currents mean excellent drift dives. The hard corals are in excellent condition, and you will find honeycomb, pillar and brain, clouded with shoals of sergeant fish, fusiliers and wrasse. The island is now a marine sanctuary. Good sites include Kichwani (20metres/66ft), Aquarium(20 metres/66ft) and Big Wall(25 metres/82ft). The highlight of the year is when the migrating whale sharks stop over in about March. They range in size from 5 to 12 metres (16 to 39ft), and there is nothing more graceful or harmless in the oceans.

Pembahas more interesting, more varied and more spectacular diving than anywhere else in East Africa. The coastline is dotted with tiny, uninhabited islands surrounded by almost unlimited dive sites, while on the far side, the 800-metre (2,620ft) deep Pemba channel provides worldclass deep-sea fishing. There is excellent drift diving along the big walls, and some huge independent bommies teeming with reef fish.

Live-aboard enthusiasts should take a trip down the east coast, with its strong currents, large pelagics, fantastic soft corals and the likelihood of large shoals of hammerhead sharks. At the right times of year, you can encounter schools of pilot whales and the awesome humpbacks.

Mafia Island, 150km (90 miles) south of Zanzibar, has some sites that rank alongside those on Pemba. Most of the diving is focused around Chole Bay, and from September to March, it is possible to dive the walls outside the reef that protects the bay. There are three types of dive sites here:

The coral walls stretch down 10–25 metres (33–82ft), with visibility around 30 metres (98ft), and caves, caverns and gullies to explore. Here you will encounter dolphins, huge groupers defending their caverns, large turtles, reef rays and the occasional bull shark.

The coral gardens, at a maximum of 20 metres (66ft), provide the best hard corals in East Africa, with brain and staghorn in abundance, and crocodile fish, turtles and stripe barracuda among the colourful reef fish.  Recommended sites include Kinasi pass (24 metres/79ft inside reef), Mlila (23 metres/ 75ft outside), Juwani North (28 metres/ 92ft outside) and Milimani(18 metres/ 59ft inside).