Taking the kids to a quieter Algarve 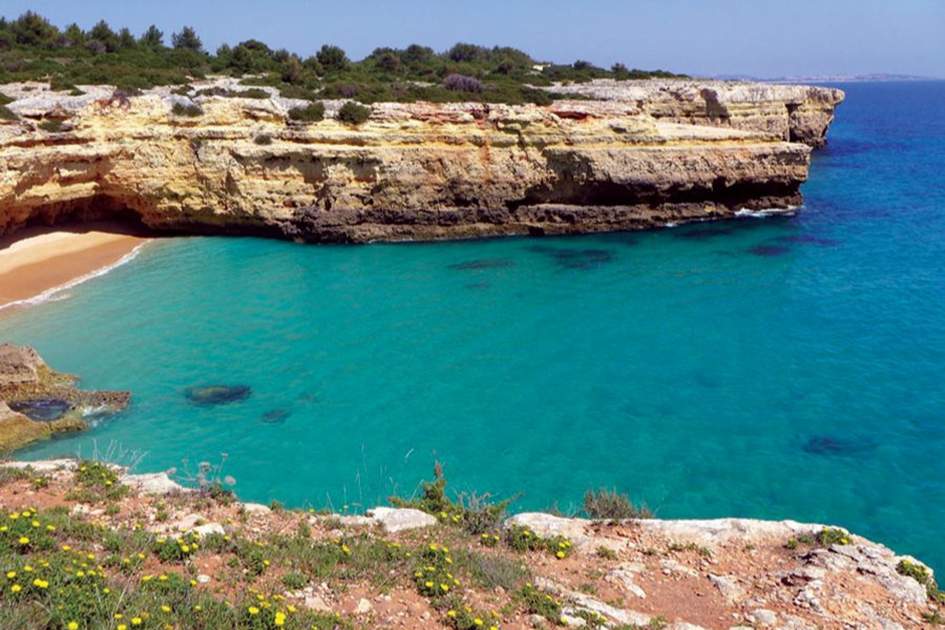 It wasn’t the destination I had in mind when making plans for the family holiday. I had been absorbed in our guidebooks’ images of mountainsides, glaciers and bleak moorland, not the sprawl of holiday resorts that I thought lined the southern coast of the Algarve. But it became clear my two young daughters would much rather spend the day in a resort’s pool than climbing a mountain. We tried to find a middle ground.

Faro is a lovely working town, remaining relatively unbothered by the thousands of tourists flying low overhead into the airport each day.

A small pedestrianised centre opens onto a marina hemmed in by low lying railway tracks that hug the waters edge around the south of the town. There are boys maintaining their boats, glamorous couples heading out in speedboats and old gentleman pottering around, cigarettes in their mouth. A small restaurant and bar on the waters edge provides a great location to people watch with a soft drink or coffee.
Tucked away in the warren of quiet streets behind sits Largo da Sé (pic below, with dramatic skies) [map], complete with fruit heavy orange trees and a dramatic Cathedral (Sé). The Sé has a small bone chapel and an open-air bell tower (charge), which provides a wonderful vantage point to take in the town; its resident storks nesting upon the rooftops and the Ria Formosa Nature Reserve spreading out to the south.

The children loved the 40 minute boat ride from a jetty just to the south of the marina crisscrossing through the islands and sand bars of the reserve and eventually landing at Ilha Deserta (below) [map], as close to a desert island as you could desire. White sand, clear water and sand dunes leading off into the distance and, other than a nice restaurant, nothing else. As bird watchers made camp with their spotter scopes looking back across the wetlands we headed to the beach but failed to get more than 100 meters as the youngest daughter stopped, settled in and began collecting shells. The older daughter and I made our way wading through the surf and gathered hermit crabs and dried anemones. 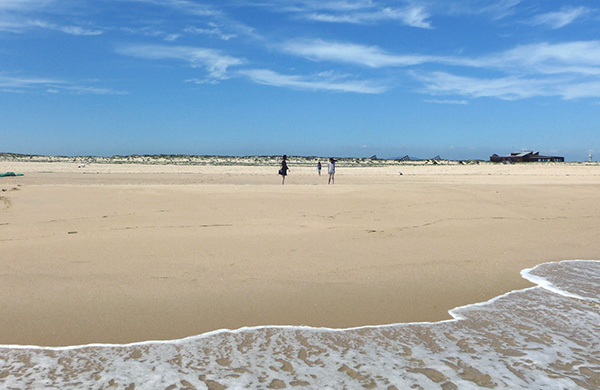 Following the slightly more sleepy return ferry ride we headed back to the centre of town and the Pastelaria Gardy [map] on Rua de Santo Antonio. This was a confectionary dream with rows of mouth watering candy fruit, pastry, cake and – more importantly for the kids – a great range of gelato.

Despite our total indifference to the sport we stayed at a golf resort in Vilamoura, a resort town about 30 minutes drive west of Faro made up of a maze of dual carriageways, golf courses and manicured lawns. It became clear that having a car was pretty essential here.

Other than the rather fancy marina the only other sight that caught the kids' interest was the Roman ruin themed minigolf course [map]. It’s actually two 18-hole courses that snake around each other. Good fun. The marina [map] has a small arcade and play barn, while the south quay is lined with boat tour kiosks all worth a look at. We returned for a meal on a floating deck one night watching the sun set behind the hotels, the ice cream once again being key to the outing's success.

To the west of Albufeira (a disappointment, other than the beach) we followed a recommendation and headed to the hidden beach of Praia de Albandeira [map]. It's a winding drive on quiet single-track roads through lovely countryside that eventually ends in a stone car park.

Lain out below was a beautiful cove with sheer cliffs made from millions of seashells, a giant rock pool and crystal clear waters. The kids explored the nooks and crannies and made camp in sand filled lulls in the rocks. Overlooking the cove is a small cafe selling pizzas and light snacks, and also offering sightseeing canoe trips into the surrounding sea caves and the beautiful sea arch (below) which can be seen from the cliff top a few minutes walk to the west.

This was stunning and a highlight of the trip that the children still talk about. 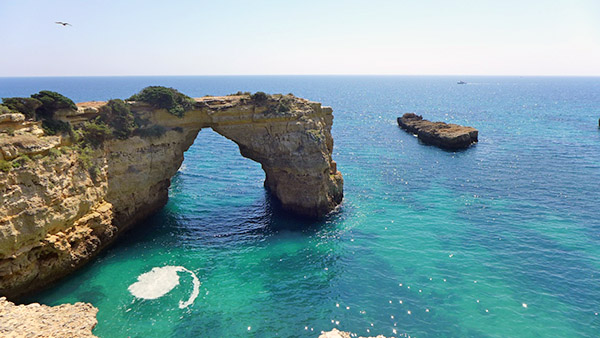 The hinterland and the hills

This was a risky endeavour to propose to the kids, Abandon the lure of the sea and hotel pools and head to the hill villages and valleys a short distance inland. We had agreed on a brief stop in the two main destinations of Salir and Alte with a picnic in between.

We ambled our way around Salir [map], where the walls of an earthquake-damaged castle had been absorbed into the village, staring across the valleys below. Being a Sunday meant the small museum was closed and the winding pedestrian paths were deserted apart from swifts calling overhead and distant cockerels calls echoing through the white washed walls (right). It was also where our younger daughter discovered her first lizard, instantly turning her into a reptile tracker for the rest of the day.

Alte [map] is very pretty, a walk along the river past natural springs up to little stones bridges and an open-air theatre is delightful and the village itself is picture postcard beautiful. More shaded that Salir due to the hills both side and the trees that line the valley so a great afternoon destination.

The slow leisurely drive through the orange groves toward Alte was a delight, but if you make a tiny detour north you will discover the dramatic cliffs of Rocha da Pena [map]. Parking up beside a small café we ambled up a dusty track toward the cliffs eventually grabbing a picnic under an orange tree. After lunch a short trek up to the foot of an escarpment trying to source the springs wetting the earth and enjoying the ever-present smell of citrus. The lizard search continued and turned up only a rather unimpressed frog. There are lynx here too, but not today. 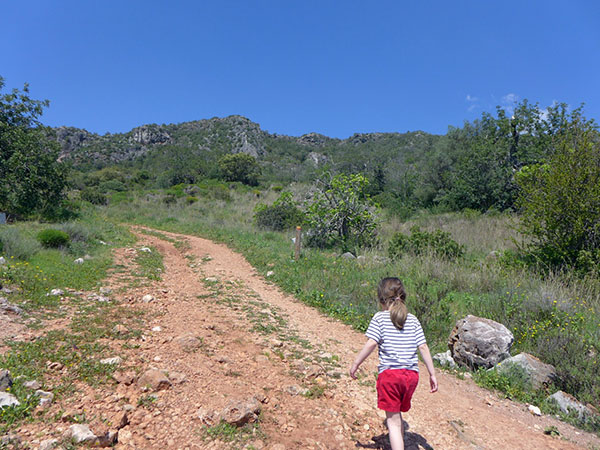 Back at the café and with yet another ice cream the girls grinned with happiness, so maybe it will be mountains next year after all!

We visited over the Easter break, but despite tempurates being in the mid 20’s and sunny, the lack of demand meant the closest we came to visiting one of the numerous water parks was passing their deserted and locked car parks. If you are planning to visit these choose your holiday dates carefully.

Hiring a car to discover the region is pretty essential if you have a family. Faro airport has a plethora of providers but it's always good to book in advance and don’t forget the booster seats, if you can bring your own it works out cheaper.

Well the trip to Spain went off without a hitch, thanks to you! It was first class all the way. The hotels were marvellous. And the guides in Granada and Barcelona were intelligent and informative.

We received excellent service throughout our trip. Our tour guide Ms. lily (Ms. Lien) was exceptional. Her knowledge and language skills were fantastic.