A guide to Thailand's Songkran Festival

Every 13th April, Thailand marks the start of the lunar new year. Once a celebration involving temple visits and sprinkling water on one another, this wild and wet event has turned into one of the world's biggest water fights. Here's what you need to know before you head to the celebrations 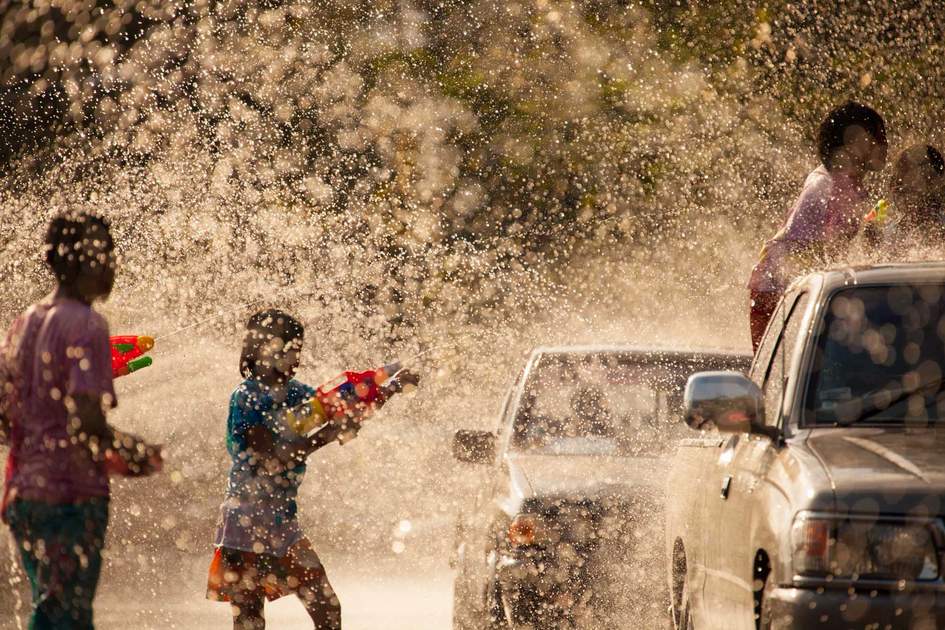 Songkran – Thailand's lunar new year – has evolved from a traditional one-day event into a raucous three-day celebration. What was once a simple visit to a local temple is today a tide of water pistols, balloons and general splashing about. Many do still visit their local temples on the 13th April, to pray and to wash Buddhist statues and icons. This is said to bring prosperity and luck for the year ahead. One of the kingdom’s most important holidays, Songkran is a Buddhist festival and marks the end of the dry season. Celebrations are held across Southeast Asia, with Cambodia, Laos and Myanmar hosting similar events. Songkran festivities may last as long as four or five days, and involve music, dancing and, very often, liberal amounts of alcohol.

If you're heading to Thailand during this time, don't expect to stay dry for long when in public. No one is exempt as revellers career around the streets in open trucks with barrels of water, drenching everyone in sight. It's best to leave your valuables or anything that can't handle a dousing at your hotel (think a camera or phone). Some revellers also throw white talc, making the streets a snowy-white mountain of wet mush. Be warned, tourists are often targeted for fun during the celebrations – avoid wearing anything you’d be sad to ruin or throw away. And, with its tendency to go see-through when wet, we'd advise wearing white clothes.

Bangkok is uncharacteristically quiet during this holiday, while revellers return home to celebrate the extended event with loved ones. If you’re in the capital during Songkran, you’ll find designated water zones across the city. Thamon Khao San in Bangkok is a popular Songkran destination, as many young Thais converge on the backpacker enclave to douse visitors. In the north of Thailand, particularly in Chiang Mai, Songkran is fervently celebrated over several days (sometimes up to a week) and attracts many people from the capital city down south. In the ancient capital city of Ayutthaya, elephants also join the festivities, spouting bucket-loads of water from their trunks.

Remember that the festival is fun and take a soaking in jest. You'll often here: "Sawadee Bee Mai" too, meaning "Happy New Year".

If you'd like to time your trip to Thailand to coincide with this feisty event, get in touch with Insight Guides' local experts. Don't forget, any of our suggested trip itineraries can be modified to suit your budget, interests or special requests. The range includes Songkran hotspots like Bangkok, Chiang Mai and Ayutthaya. Alternatively, you can speak with our experts directly to create your trip itinerary from scratch. 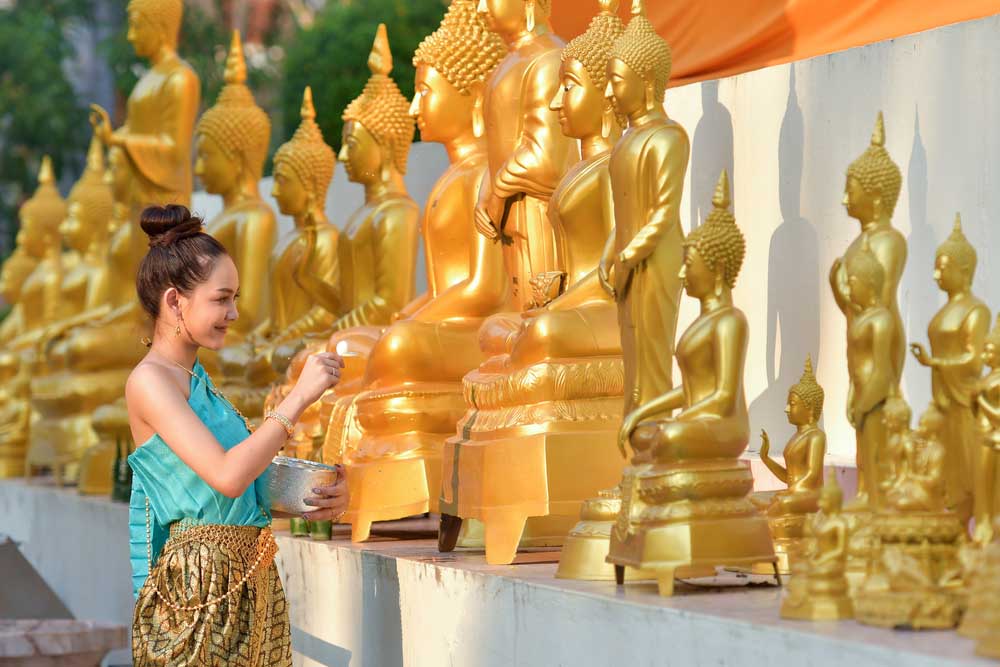 Not going to be in Thailand for Songkran? No matter. Whether religious or secular, national or local, festivals in Thailand are frequent and truly fantastic displays of celebration:

Held in May at Sanam Luang in Bangkok, the Brahmin rituals of the Royal Ploughing Ceremony mark the start of the rice-growing season and divine whether the coming year's harvest will be plentiful.

Makha Puja is observed on the full moon of the third lunar month, to mark one of the Buddha's most important sermons. "Merit-making" ceremonies are held at temples across Thailand. In a quiet and dignified tradition that goes back centuries, people strive to atone for past misdeeds and perform good deeds. Food and robes are offered to monks, candlelit processions wind around stupas (shrines), flowers and incense are offered to Buddha images and caged animals are released.

Visakha Puja, on the 15th day of the sixth lunar month, marks the birth, enlightenment and passing of the Buddha. It is Thailand's most important religious event, marked by candlelit processions at temples.

Perhaps Thailand's loveliest festival, Loy Krathong is celebrated on the full-moon night in November to pay respects to Mae Khongkha, goddess of the country's life-bringing rivers and lakes. The festival is supposed to have started at Sukhothai, the first Thai capital, during the time of King Ramkhamhaeng, when a court lady prepared a krathong, or float, for the king. Banana-stem floats, beautifully decorated with flowers, incense, candles and small coins, are released on waterways across the country.

Trooping of the Colour

On 3rd December is the Trooping of the Colour, held outside the old Thai Parliament in Bangkok. Members of the royal family review the elite Royal Guard, who are clad in elaborate, brightly coloured dress uniforms and tall plumed helmets.

Travelling to Thailand: how to get started

Insight Guides' local experts can time your trip to Thailand to coincide with any of the festivals or events listed above. Get in touch today and let them know what you want to experience on your holiday to Thailand. Then leave it up to them to plan, organise and book your entire trip for you. Alternatively, check out our suggested tours online and modify to suit your budgets, interests, and requirements.