Top 7 places for an ice cream in Rome

Anyone who's ever visited Rome will tell you that the gelato is out of this world. Here's our guide to tasting the very best... 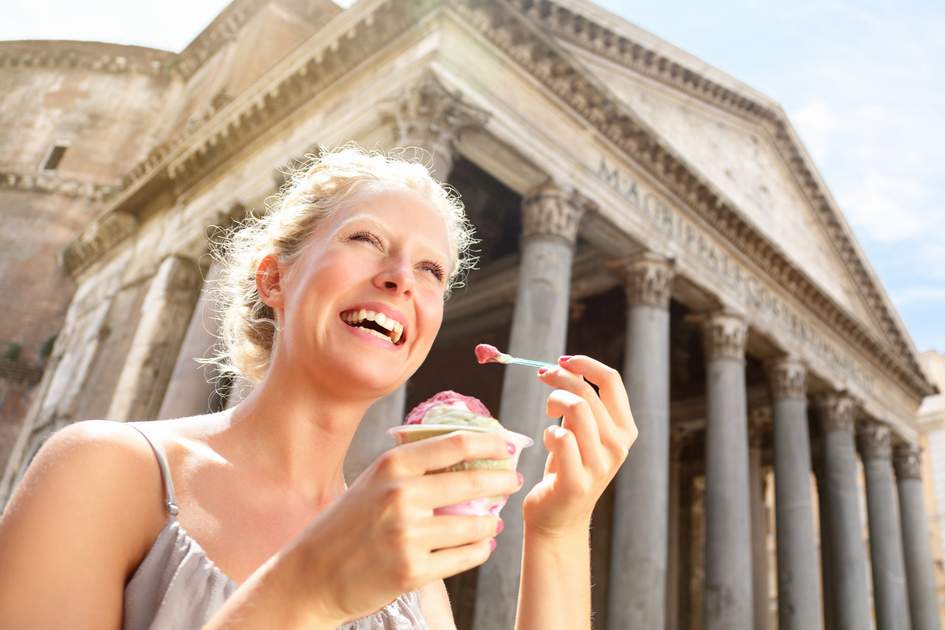 The best gelato in Rome

In the 1930s there was only one gelateria in Rome: Fassi. Now there seem to be hundreds, and the choice can be overwhelming. Once you’ve chosen a gelateria, there’s an even harder decision to make. Which flavours to choose? Chocolate? Lemon? Pistachio? Basil? Most gelateria have at least ten mouth-watering flavours to choose from, and gelato-makers are becoming increasingly inventive. Pineapple and ginger, rosemary chocolate, and sushi gelato are just a few of the quirky flavours offered by Fatamorgana.

Once you’ve chosen the gelateria and the flavours, the only decisions left to make are 'Cono o coppetta?' ('Cone or cup?') and 'Con panna o senza?' ('With or without whipped cream?'), and then you’re ready to stroll the streets of the Italian capital city, gelato in hand. We can’t help you with every choice, but some kinds of gelato are definitely superior. Steer clear of the lurid colours (neon blue or fluorescent pink) as they’re usually packed with artificial ingredients. Instead, try the most delicious, authentic gelato in one of Rome’s best gelateria below for a true taste of la dolce vita.

Many visitors to Rome head straight to Giolitti, which has been run by the same family since 1900. Located close to the Pantheon, Giolitti is technically a café, but it’s best known as Rome’s most famous gelateria. Audrey Hepburn and Gregory Peck sampled the gelato here in Roman Holiday, and Giolitti has also been popular with popes and politicians.

With such a reputation, it’s not surprising to find crowds of tourists and locals queuing up for a cone even on rainy January afternoons, although regulars can now buy a 'FastPass' to skip the queue. The gelato is soft and creamy, the perfect refresher on a hot day of sightseeing.

Include a stop here on your Rome city break itinerary with Insight Guides: submit a trip request today to get your holiday started.

This gelateria has two branches in the centre of Rome. It specialises in gelato naturale and has a creative range of flavours, including grapes and nuts, pear and gorgonzola, black cherry and beer, and black rice and rosebuds. Sample 'bacio del principe' (a deliciously creamy scoop of gianduja and hazelnut), and zabaione with strawberries. Fatamorgana somehow manages to make gelato that tastes good, and yet is healthy at the same time.

Apparently, some Italians try to lose weight by going on a gelato diet, where they replace a meal with gelato. Whether you’re on a gelato diet or a regular diet, Fatamorgana gelato is a good option if you want a lighter, less decadent dessert.

Officially called Palazzo del Freddo, this Roman institution near Piazza Vittorio Emanuele is commonly known as Fassi. Founded in the late 19th century, most of the people queuing up for a gelato today are the locals who live nearby.

Most tourists flock to Giolitti and are unaware of Fassi’s existence, but they’re missing out. Fassi uses the freshest ingredients to make some of the best gelato in Rome. The most popular flavour is cream with chocolate and hazelnut, but the fruity flavours are excellent too, and portions are generous: €1.60 for two massive scoops. 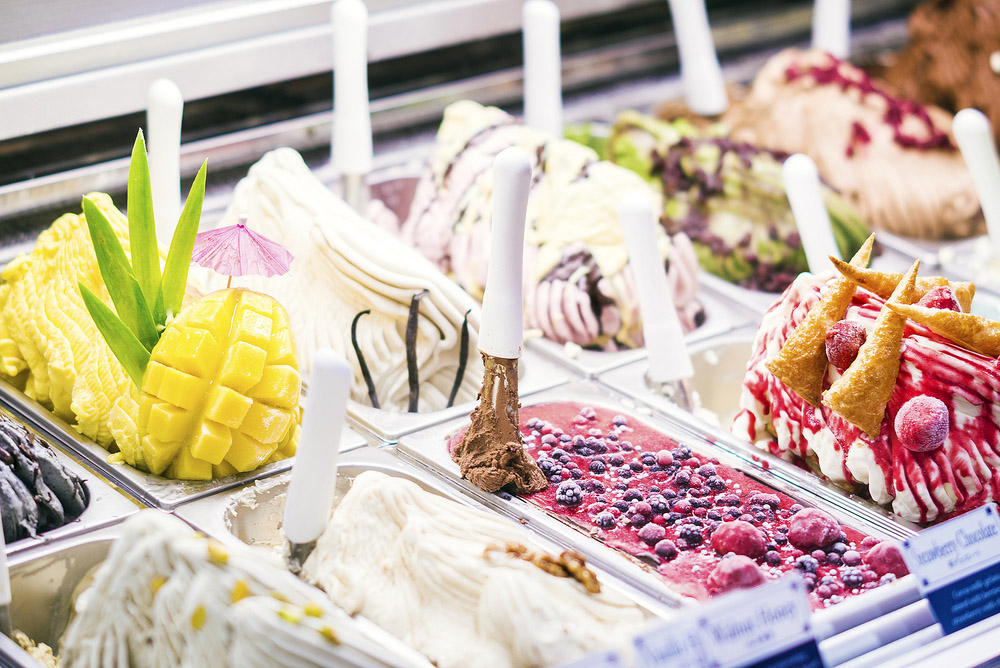 Walking down Via dei Coronari, one of the most elegant shopping streets in the centro storico, you’ll mostly see shop windows full of antiques or leather goods. But one window stands out for being much brighter and livelier than all the others, as the gelato-makers at the Gelateria del Teatro put on a suitably theatrical display of making gelato in full view of passers-by.

The gelato at this gelateria stands out for its rich flavours. The pistachio gelato is deliciously nutty and genuinely tastes like pistachio, rather than an artificial imitation. Inside it can be a little chaotic, with tourists confused by the queuing system and the occasional loose dog, but once you’ve got your gelato, you can go for a stroll in one of the most scenic parts of Rome.

Include a stop here on your Rome city break itinerary with Insight Guides: submit a trip request today to get your holiday started.

Address: Via Cola di Rienzo 2, Via Ostiense 48, Via Venti Settembre 60

La Romana started as a family business in Rimini, but there are now a few popular branches in Rome; one near the Vatican, one close to Piramide, and another a short walk from Piazza della Repubblica. The gelato is dense and rich, and the creamy and nutty flavours are particularly good. If you want to make it even more decadent, you can have melted chocolate poured into the bottom of your cone. Delicious!

If this gelateria was located right in the city centre, it would be packed. But luckily for the locals, this gem of a gelateria in Testaccio is never too crowded, and you can choose your flavours at leisure, without being elbowed by other tourists.

All the gelato at Panna & Co is made on site, using only natural, seasonal Italian ingredients; they’ve even been awarded a certificate of 'Eccellenze Italiane.' That means no strawberries in winter, but at least you’re getting the freshest tastes.

The gelato is full of flavour and exactly the right texture, as it’s filling and satisfying without being too heavy. The zabaione is exquisite, and the one flavour to break the 'only seasonal ingredients' rule – mango and ginger – is perennially popular.

Ready to take your trip to Rome with Insight Guides?

Whether you want to track down Rome's best ice cream or tour the city's highlights, our local expert Teresa can organise and book your holiday from start to finish: submit a trip request today to begin planning your holiday

I would like to thank you very much for organising the 8 day tour of Rome and the Amalfi Coast which was a highlight of our trip. The accommodation was great value for money, the transfers and tours were all well organised, on time and had good guides and it all helped to make the whole trip so enjoyable. I will recommend you to anyone I hear of who is contemplating travel to this part of the world.