Our gifts to you in 2022
The Terai: Nepal beyond the Himalayas | Insight Guides Blog

The Terai: Nepal beyond the Himalayas

For many, Nepal is synonymous with the mighty Himalayas. Hardly surprising given the colossal mountain range's magical trekking opportunities. But this diverse country has plenty more to offer, not least the stunning landscapes, wildlife and religious sites of the Terai lowlands. 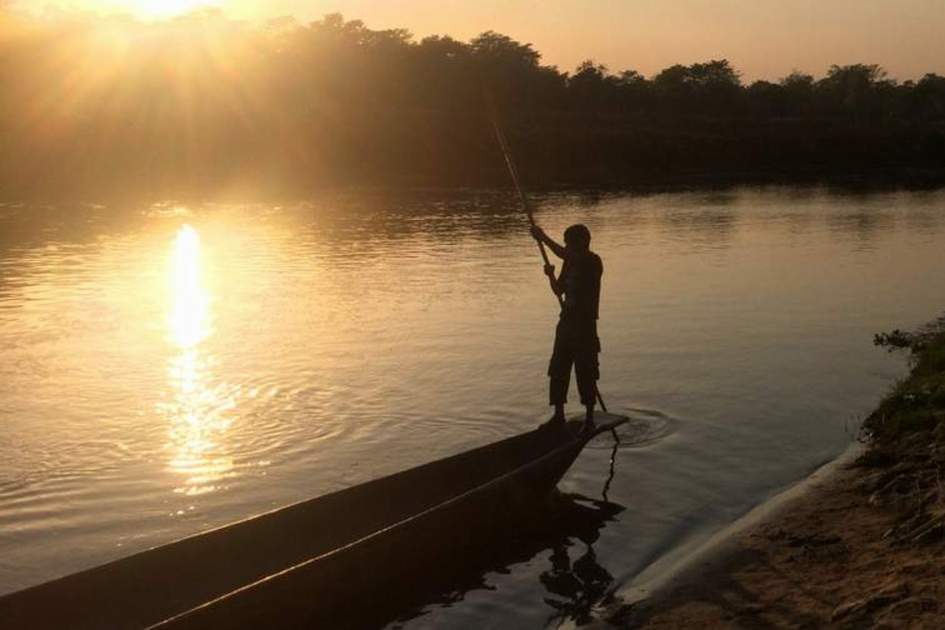 A far cry from the snowy peaks of the Himalayas, the subtropical lowlands of the Terai in southern Nepal harbour some of the country’s most breathtaking natural landscapes and rarest wildlife, as well as a host of the most sacred religious sites anywhere in the world.

Wildlife in the Terai

Just as the Himalayas form a mighty natural border with China to the north, the thick jungles of the Terai mark the point where Nepal ends and India begins, to the south. This dense rainforest was long uninhabitable for humans, with the exception of the indigenous Tharu people, whose genetic resistance to malaria allowed them to survive in its unforgiving environment. As a result, the jungle remained untouched by human development until malaria was largely brought under control during the 1950s. Partly as a result of this, the jungles of the Terai have remained an enclave for some of the world’s rarest and most iconic species of wildlife, including perhaps the most charismatic of all: the Bengal tiger. 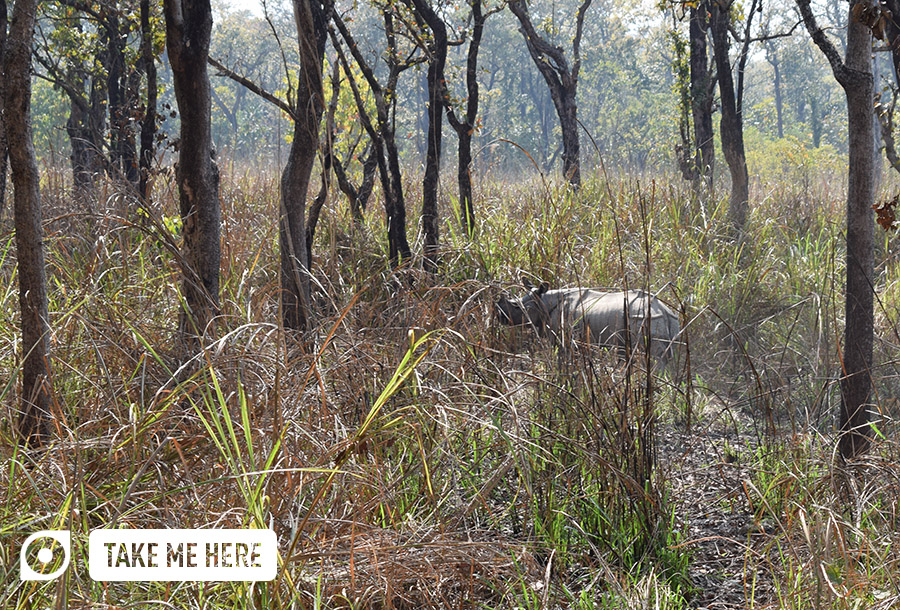 Half a day’s journey by bus from Kathmandu takes you to Chitwan National Park, one of Nepal’s greatest gems. The dense sal forests and sprawling grasslands of Chitwan make up one of the world’s most important refuges for the Bengal tiger, perhaps the single most powerful symbol of conservation worldwide. The chance to see a tiger in the wild is what draws many visitors to Chitwan, and is an experience that will stay with you for a lifetime. But there are no guarantees – these beautiful creatures are not only rare, but also shy and elusive. Even if the tigers don’t make an appearance, though, a jungle safari in Chitwan is a joy. You’re pretty much guaranteed to spot Indian rhinoceroses, who are much less timid than their feline counterparts, though similarly rare.

If you’re lucky enough to spot a sloth bear, you would do well to keep your distance. These ruffle-haired creatures look like they have just rolled out of bed, but they are no slouches – in fact, they are one of the most aggressive and dangerous bear species in the world. Many Chitwan locals will tell you that they are more worried about them than rhinos or tigers.

Chitwan’s tigers and relative proximity to Kathmandu have made it Nepal’s most popular wildlife destination, but it’s far from the only one in the Terai. Intrepid travellers who make it all the way to Bardia National Park, in the western Terai, will be rewarded by significantly greater chances of spotting tigers than at Chitwan. To the east, birdwatchers will be in paradise in the wetlands of Koshi Tappu Wildlife Reserve, where black-necked storks, red-necked falcons and huge black-and-white lesser adjutants are among the more unusual inhabitants. 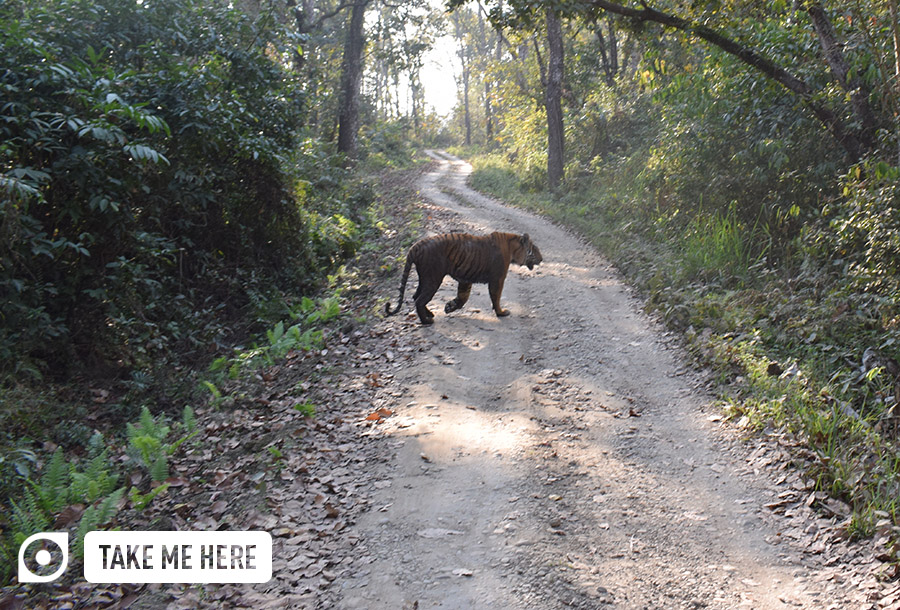 Buddhist pilgrimage sites in the Terai

It’s not just rare and beautiful wildlife which roams the plains of the Terai. Humans have made their mark, too, and the region is home to important pilgrimage sites for followers of two of the world’s major religions: Buddhism and Hinduism. The historical Buddha, Siddhartha Gautama, was born in Lumbini, west of Chitwan, sometime around the 6th century BC. Today, along with Bodh Gaya and Sarnath over the border in India, the pilgrimage site is one of the most important in Buddhism. Each year more than a million people visit to pay their respects at the Maya Devi Temple, by the sacred pool where the Buddha is believed to have been born.

The whole place, set in a leafy park with prayer flags fluttering in the breeze, is very relaxing, but there’s a slightly unexpected nuance to Lumbini’s atmosphere too. Organisations from across the Buddhist world have long competed with each other in building extravagant temples and monasteries on the site, with the result that Lumbini has been described as resembling a Buddhist Disneyland, where brilliant white Thai monasteries jostle for space alongside Chinese pavilions and gleaming golden Burmese pagodas. It all seems a little removed from the example of the Buddha, and his warnings against attachment to worldly things, but nevertheless it’s a place unlike any other and undoubtedly makes for a hugely rewarding visit. 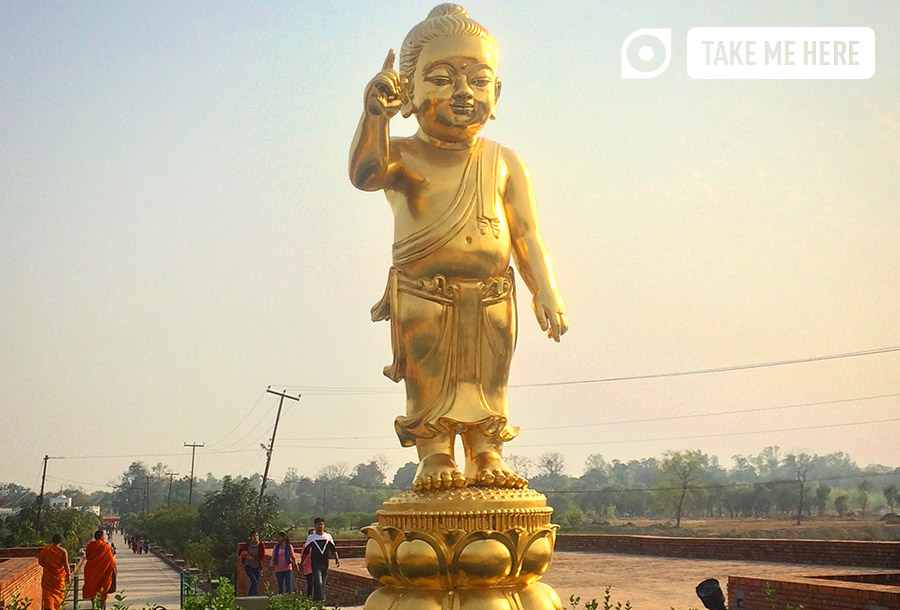 Hindu pilgrimage sites in the Terai

The city of Janakpur, with its peaceful ponds and ornate temples, has a decidedly Indian atmosphere which characterises much of the Terai. Most of all, though, this is a city of supercharged religious zeal. Janakpur features prominently in the Ramayana, an epic poem central to Hindu mythology, as the place where the legendary prince Ram married his wife Sita. Today there are beautiful shrines and temples across the city, devotional songs blasting out of loudspeakers on street corners, and hundreds of kuti – residential worship centres for sadhus and pilgrims. The centre of religious life in Janakpur is the magnificent Janaki Mandir, a glittering white temple with colourful arches, domes and detailing that make it resemble an enormous cake coated with icing and studded with sweets – an immaculate confection, if you will. 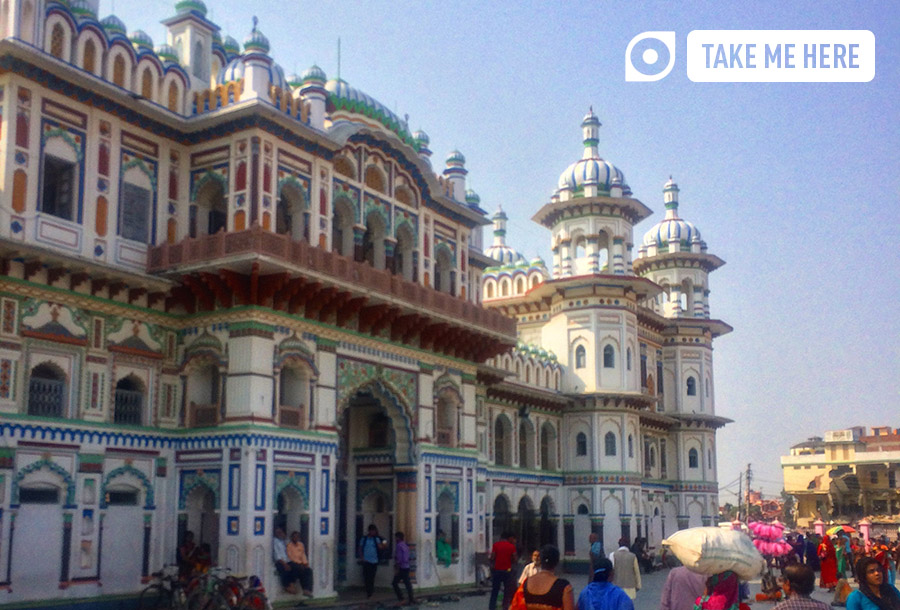 Ready to take a trip to Nepal?

Simply get in touch with us to share ideas for your trip and let us know when you would like to travel. Our local experts will then create a tailor-made itinerary for you based on your personal preferences, which you can amend until you're completely happy with every detail before booking. Our existing itineraries in Nepal can offer inspiration, and remember that all of our planned itineraries can be tailored to suit your specific requirements.

I hadn’t ridden a bicycle for 20 years and was a bit apprehensive but it was OK and I was ‘sold’ as I could cycle without being weighed down by a big bag. Without a jeep transferring our bags this would have been really hard work for me though and I’d... Read more

I was 8 years old when I went to Nepal and it was a fantastic holiday. My Mum and Dad thought it was brilliant too. We went white water rafting, elephant riding, elephant washing, trekking, on a jeep and canoe safari. We even tried our hand at pottery and met a Sherpa who had been to the top of Everest. The Nepalese people are so friendly. I especially loved playing football with the porters and guides on our trek, we were on the top of a mountain. It was great fun and I wanted to do it over and over again. I loved everything there was nothing wrong with this holiday, except maybe curry for breakfast. I got to meet tons and tons of Nepalese children too. We played football, cricket and running races. One of them even gave me a puppy but mum and dad wouldn’t let me keep it. Our guide was the best guide ever. I really liked him, he looked after us. He was nice and treat us as a friend. We had lots of planned activities but had free time to explore on our own too, it was just right. The trekking was just right because we had a few breaks, although I was red hot and sweating at the end. The guides showed us how pop leafs. At camp I played football with the porters, we learned how to whistle with a leaf and got to explore the area. We had tea under the stars and got up really early to see the sun rise. We ate cake and drank a lot of hot chocolate. The places we stayed at were all very cosy and nice. We went to a lovely hotel, cool guest houses and had two nights camping. My fave was the camping because I like sleeping outdoors in tents. It was different because England is richer and more developed and their religion is different. The food is very different and the views are spectacular. I felt very, very safe in Nepal. The roads are very exciting to travel on. It was the best holiday I have ever been on, it was great. I like trying new things and Nepal was different to anywhere I’d ever been before. This one had loads of action in it and lots of adventure in it and it was so different to what I’m used to. I would definitely love to go again and I’d like to feed the elephants that would be awesome and visit a school. I’d like to do a longer trek. It was a great experience and I’ll remember it forever, I’d love to do it again.