7 things to do in Delhi, India

Delhi is a city of medieval landmarks, colonial-era buildings, crowded lanes, dusty bazaars, and trendy, modern bars and shops. A must for any traveller to India, here is our guide to seven of the stand-out spots in this vibrant and fascinating city. 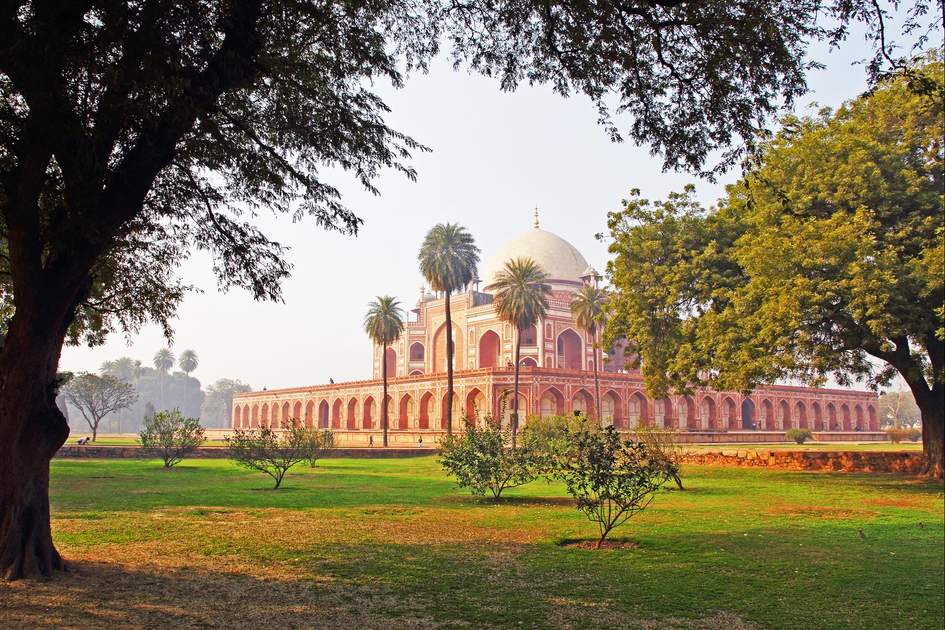 Delhi is an expansive city with the dual centres of Old and New Delhi (the capital), as well as several ancient villages and sites (the ‘colonies’), which – overcome by modern development and newer residential areas – have become part of the city. The shining metro will carry you across Delhi with ease to take in the best areas and sights:

Presiding majestically over Old Delhi, Lal Quila (the Red Fort), with its striking red sandstone ramparts, is one of Delhi’s most celebrated landmarks. Construction of the the Fort was started by Mughal emperor Shah Jahan when he moved the capital of India from Agra back to Delhi in 1638, and was completed ten years later. Shah Jahan’s reign is celebrated for its architectural feats – his triumphs include the Taj Mahal at Agra, which was built as a tomb for his wife Mumtaz Mahal, and was designed by the same architect as the Red Fort. Behind the Fort's high walls, the palace is made of white marble – displaying similarities with the Taj.

There are a number of buildings worth visiting inside the complex: the Diwan-i-Am (Hall of Public Audience), which housed the Emperor’s throne, where he received audiences; Diwan-i-Kah (Hall of Private Audience) where he met with the favoured and privileged; Rang Magal (Palace of Colour) – the principal harem, with dazzling mirror mosaics on the ceilings and walls; Mumtaz Mahal – part of the imperial harem and currently a small museum of Mughal artwork; and the domed white Moti Masjid (Pearl Mosque). Every evening a light and sound show tells the story of the Fort’s colourful history. 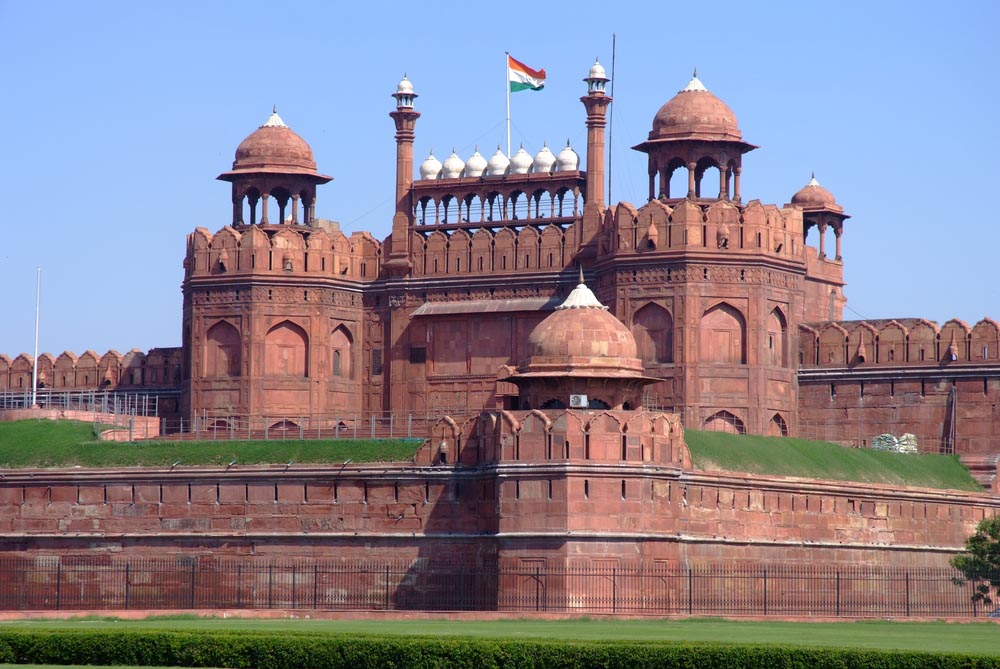 While many areas and streets in Delhi have been renamed (from English to local names), ‘Indira Chowk’, Connaught Place’s new title, doesn’t seem to be catching on. Connaught Place (often abbreviated to CP) – New Delhi’s bustling roundabout and circular arcade of shops – is so iconic that a name change was always going to be ambitious. The heart of New Delhi and an important commercial hub, Connaught Place is home to numerous shops, restaurants, street stalls, cinemas, banks and craft emporiums. Come here to catch a Bollywood blockbuster; shop at tourist favourites such as the Palika Bazaar; search for the best local crafts; or simply wander, browse and take it all in.

Construction of the beautiful Qutub Minar minaret was started by Delhi’s first sultan, Qutb al-Din Aibak, and was inspired by a similar structure found in Afghanistan. The lofty 240-ft (73-metre) tower – it remains the tallest brick minaret in the world – was finally finished more than 100 years later in 1368.

Qutub Minar comprises five storeys decorated with some exquisite calligraphy and each separated by an intricately carved balcony. The tower and its viewing points are off limits to visitors due to safety regulations, but this elegant monument nevertheless makes an impressive sight from ground level, amid the complex of ancient structures it towers over. 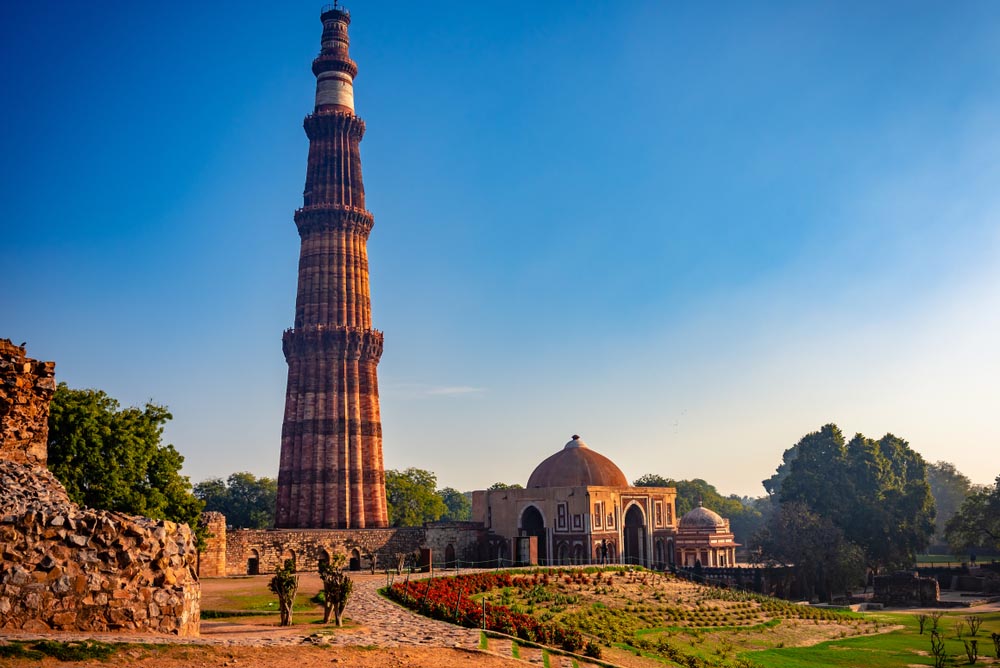 This arresting 16th-century monument to the Mughal emperor Humayun is found in Nizamuddin. Built by his beloved widow Haji Begum, the tomb resembles a full-blown palace, and is thought to have acted as an inspiration for the world-renowned Taj Mahal. Indeed, walled, shady lawns are reminiscent of the Taj, although there are no water features here. It is a peaceful spot with impressive architecture – buff-and-red sandstone, grey-trimmed white marble, arched alcoves and a magnificent dome. A fusion of Persian and Indian influences, Humayun’s Tomb was one of the first – and remains one of the finest – triumphs of Mughal architecture. 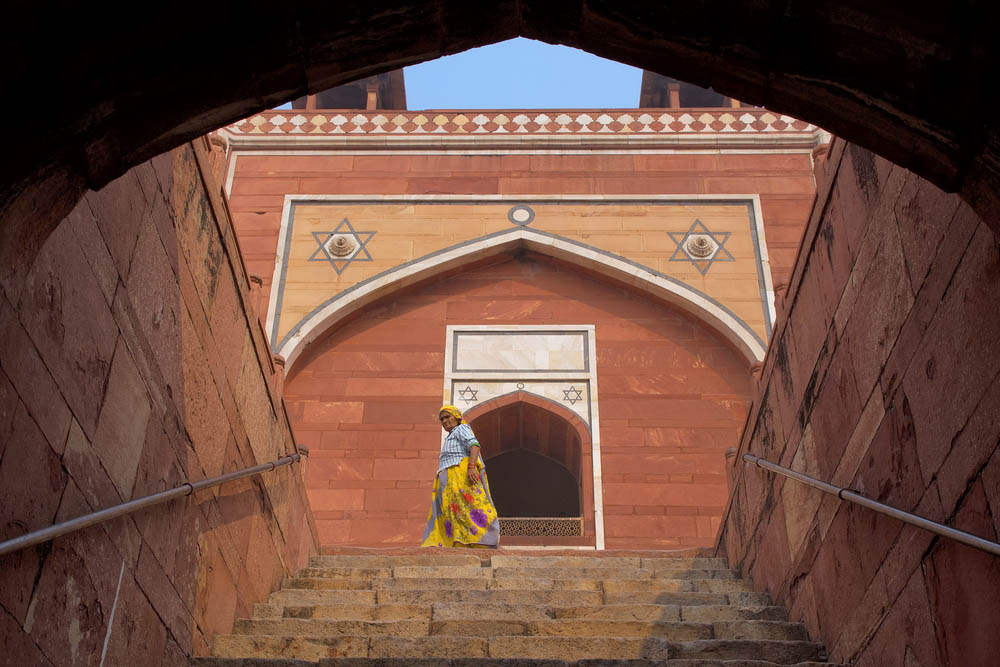 Located on a rocky hill in central Delhi, the Jama Masjid Mosque, affords splendid panoramic views out over the rooftops of New Delhi and the Red Fort. It is the largest mosque in India, with pyramidal flights of stairs climbing up to its three gatehouses that lead to the expansive 25,000-capacity courtyard, which is flanked by long colonnades and has pavilions at each corner. Beautiful flaring balconies adorn the minarets, and stripes on the domes emphasise their magnitude, leaving worshippers and visitors in no doubt that they are in a place of God. 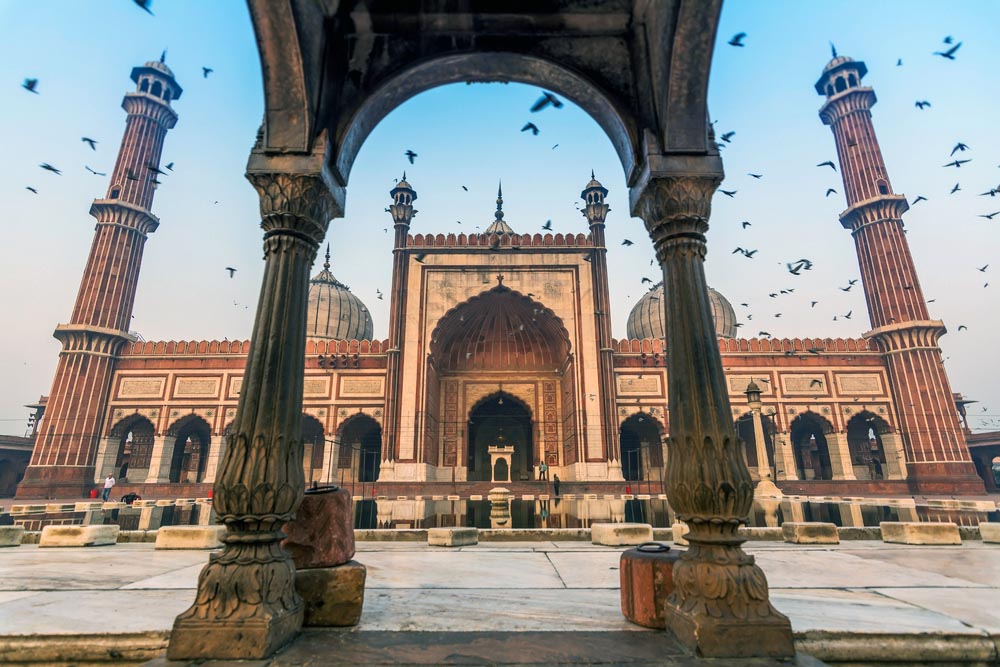 Delhi’s middle classes meet here to chat over cups of coffee, fashions on display are international and innovative, and the Delhi Art Gallery focuses on exhibitions showcasing 20th-century Indian art.

This striking modern temple, made of white marble in the shape of a lotus, is a Bahai House of Worship, meaning people of any faith, culture or background can come here to pray. The lotus is an icon that appears in many religions – including Hinduism and Buddhism – and is, therefore, symbolic of the temple itself. There is a respectful and peaceful atmosphere here, and a strong sense of impartiality and tolerance.

Iranian architect Fariborz Sahba designed the building with 27 marble petals, and construction was completed in 1986. The temple, which has won several architectural awards, sits surrounded by serene gardens dotted with ponds. 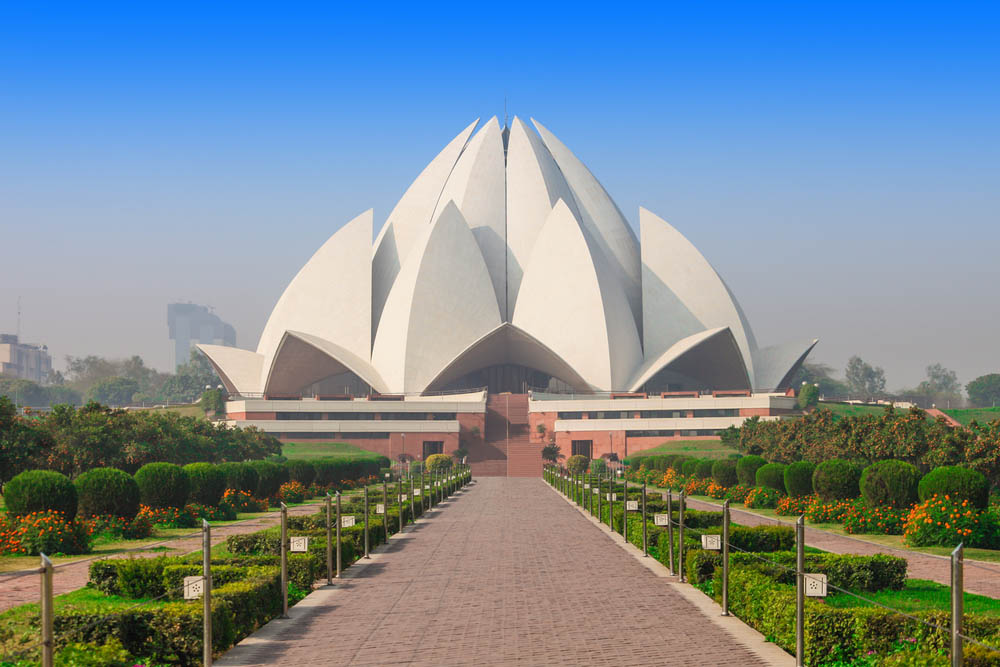 Insight Guides can help you plan and book incredible trips to India. Simply get in touch to let us know your ideas for the trip, and when you would like to travel. Our local experts will then create a tailor-made itinerary to your requirements, which you can amend until it's exactly how you want it. Alternatively, check out our pre-planned itineraries in India for inspiration, and keep in mind that they can all be tailored to suit your specific needs.