Tibet: The "Roof of the World" 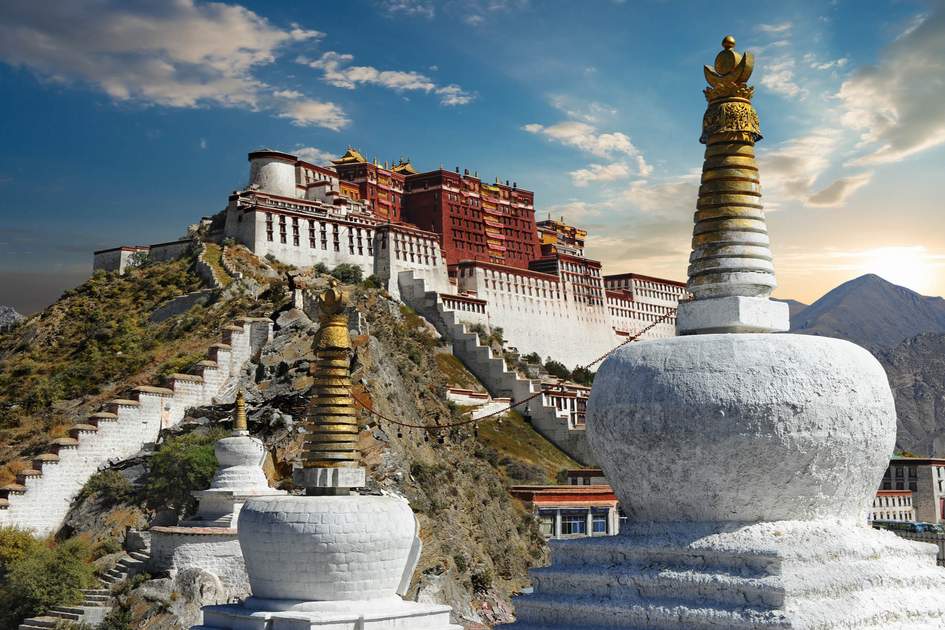 Visiting Tibet is a unique and unforgettable travel adventure. Known as Xizang in Chinese, Tibet has, for the most part, long been hidden from the rest of the world; isolated and impenetrable beyond the world’s highest mountains.

For centuries, this mysterious land was the dream of innumerable explorers and adventurers. The mystery and allure remain, and since opening to tourism in the 1980s, the Land of Snows has been the goal of both backpackers and well-heeled travellers intent on seeing the top of the world. This is still one of those rare places that inspires a feeling of wonder. The extreme altitude makes the air sparkle with clarity; the dramatic mountains cast deep shadows across colossal camel-coloured landscapes; the strange, gloomy temples, their exotic deities dimly lit by pungent yak-butter lamps, seem to belong to another world.

To explore this fascinating place for yourself, check out our China and Tibet – An Unforgettable Adventure trip, which takes you to its most unmissable sights, including Potala Palace, Drepung Monastery and Yamdrok Tso Lake, all from your base in Lhasa. 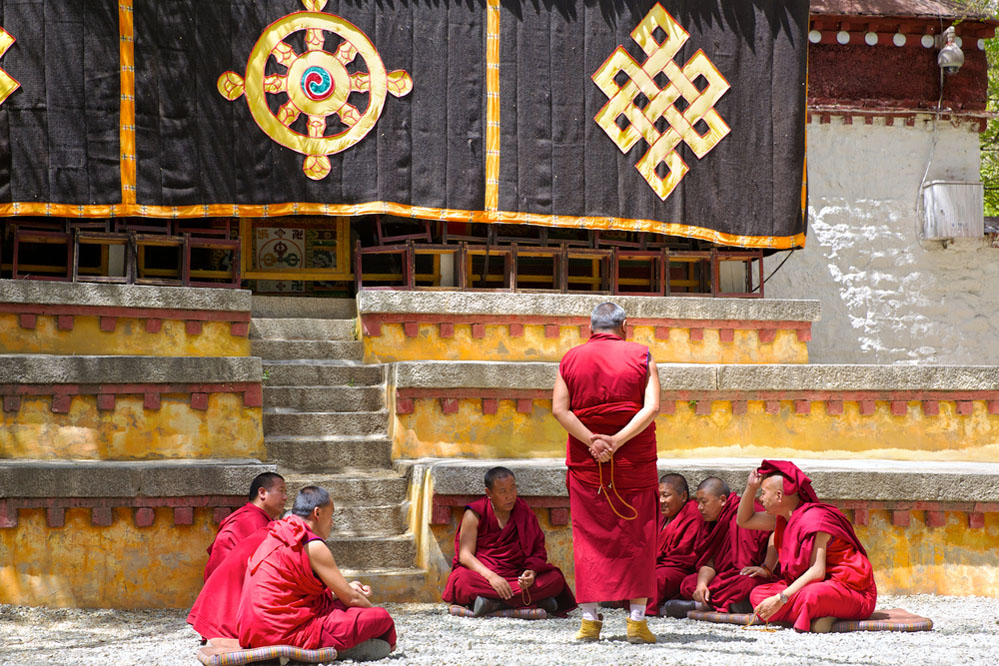 Ethnologists believe that the Tibetan people are descended from a nomadic race who migrated southeast from Central Asia. The first named king of Tibet, Nyatri Tsenpo, was the first of a long line who practised the shamanist Bon religion. In the 7th century, Songtsen Gampo created a powerful military state, conquering a vast territory, and even threatening the Chinese capital as well as India and Nepal to the south.

Songtsen Gampo’s Chinese and Nepalese wives brought Buddhism to Tibet, which flourished until the 9th century, when the pro-Bon Langdarma came to power. Tibet then broke up into numerous small vassals. Influenced by the Indian scholar Atisha, Buddhism was gradually revived, and in the 1100s, the abbots of the larger monasteries became powerful enough to challenge the worldly rulers. In 1207, the first Mongol armies invaded Tibet, and later Kublai Khan gave secular powers to the powerful abbots of the Sakya Monastery.

In the 1300s and 1400s, the great reformer Tsongkhapa (1357–1416) further revived Buddhism and established new monasteries that became centres of both religious and secular power. He founded the Gelugpa (Virtue) sect – known as the Yellow Hat sect after the colour of the monks’ hats – which was to become the dominant religious and secular power. Indeed, its highest representatives became the Dalai Lama and the Panchen Lama, incarnations of the highest gods of Tibet. The Great Fifth Dalai Lama founded the theocracy of the Yellow Church, supported by the Mongol Khan Gusri, who benevolently governed the Tibetan kings and followers of Tibet’s ancient Bon religion.

Chinese rule over Tibet began in the 18th century. In 1720, the Qing emperor Kangxi chased the Dsungar invaders out of Tibet and took control. Chinese functionaries, so-called Ambane, headed the local government. Finally, in the late 19th century, the British began to penetrate into Tibet, and the country quickly became a centre of great-power conflicts. In addition to the British, the Chinese and Tsarist Russians also made claims on the country. China, torn by war and revolution in the early 1900s, lost control of Tibet until 1950, a year after the Communists came to power, when the Chinese army invaded and took control.

Hopes for meaningful autonomy were quickly crushed. In 1959, a Tibetan uprising was repressed before the Cultural Revolution of the late 1960s and early 1970s resulted in suppression of religious life. Conditions improved after Mao’s death in 1976, and the first tourists were allowed in from the early 1980s. However, there has been continual tension over the Chinese rule of Tibet and it remains a hot-button issue internationally, while periodic demonstrations by Tibetan dissidents have occurred as recently as 2008. Today, Tibet is governed by a People’s Government, whose chairman is subordinate to the branch secretary of the Chinese Communist Party. 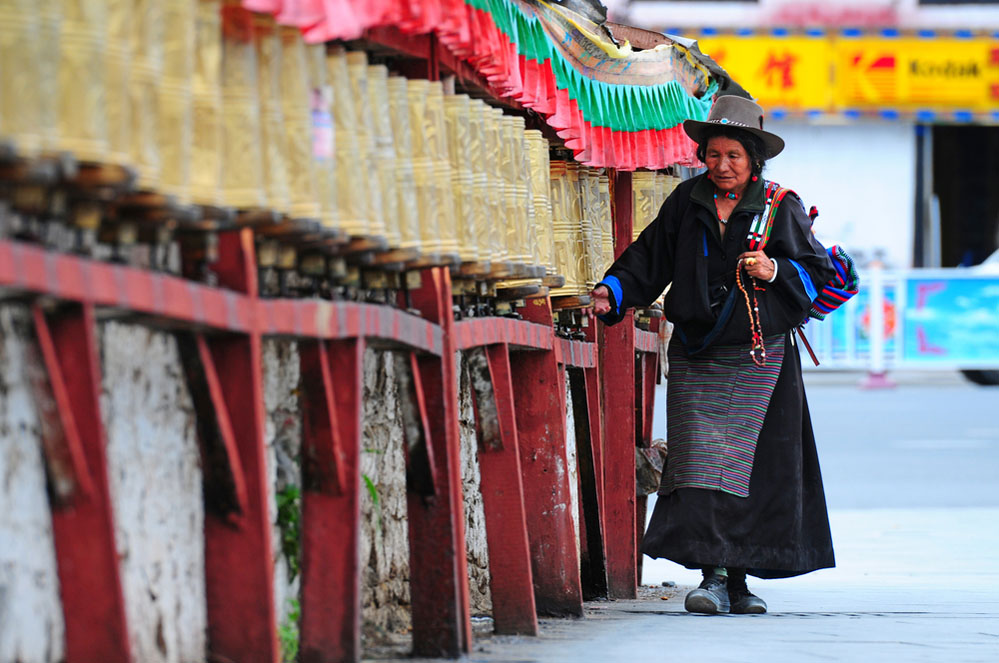 Visiting Tibet - what you need to know

Lhasa’s altitude is around 3,680 metres (12,070ft), and some of the highway routes to the city reach 5,000 metres (16,400ft). Until Tibet became part of China, it was the world’s highest capital (La Paz in Bolivia is officially 3,631 metres/11,913ft above sea level). Some tourists experience symptoms of acute mountain sickness (AMS) – headaches, nausea and vomiting, and dizziness. Acclimatisation normally takes two to three days – avoid physical exertion during this time.

All foreigners wishing to visit Tibet will require a Tibet Travel Permit issued by the Tibet Tourism Bureau (TTB) in Lhasa. To get the permit you must already have a Chinese visa, and apply not more than one week in advance of your arrival. Applications should be made via a travel agent and require you to email a scan of your passport and also your Chinese visa. If you wish to travel to restricted areas (including Mt Everest, Mt Kailash, Lake Manasorovar and the Rongbuk Monastery) you will also require an Alien’s Travel Permit (also known as a PSB Permit). This is available on arrival in Lhasa from the People’s Security Bureau (PSB). You must take your original passport and Tibet Travel Permit, not copies, and allow several hours for your permit to be processed. The cost is Rmb 100. It is possible for a travel agent to attend the PSB office on your behalf. Liaise with your Insight Guides local expert to arrange your permit.

The traditional Tibetan diet is sparse, drawing mostly from the meat and milk of the yak – and, to a lesser extent, the sheep. A constant source of sustenance is the ubiquitous butter tea (suyou cha in Chinese), a bitter concoction of tea, yak butter and salt with an unmistakable aroma that will greet you at monasteries. Another staple is tsampa, or roasted barley flour, which Tibetans typically stir in with their butter tea and then roll the mixture into doughy balls. Yoghurt and cheese are also common, while yak meat is comparatively scarce but is sometimes added to thukpa, a noodle soup. In towns and cities it is possible to find momos, dumplings filled with ground yak meat or mutton. Tibetans’ favoured tipple is chang, a sweet, beer-like beverage made from fermented barley. Most foreign visitors find these staples to be, at best, an acquired taste, and hold out for the Chinese and Western-style food that can be found in Lhasa.

Take a trip: China and Tibet – An Unforgettable Adventure