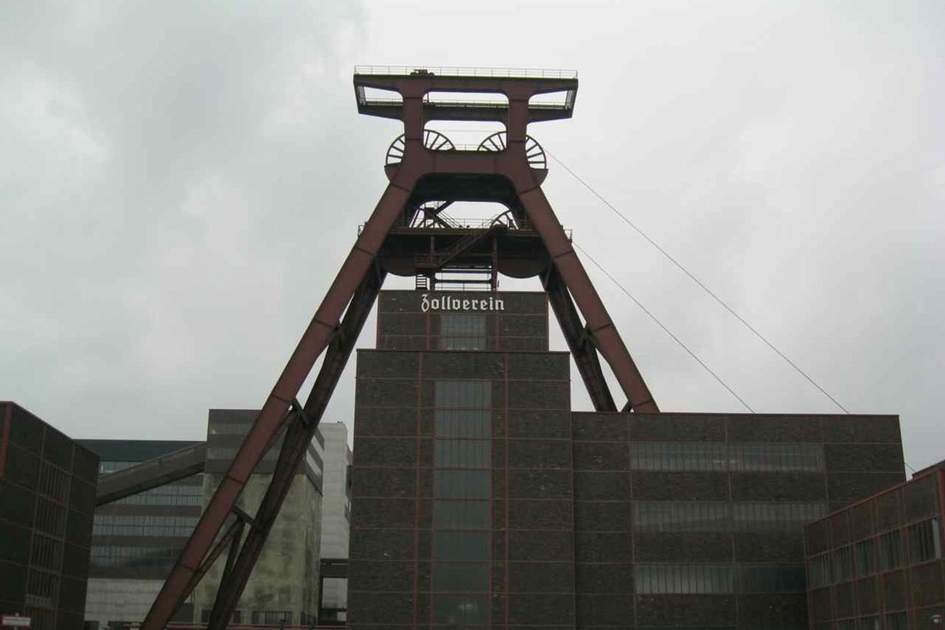 Zollverein Coal Mine in Essen, Germany

I recently spent a weekend in Germany exploring the Rhine-Ruhr region, a megacity of more than 10 million people in the northwest corner of the country. I’m the first to admit, the Rhine-Ruhr region is not on the list of Germany’s Top Attractions, but if you’re interested in twentieth century history or industrial-chic design, you shouldn’t miss it.

The European Route of Industrial Heritage

The European Route of Industrial Heritage is a thematic itinerary that takes in sites of industrialization, with a goal of promoting interest in places that are not typical tourist attractions. If you were to compare it to destinations in the United States, it would be bit like touring the rust-belt cities of Detroit, Pittsburgh, or Rochester. But in Germany they look at these locations a bit differently; they’re not just run-down sites waiting for revitalization, they are the remains of an important part of history, and should be explored and studied just like Roman ruins or Greek statuary. The best example, and my favorite stop on our whirlwind tour of the region, is the Zollverein Coal Mine Industrial Complex in the town of Essen.

"The most beautiful coal mine"

Zeche Zollverein (as the mine is known in German) first opened in 1847. For nearly a century it was one of the largest coalmines in Europe; Shaft 12, which opened in 1932, was constructed in the Bauhaus style and produced an astonishing amount of coal with its effective and efficient design. The European Route of Industrial Heritage considers Shaft 12 to be “most beautiful coal mine in the world,” and there is no doubt that the striking red beams and brickwork make for an appealing façade. Perhaps this was a contributing factor when UNESCO decided to name the complex a World Cultural Heritage Site in 2001.

When you visit Zollverein today you’ll be surprised at the site’s beauty: the machinery remains, but the smoky-air and coal-black dust has been removed. The site now includes the Ruhr Museum, a museum and cultural space, offering a huge range of attractions, including special exhibitions on mining, the Rhine-Ruhr region, Germany history, modern-day photography, and leisure activities. It’s also one of the largest open-air spaces in Essen, and offers the perfect opportunity to hope on your bicycle and explore the natural world. Since the last coal was taken from the ground at Zollverein in 1986, there have been decades of undisturbed growth and development for the local plants and animals. These newly-dubbed industriophytes are a growing area of research for biologists, chemists, soil experts, and geologists, not to mention the amateur naturist. It’s also a popular spot with photographers, as the industrial-chic or steampunk aesthetic can be found in its original incarnation.

If you decide to visit Zollverein, you can reach the site by public transport if you take Tram 107 from downtown, or take the S-Bahn line 2 and follow the yellow canaries to the main entrance. My favorite part of the day was climbing to the top and looking out over the landscape. It was a bit of a hazy day, but we could still see for miles, and it’s immediately apparent that this site, which was once of such vital importance to industry, is still at the heart of the region.