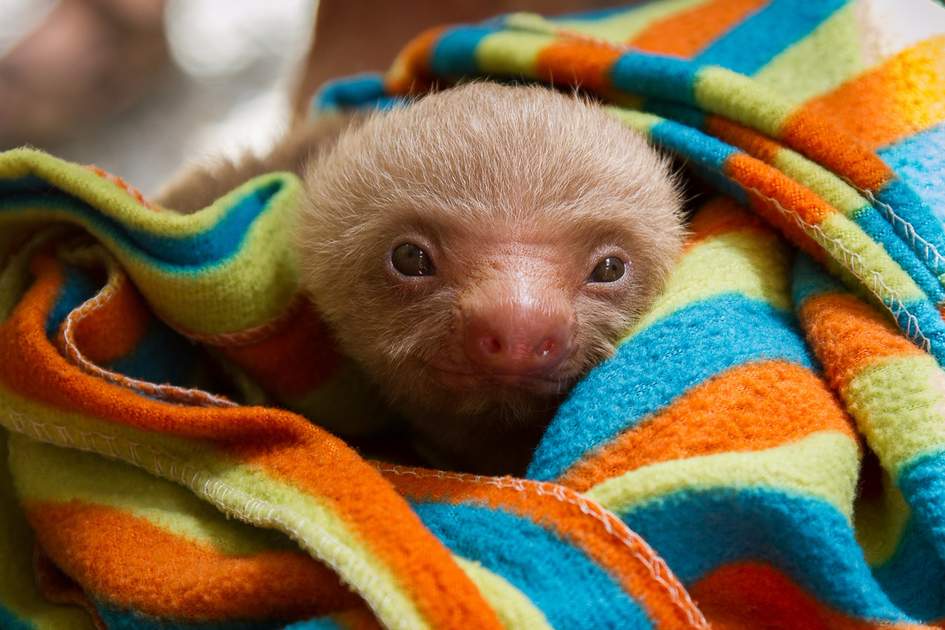 Our local Costa Rican expert, Olga, recently made a life-changing visit to the Toucan Rescue Ranch in San Jose. Why all the buzz? Their baby sloths are stealing everybody's hearts.

Not far from the Central Volcanic Range is Toucan Rescue Ranch, a Costa Rican wildlife rescue facility. But don't let the name fool you—the organization deals with more than just exotic birds. Getting the most attention these days are the orphaned baby sloths that have made their way to the ranch.

Each of these doe-eyed little creatures was once motherless out in the wild before being taken in by the ranch. When Olga, our resident expert on all things Costa Rica, recently visited the facility, she immediately came upon a woman named Leslie hand-feeding a little guy with a syringe. What struck her most was the warmth and loving attention with which Leslie, the organization's co-founder, got the job done.

The Toucan Rescue Ranch is nothing if not caring—and busy. The centre is currently caring for sloths, spider monkeys, a sea otter, and a whole slew of other exotic creatures. The animals come to them by way of government agencies. It was back in 2007 when one brought in a teeny, week-old baby sloth whose mother had been killed. Leslie and her husband, Jorge (the group's other co-founder), were warned that the baby would likely die.

Despite the odds, the little one pulled through and is currently the ranch's oldest sloth. It seems fitting that her name is Milagro—Spanish for miracle. (Millie for short.) Today, the Toucan Rescue Ranch has eight sloths in its care. The goal for all the animals is to rebuild their health so that they can ideally be released back into their natural environment. But in some cases, animals that wouldn't make it on their own in the wild end up staying on and living at the ranch permanently. 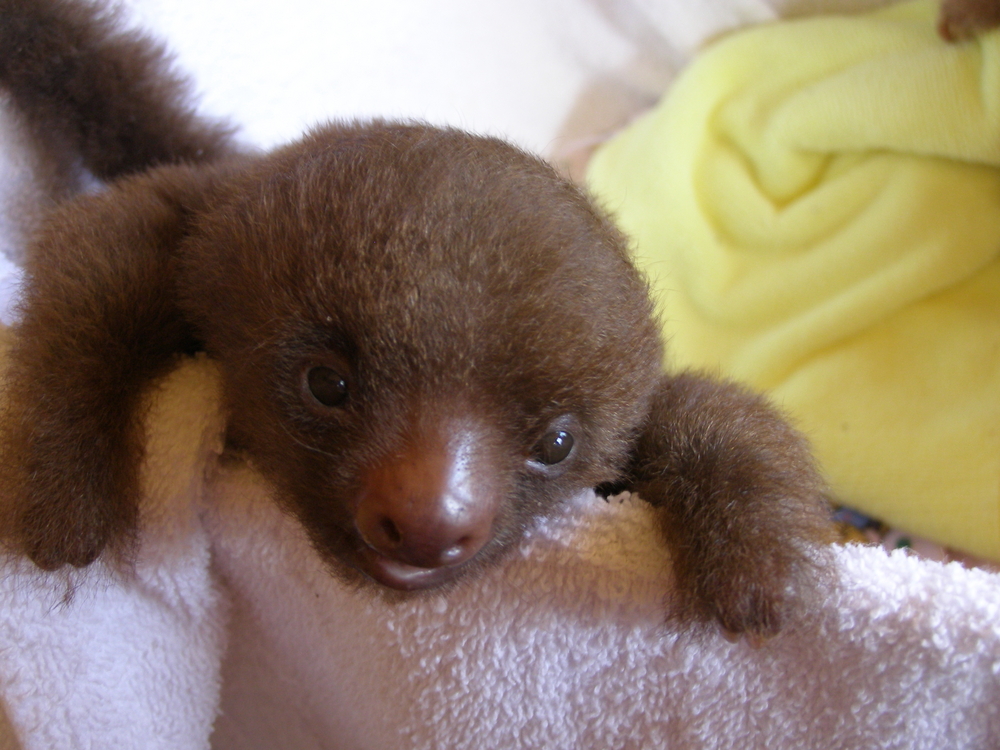 In the meantime, sloths like Millie are winning over the hearts of all who pass through the ranch's doors. As for the babies, you'll catch them working on their climbing skills and learning to be as independent as possible. Just don't expect to hold one for yourself—the ranch has a strict no-touching policy since many of the animals are either on the mend or in fragile health. 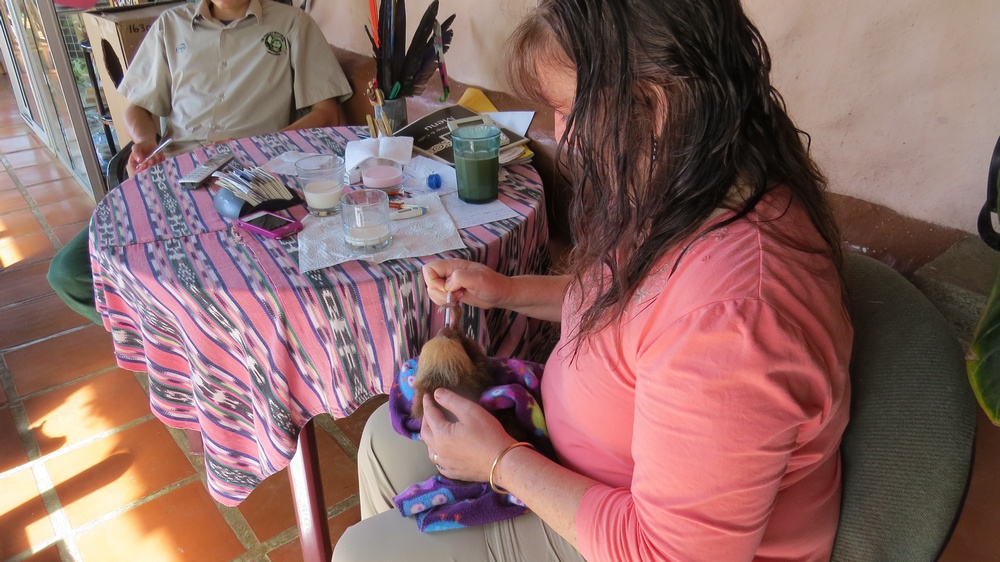 A little about sloths

Sloths are an interesting bunch. These tree-hanging mammals spend much of the day sleeping and crunching on leaf after leaf. Interestingly, though, their stomachs can handle it and are able to digest it all with ease—but very slowly.  In fact, sloths only "do their business" once a week!

As for the too-cute-to-handle babies, it really is a miracle that they survive (and even thrive) without their mothers. According to the World Wildlife Fund, baby sloths in the wild bond with their mamas for a solid six months after birth. Much of this occurs as the mother makes her way with the little one holding right onto her belly. The folks at Toucan Rescue Ranch are the next best thing, it seems.

"They are human beings who give their time and their lives for the good of defenseless creatures that would die terrible deaths if they didn't intervene," says Olga. "Their dedication is infinite, their love overwhelming, their lives a tribute to life itself." 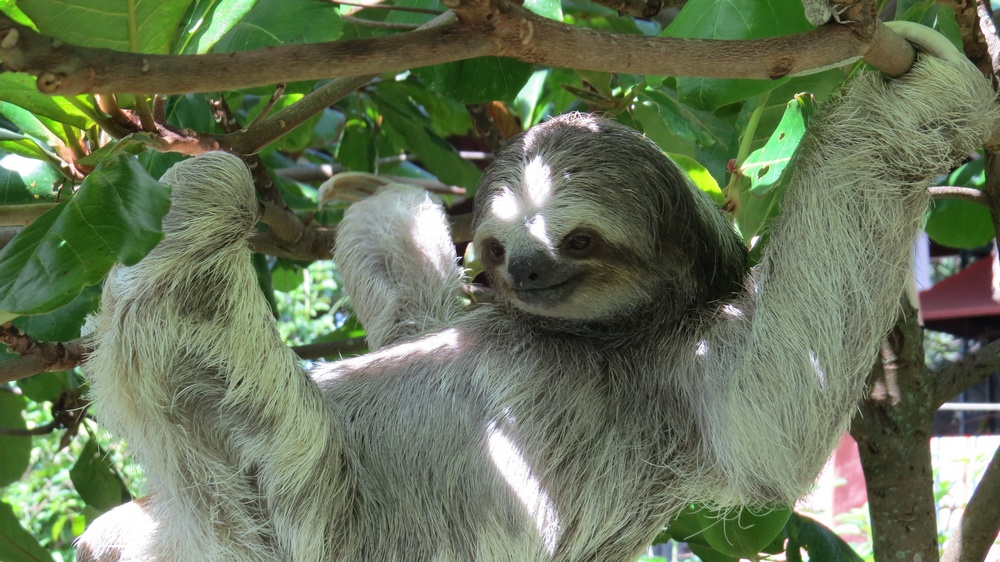 We used the service to plan a week long trip to Costa Rica. They put us in touch with local guides and from there we were able to plan an eventful itinerary. Communication was easy and seamless. We had no issues while in Costa Rica. My experience went... Read more