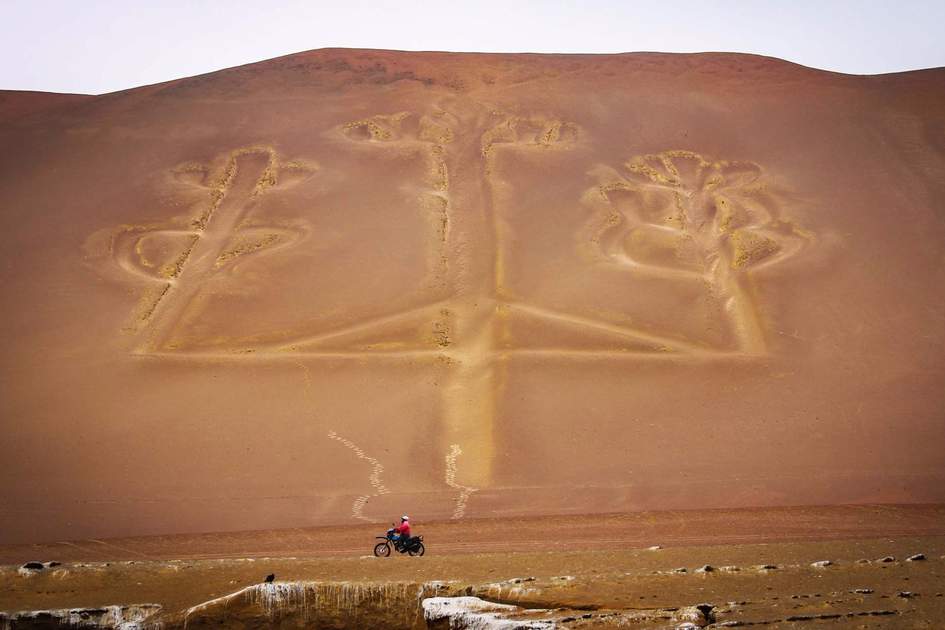 Carved two feet deep into the soil and surrounded by rocks, this geoglyph stands 595 feet tall and can be seen up to 12 miles out at sea. It is located on the north face of the Paracas Peninsula in Peru. The geoglyph remains largely elusive with both its origins and purpose unknown. It is believed the geoglyph was carved roughly 2,000 years ago by Paracas people; pottery found at the site has been dated back to 200BC.

Speculation as to why it was carved includes tales of Inca deities, hallucinogenic plants and sailors. The geoglyph has been named candelabra; this is the best way to describe the shape of the feature in the absence, and on-going mystery of what it truly is.

Add a stop at Pisco Bay to marvel at the Paracas Candelabra on any of Insight Guides’ trips to Peru.