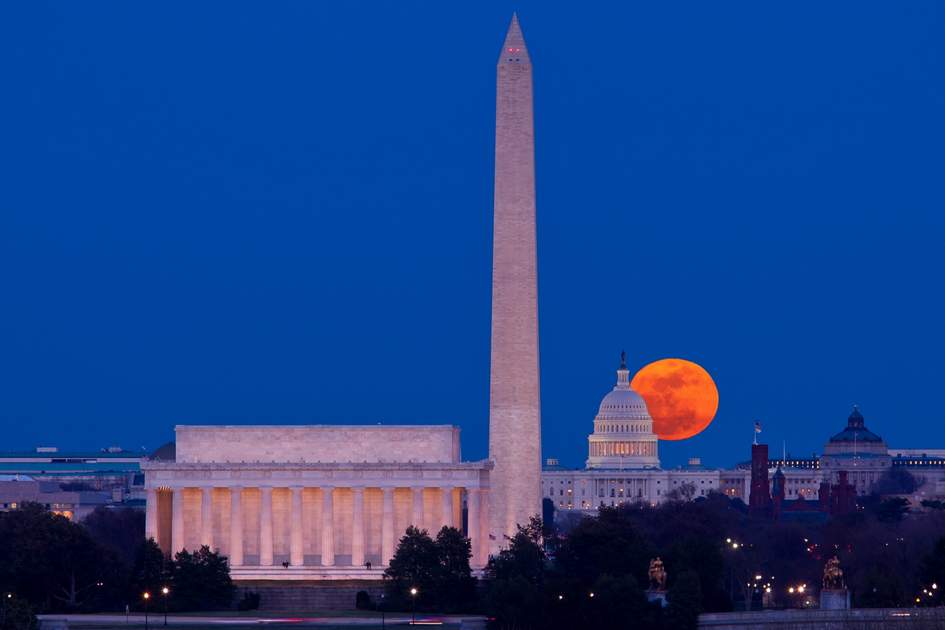 In climate and flavor, Washington is Southern. (It lies south of the Mason-Dixon Line, the boundary between Pennsylvania and Maryland that had traditionally separated the North from “Dixie,” the South.) It was the first modern city built from scratch to be a national capital. In 1790, George Washington himself picked the spot for the “Federal City” that was to bear his name, and laid the cornerstone of the Capitol; but he died before Congress first met here in 1800. Virginia and Maryland ceded parts of their state territory along the Potomac River for the site set aside as the District of Columbia–“DC.”

Broad avenues radiating like spokes from the Capitol and White House are lined with government buildings designed to impress. The architectural styles adopted over two centuries are a mirror of changing official taste, from Greek and Roman to contemporary steel and glass. There are no skyscrapers or industrial installations here and the setting is verdant with plenty of open spaces, parks, fountains, and monuments. If all this seems reminiscent of Paris, there is good reason. The man who laid out the plans for DC was Pierre Charles L’Enfant, a Frenchman inspired by memories of home. 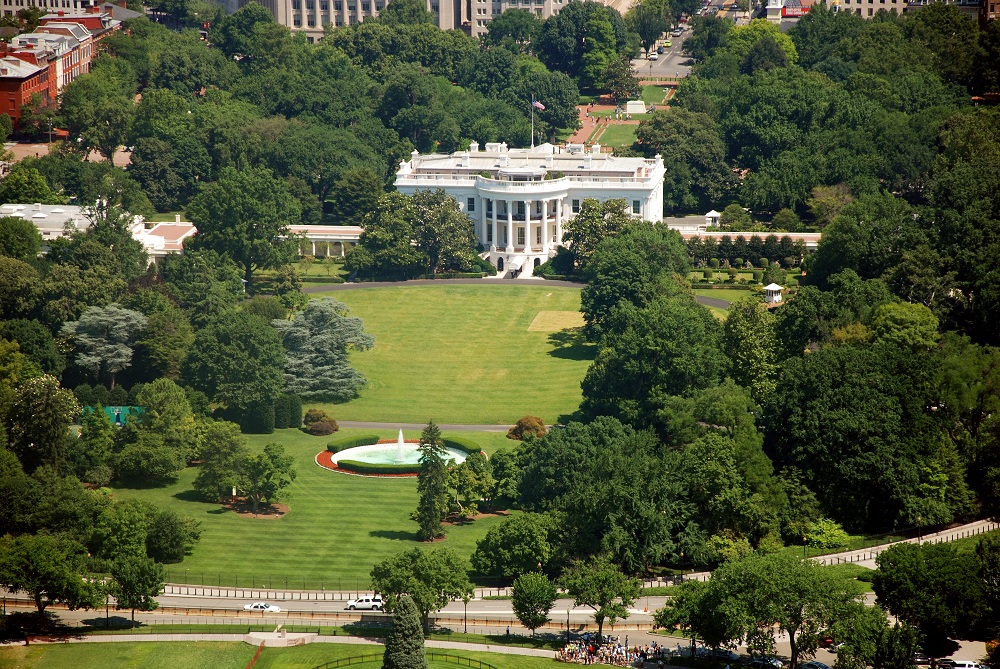 Some of the monuments are both beautiful and central to American history. Preeminent is the Lincoln Memorial; the great seated statue of Abraham Lincoln. It is surrounded by the words of the Gettysburg Address, which many American schoolchildren learn by heart, and symbolizes the healed trauma of the Civil War. It faces the spot where Martin Luther King, Jr. made his “I Have a Dream” address to civil rights marchers demanding fulfillment of Lincoln’s ideals. Beyond the memorial’s Reflecting Pool, the Washington Monument spears the clouds through a ring of flags. Nearby, cherry blossom trees that were a gift from Japan encircle the Potomac’s Tidal Basin and the classic white marble temple dedicated to Thomas Jefferson, author of the Declaration of Independence. These spacious vistas are grand without being grandiose.

Washington manages to combine the educational with the entertaining. Families with kids in tow line up to see Ford’s Theatre, where Lincoln was assassinated; the dinosaurs at the Natural History Museum; George Washington’s wooden false teeth at Mt. Vernon; and the famous panda bears at the National Zoo. More lines form at the Air and Space Museum’s exciting displays. Other offshoots of the Smithsonian Institution house a treasure trove of milestones gleaned from what could be called the American century. 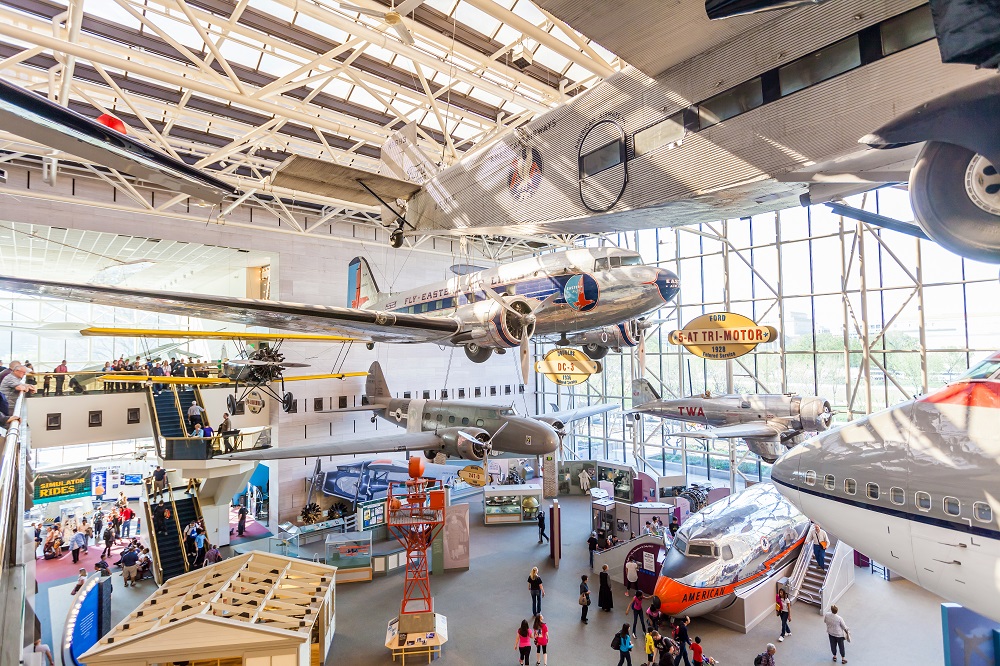 Visitors fill the magnificent National Gallery of Art; they line up to see the original Shakespeare folios in the Folger Shakespeare Library, the Declaration of Independence at the National Archives, and the Gutenberg Bible at the Library of Congress. They also attend concerts and stage productions at the Kennedy Center. They wander among the dogwood trees in the gardens of Dumbarton Oaks, stroll the tree-lined streets of Georgetown, and cluster in the Rotunda under the Capitol dome.

Most Washingtonians work for the government–the average federal payroll in the District of Columbia is approximately $100,000 and is the highest among all federal employees nationwide. They come from every state in the Union, are well educated, and there’s a higher-than-average percentage of single women. For fun, they go to the bars and restaurants of Adams Morgan and Georgetown. The latter, an elegant residential district founded in 1665, is noted for its shady streets lined with Georgian houses. Today, these are the homes of the capital’s movers and shakers. Washington is also home to a number of leading colleges and universities, which add to the city’s vibrant social scene. 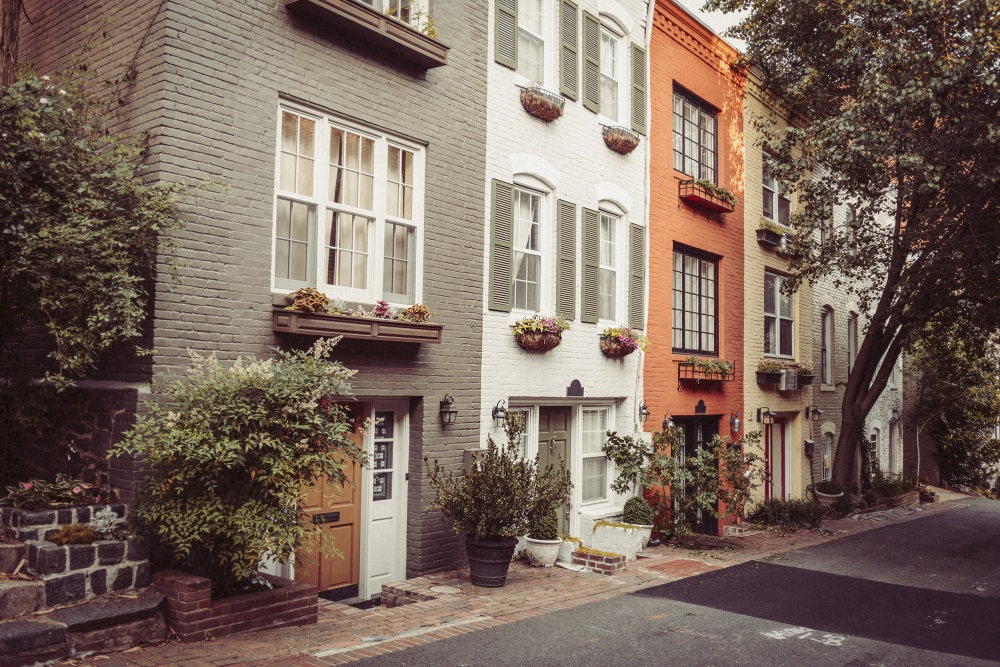 In Washington, there’s always something new or surprising going on. A person can stand for hours shouting protests in front of the FBI building and no one will bat an eye, while another camps 20 yards (18 m) from the White House to air a grievance. In Washington, people surface at different times of day: dawn commuters, parents on the school run, young executives, tourists, Georgetown dowagers walking pedigree dogs, the after-work happy-hour gang, restaurant crowds, and the night owls; all forming a colorful tapestry.

After a trip to DC, Americans return home feeling patriotic and edified. Foreign visitors leave with a sense of astonished discovery.