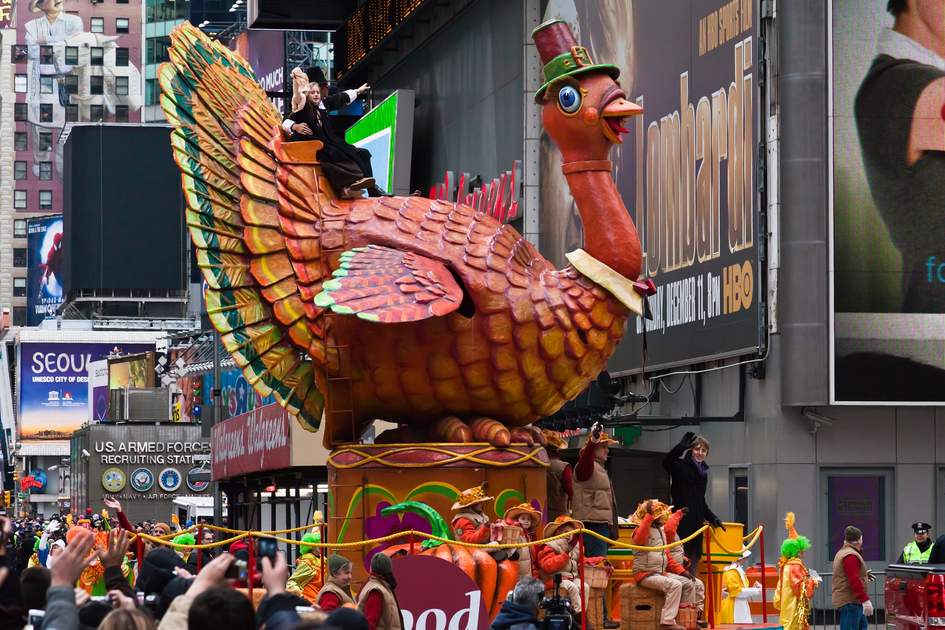 In America, November means family, football, and turkey. Thanksgiving is also celebrated with classic movies. We asked film critic Scott Jordan Harris to take us on a tour of some of the best locations to visit from the most festive Thanksgiving films.

Alongside the animated TV special A Charlie Brown Thanksgiving, the John Hughes comedy Planes, Trains and Automobiles is probably America’s most popular Thanksgiving movie. It follows the efforts of Neal, an uptight executive played by Steve Martin, to make it home in time for Thanksgiving. The comedy comes from the various misadventures he suffers by sharing his journey from New York to Chicago with talkative salesman Del, played by the late John Candy, in a performance that manages to be both endlessly irritating and endearing.

Like a few of the Thanksgiving films whose locations we’ll be touring, Planes, Trains and Automobiles features key action filmed in Manhattan, New York. Neal and Del meet on Park Avenue at 52nd Street, where Del sets the tone for their relationship by stealing Neal’s taxi. There are few simpler or more quintessential New York experiences than riding a yellow taxicab along Park Avenue – but do make sure you haven’t pinched it from someone else first.

Although it is their methods of transport that give the film its title, it is the places Del and Neal stay overnight that are often most memorable. The motel where Neal tries to pay with a credit card that is no longer in pristine condition is El Rancho Motel in Guree, Illinois. The famous “They’re not pillows!” scene, in which Neal and Del are forced to share a bed, was filmed at what is now the Sun Motel in Braidwood, Illinois. For the true Planes, Trains and Automobiles experience, be sure to check in for the night with someone you absolutely cannot stand.

The sequence in which Neal says some rather rude words at an airport was filmed in Missouri at the Lambert St. Louis International airport. Whether made by a plane, train or automobile, that’s quite a trip from the aforementioned motels and so you may prefer to stay in Illinois and head to the historic Old Court House Arts Center at in Woodstock (which makes a memorable appearance in the movie). It hosts art exhibitions, private functions and workshops, and entertains both tourists and local diners at Le Petite Creperie.

Although it is (rightly) regarded as one of the greatest Christmas movies, the original 1947 version of Miracle on 34th Street just has to be included in this Thanksgiving-themed selection because it begins with one of the great Thanksgiving traditions --  the Macy’s Thanksgiving Day Parade, which is held in New York City each year and routinely attracts more than 40 million television viewers. 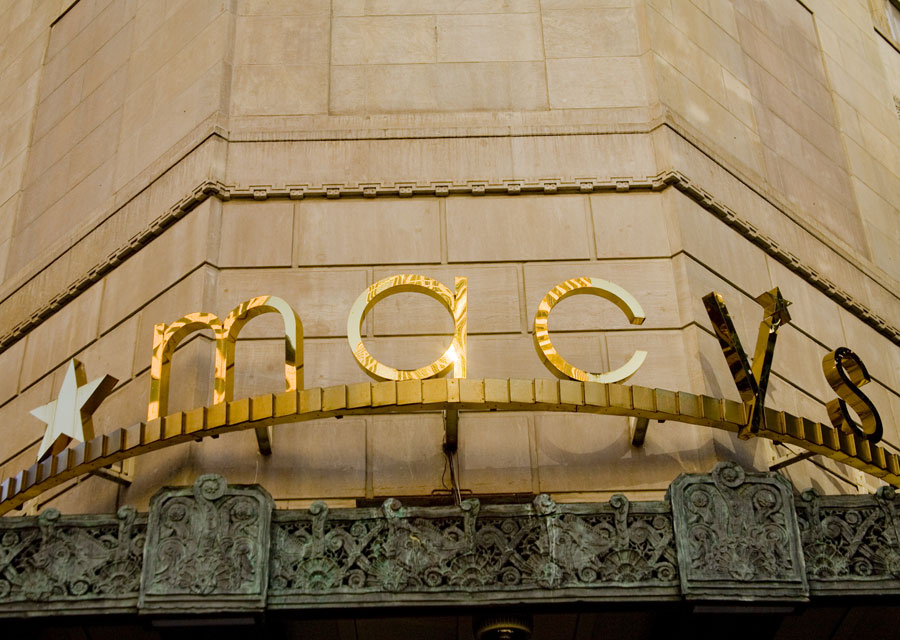 The arrival of Santa Claus’s float signals the beginning of the Christmas shopping season and, as such, the role of Santa Claus is one of the most important in the parade. In the film, Kris Kringle (the Oscar-winning Edmund Gwenn) is appalled when he realises the designated Santa is drunk and so takes his place, beginning the events that see him put on trial for claiming to be the real Father Christmas.

What make the parade sequence so special to location-spotters is that it was filmed during the actual 1946 Thanksgiving Parade and, therefore, the locations used in the film are the actual locations used in real life. Kris Kringle’s float-ride incorporates East 16th Street and Madison Avenue; Central Park West between West 76th and 77th street; and, of course, Macy’s at 151 West 34th Street. The “world’s largest store” has stood here since 1902 and is both a National Historic Landmark and a must-see destination for thousands of tourists and shoppers during the holiday season.

You could visit these locations at any time of year, of course, but no experience can compare to joining the crowds along the parade route on the fourth Thursday of November. Check out this year’s route here.

Hannah and Her Sisters

Continuing our Manhattan theme is Woody Allen’s Hannah and Her Sisters, which begins and ends at Thanksgiving. The film is one of Allen’s most acclaimed: it won Oscars for Best Original Screenplay, Best Supporting Actress (Diane Wiest) and Best Supporting Actor (Sir Michael Caine) and was twice chosen as one of the 100 best films ever made by Britain’s most famous film critic, Barry Norman.

In the film’s most location-centric sequence, an architect takes Hannah and one of her sisters on a tour of some of the best buildings in New York. He points out the glorious Art Deco expanse of the Chrysler Building (formerly the world’s tallest building) at 405 Lexington Avenue and the ultra-exclusive apartment building The Dakota, at 1 West 72nd Street, where John Lennon was murdered. The tour also includes the picturesque Mount Vernon Hotel Museum and Garden (formerly the home of Abigail Adams, who was the wife of one American president and the mother of another) and the Waldorf-Astoria Hotel at 301 Park Avenue. If your budget can accommodate it, the world-famous Waldorf-Astoria is the perfect place to accommodate you during your trip.

If you prefer your Thanksgiving films to be a little less sophisticated than Hannah and Her Sisters, then Addams Family Values is more likely to satisfy your seasonal movie needs. When young Wednesday and Pugsley Addams head to summer camp, they stage a play about the first Thanksgiving – and a rebellion against the camp’s impossibly perky counsellors. The Thanksgiving production takes place at Camp Tulequoia on central California’s Sequoia Lake but, though the play was filmed at Camp Tulequoia, other summer camp were scenes shot at nearby Camp Sequoia. 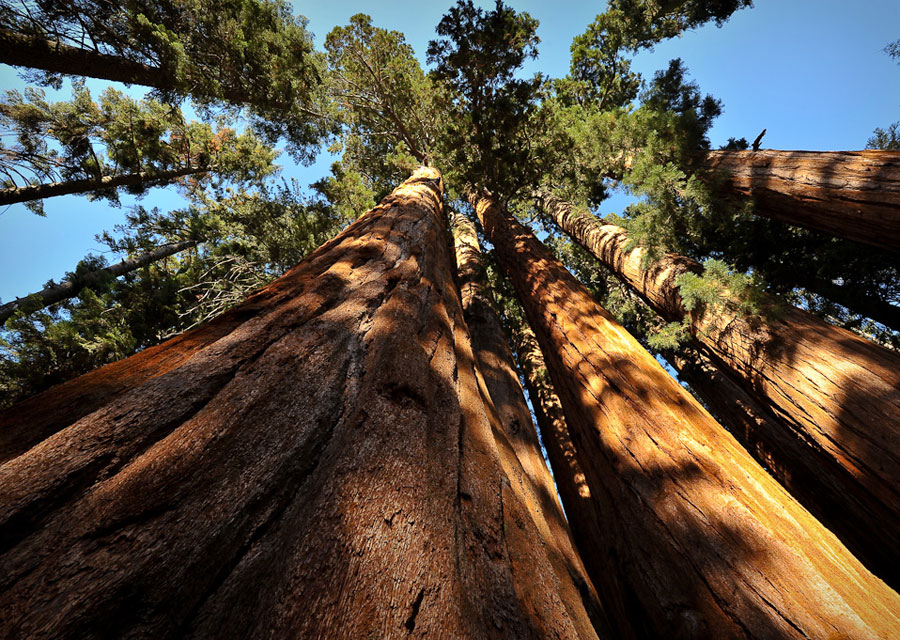 Characterised by its eponymous sequoia trees, which are some of the largest living things on Earth, Sequoia National Park is an oasis of ancient natural beauty in America’s most populous state. If the idea of a quiet retreat—or an adventurous climbing holiday—among nature’s skyscrapers appeals to you, the ideal place to base yourself is the park’s signature hotel, Wuksachi Lodge, “a striking stone-and-cedar mountain lodge situated in the heart of the park and surrounded by a mighty sequoia forest and soaring Sierra peaks … at a 7,200-foot elevation.”

For our final Thanksgiving film we’ve chosen something a little different. When Quentin Tarantino and Robert Rodriguez released their films Death Proof and Planet Terror as a double bill under the title Grindhouse, they connected the two with trailers for fake movies. These were made by notable directors including Edgar Wright, Rob Zombie and Eli Roth, who for his contribution invented a low-budget slasher film called Thanksgiving, reasoning that Thanksgiving was the one major occasion in the American calendar that had not formed the basis of a horror film.

His trailer is horrific and hilarious. (You can watch it here but be warned: it is not safe for work, or for anyone feeling a little queasy after overdosing on Thanksgiving dinner.) But what makes this parody so distinctive is that it wasn’t shot in America at all. To recreate the site of the first Thanksgiving (Plymouth, Massachusetts), Roth and his crew travelled in the opposite direction to the one sailed by Mayflower, heading across the Atlantic to the Czech city of Kladno near Prague.

Kladno and its surrounding area offer some beautiful destinations for travelers, especially those with an interest in historic castles. Karlstein Castle, Krivokat Castle and the ruins of Jincov Castle, Okar Castle and Tyrov Castle are all nearby. Built between the 12th and 14th centuries, all five offer a lovely insight into the history and architecture of the Czech Republic. 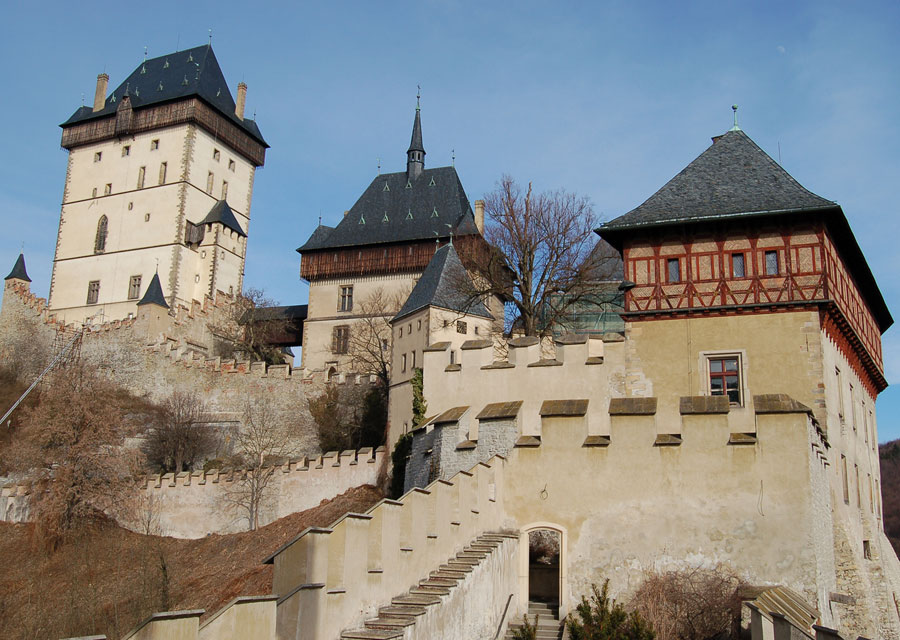 Another historical monument can be found in the nearby village of Klobuky, where a distinctive stone man of uncertain (and supposedly prehistoric) origin is a major landmark. Fittingly for the site of Eli Roth’s mini-horror movie about a man bringing death to a historic community, a dark local legend says that the 11-foot stone figure is moving incrementally closer to Kladno over the ages and, when he finally reaches it, doomsday will come.