9 reasons to visit Brittany this summer

With its isolation, Celtic language, traditions and folklore, Brittany is quite unlike the rest of France. Adding to its charms it boasts France's most spectacular coastline, while inland lies a deep-green rural world of lovely hills, forest and idiosyncratic little towns. Here we show you why it makes for the perfect last-minute summer adventure... 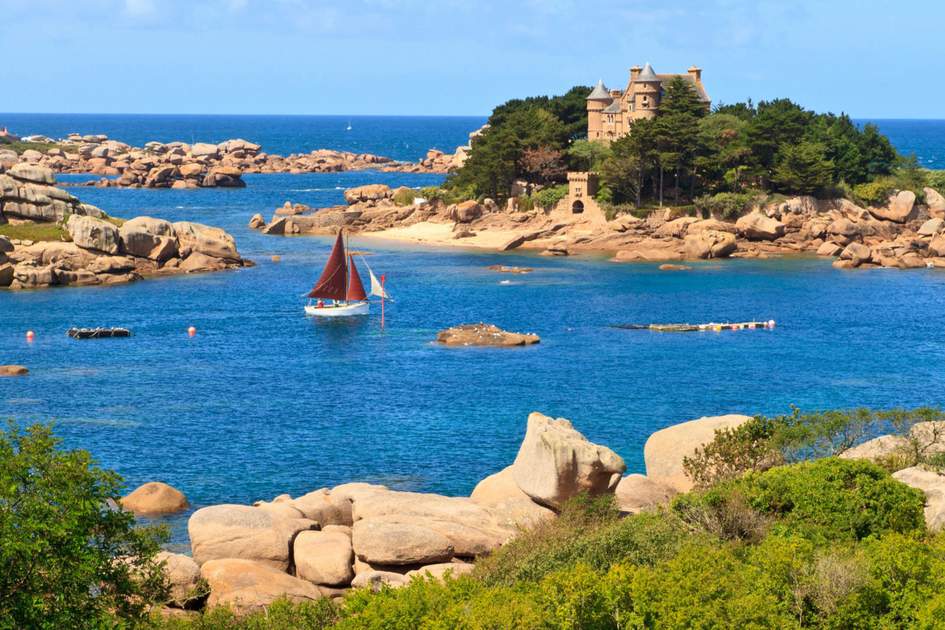 Soaring cliffs, wind-blasted rocks, gorgeous beaches and exquisite sheltered harbours succeed each other around the Breton coast, an ideal setting for the legends and rich traditions of a distinctive Celtic culture. Here are our must-sees and must-dos in the region

The best way to get your first sight of St-Malo is from the sea. The old walled city, known as Intra-Muros or “within the walls”, appears almost like a giant granite ship at the mouth of the River Rance, surrounded by surf-capped rocky islands. Experience this for yourself with Insight Guides' Northern France Tour: City to Coast holiday, which takes you on a cruise around St-Malo's harbour.

This fortified stronghold has been famously, belligerently, independent. To win its loyalty French kings gave St-Malo special privileges, including Lettres de Course (origin of the word Corsaire), allowing mariners to raid on the high seas and keep most of the profits, so long as they only did so against the enemies of France.

The 15th-century château, incorporated into the ramparts, contains the Musée d’Histoire de la Ville, an old-fashioned celebration of St-Malo’s seafaring history. The castle’s ramparts and dark passageways are great fun to explore.

St-Malo also has beaches, mainly along the northwest side, with an enclosed saltwater swimming pool. It is also home to one of France’s largest concentrations of seafood restaurants.

2. Dinard and the Emerald Coast

Facing St-Malo across the Rance, Dinard became a fashionable resort in the 19th century thanks to British aristocrats who built villas on the cliffs, mostly in extravagant neo-Gothic style. They were soon followed by wealthy French families. The villas can be seen on the lovely walk around the Chemin de Ronde footpath. Dinard also attracted artists; Debussy began his La Mer here in 1902, and Picasso came in the 1920s. Today it retains its air of slightly eccentric gentility, and deep tranquillity. There is also a Festival of British Film held here each October.

The coast westwards from Dinard is called Côte d’Emeraude (Emerald Coast), due to its unquestionable greenness. Further west, the giant slab of the Cap Fréhel peninsula juts out into the sea, with the most spectacular of all Brittany’s many castles, Fort de la Latte, on one tip. It’s the most castle-ish castle you could imagine, on a mighty crag above the ocean, with enough battlements, dark chambers and winding staircases to fire anyone’s imagination.

Beyond the cape is a windblown coastline of cliffs topped by heather and wild flowers, with sweeping views and paths leading down to sandy coves. Cosiness returns at Sables-d’Or-les-Pins, which as its name suggests has the area’s prettiest beach, and is backed by pine woods.

The most celebrated coastline of all is the Côte de Granit Rose (“pink granite”), so called because its rocks have a distinctive pinkish hue. Often immense, battered over centuries into weird shapes, they lie along the coast like giant abstract sculptures. All human habitation has been built around and between them, from prehistoric shelters to neat Art Deco villas. The main town is Perros-Guirec, a mix of fishing-and-leisure port and unfussily old-fashioned resort town, although its Trestraou beach has also become popular for surfing. Some of the craziest rock formations, one like a giant baboon, are along the Sentier des Douaniers, the coastal footpath round to the gorgeous beach inlet of Ploumanac’h, which has a more chic feel. Visit both Perros-Guirec and Ploumanac'h on Insight Guides' Northern France Tour: City to Coast holiday, the best way to explore the Pink Granite Coast. 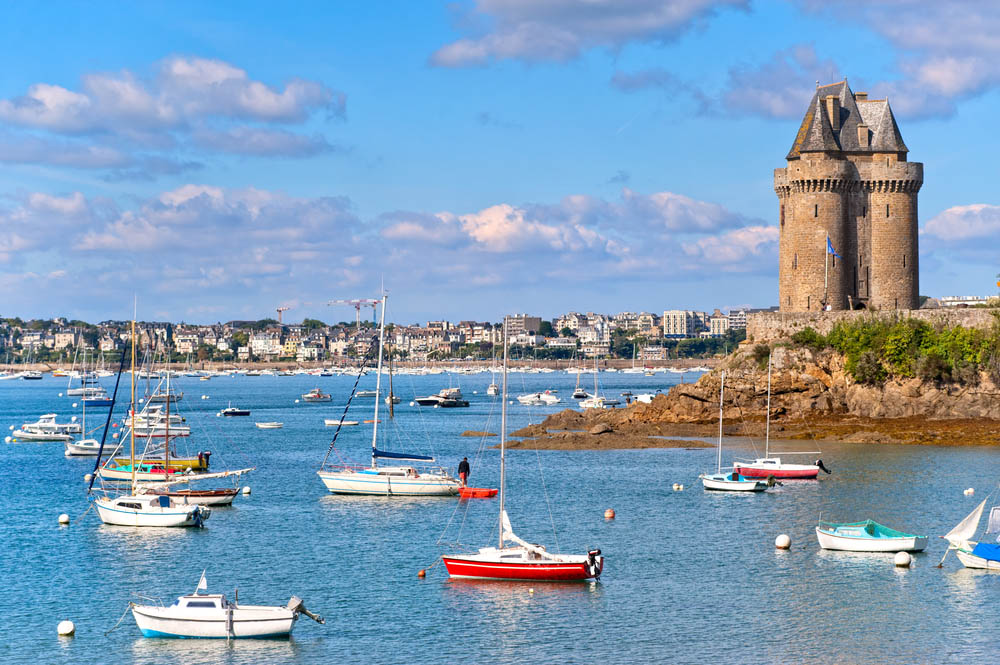 The bay of St-Malo. Photo: Shutterstock

Just inland, Locronan is one of Brittany’s most celebrated (and visited) beauty spots, an often-filmed town of granite houses built by 18th-century merchants.

Douarnenez is a town with beauty and character. Its bay is said to be the site of the mythical city of Ys. From the 19th century it was France’s foremost sardine fishing and canning port, an industry that made it a centre of left-wing agitation. It still is a significant fishing harbour, with plenty of ozone-scented movement.

Spectacular Cap Sizun is a massive blade of granite cliffs. Between the two points, the beach of Baie des Trépassés (Bay of the Dead) is so-called because of the ghosts of shipwrecked sailors said to gather here.

Known for its galettes (buttery biscuits) and as one of the birthplaces of modern art, Pont-Aven attracts a lot of visitors, and at times it can appear to have more biscuit shops than are humanly possible. But, it has a lived-in feel, too, and the beauty that drew painters here is still evident. Discreet signs help identify the locations of specific pictures, such as the mills along the exquisitely leafy River Aven. The excellent Musée de Pont Aven has works by all the Pont-Aven painters, and presents high-quality exhibitions. 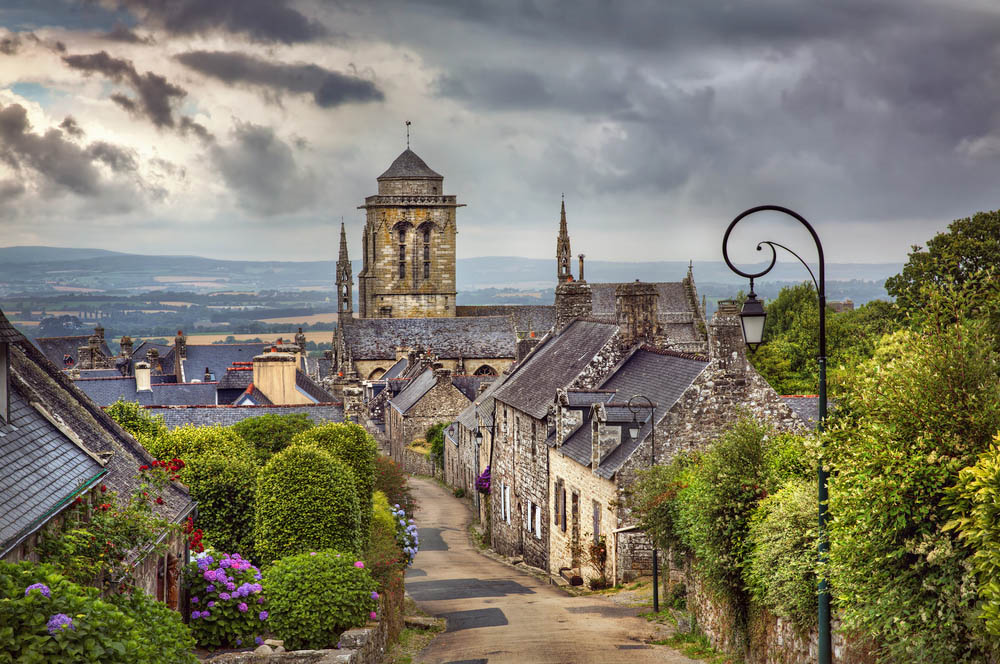 British visitors can be surprised to find that the Fôret de Paimpont, east of Josselin, is the home of King Arthur. It is traditionally identified with the mythical forest of Brocéliande, which in Breton legends and many medieval romances is the magical home of Merlin and the site of many other stories. Local lore and Arthurian enthusiasts have identified spots around the forest with legendary sites (“Merlin’s Tomb”, the “Spring of Eternal Youth”, and more). The tourist office in Paimpont village provides excellent maps, and finding them adds to the enjoyment of beautiful walks through an intact stretch of Breton forest.

Carnac is famous as the centre of the densest concentration of megalithic stone monuments in Europe, and above all for the Carnac Alignments, awe-inspiring parallel lines of over 3,000 standing stones that extend like a great barrier for over 4km (2½ miles) behind the town. They were erected around 4000–3000 BC; there are many theories as to their purpose – from the legend that they were Roman soldiers turned to stone for persecuting Christians, to the idea that they formed ceremonial entries to temples – but none is established as definitive.

Over 20km (12 miles) wide, this magical “little sea” (Mor Bihan in Breton) is dotted with over 40 islands, and frequented by vast fleets of seabirds. It is tidal, shallow and very sheltered and so is ideal for lazy sailing, canoeing and other boating from idyllic villages around the shoreline. Some islands are privately owned, but boats run across to the largest two, Île d’Arz and the mini-paradise of Île aux Moines; others can be reached simply by walking across at low tide.

Alternatively, submit a trip request to see this side of France your way

If you're heading to Paris, don't miss our favourite places to stay: Best boutique hotel's in the French capital city

And if you're heading further north: Here's how to spend the perfect day in Lille