Parisian hotels are like snapshots of the city itself: inserted in the urban fabric and echoing the character of the different quartiers. If you're looking for the best places to stay in Paris, opt for a little luxury at one of these boutique options 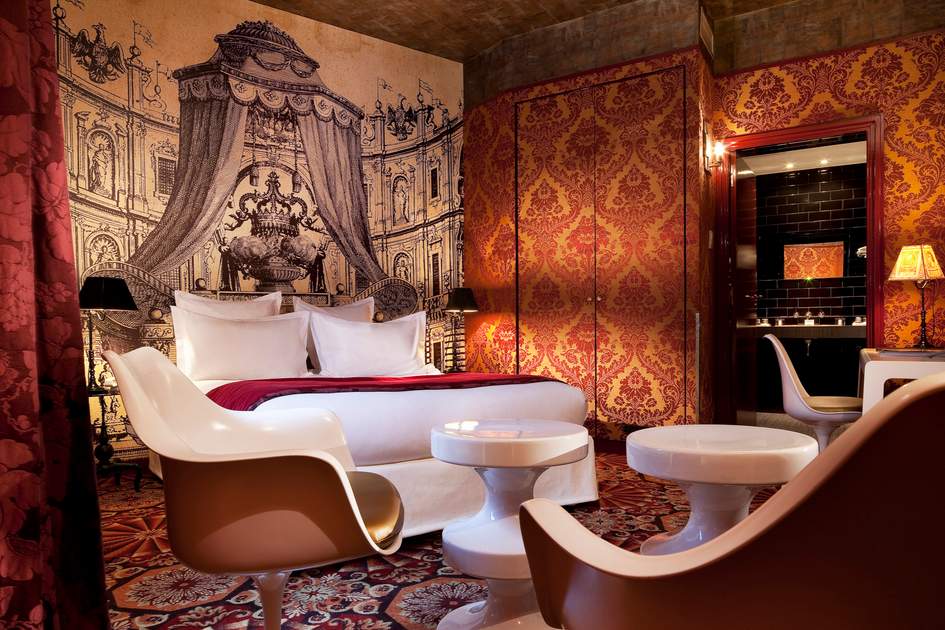 Looking for somewhere to stay in Paris? Beyond the legendary grand palace hotels (where you can expect palatial bedrooms, squadrons of staff able to meet every whim, sybaritic spas and gourmet restaurants), the Parisian norm for accommodation is still the small, privately run but equally luxurious boutique hotel

Many of Paris's best boutique hotels are in historic buildings, where ancient beams, exposed stone walls and breakfast rooms in vaulted cellars (or the high ceilings and wrought-iron balconies of the classic Haussmannian terrace), provide charm and an authenticity that can make up for any lack of space or services. There has recently been an influx of international luxury hotel groups, and even many of the small hotels have been renovated over the past few years bringing them up to scratch with quality beds, air conditioning and stylish décor.

With the building's beginnings dating back to 1877, Hotel Edouard 7 is home to plenty of history. Named after King Edward VII (it's a long story) and located on one of the city's most prestigious avenues, you'll feel like a royal from the moment you arrive. Boldness, seduction, character and theatre: these words defined the design and tone of the hotel, which you'll feel through every furnishing, fitting and finish. You'll also find a divine restaurant and sleek bar here too.

A family-owned boutique hotel, Hotel Chavanel is both chic and discreet. Ideally located in La Madeleine, you'll find yourself in the heart of one of Paris's most elegant, fashional and historical districts: the 8th arrondissement. Traditional, authentic furnishings are combined with fine French finishes here; think a touch of lace and cool, contemporary lighting. Don't miss the generous breakfast, served in the hotel's vaulted cellar. 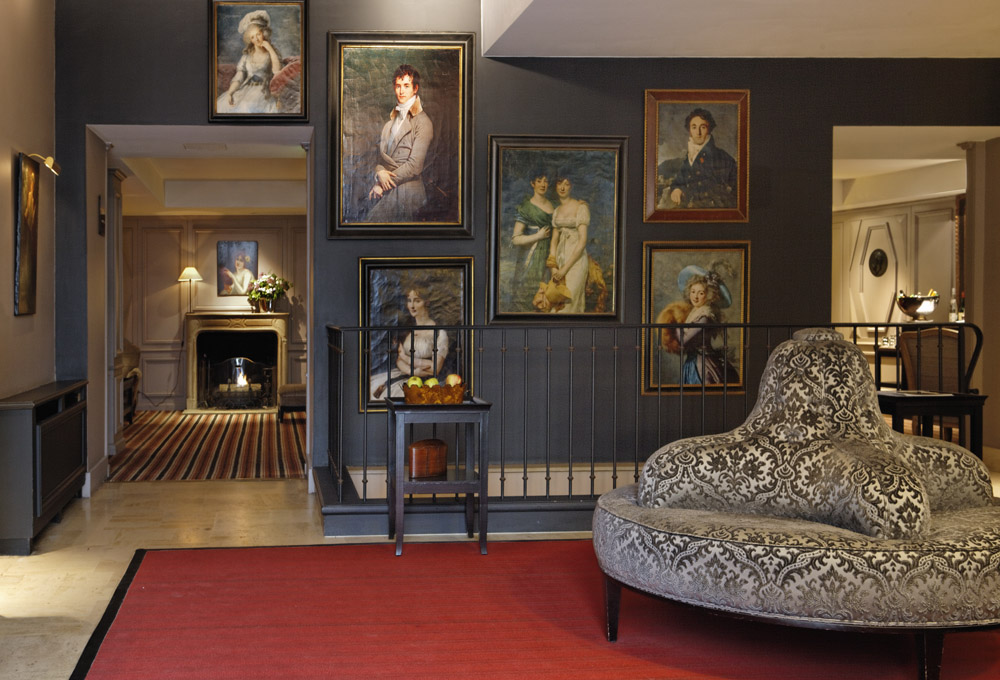 There’s a definite whiff of a bygone aristocratic age in this lovelySt-Germain mansion, with its paved entrance courtyard and panelled drawing room. The 51 rooms vary from minimalist chic to florals. Breakfast is served in vaulted cellars – the remains of a 13th-century monastery – where there’s also an elegant spa and a gym.

The Maison Athénéé is a snug, 20-room hideaway that has been decorated in suitably operatic style by Jacques Garcia as a plush tribute to the nearby Palais Garnier. The intimate bedrooms are themed according to La Traviata, Don Giovanni, Aida and Faust, and there’s a sultry, boudoir-like bar, where you sit on velvet chairs, watched by photos of operatic divas.

An old bakery in the Marais has been transformed by Christian Lacroix into one of the most romantic small hotels in Paris. Hôtel du Petit Moulin is a chic insider address where the 17 rooms each evoke a different mood or voyage using luscious fabrics and daring colour combinations, and with a casual pop-hued bar in the old bistro downstairs. 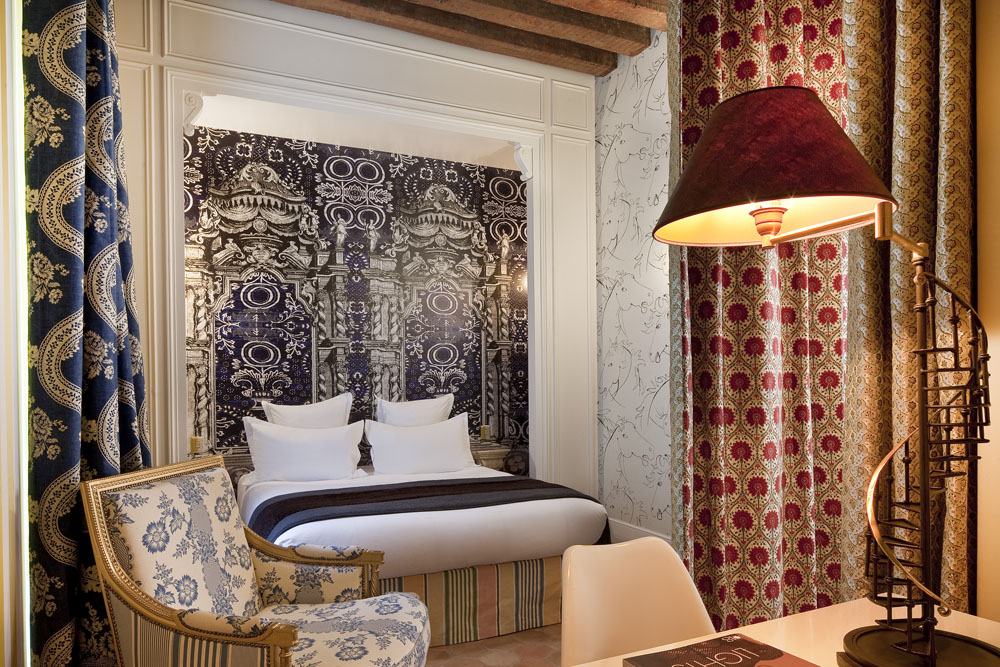 Hôtel des Grands-Hommes is a dignified 18th-century hotel that has been beautifully redone in neoclassical hommage to the great men of France reposing in the Panthéon. It's also easily one of the very best hotels in Paris. The 31 rooms are intense cocoons of classical wallpaper and portrait busts. Many overlook the Panthéon; the best have small balconies and views.

Set in the 19th-century mansion that served as US General Pershing’s World War I HQ (spot the flame of liberty in the ironwork), Pershing Hall is a small luxury hotel with the aura of a grand one. The 26 rooms and suites are calm havens of brown, cream and natural oak; but the showstopper has to be botanist Patrick Blanc’s lushly planted vertical garden.

Ready to take your trip to Paris?

5 art galleries to visit in Paris this year (and how to avoid the crowds!)

Top 11 unmissable things to do in Paris