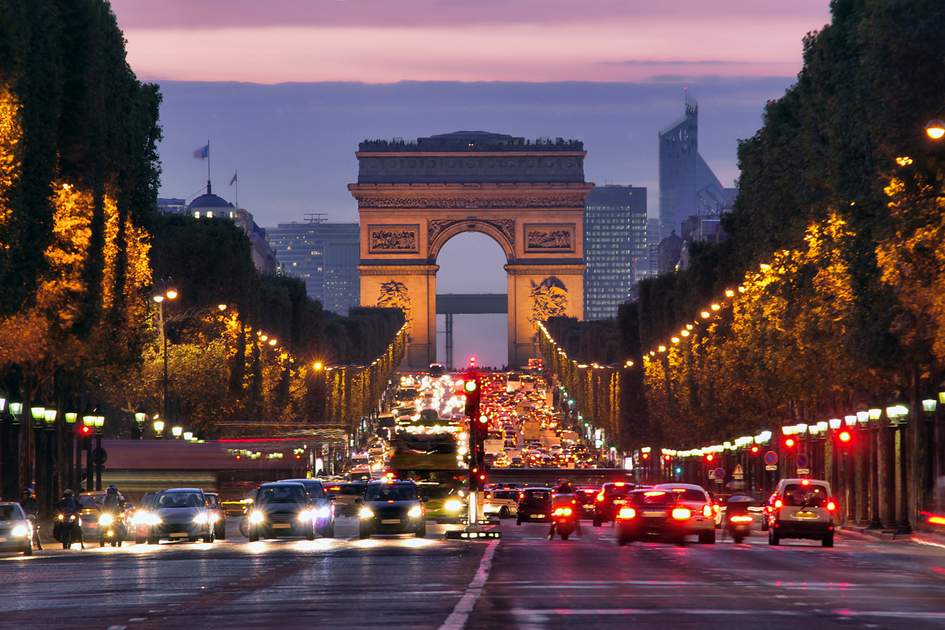 The Champs-Elysées, the most famous avenue in the world. Photo: Shutterstock

Paris is a city of must-sees. To help you plan, here are our top places to see in Paris so you don't miss a thing.

Built for the 1889 World Fair, Gustave Eiffel's mighty iron monolith is still one of the most enduring symbols of Paris. The Eiffel Tower was intended to stand for only 20 years. Initially, the reception to the tower was frosty, but the advent of radio and the tower’s usefulness as a site for antennae secured its future.

Even so, it survived a lightning strike in 1902, being ‘sold’ twice for scrap by a con artist in 1925, a demolition order from Hitler as the Allies neared Paris in 1944, and the ravages of corrosion: tons of rust were removed during its 100th birthday facelift. The tower has been repainted 19 times, each time requiring 60 tonnes of paint and taking around 18 months.

Located in the heart of Paris, on the historic Ile de la Cité, the cathedral is a monument to Catholicism and the great Gothic architects. Taking over 200 years to complete, some parts of the cathedral date back to the 1100s. With over a staggering 14 million visitors a year, the Notre Dame is touted as France's most popular attraction.

Highlights include trekking up around 400 steps in the western facade for one of the best views of the city below, and admiring its three impressive stained rose windows.

Discover more top things to do, secret local hangouts and where to find the city's best food in Insight Guides: Luxury Paris 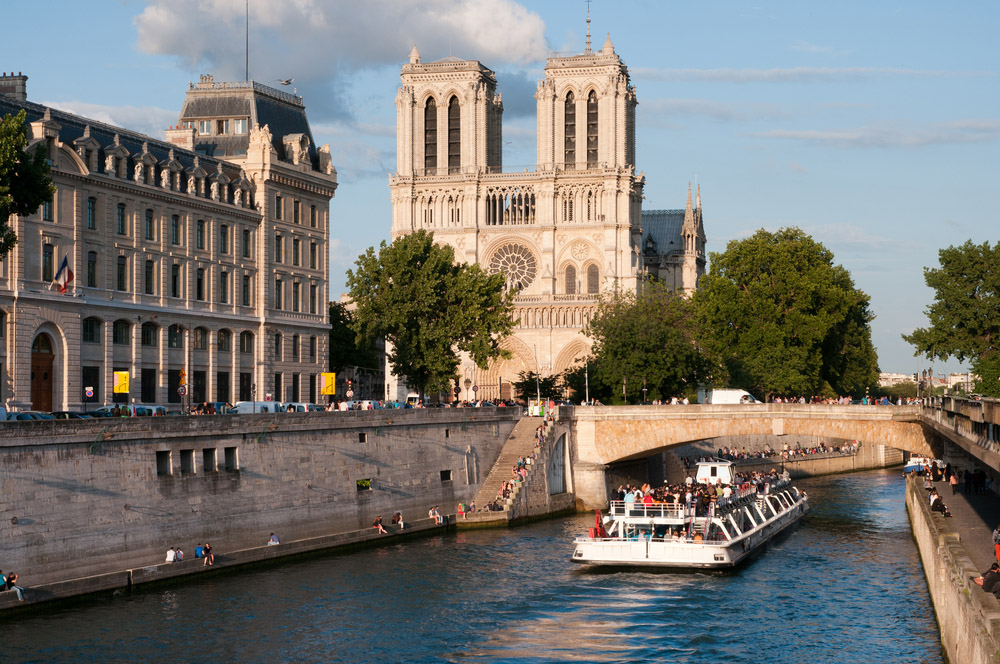 From the home of kings to a showcase for one of the world's best collections of fine and decorative arts: the Musée du Louvre was originally built as a fortress in the 12th century and was later converted into a prison and palace, before opening as the museum we know today.

Divided into three wings – Richelieu in the north, Sully in the east and Denon in the south – the collections are displayed in colour-coded sections, to help with orientation. Of course, there's the Mona Lisa – which you don't want to miss – but make sure to spend at least half a day exploring the museum to take in as many other masterpieces of French, Italian, Dutch painting as well as Egyptian, Roman and Greek scupltures.

From the top you will enjoy a spectacular view of the 12 avenues that radiate from l'Etoile (meaning "star"), as the square is generally known. Featuring only 40-odd stairs, you'll find an easier ascent than the Notre Dame or Eiffel Tower too. Once you've dodged the traffic around the monument, make time to explore the plush Champs-Elysées – often touted as the world's most beautiful avenue.

The Musée d'Orsay was originally a railway station, built for the Universal Exhibition of 1900. It was subsequently used as a prisoner of war depot during World War II, a set for several films, and then an auction house, before finally becoming a museum in the 1980s. The building, often described as a work of art in itself, holds pieces from 1848 to 1914, including an outstanding collection of French paintings from the Romantics to Post-Impressionists.

Need help creating your very own trip to Paris? Our travel experts can plan what you should see and do in the city. Get in touch. 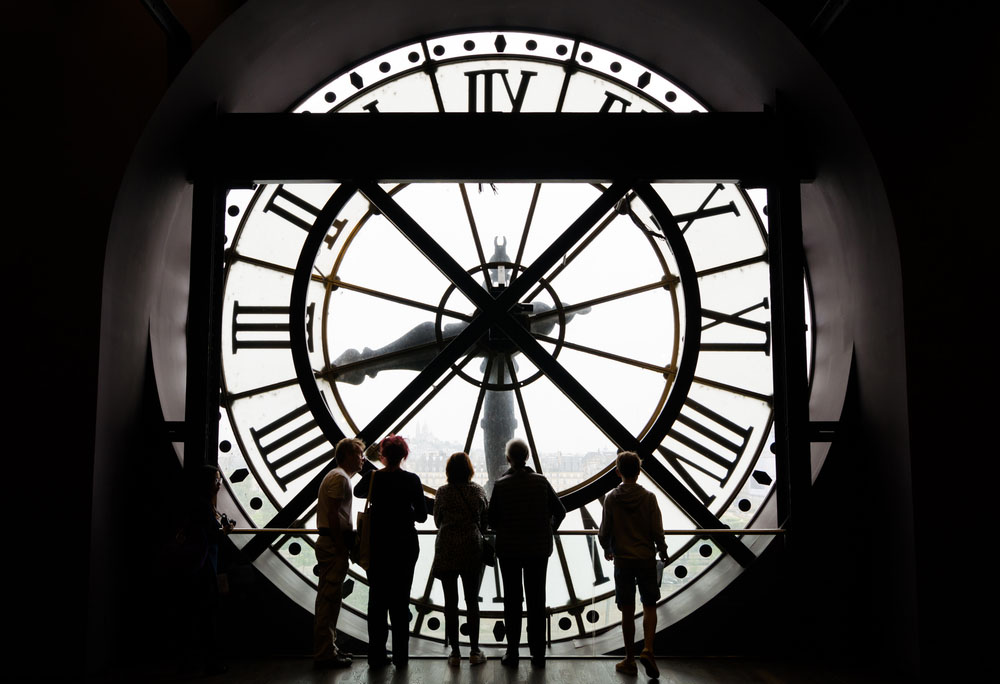 The view from behind the clock Musée d'Orsay. Photo: Shutterstock

One of the great birthplaces of bohemia, cabaret and modern art, Montmartre still boasts both a unique atmosphere and unique views over Paris.

Montmartre has always stood slightly apart from the rest of the city. For much of the 19th century it was mined for gypsum and still retained a country charm with its vineyards, cornfields, flocks of sheep and 40 windmills. The lofty isolation of the hill and its cheap lodgings attracted artists, such as Toulouse-Lautrec, and writers. Painters and their models frequented place Pigalle (the red-light district), and people flocked to the Moulin Rouge. Impressionism, Fauvism and Cubism were conceived in the area’s garrets, bars and dance halls.

The area covered in the first part of this tour was once a swamp – ‘marais’ is French for ‘marsh’. It was drained in the 16th century and developed as an aristocratic residential district, until, with the rise of Versailles, it fell into neglect. Largely untouched by town planner Baron Haussmann in the 19th century, it fell into further decline, until by the 1960s it was derelict and rat infested. Due to be cleared, it was saved by Culture Minister André Malraux, who safeguarded many of the buildings and initiated the restoration.

Today, the Marais is a fashionable quarter home to a mix of grandiose and small scale buildings, quaint boutiques, cosy cafés, hip bars and bistros. 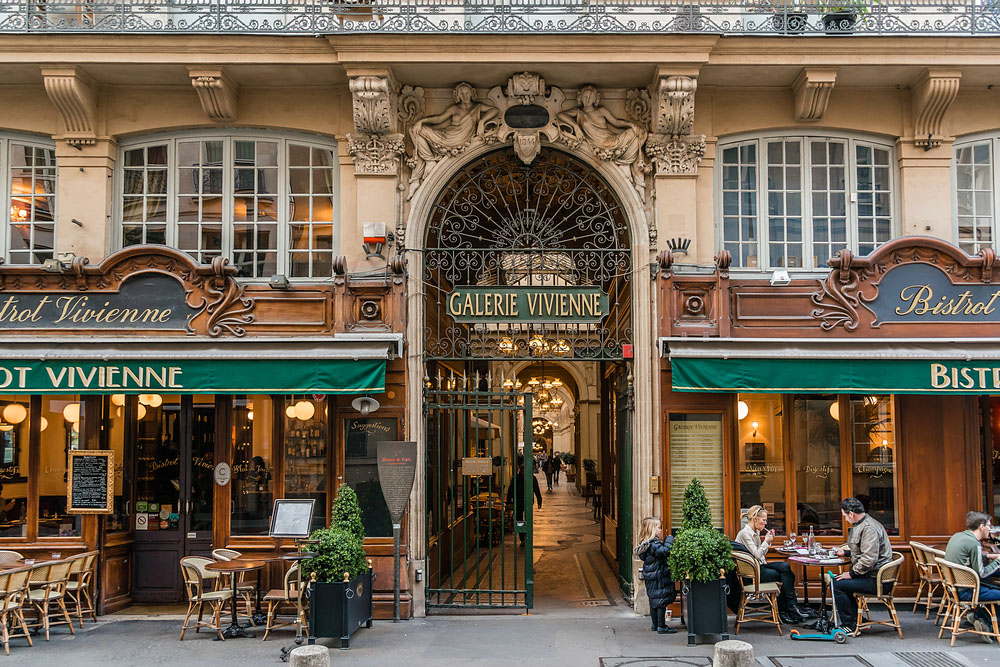 Galerie Vivienne, a lovely covered passageway lined with shops and cafes, is a short walk from the Louvre. Photo: Shutterstock

The quintessential Paris park has leafy pathways, statues, boules, a bandstand, a boating pond and a lovely, civilised atmosphere. Located snuggly between the Saint-Germaine-des-Prés and the Latin Quarter, the Jardin du Luxembourg offers a relaxed retreat from the often hectic city streets.

This inside-out behemoth showcases art from 1905 to the present, including Picasso, Warhol, Matisse and Kandinsky.

The originally-controversial Centre Pompidou's structure was completed in 1977, deisnged by architects Renzo Piano and Richard Rogers. The museum is now so popular that it is hard to appreciate the initial storm of criticism regarding its ‘inside-out’ style: blue units transport air conditioning, green ones are water circulation, red tubes are transport routes and yellow ones indicate electric circuits.

Let us take you on a trip to Paris. Our travel experts can help you plan the ultimate trip to the French capital. Find out more. 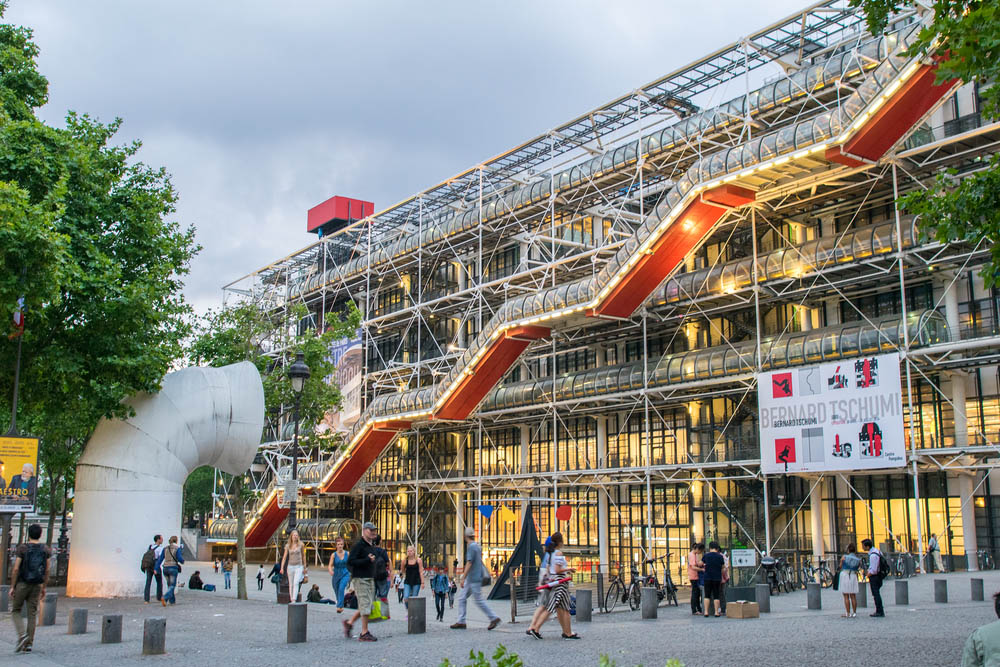 The Centre Pompidou is known for being 'inside-out'. Photo: Shutterstock

No list of things to see in Paris would be complete without the Sun King's magnificent château and gardens, which make a lovely day-trip from the city. Described by the writer and philosopher Voltaire as ‘a masterpiece of bad taste and magnificence’, Versailles, symbol of pre-Revolutionary decadence, offers a vivid encounter with French history.

City break not your idea of an adventure? Try one of these destinations instead:

Where to travel in Summer 2018

"This was probably the true highlight of our entire trip. Fred's cooking school is located right near Pere Lechaise cemetary which was an added bonus at the end of the day. The school has a maximum of 8 participants and we were a group of 7 which worked... Read more

This tour was one of the highlights of our Paris trip with a family of 4 kids age 12 and 6. Our guide, Roberto, was so knowledgable and enthusiastic. He took us all over the St. Germain area of Paris, and you could tell his love for the city and his profession. He not only took us to amazing Patisseries and Chocolatiers, but also provided history of sights along the way and gave us wonderful recommendations for restaurants during our stay. Roberto was so generous with his time, that we continued the tour past the end time and tasted delicious jams and spreads at an additional stop. Our six year old stayed engaged throughout the tour and now loves chocolate macarons!