What to see and do in Granada

Home over the ages to Romans, Christians and Moors, Granada wears thousands of years of colourful history on its sleeve, and its mixed cultural character makes it one of the most enchanting destinations in Spain. Here is our guide to what to see and do in Granada. 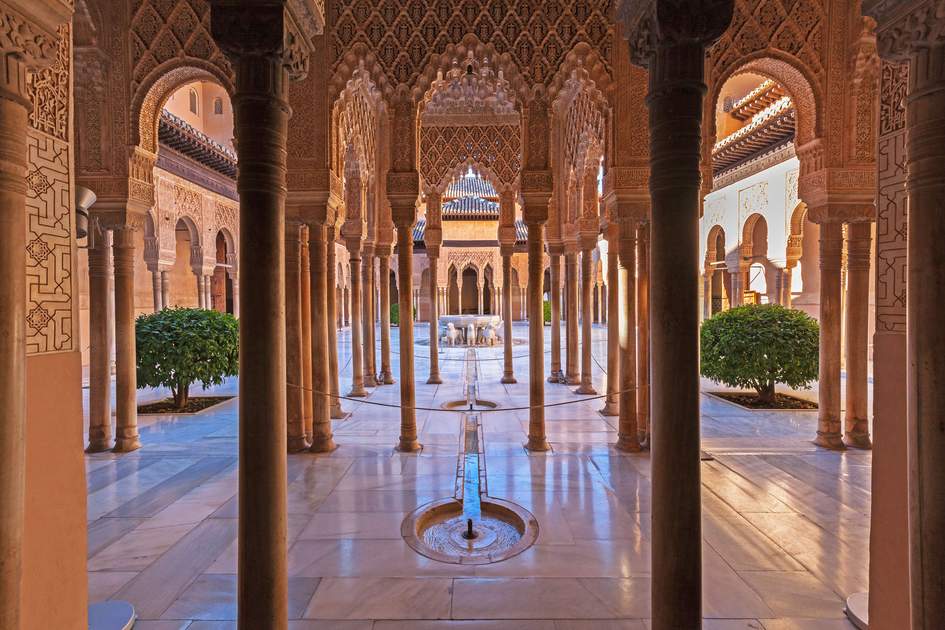 It may not be the capital of Andalucía – that honour goes to Seville – but no city distils the region’s unique culture and heritage like Granada. Here is our look at the best things to see and do in Granada.

Marvel at the Alhambra

Granada is home to some of the finest Islamic architecture not just in Spain but anywhere in the world. Even the city’s name – ‘Granada’ means ‘pomegranate’ in Spanish – evokes the Middle East. As is the case across Andalucía, though, it’s not any single aspect of Granada’s cultural heritage that makes the city so fascinating – it’s the interplay between different styles, eras, and cultural traditions, which come together to create something unique.

Nowhere is this more evident than at the magnificent Alhambra, which ranks among the world’s most beautiful buildings. The crowning glory of Moorish architecture, this vast palace was built over several hundred years, beginning in the 13th century with the Nasrid emirs and sultans, and later being repurposed by Christian rulers after the Reconquista of 1492. 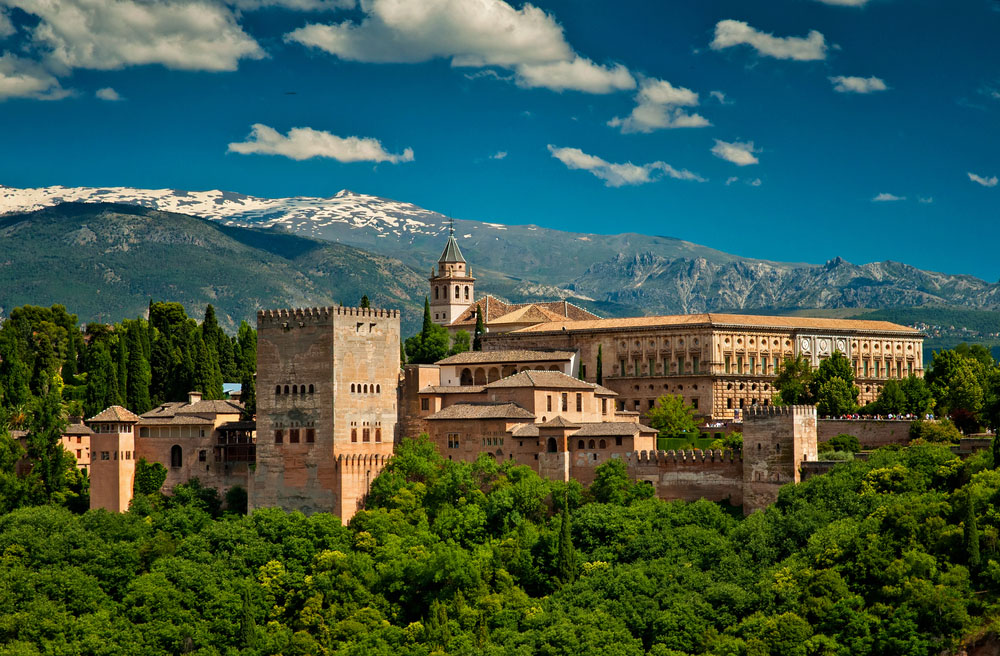 The result is a striking architectural fusion of the Islamic and the Christian, the European and the Arabian. The Nasrid Palaces, the centrepiece of the complex, are a network of opulently adorned residential quarters connected by shaded courtyards and cascading fountains. The design and attention to detail is breathtaking: nearly every surface is covered with stucco, ornately carved with thousands of verses from the Qur’an, while ceilings ascend into beautifully ordered muqarnas – an elaborate form of vaulting fashioned to represent the divinely designed cosmic order and harmony of the universe.

Looming incongruously beside the Nasrid Palaces is the Palace of Charles V, a vast Renaissance structure set around a colonnaded circular courtyard. On the western edge of the Alhambra complex is the elegantly crumbling Alcazaba, the original citadel, which still stands proud after 800 years. The Alhambra’s second headline draw is the Generalife, which once served as the sultans’ summer retreat. With its cypress-filled gardens, pools and patios and colonnaded arcades, it’s as pleasant a place to spend a hot afternoon as there ever was. 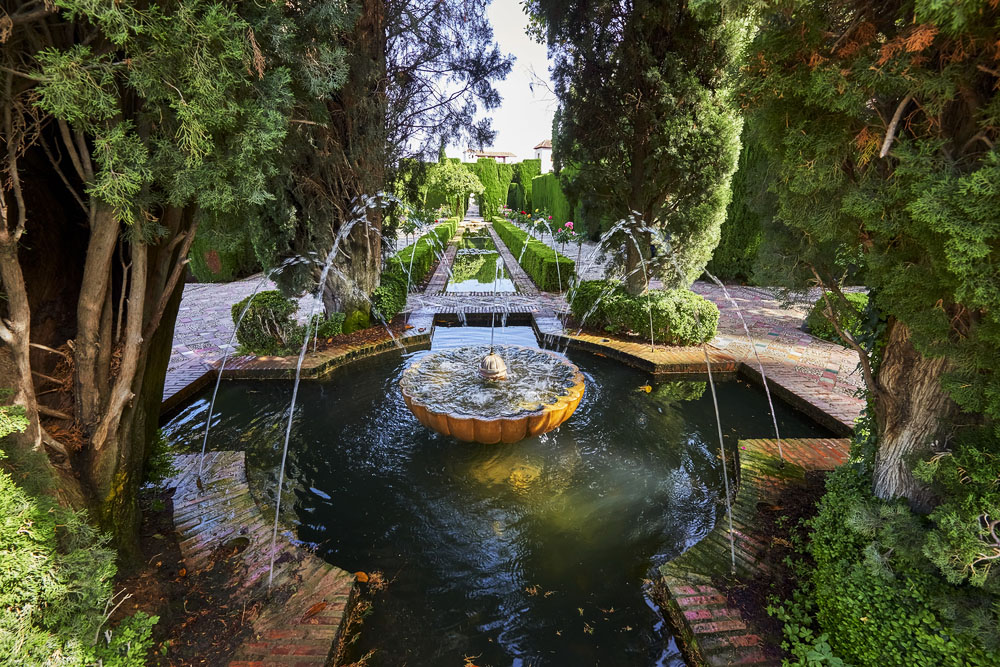 Get lost in the winding streets of the Albaicín

The Albaicín is Granada’s medieval Moorish neighbourhood, a hillside labyrinth of steeply winding streets where half the fun is allowing yourself to get lost amid the cobblestones and the whitewashed, lantern-lit houses. Highlights of the Albaicín include the peaceful Mezquita Mayor, which dates from 2003 and is the first mosque to be built in the city since the Christian Reconquista of 1492. Though non-Muslims may not enter the mosque, the gardens, set around fountains and dotted with pine, olive and pomegranate trees, are beautifully serene. Also worth a visit is the attractive Plaza de San Miguel Bajo, a square of bars and restaurants shaded by chestnut and acacia trees.

The undisputed star of the Albaicín is also Granada’s finest viewpoint: the Mirador de San Nicolás, overlooking the Alhambra. At dawn and dusk it’s particularly beautiful, with the complex rising from a dark hillside elm forest, the Sierra Nevada looming in the background, and the sun casting the buildings in a honey-hued glow. Bill Clinton, visiting in 1997, described it as ‘the most beautiful sunset in the world’ – and it’s difficult to disagree. 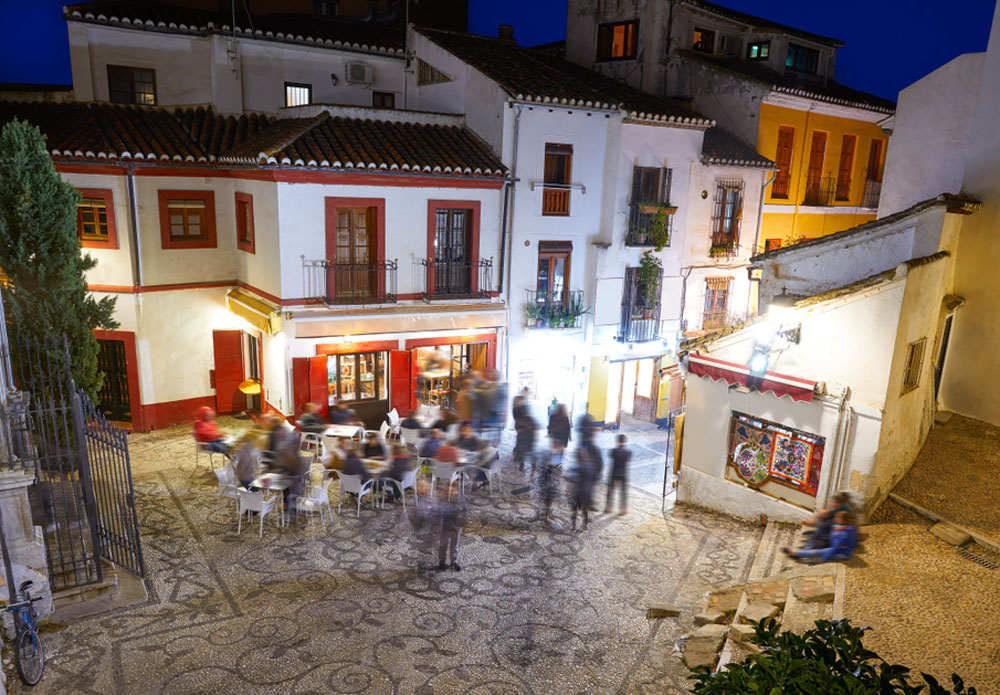 Outside of Spain, tapas – small plates of jamón, cheese, olives or any number of other delicious morsels – represent the best-known face of Spanish cuisine. Within Spain, and especially in Andalucía, the tapeo (tapas bar-hopping) is a veritable way of life. Tapas are thought to have originated in Seville, but Granada is one of the only places where they are still enjoyed the old-fashioned way, with one tapa accompanying every drink you order, whether alcoholic or not.

This means that ordering a few tapas can be a very cheap way of enjoying a full meal, sampling a wide variety of Spanish dishes in the process. Be sure to try Andalucían classics like gambas pil pil (garlic and chilli prawns), jamón ibérico (ham from the Iberian black pig) and albondigas (meatballs in tomato sauce). The perfect accompaniment is fino – the local name for the dry sherry made in nearby Jerez, though wine and beer are just as popular.

Granada is also home to some wonderfully atmospheric tapas bars, which make the tapeo a worthwhile experience no matter how hungry you are. Take Bodegas Castañedas, for example: a Granada institution on Calle Almireceros, where locals throng beneath the celebrated ceiling-hung jamones and enjoy vermouths and wines from barrels which line the walls from floor to ceiling. 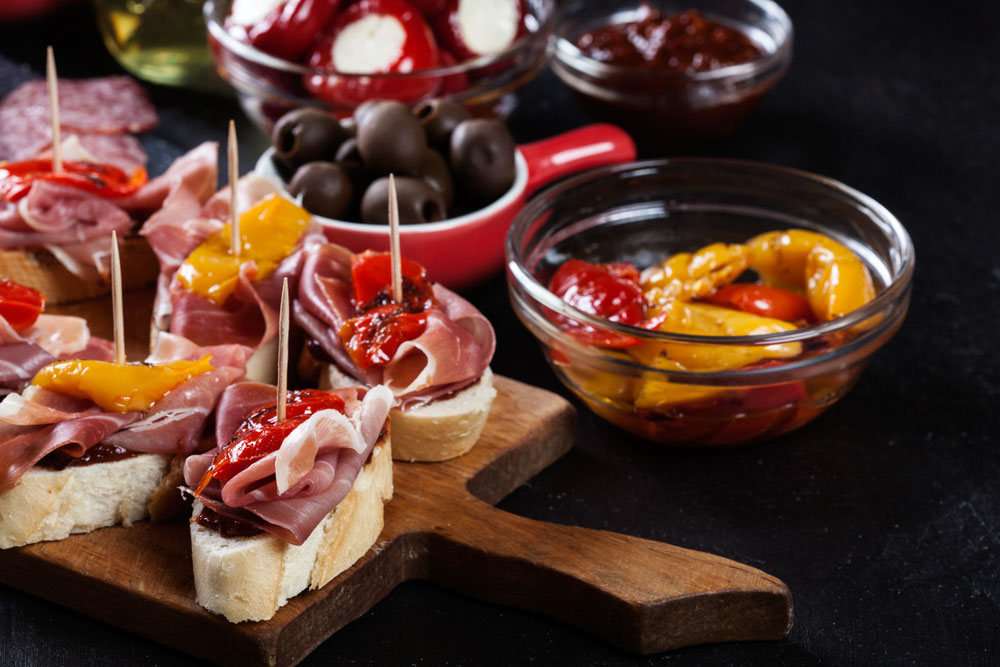 Flamenco in the gypsy cave houses of Sacromonte

Granada’s historical Moorish and Christian rulers command most of the column inches when it comes to the city’s architecture, but numerous other ethnic and cultural groups have made their mark on the city over the centuries. One of the most vibrant and longstanding of these groups is the gitano, or gypsy, community.

Originally nomadic, the gitanos began to settle in the early 1500s in the area around Sacromonte, a hill to the east of Granada. They made their homes in troglodyte cave houses (cuevas) carved into the hillsides, where many of the community still live today. It was here that their music and dance traditions melded with those of their Jewish, Muslim and native Andalucían neighbours to create flamenco as we know it today. A passionate riot of intense singing, spirited handclaps and fiery guitar playing, flamenco is perhaps the most characteristic and recognisable expression of Andalucían culture – and the cuevas of Sacromonte remain among the best places to experience it.

Many of the cave shows, it has to be said, are touristy and rather overpriced, but choose the right one and it promises to be an incredibly atmospheric way to experience the ancient art of flamenco. Zambra Maria La Canastera is a museum and theatre held in the historic family home of La Canastera, one of the great gypsy flamencas. The small cave room, with chairs lining each wall and traditional cooking pots hanging from the ceiling, stages performances of zambra, a traditional gitano wedding dance. 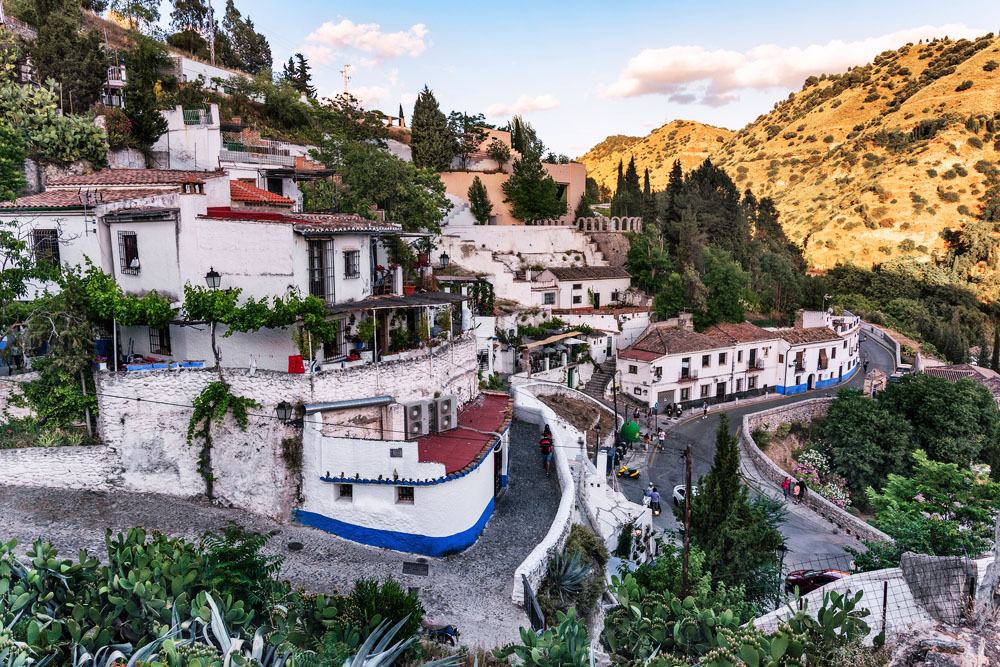 Insight Guides can help you plan and book fantastic trips to Andalucía and other regions in Spain. Simply get in touch with us to share your ideas for the trip and let us know when you would like to travel. Our local experts will then create a personalised itinerary exclusive to you and your requirements, which you can amend until it's exactly how you want it before booking. You can browse our existing itineraries for inspiration, and keep in mind that they can all be tailored to suit your specific requirements.