Where to go in April and May

This season is all about Easter, whether it's the Semana Santa processions in Spain or painting eggs in Scandinavia. We've put together many of the leading festivals and events around the world, plus seasonal recommendations, highlighting where is good to travel and when during April and May. 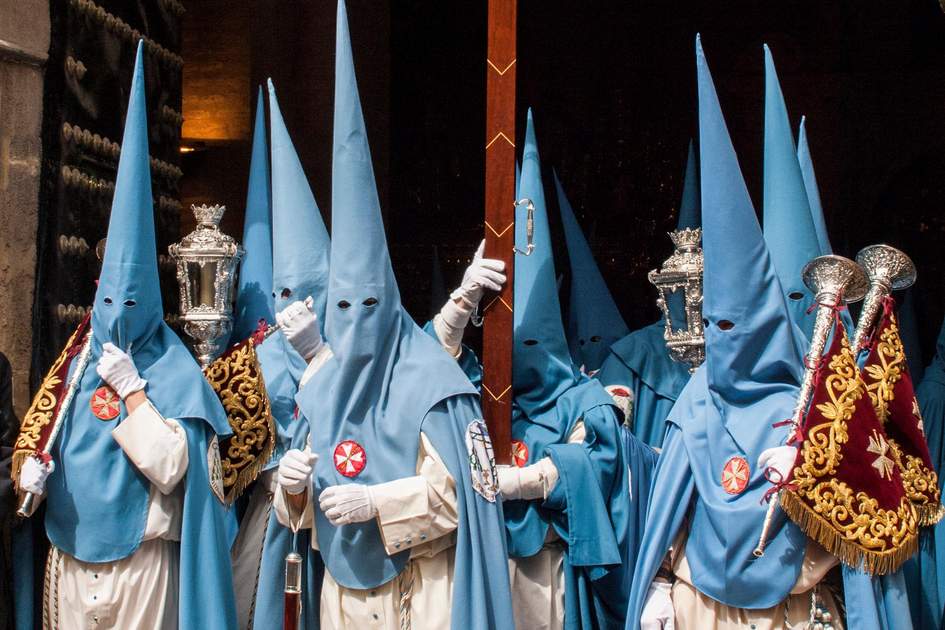 Thinking about where to travel in April or May? With a range of Easter events, the spring season bringing new life, and cherry blossom carpeting destinations from Japan to New York City's parks, here is our guide to must-see seasonal destinations, events and activities around the globe.

The northern hemisphere's springtime is a wonderful season to visit many European cities. The weather in continental Europe should be warm in April and May, without being exhaustingly hot, and the days should be dry and increasingly long. If you can avoid travelling over the Easter holidays (Easter Sunday falls on 21 April in 2019), fares should be cheaper and destinations less crowded. Visiting Florence at this time is a good option, when the weather is mild and there are fewer tourists; enjoy the best of the city on Insight Guides' Florence: A Trip Back in Time trip.

And, although the weather can't be guaranteed, the clocks went forward by one hour on 31 March 2019 in the UK for British Summer Time, meaning that there's more daylight time for exploring. 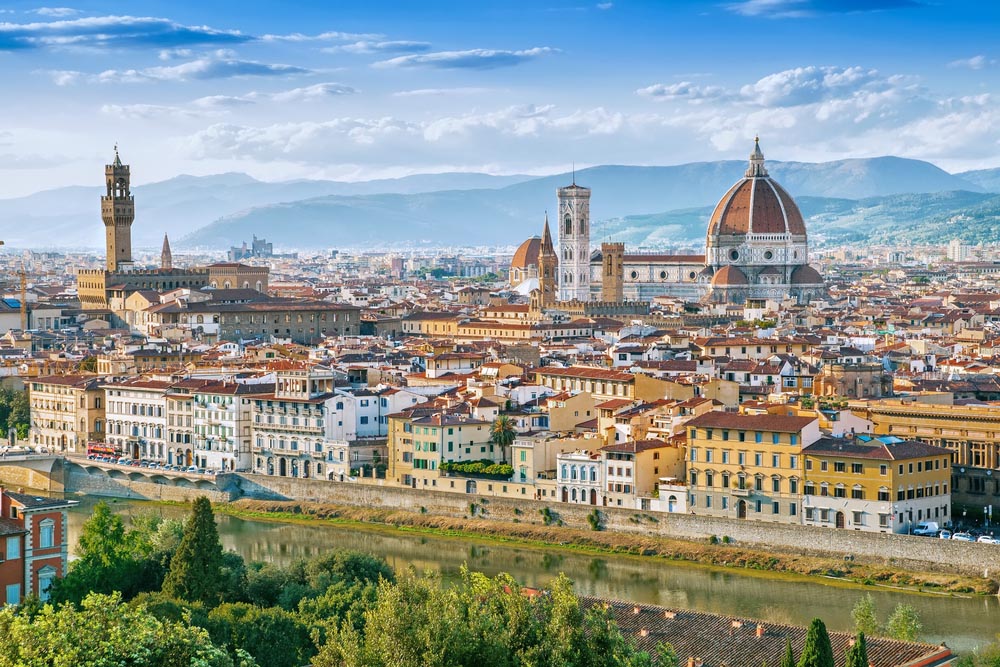 Easter Sunday falls on 21 April this year. For spectacular festivities, consider visiting Spain for Semana Santa (Holy Week – the week from Palm Sunday, which is one week prior to Easter, to Easter Sunday itself), where you'll see huge processions through city streets accompanying floats carrying huge religious sculptures of scenes from the Passion or of the Virgin Mary. The processions in Seville are among the most elaborate in Spain. Insight Guides' Simply Seville trip offers the opportunity to enjoy the culture, cuisine and even a spot of flamenco dancing alongside the Easter festivities.

Italy also plays host to some impressive Passion plays and processions in the run up to Easter and over the Easter weekend itself. Enjoy the season in Italy as part of Insight Guides' Wonders of Rome and the Amalfi Coast trip.

Easter celebrations also figure highly in the Catholic countries of Central and South America. For example, in Guatemala's Antigua (a city packed with colonial Baroque churches), Semana Santa sees costumed processions parade through the central streets, which are carpeted with colourfully dyed sawdust laid out in patterns.

If you head North at Easter, to the countries of Scandinavia, you are likely to encounter the tradition of egg painting. Originally, Easter eggs were simply painted hard-boiled eggs – which were a celebrated luxury. Eggs are still painted using watercolours and other paints, or are dipped in dyes. Additionally, many children dress up as Easter witches, going from house to house with paintings and drawings, hoping to receive sweets in return.

3. European events in April and May

Major events and festivals in Europe during April and May include Prague Spring International Music Festival (12 May – 4 June 2019), the glitzy Cannes Film Festival (14–25 May 2019) and the Monaco Grand Prix (23–26 May 2019). Additionally, Madrid's San Isidro Festival (10–14 May 2019) sees five days of celebrations, events and music in the run up to the city's patron saint's day, as well as marking the start of Madrid's bullfighting season.

Late March to early May is cherry-blossom (sakura) season in Japan. Each year, in an efficient manner, the Japan Tourist Office predicts the dates when the cherry trees will come into bloom, and it's a matter of national pride that the estimated dates are as close to the mark as possible.

The detailed 2019 cherry-blossom predictions have been released, and the JTO has indicated that the cherry trees are expected to blossom in late March through to early May – as usual – with April and May being the optimum time to see the phenomena in some of Japan's major cities. 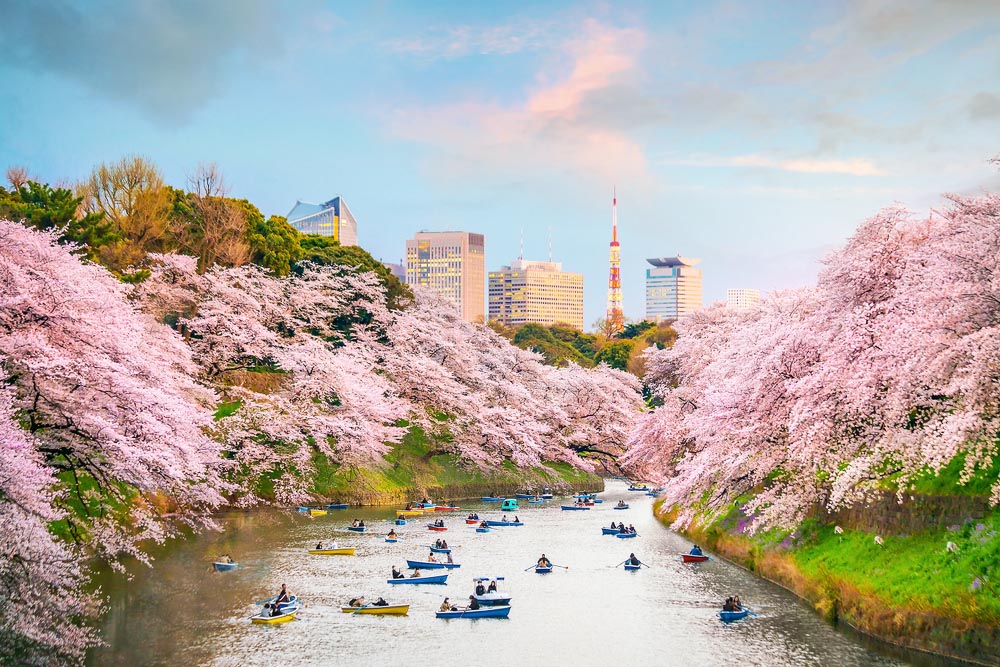 Additionally, April is a good time to visit the Asian countries of Nepal, Malaysia and Vietnam. Consider trekking in the Himalayas in Nepal as part of Insight Guides' A Taste of Annapurna trip, relax on a white-sand beach on our Indulgent Malaysia trip, or tickle your tastebuds on our Vietnam Culinary Discovery trip.

Both April and May are great months to visit China, especially its super-cities of Beijing and Shanghai, since they tend not to be quite as hot and busy in spring (and autumn) as during the summer. Insight Guides' Best of China trip features 11 days in China, including time in both Beijing and Shanghai. 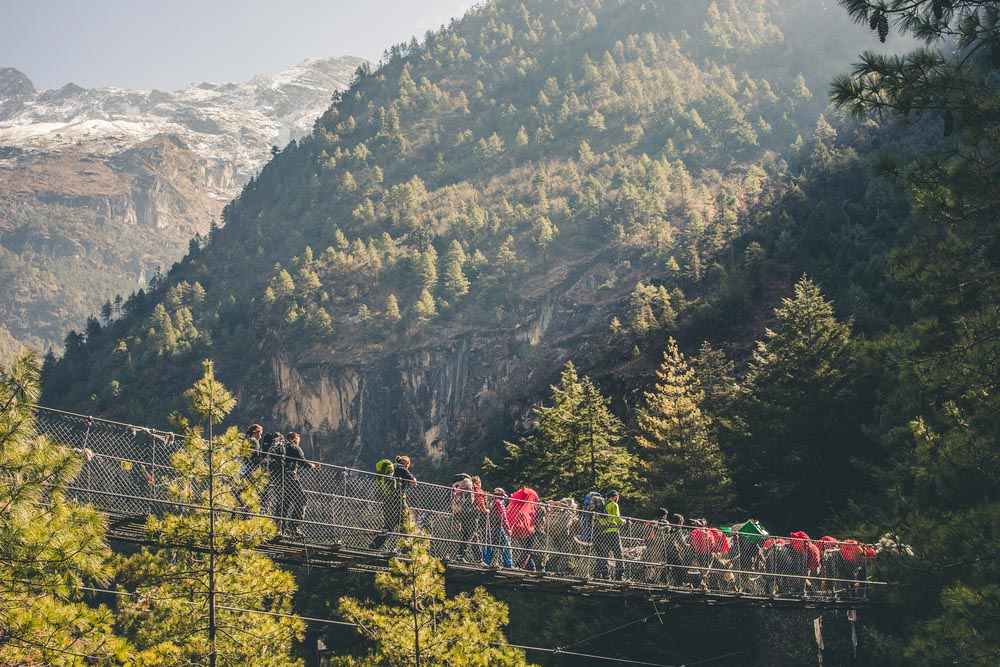 If it's skiing you're after, the snow generally lasts until April or even May in the mountains in Canada. And for 5 days in April (10–14 April 2019), Whistler, British Columbia, hosts the World Ski and Snowboard Festival, North America’s largest annual snow sports and music celebration. The event involves serious skiing and snowboarding competitions, plus films, music, and nightly parties. Come May, though, the Canadians are celebrating the arrival of spring, with festivals dedicated to apple blossom and tulips. May is also the start of Stratford, Ontario's Stratford Shakespeare Festival, a six-month season of the Bard's plays, a variety of musicals, and contemporary classics shown across stages in several different theatres.

7. Springtime in the USA

In the USA, spring – along with autumn – makes for top sightseeing in New York City, when the spectacular avenues of cherry blossom in Brooklyn's Prospect Park give their global competitors a run for their money. At this time of year, it's pleasantly warm for sightseeing too, without being overly hot or, usually, overly crowded. Festivals of note in the USA at this time of the year include, around the last weekend of April and first weekend of May, the New Orleans Jazz & Heritage Festival (25 April–5 May 2019) involving dozens of outdoor performances of jazz, blues and Cajun music. 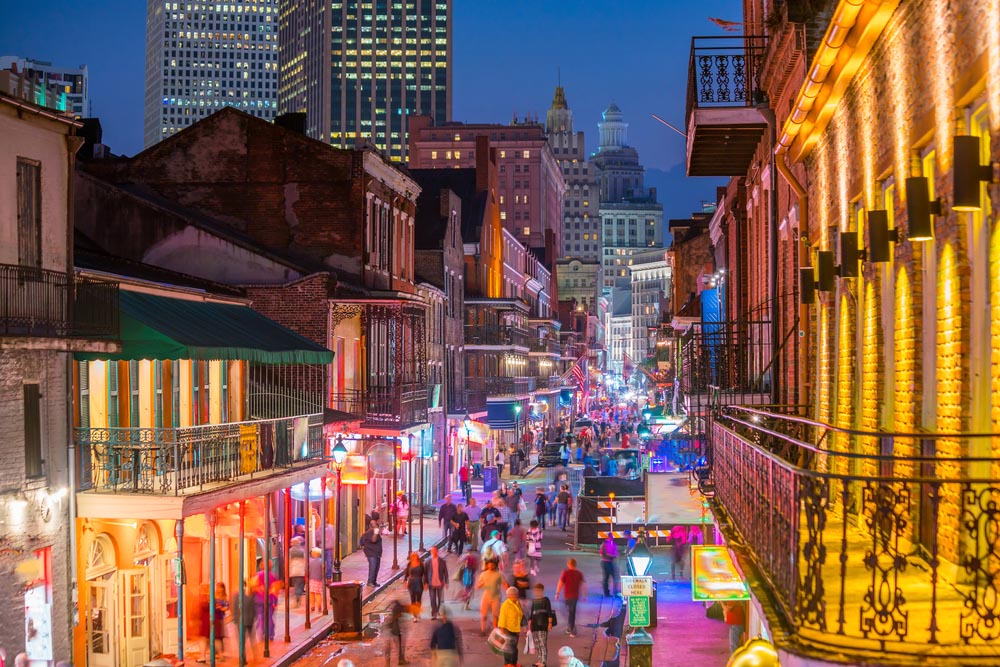 In the Pacific, April and May (autumn in the southern hemisphere) are top months to visit Australia, when warm sunshine, clear skies and cool nights contrast with typically grey winters and the oppressive heat of summer. Key events held in Australia during the autumn include the Tasting Australia food festival (5–14 April 2019) in Adelaide, the Sydney Royal Easter Show (12–23 April 2019) and Melbourne International Jazz Festival (31 May–9 June 2019).

Ready to take a trip in April or May?

Insight Guides can help you organise and book tailor-made trips to destinations around the world. Simply get in touch letting us know your ideas for the trip and when you would like to travel. We will then prepare a personalised itinerary especially, which you can amend until you’re completely happy with every detail before booking.