Who was Alexander von Humboldt? 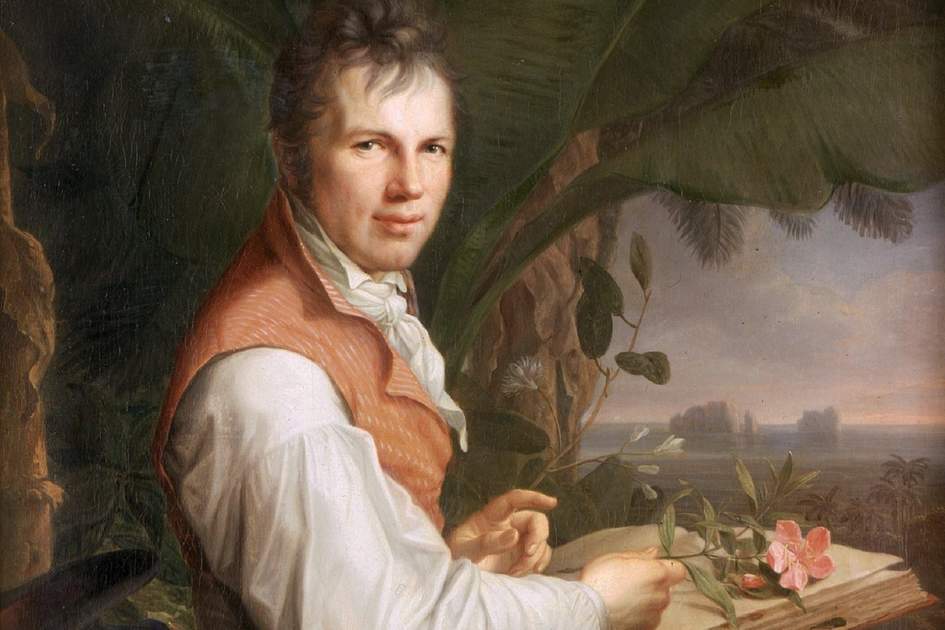 The revolutionary leader Simón Bolívar described Humboldt as “the true discoverer of America, because his work has produced more benefit to our people than all the conquistadors.” Praise indeed from the liberator of the Americas. But how did this wealthy Prussian mineralogist come to play such a vital role in the history of the continent?

Humboldt was born in Berlin in 1769. As a young man he studied botany, chemistry, astronomy, and mineralogy, and travelled with Georg Forster, who had accompanied Captain James Cook on his second world voyage. At the age of 27 he received a legacy large enough to finance a scientific expedition, and made such an impression on Charles IV of Spain that he received special permission to travel to South America.

With his companion Aimé Bonpland, Humboldt set off for Caracas in November 1799. During their five-year expedition the two men covered some 9,600km (6,000 miles) on foot, horseback, and by canoe; suffered from malaria; and were reduced to a diet of ground cacao beans when damp and insects destroyed their supplies. Following the course of the Orinoco and Casiquiare rivers, they established that the Casiquiare channel linked the Orinoco and the Amazon.

In 1802 they reached Quito, where Humboldt climbed Chimborazo, failing to attain the summit but setting a world record (unbroken for 30 years) by reaching almost 6,000 meters (19,500ft). He coined the name “Avenue of the Volcanoes” and, after suffering from altitude sickness, was the first to realize its connection with a lack of oxygen. Between ascents he studied the role of eruptive forces in the development of the earth’s crust, establishing that Latin America was not, as had been believed, a geologically young country.

A man of many interests

While in Ecuador, Humboldt began assembling notes for his Essays on the Geography of Plants, pioneering investigations into the relationship between a region’s geography and its flora and fauna. He claimed another first by listing many of the indigenous, pre-conquest species; and he was responsible for the birth of the guano industry, after he sent samples of the substance back to Europe for analysis.

Humboldt’s contributions seem endless: off the west coast he studied the oceanic current, which was named after him; his work on isotherms and isobars laid the foundation for the science of climatology; he invented the term “magnetic storms,” and as a result of his interest the Royal Society in London promoted the establishment of observatories, which led to the correlation of such storms with sunspot activity.

He was also deeply interested in social and economic issues and was adamantly opposed to slavery, which he considered “the greatest evil that afflicts human nature.” Goethe, a close friend, found him “exceedingly interesting and stimulating,” a man who “overwhelms one with intellectual treasure”; while Charles Darwin had been inspired by Humboldt’s earlier journey to Tenerife, in the Canary Islands, and his description of the volcanic Pico de Teide and the dragon tree. Darwin respectfully described him as “the parent of a grand progeny of scientific travellers.”