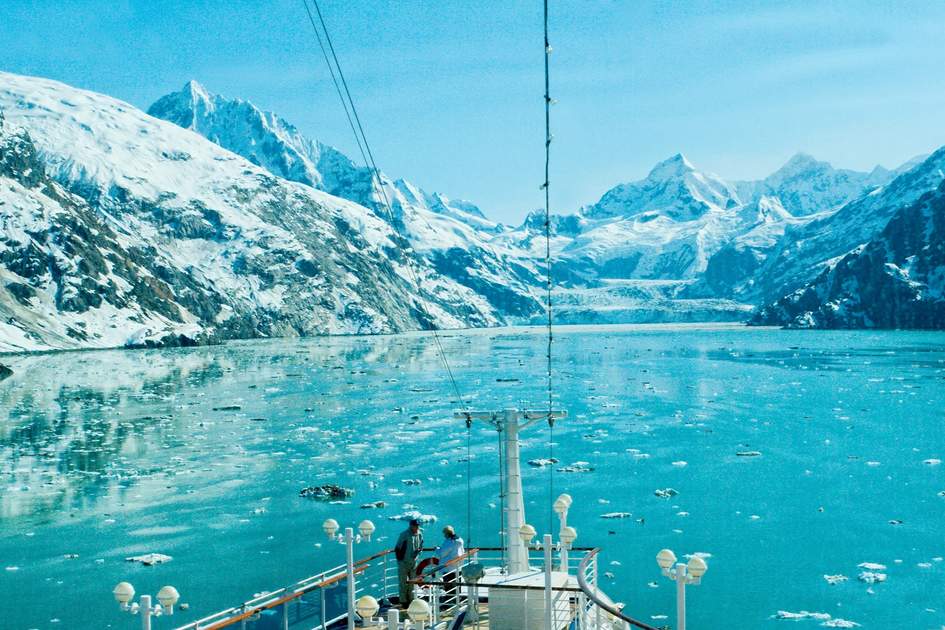 View of Glacier Bay from a Cruise Ship in Alaska. Photo: Shutterstock

Winter is Alaska’s longest season, and its quietest – at least from a tourism perspective. Most visitors explore the state between the end of May and the beginning of September, when daylight hours are long and temperatures are warm. (Although in some parts, "warm" may mean only 50°F (10°C). By mid-September, most tourists have gone south with the waterfowl while locals have begun preparing for the winter, which in most of the state lasts seven or eight months. Yet Alaska is not a frozen wasteland, and its residents certainly do not go into hibernation.

The depths of winter can actually be a great time to explore a wintry world that most tourists never get to see. If you're looking to plan a unique winter getaway, you may want to consider Alaska.

As you might expect, Alaska’s Interior and Arctic regions experience the biggest blasts of icy weather. Temperatures typically bottom out in February, which has average daily lows of –25°F (–32°C) and highs of –12°F (–24°C). But perhaps the most noteworthy detail is the surreal polar night. Since setting in Barrow, Alaska back in November, the sun will stay out of sight until January 23!

By comparison, Anchorage is downright bright and balmy. The city’s shortest day (the winter solstice, December 22) brings a little over five hours of daylight. Its coldest month, December, has average daily highs and lows of 20° and 6°F (–7° and –15°C). Even more moderate conditions are experienced in Southeast Alaska. Ketchikan, near the Panhandle’s southern tip, sees roughly seven hours of daylight on the winter solstice. Even its coldest month, January, averages above-freezing temperatures of 34°F (1°C).

But don't let the cold weather deter you; there are actually plenty of ways to have wintery fun in Alaska.

The long, polar night makes for the best time of year to catch the astounding northern lights. Fairbanks is one of the most ideal destinations in the world for seeing the aurora borealis . Experts say that if you visit there for three nights, you'll have an 80 percent chance of seeing it. The Chena Hot Springs Resort makes for a dreamy locale.

When the sun makes its return in January, Alaska.org also recommends snowmobiling, ice skating, dog mushing and skiing. In other words, Alaska is loaded with witner attractions!

Festivals to warm the spirit

Many communities host festivals to chase away winter doldrums. In December, there’s the Barrow Christmas Games. Things begin to pick up in February, with the Anchorage Fur Rendezvous, the Cordova Ice Worm Festival and the Sitka Jazz Festival. February also brings the Fairbanks Winter Carnival.