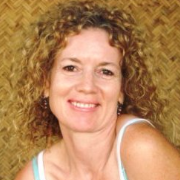 10 of the best things to do in Bhutan

A remote, all-Buddhist Kingdom, landlocked in the eastern Himalayas between Tibet (China) and India, for seasoned travellers, Bhutan is the hot new destination and closest thing to the “Last Shangri-La on earth.” 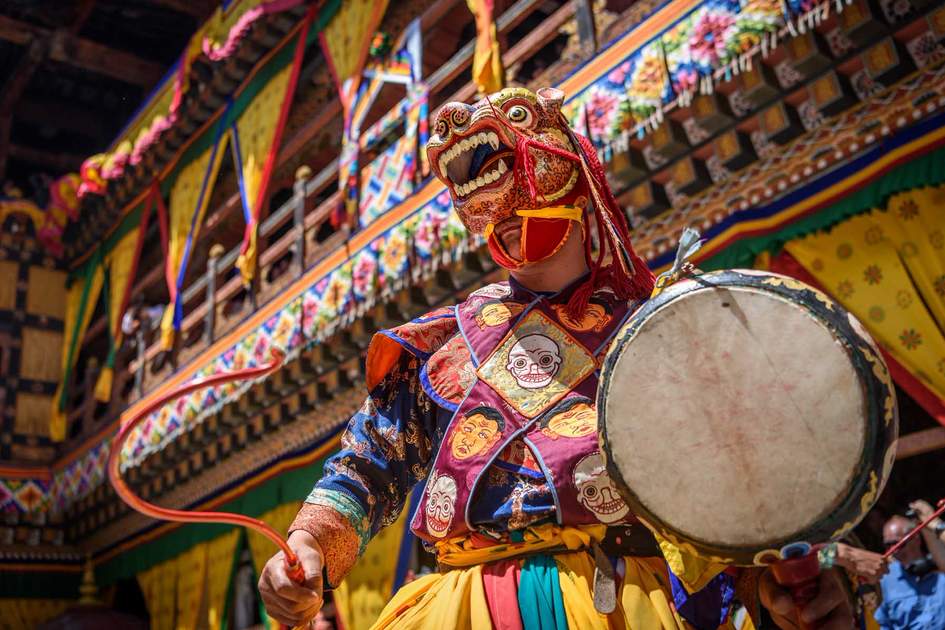 Steeped in mysterious history and legends, only opening-up to the outside world in the 1950s, this Land of the Thunder Dragon emanates an endearing innocence and other-worldly charm, beautifully preserving its unique cultural heritage and age-old Buddhist traditions and rituals – still permeating all aspects of daily life. Yet Bhutan has enthusiastically embraced modern and global developments; in this, the world’s youngest democracy, expect quirky humour, Internet-obsessed locals (including the monks) and the strictest environmentally-committed practices on the planet. In no particular order, here are ten top things to do and experience while in Bhutan.

Get to know your Dzongs

Get familiar with the word ‘Dzong,’ as you’ll encounter at least one while here:  seventeenth century fortresses built across Bhutan, nowadays doubling as religious, administrative, military and social centres in their region – invariably, well-preserved architectural masterpieces and home to Buddhist monks and priceless relics. Bhutan’s second oldest, second largest and most majestic Dzong stands on the confluence of two rivers in Punakha’s idyllic valley, accessed by a wooden cantilever bridge. Discover Punakha Valley with Insight Guides' Bhutan's Mountains and Monasteries tour. Highlights include a vast Coronation Hall where every Bhutanese King is crowned, stunning art murals and succession of tranquil courtyards revealing exquisite carved woodwork and inner temples.

Bhutan’s national sport is traditional archery (Dha), played during festivals, tournaments and religious celebrations; however, most Bhutanese men engage in Dha at weekends for sociable get-togethers and good-natured competitiveness.  While in the capital, Thimphu, head to Changlimithang Archery Ground, where you’ll find Bhutan’s royals and locals alike taking aim – even Britain’s Duke and Duchess of Cambridge tried their hand during a 2016 Royal Tour. Different from mainstream archery, archers use larger, thicker bows and arrows and shoot from great distances; target boards are placed at either end of the field, with play alternating between the two. 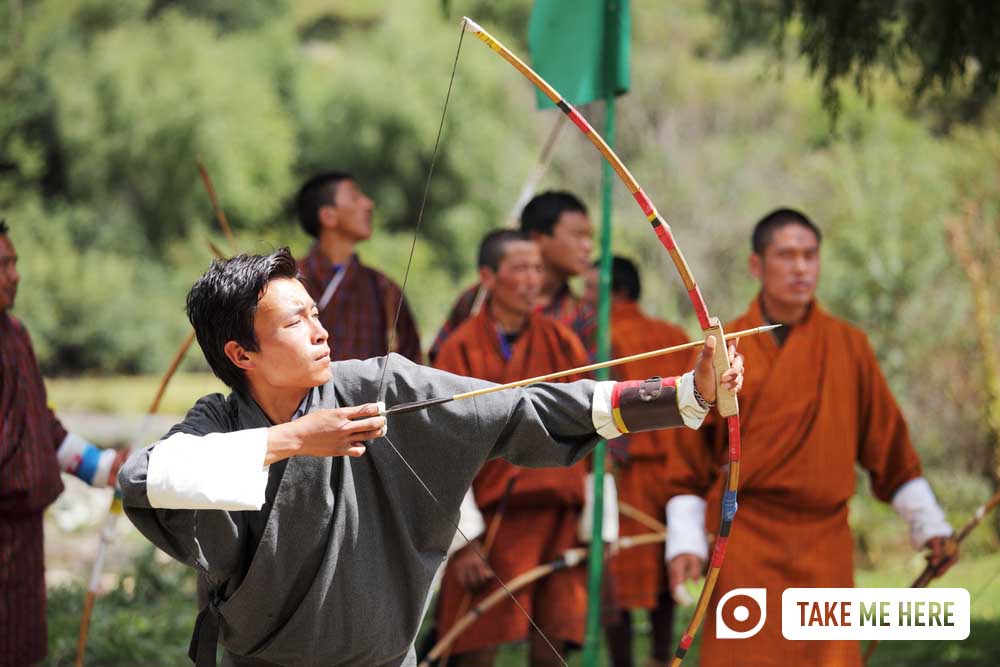 Bhutanese men compete in the national sport of archery at a festival. Photo: Shutterstock

Among Bhutan’s stacks of ancient Buddhist temples, the most intriguing is fifteenth-century Chhimi Lhakhang, Aka, Fertility Temple, accessed by hiking through verdant rice fields in Lobesa Valley, near Punakha, which you can explore, with Insight Guides' Bhutan's Mountains and Monasteries tour. Built to honour an infamous Divine Madman, couple’s having difficulty conceiving flock to this temple for a ritualistic blessing by resident monks – many, miraculously succeeding, returning with their newborn to be blessed. The temple’s ancient fertility theme extends to the surrounding hamlet, with the walls of Alpine-style stone houses painted with lurid pink, giant phalluses – ancient fertility symbols and for warding off evil spirits.

Ascend to the Tiger’s Nest

Jaw-dropping Tiger’s Nest Monastery – Aka Taktsang Lhakhang – is Bhutan’s number one, must-do attraction: the Kingdom’s most iconic landmark, most sacred and spiritual site, one of the Himalaya’s most venerated Buddhist monuments – and ultimate selfie spot. Take in the splendour as part of any Insight Guides' trip to Bhutan. Precariously anchored on flat rocks on a sheer cliff face, 900-metres above Paro Valley and resembling something from a fairy-tale, this gravity-defying, monastic complex is reached by an epic two to four-hour hike through pine forests and up endless stone steps. If lucky, your arrival may coincide with a mesmerising monk’s prayer service in the main temple. 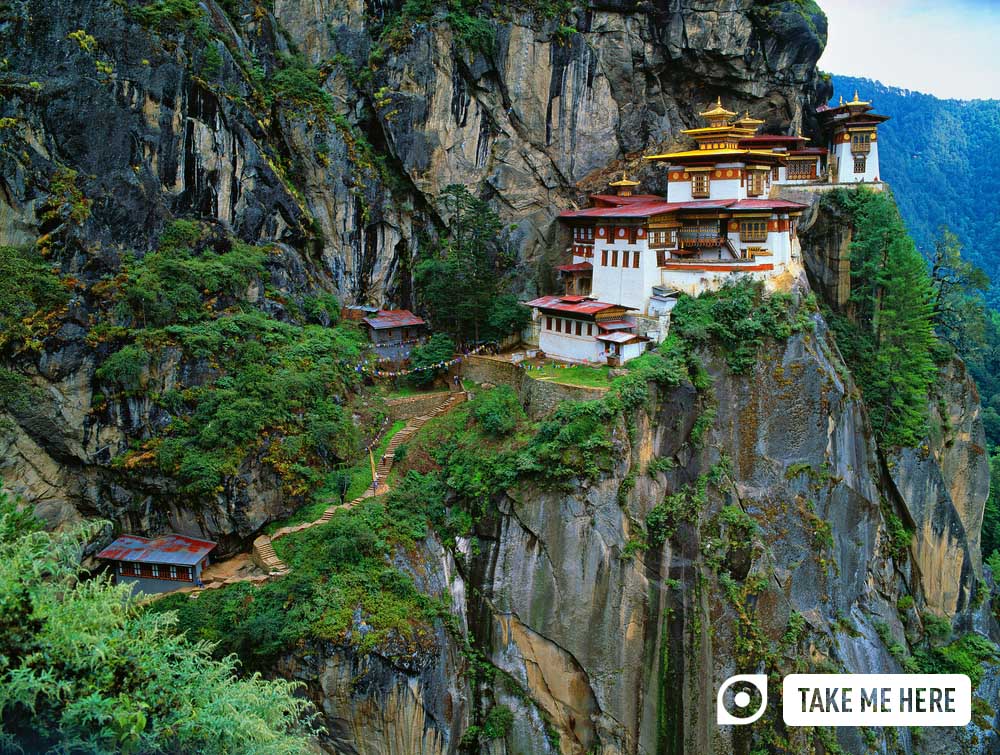 Culture-vultures should fly to the remote central region and Bumthang, Bhutan’s most historical district and spiritual heartland, home to around 29 Buddhist temples and monasteries – some of the Kingdom’s most venerated and ancient and repository of sacred artefacts. Don’t miss Jambey Lhakhang, Bhutan’s oldest temple built by a Tibetan King in the seventh-century, Tamshing Monastery, Kurjey Lhakhang, one of Bhutan’s most auspicious sites and Wangdicholing, the royal summer palace of Bhutan’s first two kings. With all this, plus hiking through Bumthang’s four farming valleys, plan for several days, in what is affectionately dubbed the ‘Switzerland of Bhutan.’

For centuries, Buddhist prayer flags have played a significant part in Bhutanese rituals, hoisted on hilltops, bridges and places of spiritual importance in return for long life, prosperity, good luck and essential karmic merit.  The higher, the better: why hundreds of multi-coloured prayer flags hang at Chelela Pass, at 3,988-metres, Bhutan’s highest road pass, encircled by a never-ending mountain panorama.  At Chelela’s highest and most sacred spot – desolate, tree-less hills – attach your prayer flags to makeshift poles, say a prayer and make a wish (or two). Left fluttering in relentless winds, eventually these are pulled down and burnt, making way for new prayer flags.

Watch the birdies in Gangtey

One of the Himalayas most spectacular glacial valleys, isolated Phobjikha Valley, elevated at 3,000-metres, is home to Gangtey Village, boasting a revered seventeenth-century monastery and one of Bhutan’s most important wildlife reserves and conservation areas. Inhabitants not only include Himalayan black bears and leopards, but during this region’s bone-chilling winter months, around 400 rare and highly endangered Black-necked Cranes. These magnificent birds fly-in from the Tibetan plateau to roost in the valley from late October onwards and then fly-off again before springtime – a centuries-old nature ritual. 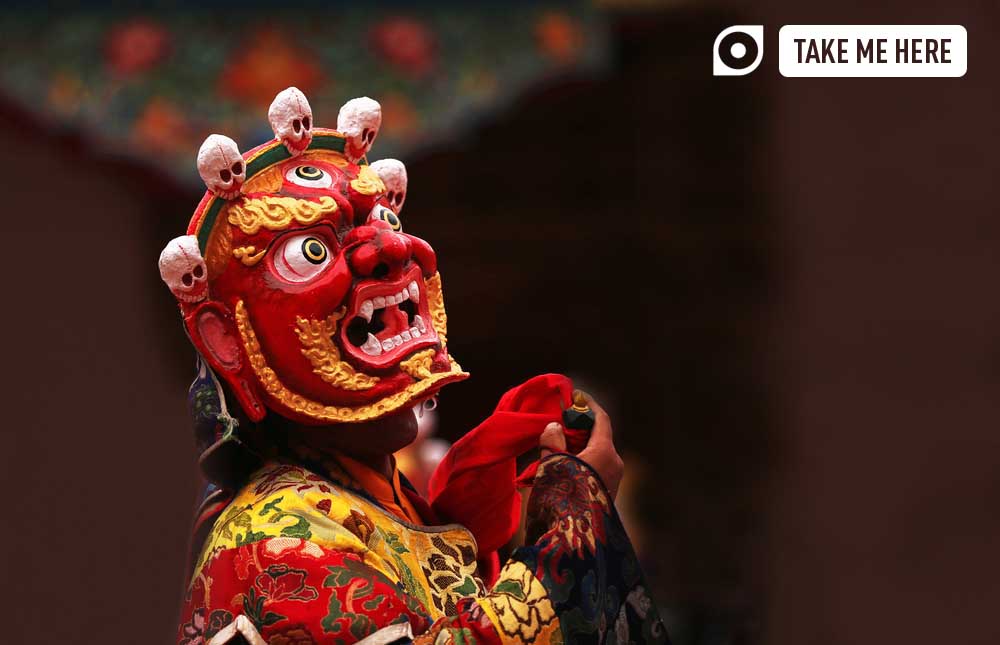 Tschechus are mystical, colourful festivals held throughout the year and Kingdom, invariably in a Dzong or monastery, celebrating Bhutan’s ancient culture and Buddhism. Performed by monks and locals as masked dances, accompanied by folk songs and other customs, entire communities gather to watch these joyous, entertaining and auspicious social occasions. Each regional Tschechu is held on special dates calculated according to the Bhutanese Lunar calendar and last for days.  Time your trip to coincide with some of the most popular, including Paro (March/April), Thimpu (September/ October), plus Gangtey’s Black-necked Crane celebrations and Bumthang’s masked and naked bonfire dance – both held in November. Attend a colourful Bhutanese festival as part of any Insight Guides' trip to Bhutan, just make sure you tell your local expert when you enquire!

Not only does Bhutan offer diverse, naturally stunning topography, but trekking routes are mainly a deserted wilderness experience (unlike crowded alternatives elsewhere in Asia).  Serious adventurers should head to the spectacular mountainous north and one of the planet’s remotest places, scant on tourists or population – save for nomadic yak herders and rare blue sheep. The most popular trekking option is Jhomolhari Trek, a challenging and historic 50-mile winding route amongst snow-capped Himalayan peaks, reaching altitudes of 5,000-metres and camping at the base of Mount Jhomolhari, Bhutan’s highest peak, at 7,314-metres. 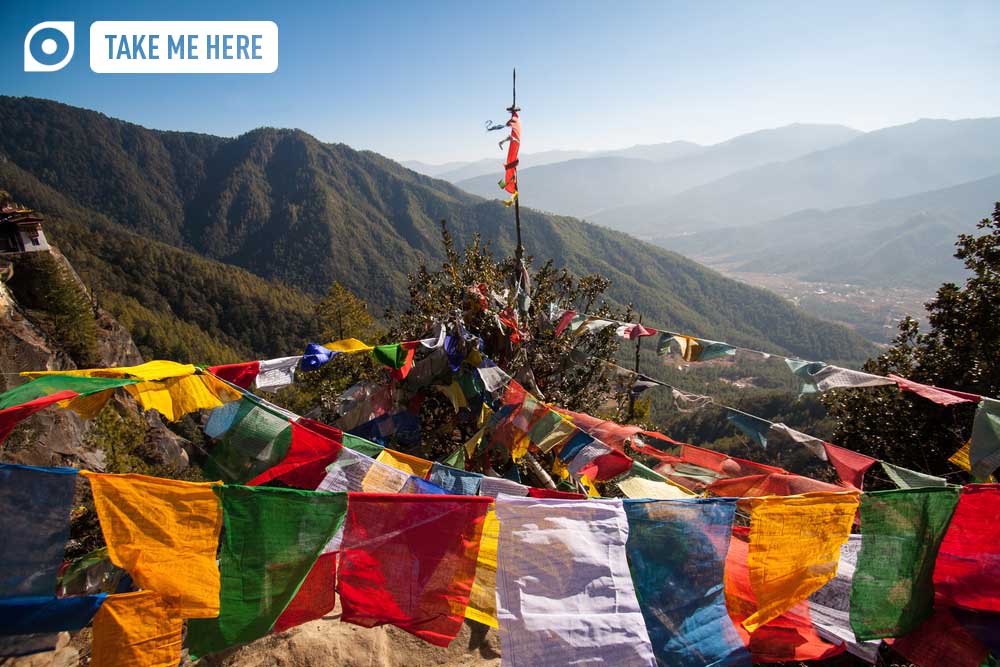 Soak in a hot stone bath

After all that trekking and sightseeing, recover the Bhutanese way with a traditional hot stone bath therapy, Dotsho: a wooden tub filled with pure spring water infused with native medicinal herbs and large river stones, heated to fire-hot temperatures that crack and steam upon impact, releasing mega-beneficial minerals to help loosen joints, soothe muscle tensions and invoke deep relaxation. Available at many hotel spas, this therapy is best experienced at a family farmhouse in Paro’s bucolic valley, soaking outdoors in a rustic shed amongst fruit orchards, and the stones fired-up on a nearby open bonfire. Explore Paro with Insight Guides' Bhutan's Mountains and Monasteries tour.

Alternatively, submit a trip request and we'll plan your trip from start to finish

Take us with you on your tour: pick up a copy of Insight Guides: Bhutan

I can only give praise for the service we received during our private tour by car of northern India. Irrespective of the time (sometimes very early in the morning) the driver and a guide were awaiting us with a roomy, clean car. The choice of hotels was generally very good, except one. It can happen. And we took it with a smile considering our overall favourable experience. I can only recommend this company for all it did to make our trip a success.

Your local travel organizer for Bhutan