Looking for inspiration on where to head to this spring? Check out our selection of the top places to visit in Europe during this rejuvenating season, from chic Hvar in Croatia to seductive Seville and the timeless Italian lakes. Here is our guide to places to go to in Europe this spring. 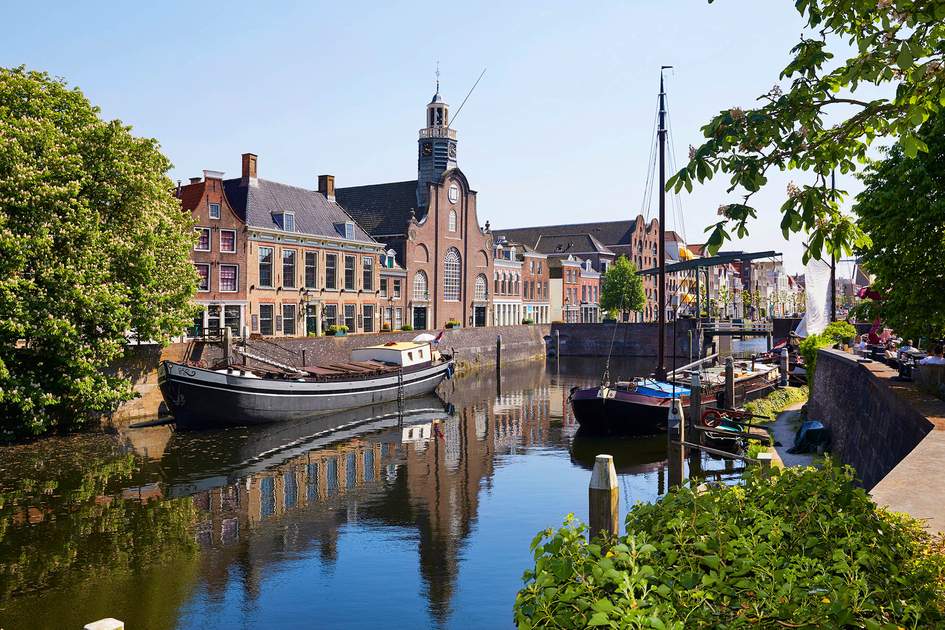 10 best places to go in Europe this spring

Set among the southern foothills of the Alps, the Italian Lakes extend over four different regions of northwest Italy: Piedmont, Lombardy, Trentino and the Veneto. The most famous trio are stately Maggiore, where snowcapped peaks form a dramatic backdrop to the enchanting Borromeo Islands; beguiling Como, where mountains plunge into the deep waters and charming villages cling to the slopes; and vast, diverse Garda, similar to a fjord at its northern end and resembling a sea to the south. In addition, there are also a number of smaller, peaceful lakes dotted among the valleys to explore on spring vacations. 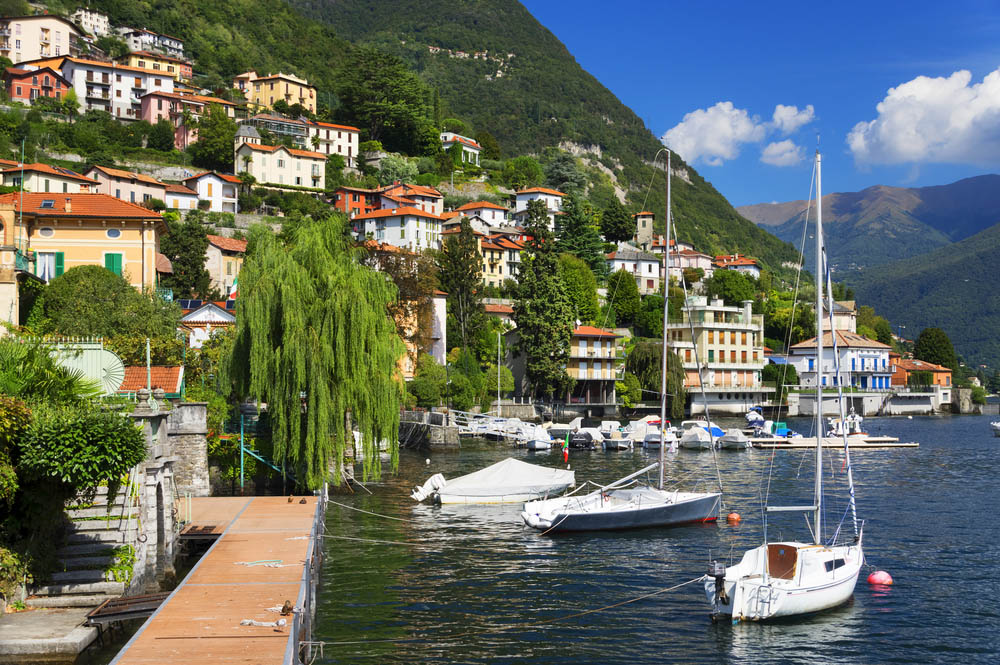 Croatia’s island-peppered coastline lapped by the clear blue Adriatic Sea reveals the cultural legacy of the Venetians and – more recently – the Italians. From Rijeka in the north to Dubrovnik in the south, you can discover bewildering diversity amid a pleasant Mediterranean climate. Explore historic cultural sites in Split, the former summer residence of Emperor Diocletian, who built the expansive citadel palace complex at its heart in the 4th century.

You can visit mountain villages on the rugged island of Brac, discover pristine beaches and the graceful Old Town on Hvar and walk the walls and ramparts of the fortified city of Dubrovnik. The Adriatic coast is a dream for sailors, where the multitude of islands form an enchanting backdrop on spring breaks.

Discover the region for yourself on Insight Guides’ Sailing Croatia’s Adriatic Coast trip. 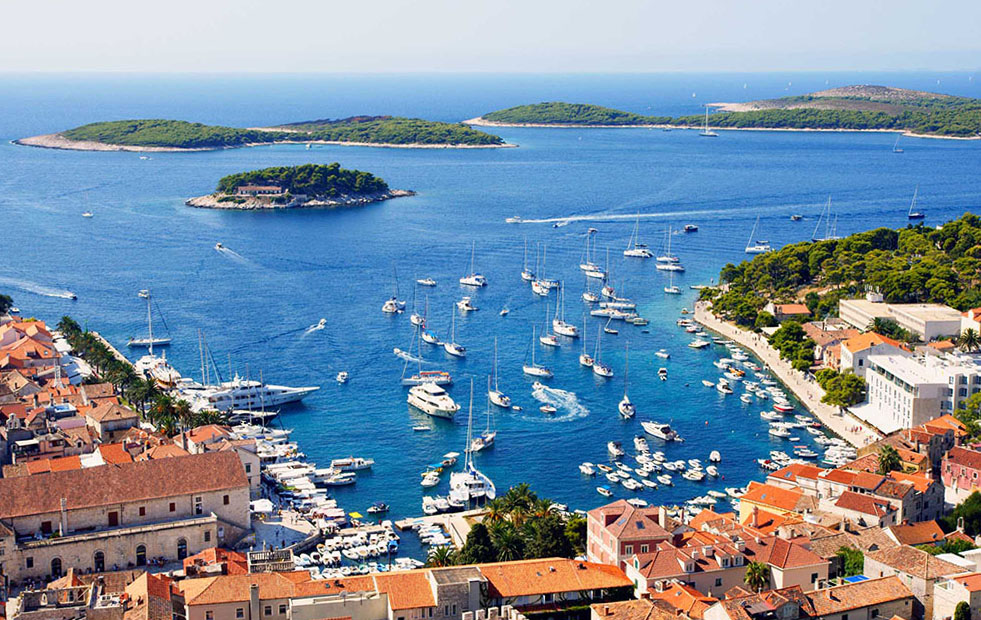 3. Athens and the Peloponnese, Greece

Ancient world city and the cradle of Western civilization, the Greek capital Athens overflows with majestic sights. Visits to the city’s superb museums reveal the numerous transformations over the course of multiple chapters of its history detailed through their exhibits. Late April through June is the best time to visit Greece and its capital – some of the best places to go in Europe in spring. Mild to warm temperatures and sunny days make for a pleasant climate in which to discover the country’s delights.

The ruined temple complex of the Acropolis atop a sheer-sided rock 90 meters above Athens is a highlight of the city that still embodies the essence of classical Greek architecture. At its foot, the gleaming contemporary Acropolis Museum makes clever use of natural lighting to showcase exquisitely displayed exhibits including reconstructions, friezes, and authentic archaeological fragments. Other collections not to be missed include those of the Benaki and National Archaeological museums.

Discover highlights of the capital complemented by the nation’s heady mix of Aegean light, sea and ancient sites on Insight Guides’ Cultural and Natural Sites of Athens and the Peloponnese trip. 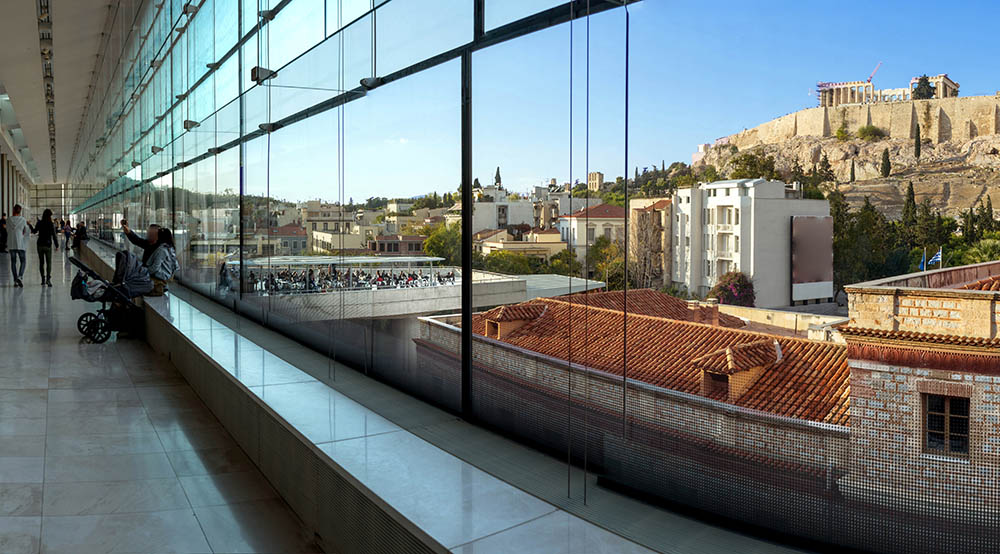 The Spanish city of Seville isn't just about oranges, flamenco and bullfighting. The atmospheric capital of Andalucia, set on the banks of the River Guadalquivir, is of major historical importance. It is home to Europe's oldest royal palace still in daily use, the Alcazar, as well as the the largest Gothic cathedral in the world. Enjoy a tapas crawl through the old Jewish quarter of Barrio Santa Cruz. Take in panoramic views of the city from the top of the Torre de los Perdigones, and experience Seville's sultry nightlife. Seville's fabulous Feria de Abril (Spring Fair) takes place every year in April/May (25 April–2 May, 2020). 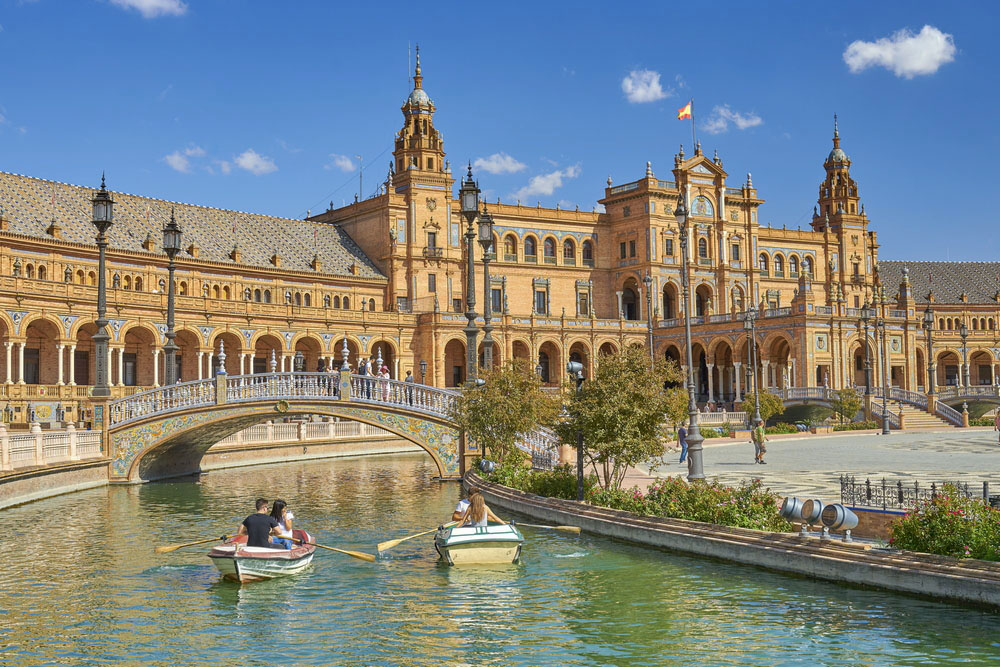 As Amsterdam and visitors to the Dutch capital suffer as a result of overtourism, embrace responsible travel by visiting an alternative destination in the Netherlands – Rotterdam. The city’s dynamic modern skyline encompasses an extraordinary diversity of architecture, from the unique cubic houses at Blaakse Bos to the huge horseshoe-shaped market hall, with its mural of oversized fruits and vegetables, and the canary-yellow Luchtsingel elevated walkway. Head up the Euromast tower, the tallest building in the Netherlands, for a fantastic overview of the city and its waterfront.

Holland’s second city is also the largest port in Europe. However, the port activities hardly impinge on Rotterdam, which is unexpectedly quiet and attractive. The best-known of its museums, the grand Boijmans van Beuningen Museum, is currently under renovation with parts of its collection on display at venues around the city. But other world-class institutions not to be missed include the Kunsthal contemporary art gallery and the striking Het Nieuwe Instituut which focuses on innovative architectural, design and e-culture exhibits. To see how the port goes about its daily business, board a supertanker-dodging Spido craft for a fascinating tour of Rotterdam's wharfs, quays, docks and silos. When you’re done, head to the former 1950s cruise liner SS Rotterdam to enjoy a springtime drink on its elegant poolside terrace. 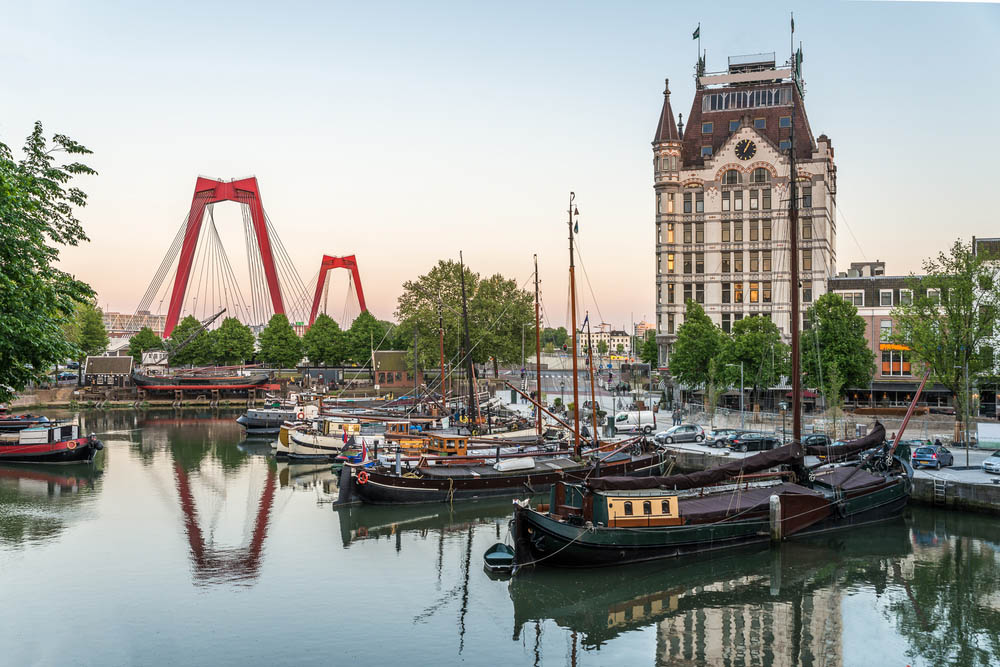 Iceland is famed for its untamed landscapes and breathtaking natural wonders. April is the last month of winter in Iceland, when the dancing, flickering Northern Lights are still potentially visible. The month of May is spring in Iceland, and a great time to visit the country before the summer season begins in June. The remote West Fjords region has deserted areas that create natural reserves of a beauty and fertility unknown elsewhere in the country. The area is home to some of Iceland’s most stunning fjords and offers exceptional hiking through uninhabited expanses, while its soaring cliffs are home to literally millions of breeding seabirds.

Explore otherworldly landscapes in Isafjardardjup Bay, hike through magnificent mountain scenery past waterfalls at Isafjordur, and see wildlife including seals and whales at Latrabjarg and Snaefellsnes, all as part of Insight Guides’ Iceland’s Wild West trip. 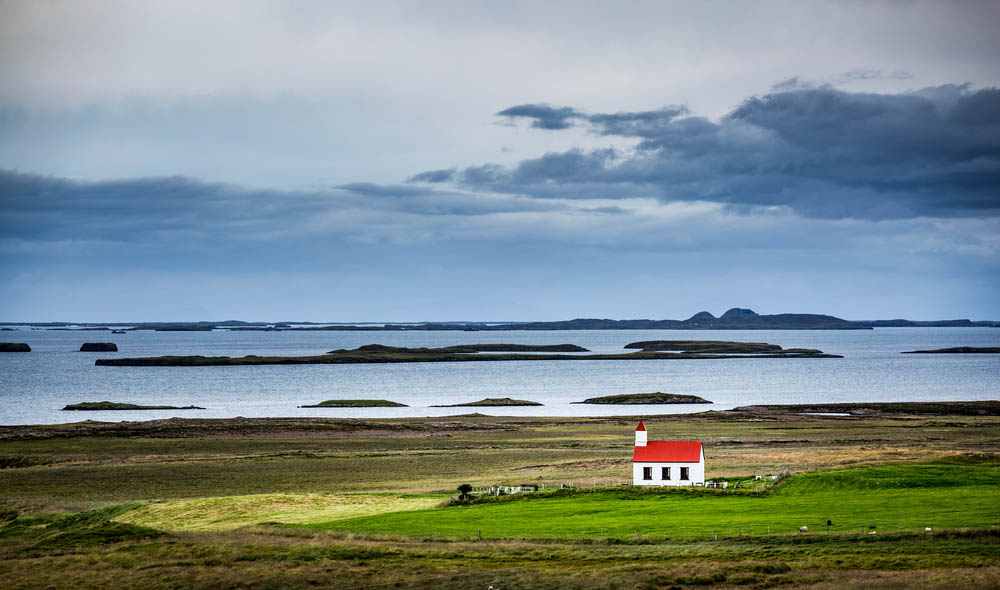 Known for its diverse landscapes, Provence in southeastern France is home to the flat expanses of the Camargue plains, lavender fields, lush vineyards, olive groves and pine forests. And the region’s Mediterranean climate enhances its beach resorts, hill villages and vibrant cities with frequent sunny days during the springtime. Explore the medieval ramparts and vaulted halls of the monumental Palais des Papes in Avignon and browse the treasure trove of local produce at the city’s street market. Visit quintessential walled villages like Gordes and Ménerbes, perched on wooded hilltops in the Luberon mountains before heading down to the Côte d'Azur to savor days in the glamorous coastal towns of Cannes and Saint-Tropez along the sparkling French Riviera. 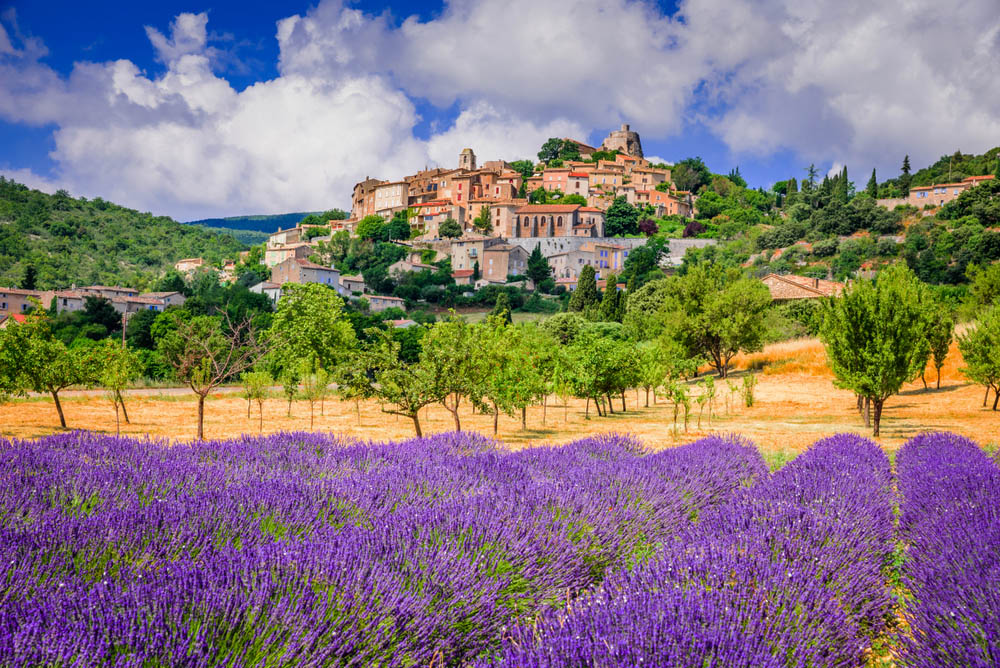 March brings the thaw in Poland and by May the country is enjoying delightful springtime weather. Head to the south of the nation to visit the immensely beautiful city of Kraków bathed in sunshine. Formerly Poland’s capital, local residents continue to think of their city as Poland’s cultural and intellectual hub. The city’s pedestrianized Old Town is a maze of narrow cobbled streets leading off from the medieval market square lined with elaborate churches, grand burghers’ houses and palaces.

Built on a hill rising above the River Wistula, iconic Wavel Castle towers over Kraków. Formerly the seat of power of Polish kings, it continues to symbolize not just the city but also Polish greatness. The adjacent Kraków Cathedral is a Gothic masterpiece – the Sigismund Chapel and the labyrinthine crypt are not to be missed. The city’s numerous museums house countless works of art, spanning an amazing range of themes. Alongside its sense of history, Kraków is also a progressive city, hosting a full cultural program of music, performing arts, and theatre. The annual Film Festival takes place in late May and early June (31 May–7 June, 2020). 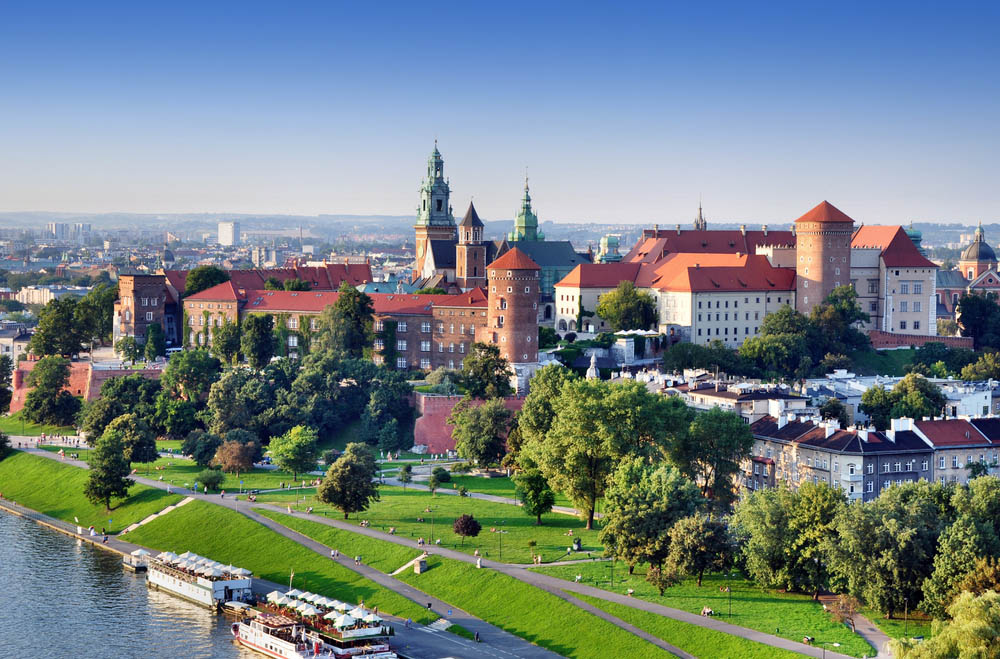 Spring is a wonderful time of year to visit Scotland. April and May are both drier than the summer months, but it’s still wise to pack waterproof clothing and footwear for your trip. In the capital, visit magnificent Edinburgh Castle and stroll down the Royal Mile, before taking in exhibitions at the National Museum of Scotland. Up the coast, the breezy seaside town of St Andrews is the acknowledged home of golf, known for its many courses and the British Golf Museum, as well as Scotland’s oldest university dating from the 15th century.

To the west, Stirling has superb historic sites, including a spectacular medieval castle in the heart of its old town. On the city’s doorstep, Loch Lomond and the Trossachs National Park offers the opportunity to appreciate open air with rambling, hillwalking and mountain bike trails stretching across a majestic expanse of mountains and countryside surrounding the largest body of water in Britain. 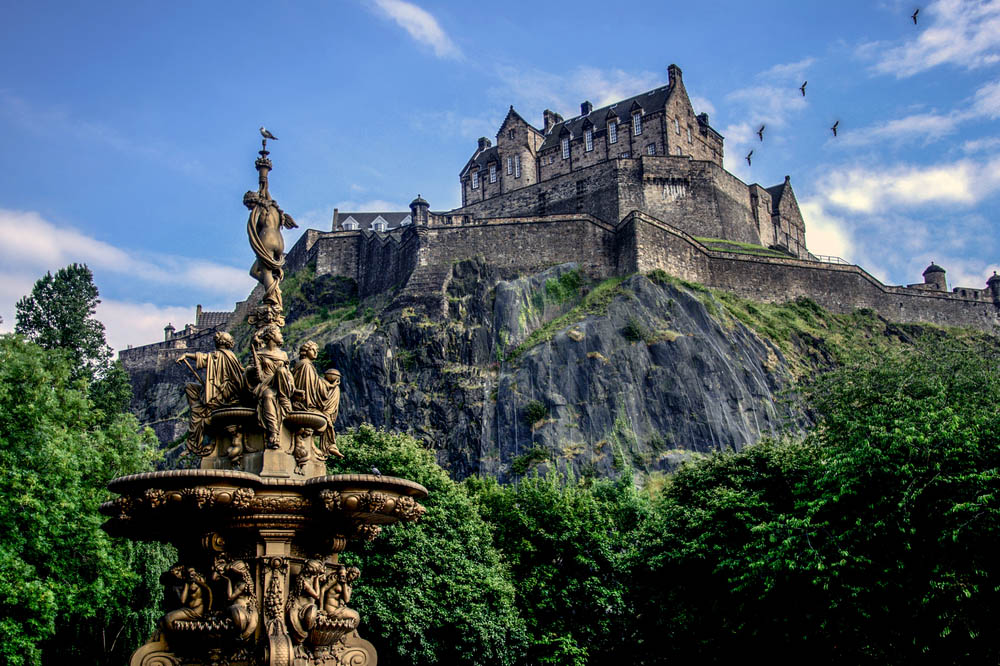 Budapest enjoys an almost Mediterranean climate meaning that spring is the ideal time to visit, avoiding the extreme temperatures of summer and winter. Stroll across the landmark Széchenyi Chain Bridge spanning the River Danube. Ride the funicular railway up to the Castle Hill district to explore the Hungarian National Gallery within magnificent Buda Castle. And make sure you experience a visit to one of Budapest’s acclaimed mineral baths. Among the grandest of Budapest’s spas, Széchenyi Thermal Baths offers outdoor pools. Their therapeutic waters, direct from underground thermal springs, are naturally heated to 38 degrees Celsius. Take the opportunity to enjoy a relaxing soak in the rejuvenating pools. 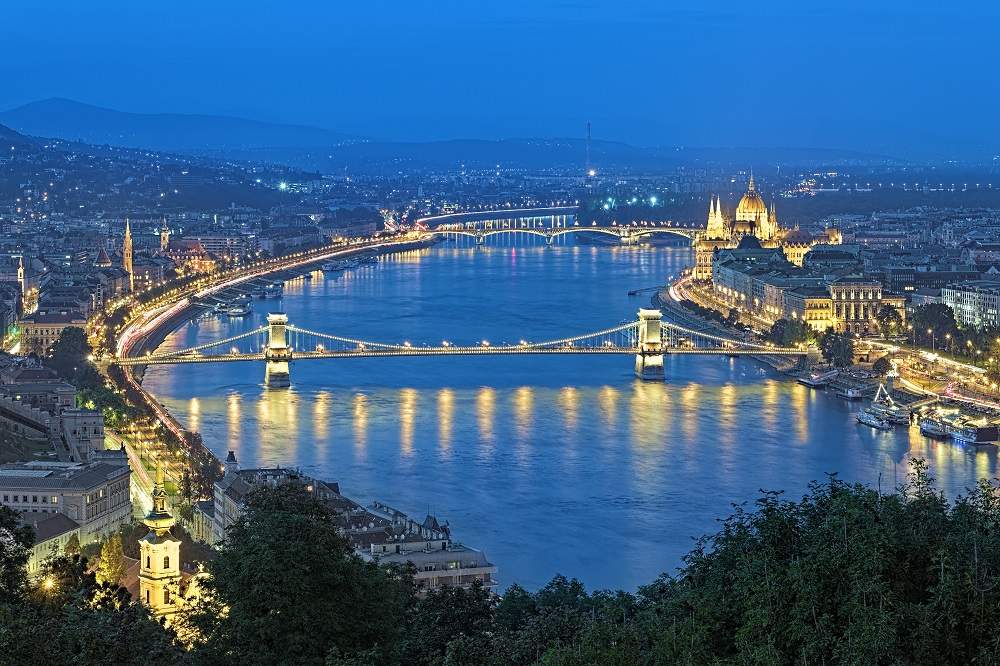 Ready to plan a spring break in Europe?

Insight Guides can help organize and book fantastic trips in destinations around Europe for you. Simply get in touch with us to share your ideas for the trip and to let us know exactly where and when you would like to travel. Local experts will then create a personalized itinerary especially, which can be amended until you are happy with every detail before booking.