150th Anniversary of the Battle of Gettysburg 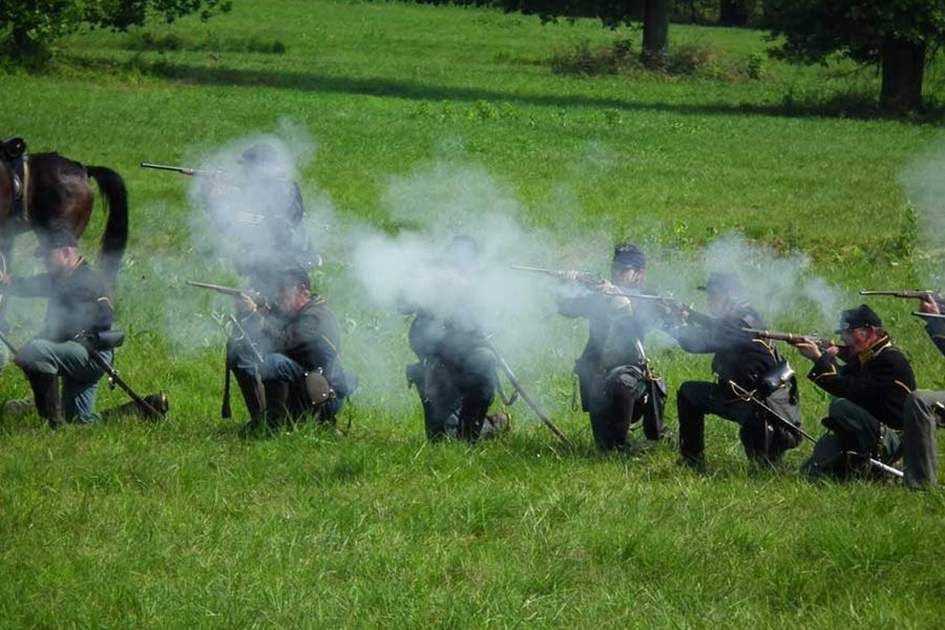 From the 150th anniversary of the Battle of Gettysburg

The Civil War of the 1860s was the bloodiest conflict in US history. It tore the country apart, and its scars on the American psyche remain to this day. The war not only ended slavery but also reaffirmed the sanctity of the Union and the place of the states within it.

A century and a half later, echoes of the Civil War – though fading – still linger. Battlefields are viewed as sacred ground, places where the past is very much alive, a reminder of the huge cost of liberty and national unity.

Major Civil War battlefields in the US

The National Park System preserves dozens of Civil War sites, including forts, battlefields, and a variety of historic buildings. Most have excellent visitor centers with museum exhibits, orientation films, bookstores, as well as ranger-led walks and interpretive programs. Frequent living-history events bring the past to life, and self-guided driving routes and hiking trails are also available.

Virginia, the closest Confederate state to the Union capital, Washington, DC, took the brunt of much of the fighting. The Confederacy won two early victories at Manassas, while the area around Fredericksburg and Spotsylvania saw four major battles within a 17-mile (27km) radius. Conflict swirled around the Confederate capital, Richmond, home to the South’s primary munitions factory, the Tredegar Iron Works.

The Confederate Army strove to move the eastern theater of war out of Virginia by invading the North. In September 1962, Confederate troops captured the Union arsenal at Harpers Ferry, Maryland. A few days later, the bloodiest single-day battle of the war took place at Antietam, halting the invasion and forcing General Lee’s army to retreat back across the Potomac River to Virginia. The following July, Lee invaded the North again. Even bloodier than Antietam, the ensuing three-day battle of Gettysburg, Pennsylvania, resulted in around 50,000 casualties, and ended the Confederacy’s efforts to bring the war to Union soil once and for all.

Further west, the Union sought to cut off the Confederacy’s supply of arms and other equipment, capturing Fort Donelson on the Cumberland River in Tennessee in 1862 and Vicksburg, Mississippi, in 1863. The latter gave the North control of the Mississippi River, effectively splitting the South in two. Another significant Union victory, at Pea Ridge, Arkansas, thwarted Southern efforts to bring Missouri into the Confederacy.

The beginning of the end came when Lee was forced to abandon Richmond and Petersburg, Virginia, after a lengthy siege by Grant’s Union Army. Lee’s final stand at Appomattox Court House (www.nps.gov/apco) ended with his surrender to Grant on April 9, 1865.

The Battle of Gettysburg and other re-enactments

It’s now 150 years since the Civil War ravaged North America, and hundreds of sesquicentennial events and ­exhibitions are planned throughout the country through 2015. See www.civilwar150.org and www.nps.gov/civilwar150 for details.

The Battle of Gettysburg is re-­enacted each year from July 1–3 on the Pennsylvania site on which the 1993 movie Gettysburg was filmed. In addition, numerous other re-­enactments and Civil War events take place annually across the country – often in places that never saw any fighting during the war itself. 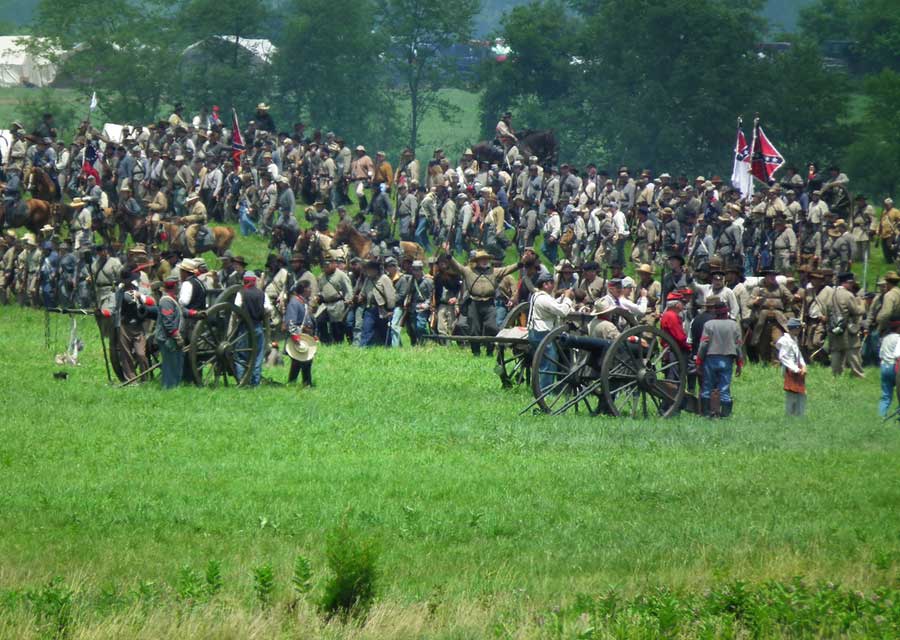 In addition to the Gettysburg re-enactment, Pennsylvania has annual events at Neshaminy State Park and Pennypacker Mills. New York has its annual Brickhouse Re-enactment in September, while the entire town of Keokuk, Iowa, goes back to Civil War times for two days each April. Two of the Midwest’s biggest events take place every summer in Wauconda, Illinois, and Boscobel, Wisconsin. Even California gets in on the act, with major re-enactments in places such as Fresno and Moorpark in the fall. For details on upcoming events, see www.reenactmenthq.com.

Plan a visit to the USA 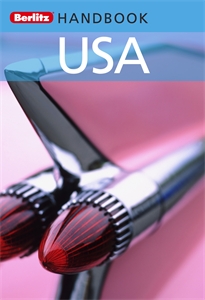 You can find out more about visiting Civil War battlefields in our Berlitz Handbook USA, which covers many other unforgettable experiences including national park hiking, attending a baseball game and spa vacations, plus all the travel information you'll need to plan a memorable trip.
Buy Berlitz Handbook USA now...
To read more about what to see in the United States, visit Insight's USA destination pages. Or take your pick from these articles...

• Hotels, motels and wigwams – planning where to stay on your US road trip
• A tour of Appalachian America and the mountain music scene