8 unique experiences to have in Andalucía

Andalucía is well known for the sun, sea and sand offered by its playground coastline, but that’s only the half of it. The region is also extraordinarily rich in scenery, wildlife, history, art and culture. Here are eight unique experiences to be had in Andalucía. 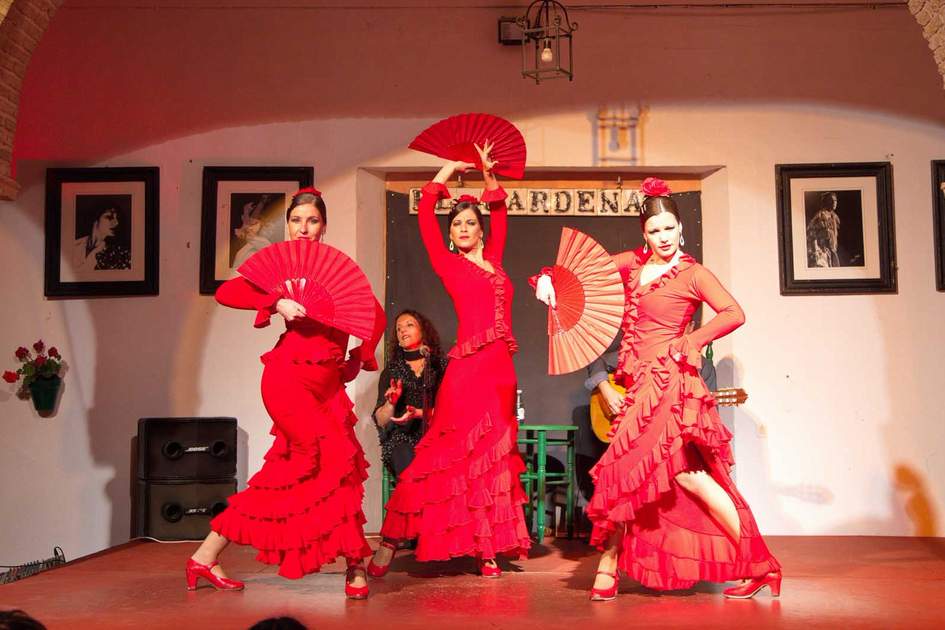 The exquisite Moorish fortress palace of the Alhambra is the apogee of the Muslim civilisation in Spain. Its austere exterior is softened by its exquisitely decorated interior and the magnificent water gardens of the Generalife. No other monument in Spain has exerted such fascination over travellers and historians, or inspired so many poets, writers, composers and painters, over the centuries.

That the Alhambra can still be termed ‘the best-preserved medieval Arab palace in the world’ is nothing short of a miracle given its history. An earthquake in 1522 and an explosion in 1590 caused significant damage. During the Peninsular War, Napoleonic troops used the Alhambra as a garrison and destroyed part of its ramparts. Further destruction took place in 1626 when Carlos I decided to build a palace in the confines of the Alhambra in a style of jarring incongruity. Then, 50 years later, the palace’s mosque was knocked down to make way for the Church of Santa María.

It was largely thanks to the ‘discovery’ of the Alhambra by 19th-century writers and artists – among them, Gustave Doré, Victor Hugo and Washington Irvin – that the complex was  recognised as unique.

The Alhambra is made up of three principal parts: The Royal Palace, the Alcazaba (or fortress) and the Medina, where up to 2,000 members of the royal household lived, but which today is mainly overgrown.  Further up the slope stands a fourth part of the complex, the summer palace of the rulers of Granada, the Generalife.  Everything else in Granada – indeed in Andalucía – is a foretaste for the Alhambra. 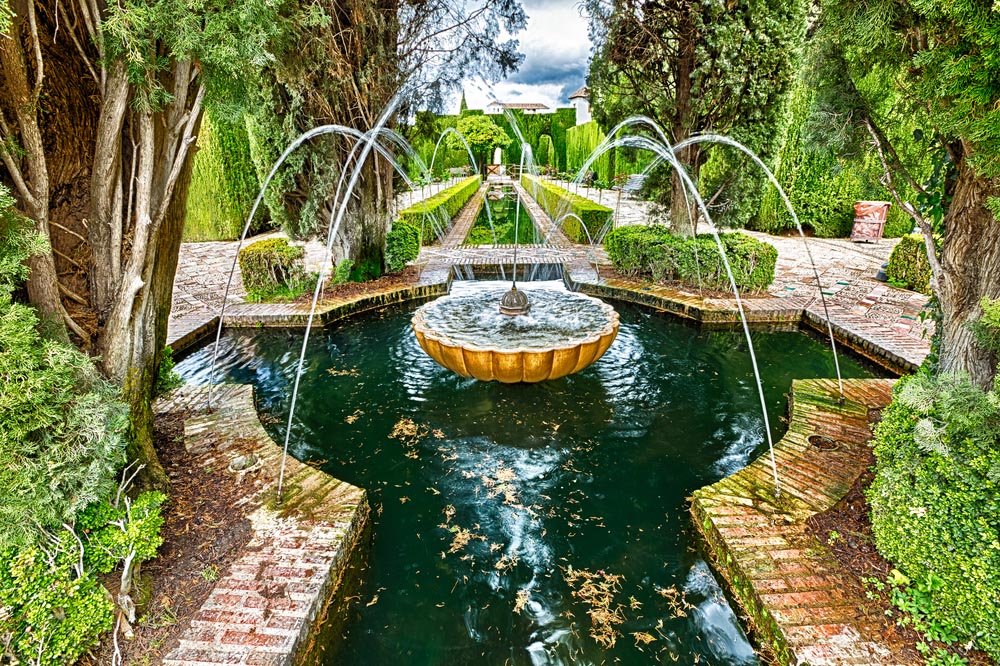 Jerez de la Frontera is famous for its sherry wines. The favourite variety here is fino, a strong, dry white wine that makes a perfect aperitif.

An aristocrat among wines, jerez (sherry) is produced from grapes grown in the chalky vineyards around Jerez de la Frontera. It is aged in casks by blending the young wine with a transfusion of mature sherry, a method known as solera.

Several of the major bodegas (wine producers) in this area are open to visitors. The largest is González Byass – a visit to its Bodega Tio Pepe will transport you back to the 19th century when it was founded. The smartest is Bodegas Tradición, which has an exquisite private art collection. Near to the equestrian school is Bodegas Sandeman, where the guides wear the black cape and caballero hat of its trademark Don. Reservations are required to visit all the wineries. 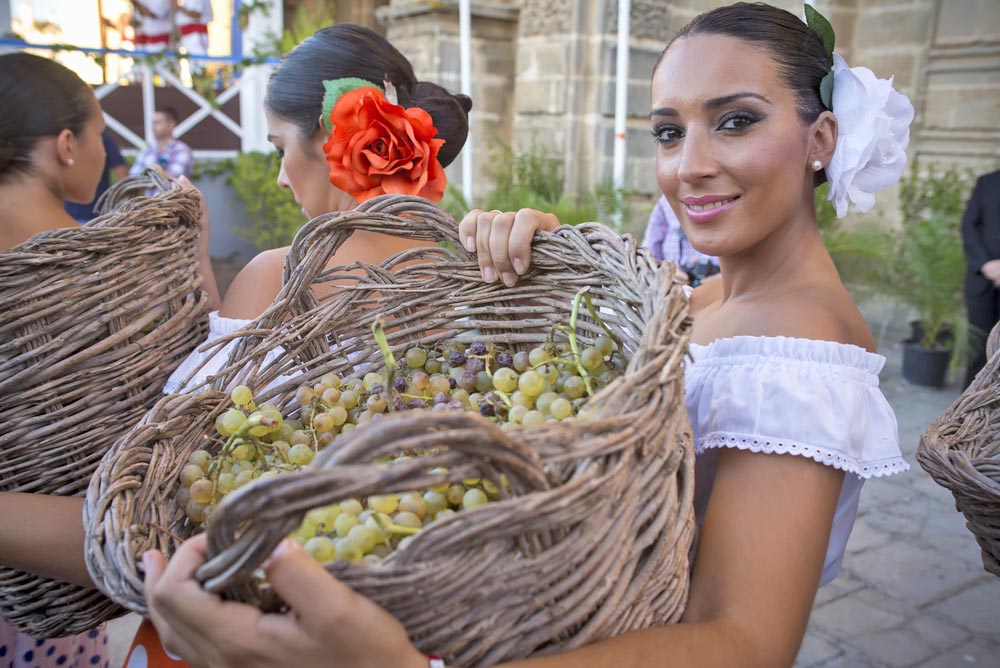 Wander around the Mosque of Córdoba

The ancient Mezquita is a marvel of sacred architecture, a graceful forest of slender pillars and elaborate arches. Córdoba’s most important monument, the mosque is the oldest building still in daily use in the Western world. Its dominant feature is the 54-metre (177ft) bell tower, which was originally a 10th-century minaret. Climb to the top for panoramic views over the city.

Construction of the Mezquita over the site of a Visigothic cathedral began in 786, at the order of Abd-al-Rahman I. Three expansions later it was complete. The architectural style evolved with each addition, reaching the greatest splendour and technical mastery in what came to be known as the caliphal architectural style, under the Caliphate of al-Hakam. Notable features include the great skylighted domes and an ingenious engineering system comprising clustered pillars with intersecting lobed arches to support the domes.

After Fernando III reconquered Córdoba in 1236, small Christian chapels were added in subsequent years. Nearly three centuries later, in 1523, the Christian cathedral was built in the centre of the mosque. Whether inadvertent or not, the incongruous mix of architecture and culture combines to produce a uniquely fascinating site. Inside are hundreds of columns – 856 to be exact – most supporting double-horseshoe arches. The different coloured columns, fashioned from various types of stone, present a mesmerising interplay of architecture and light.

Cross the bridge between the two parts of Ronda

The white town of Ronda sits in a dramatic location at the top of a cliff and is divided in two by a plunging ravine carved out by the River Guadalevín. It is the best known of the white towns and is inevitably a highly popular destination, as much due to its location near the Costa del Sol as to the fact that it is simply spectacular.

The town’s impressive geography made the place a natural fortress. After the Arab invasion of 711 Ronda became one of the Moors’ most important towns, known as Madinat Runda, and examples of Moorish architecture can still be seen in the Old Town.

Since the 18th century, when Ronda expanded outwards, El Tajo gorge has been spanned by one of the most photographed bridges in the world, the Puente Nuevo, which connects the old part of town with the new. The middle section of the bridge once served as a prison. You can visit Ronda as part of Insight Guides' Andalucía Explored trip. 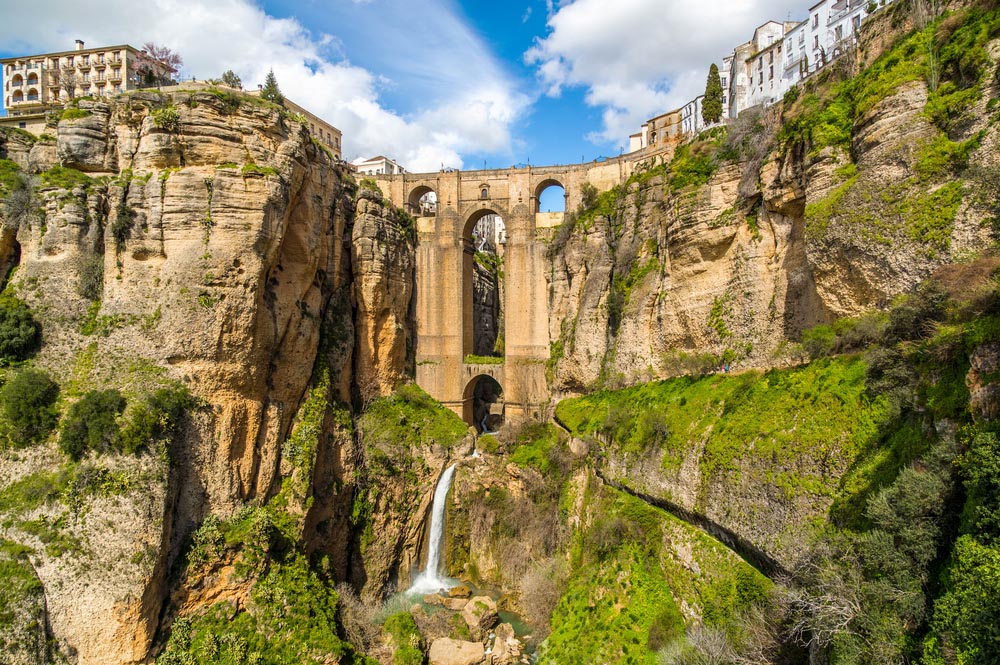 The Puente Nuevo spanning the 120-metre-deep chasm that divides the city of Ronda. Photo: K.Roy Zerloch/Shutterstock

The bell tower of Seville Cathedral is easily ascended (by ramp) for a magnificent view over the rooftops of Andalucía’s capital. This 104-metre (340ft) minaret has been admired ever since its inception on the order of Moorish ruler Abu-Yaqub Yusuf in 1184.

La Giralda is the finest relic of the Almohad dynasty in Spain. Its beauty reputedly saved it from destruction following the Reconquest in 1248. When negotiating the terms of their surrender, Muslim rulers, tormented by the prospect of the mosque and minaret falling under Christian control, wanted them destroyed. But Alfonso the Wise is said to have refused their plea, threatening to execute anyone who attempted it.

An earthquake destroyed the tower’s original ornamental top in 1356, and it was not until 1558 that it was replaced by the bells and weather vane (giralda in Spanish) – a goddess representing Faith.

From the top, there are sweeping views of the city, including many patios of old houses which are invisible from street level. Insight Guides' Simply Seville trip takes in La Giralda, as well as many of the city’s other highlights.

The Andalucían character shines brightest at the region’s fiestas, which are some of the biggest and best in Spain. There is always a traditional festival going on somewhere, especially at Easter and during the summer months, providing vibrant street entertainment.

Andaucían fiestas come in seasonal cycles, and many can trace their roots to pagan times. Even the deeply solemn Semana Santa procession has pagan roots, as a celebration of spring. Other celebrations are unabashedly pagan, such as the Eve of San Juan (23 June), when bonfires are lit, effigies are burned and participants leap through the flames and then cleanse their spirit by bathing in the sea.

Every town holds an annual feria, usually in summer, with the most famous being Seville’s April Feria. In the harvest season, wine-growing areas host a Fiesta de la Vendimia. Other crops, from oranges to olives, are similarly honoured.

The winter solstice has also been celebrated for thousands of years, although we now know it as Christmas. In Spain, Christmas lasts for two weeks, starting with Nochebuena (‘the good night’), on Christmas Eve. People greet Nochevieja (‘the old night’), New Year’s Eve, in front of the clock in the main square, where they eat 12 grapes for good luck, one at each chime of the clock's bell. Finally comes the Epiphany, or Feast of Three Kings, when Spanish children receive their Christmas presents. The seasonal cycle ends with Carnival, the final fling before the abstemious Lent period leading up to the Easter, Semana Santa, and a whole new round of fiestas. 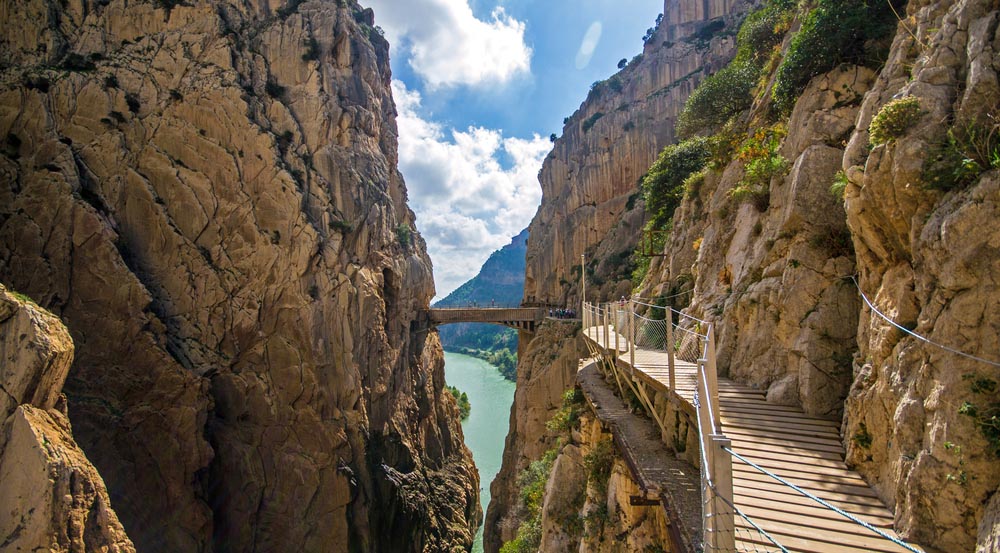 The Caminito del Rey (King’s Little Pathway) is a spectacular aerial walkway running high along the sides of two consecutive gorges. It is perfectly safe, but you’ll need a head for heights, especially to get across the suspension bridge near the end. Supervisors walk along the route offering assistance if needed; but if you prefer, you can join a guided tour.

North of the town of Alora, the Guadalhorce River squeezes through a narrow gorge that separates two reservoirs forming part of Málaga’s so-called ‘Lake District’. In 1921, King Alfonso XIII came to inaugurate one of the dams and to impress him a concrete and iron walkway was built along the high walls of the gorge. The original parapet gradually fell into ruin, before being reopened in 2015 in accordance with modern safety standards. Today, numbers are limited and online reservations are essential. Try to avoid going in the middle of the day if you visit in summer, when it can be fiercely hot.

Seville, Jerez de la Frontera and Sacromonte in Granada are great places to catch a performance of the spirited music and dance of Andalucía. The region's traditional music is unmistakable when you hear it. The emotion-filled voice of a flamenco singer expressing torment and sadness is often only accompanied by rhythmic clapping, and the brisk strumming of a guitar. Sometimes the guitarist and hand-clappers provide the rhythm for the dancer – usually, but not always, female and wearing a tightly fitting colourful dress.

Flamenco is an ancient art form, combining elements of Visigothic, Moorish and gypsy music, song and dance. It is usually associated with the provinces of Seville and Cádiz, but there are venues (tablaos) in all major Andalucían cities. Flamenco is in constant evolution. Despite being hybridised in a thousand equally valid ways, it remains, when reduced to its essentials, a form of entertainment.

If you’re really keen on flamenco, why not catch a flamenco festival? The most important festival takes place in Seville every two years (next in September 2020) . In the intervening years, the festival is held in Málaga. Annual festivals also take place in Jerez de la Frontera (April) and Ronda (August).

Insight Guides can help you plan and book fantastic trips to Andalucía and other regions in Spain. Simply get in touch with us to share your ideas for the trip and let us know when you would like to travel. Our local experts will then create a personalised itinerary exclusive to you and your requirements, which you can amend until it's exactly how you want it before booking. You can browse our existing itineraries for inspiration, and keep in mind that they can all be tailored to suit your specific requirements.