Tamil Nadu, a sprawling state in South India, is laced with intricate temples, thrumming cities and diverse wildlife. But, for all its charms, it’s often overlooked in favor of other states in the south of the country. Here is our look at why you should give travel in Tamil Nadu a chance. 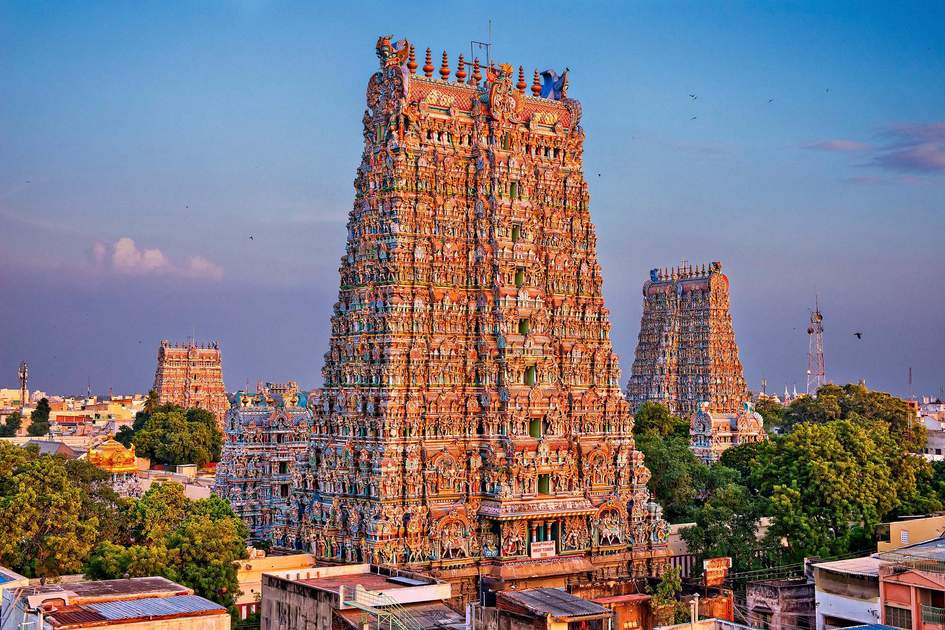 Chennai is Tamil Nadu’s throbbing capital, situated in the northeastern reaches of the state. This hectic metropolis is often written off as little more than a stopover city, but it’s worth lingering a little longer.

A handful of interesting museums can be found here, including the Government Museum, an ornate rust-red building filled with Indian art and archaeological finds. The museum includes a vast collection of bronze figures – these bronzes are Tamil Nadu’s most famous craft and can be found across South India’s temples. Once you’ve had your cultural fix, head for Marina Beach, a seemingly endless stretch of sand known for being one of the longest urban beaches in the world.

Around 150km south of Chennai, you’ll strike Puducherry, a former French colonial capital better known as Pondicherry. Though the French haven’t ruled here since 1954, remnants of the colonial era remain. Architecture buffs should look out for the salmon-pink Notre Dame des Anges church built by Napoleon III in the 19th century, as well as the grand buildings on Government Place square. The city’s seaside promenade is also a popular place for a sunset stroll.

The most enchanting of all the cities in Tamil Nadu can be found a further 350km southwest of Puducherry. Madurai is one of the oldest cities in India and it brims with historic and sacred sites. The Thirumalai Nayak Palace, a sumptuous 17th-century royal residence built for its namesake king, is a good place to start your journey into the past. 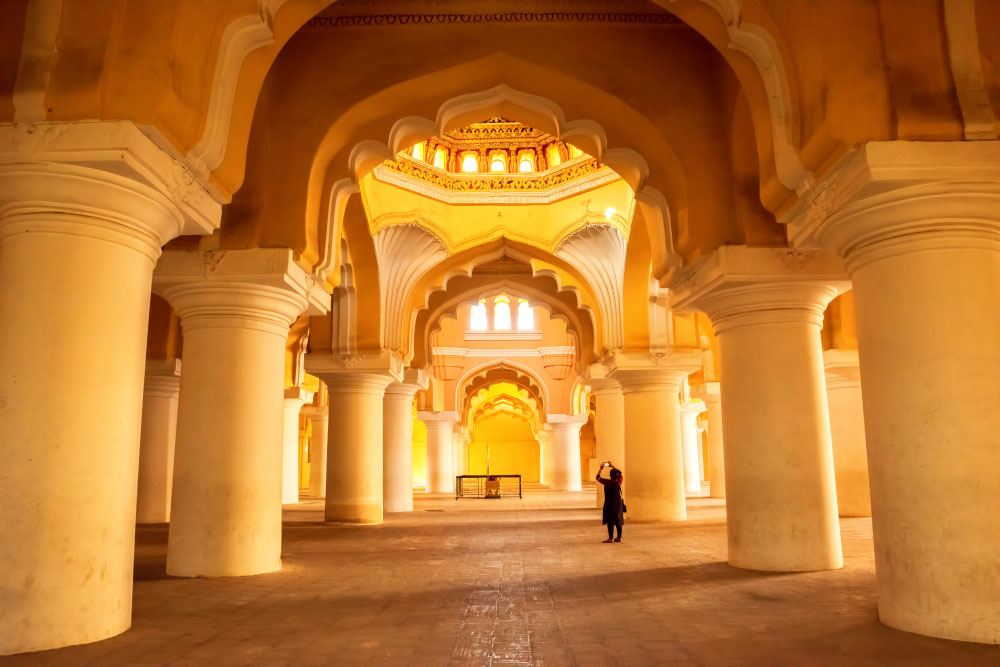 Tamil Nadu is best known for its slew of sacred sites, and Madurai’s crowning jewel is the Hindu Meenakshi Temple. Dedicated to the goddess Meenakshi, the mammoth complex is made up of 12 towers, or gopuras, each one lavishly decorated with colourful sculptures of deities and demons. Inside, it’s a labyrinthine tangle of passageways and shrines, all adorned with icons, frescoes and ornate columns. While some areas are off-limits to non-Hindus, highlights for visitors include Ayirakkal, the 1,000-pillar hall, which now supports the Temple Art Museum.

Beyond Madurai, the city of Thanjavur is home to another of Tamil Nadu’s most striking temples. Built during the Chola dynasty in the 11th century and dedicated to Hindu god Shiva, Brihadeeswarar Temple presides over the city majestically. The site boasts an imposing main tower and two intricate gopuras at the entrance. Once inside, you can drink in elaborate murals adorning the temple walls.

Other incredible temple towns in Tamil Nadu include Mamallapuram, with its crop of UNESCO World Heritage Site monuments, and Kanyakumari, way out on India’s southernmost tip. Mamallapuram is best known for its rathas (carved temples like chariots) and its incredible rock-hewn cave temples like Varaha Cave.

Kanyakumari, meanwhile, draws visitors with the Kumari Amman Temple, dedicated to virgin goddess Devi Kanya Kumari. The town is also the sacred meeting point of the Bay of Bengal, the Indian Ocean and the Arabian Sea. 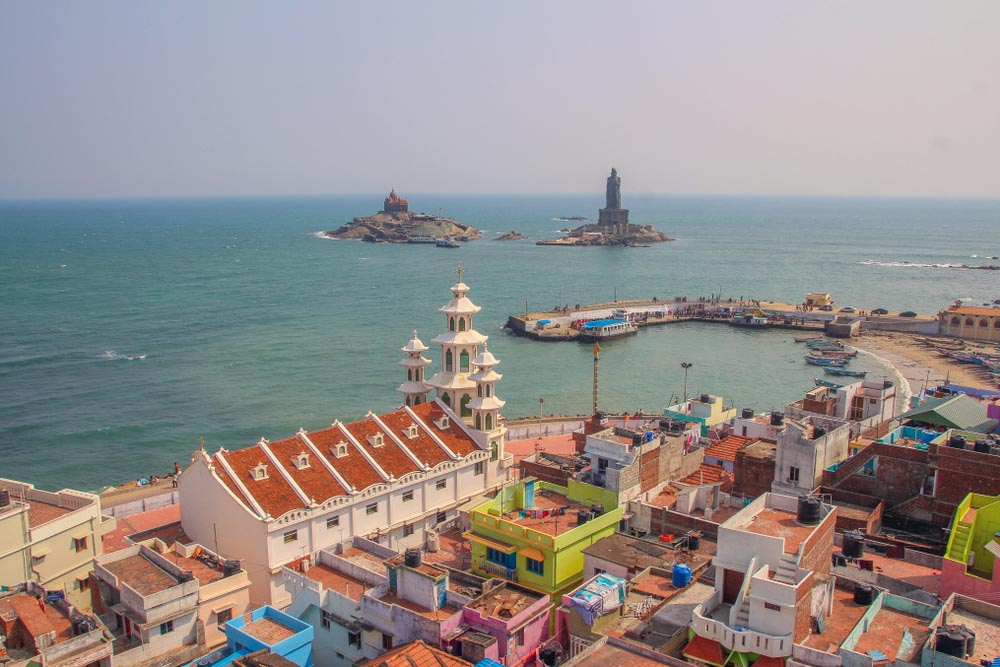 Wildlife and the Western Ghats

While the state is rich in historical sites, there is certainly no shortage of natural wonders and wildlife in Tamil Nadu. The state is home to a portion of the lush Western Ghats, a vast UNESCO-protected mountain range lauded for its biodiversity.

A popular stop in the Ghats is Ooty (or Udagamandalam), one of the hill stations, or high-altitude resort towns, left over from the British colonial era. You can reach the town via a miniature railway from Mettupalayam – the journey grants breathtaking views of the terraced tea plantations and verdant ravines below.

Animal lovers should make time for the Mudumalai National Park too. A huge expanse of dense forestland and elephant grass, the reserve is home to tigers, elephants, panthers and hyenas, plus more than 260 species of bird. Safari rides are operated through the park and visitors can stay overnight in one of the comfortable lodges. 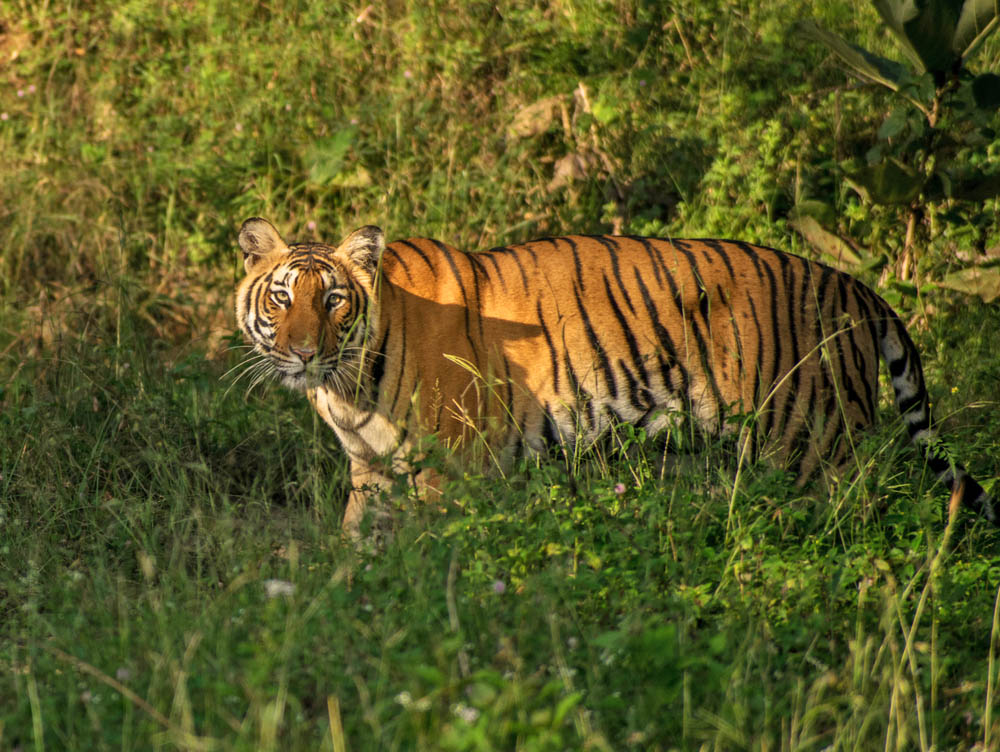 South Indian food is known for being rich in spices and emphasising vegetarian dishes, and Tamil Nadu’s cuisine is no exception.

For a true taste of Tamil Nadu, try a thali or 'meal'. You will be presented with a tempting selection of dishes arranged on a banana leaf, with favorites including sambar, a kind of kicking lentil stew, or poriyal, a punchy mix of sautéed veg. The curried dishes are served with a generous pile of rice and usually a sweet treat.

Also popular is a spice-dominated style of cooking originating in the state’s Chettinad region. Visitors can feast on Chicken Chettinad, a curried dish alive with chilli, fennel seeds and curry leaves. 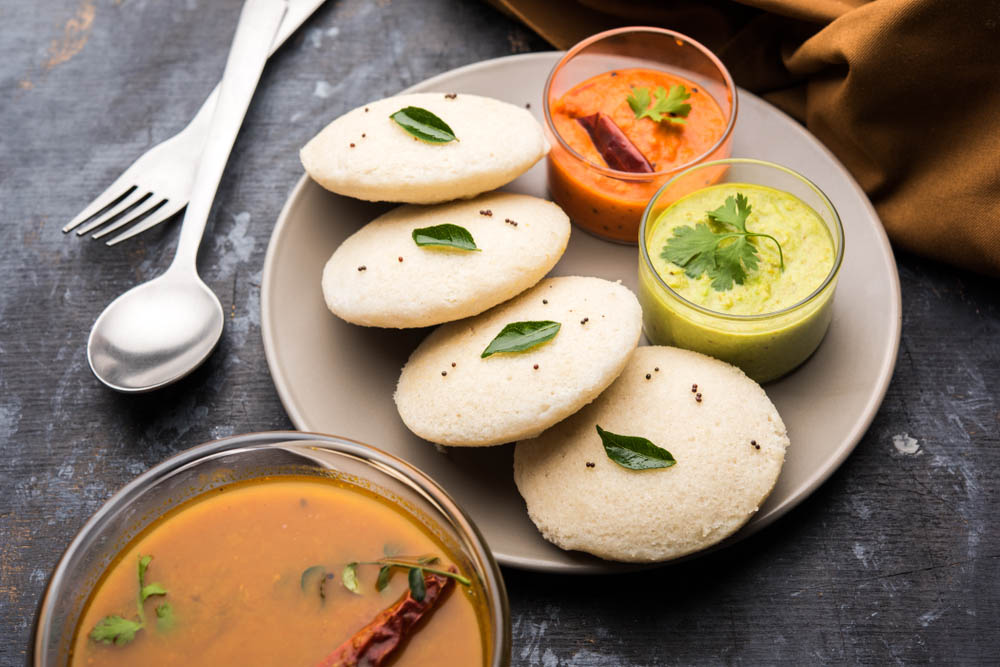 Insight Guides can help you plan and book incredible trips to India. Simply get in touch to let us know your ideas for the trip and when you would like to travel. Our local experts will then create a personalized itinerary especially, which you can amend until it's exactly how you want it before booking. You can browse our pre-planned itineraries for inspiration, and keep in mind that they can all be tailored to suit your specific needs.

We have just completed a four week trip to India. We are used to travelling independently and this was the first time we have had a driver and guides. The local agent suggested an itinerary based on our initial thoughts, some of which were a little unusual.... Read more

I give 6 Stars; it was an excellent experience in every possible way through this travel company. I had a great and memorable experience of my Rajasthan tour in India. We get a perfect and complete itinerary; this company exceeded all expectations with superior client service, everything was flawlessly executed with seamless quality of service. Among many trip highlights, it was humbling to witness thousands of people being fed at the Gurudwara Bangla Sahib temple in New Delhi. The Aarti ceremony at night and the dawn sunrise on the river Ganges in Varanasi is a spiritual journey. Beauty of the Taj Mahal is marvelous. And, yes, it is a thrill to see wild tigers in Ranthambore National Park. Thank you so Much for organizing such a wonderful trip for us.