Best places to visit in Guatemala

From expansive tropical forests peppered with ancient Mayan ruin sites to tranquil colonial cities and mountainous expanses crowned by volcanoes, Guatemala is an exhilarating destination to explore. Here is our guide to the best places to visit in Guatemala. 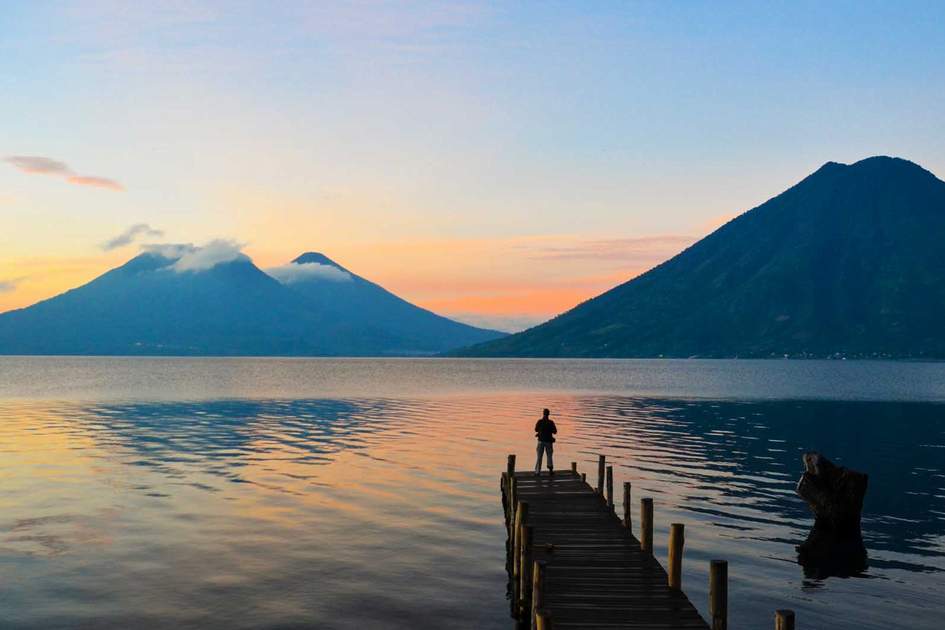 An intoxicating combination of colonial architecture, ancient and modern Maya culture, and breathtaking natural beauty, Guatemala offers a cornucopia of attractions for travellers. Read on for our selection of the best places to visit in Guatemala.

Set in a wide highland valley to the east of Guatemala City, surrounded by three huge volcanoes, serene Antigua is one of the most attractive cities in the whole of the Maya region. Known for its colonial architecture, the former capital is also home to some wonderful restaurants and cafés.

In the heart of the city, the peaceful Parque Central main square is bounded on all four sides by imposing buildings that represented the epicentre of the Spanish empire in Central America for more than two centuries. The city’s 17th-century Catedral suffered substantial damage during earth tremors in the 18th century and still stands partly in ruins, but its collapsed vaults and towering arches are nevertheless impressive.

A few blocks away amid leafy gardens, Las Capuchinas Convent is arguably the most evocative of Antigua’s ruins. The Capuchin order was a splinter group of the Franciscans – nuns were allowed no contact with the outside world. The uniquely intriguing feature of the ruins is the Torre de Retiro (Tower of Retreat), a circular courtyard of tiny cells thought to have been a cloister retreat. The convent’s impressive museum houses a fine collection of religious artefacts. 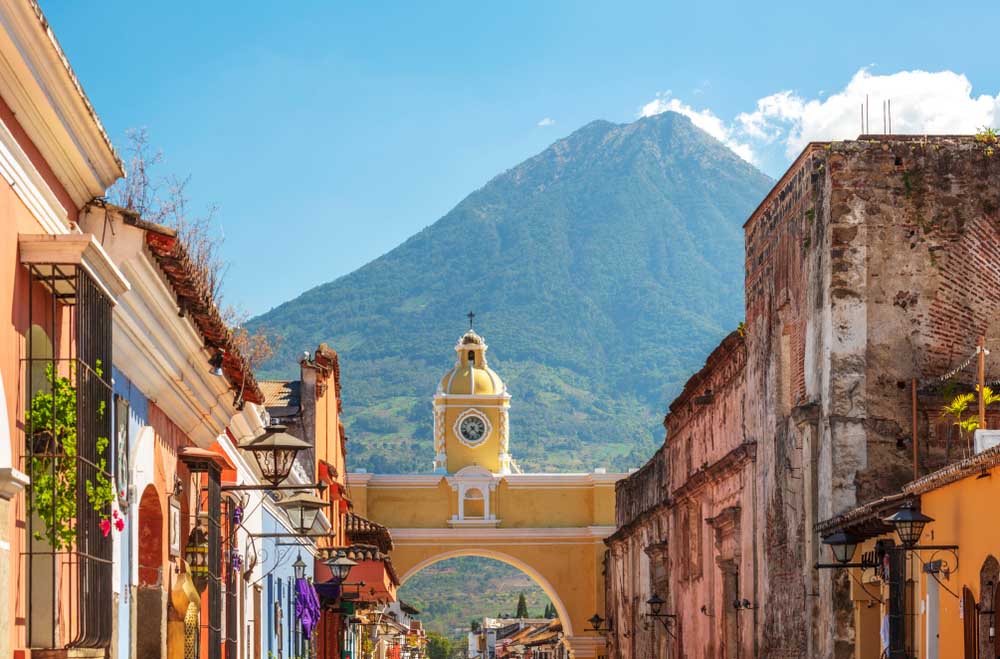 For many travellers, highlights of their trip to Guatemala include experiencing the vibrant Maya culture and rugged landscapes in the western highlands. Majestic Lake Atitlán epitomises the awesome natural beauty of the region, making it one of the best places to visit in Guatemala. Set in a volcanic caldera surrounded by lush mountains and three towering volcanoes, its shores are peppered with coffee plantations and Maya villages.

Panajachel, on the lake’s northern shore, is where most people head for first. Having attracted travellers since the 1960s, the lively town is home to a number of bars and cafés owned by Westerners. There’s not much to see in the town itself, but you can soak up its laid-back atmosphere and take boats to visit nearby lakeside villages. Santa Cruz is supremely relaxing, Santiago Atitlán has a traditional feel and Santa Catarina and San Antonio Palopó both specialise in textile weaving. San Juan is a village of the Tz’utuhil people, one of the Maya ethnic groups in Guatemala, and is the focus of some admirable community tourism initiatives. Nearby, San Pedro La Laguna is the ideal base for the early morning start necessary if you would like to climb Volcán San Pedro. It takes around three hours to reach the summit, but the breathtaking views over Lake Atitlán are definitely worth the hike.

North of Lake Atitlán, the peaceful highland town of Chichicastenango is an ideal destination in which to immerse yourself in the culture of the region. Twice a week, the normally quiet town hosts one of the largest and most well-known markets in Guatemala. Early each Thursday and Sunday, roads leading into town are jammed with pick-ups, trucks and buses en route to the market. Local traders offer a smorgasbord of handicrafts, pottery, masks and brightly coloured textiles at numerous stalls. The market is also a great place to buy multicoloured Guatemala traditional clothing, especially if your bargaining technique is well honed. 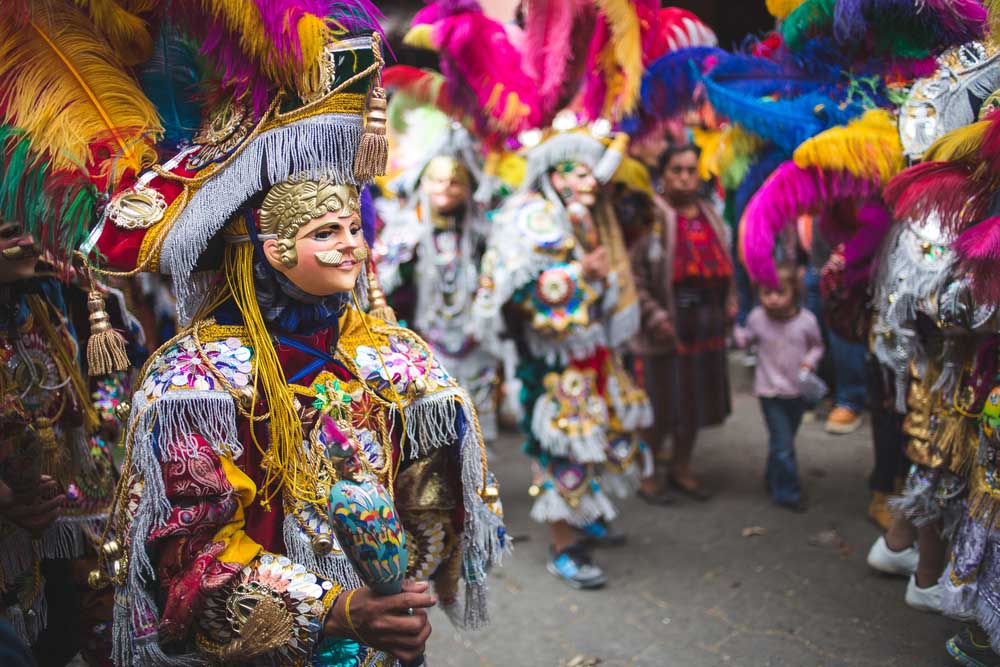 In a remote location in eastern Guatemala, on the banks of the Río Cahabón south of the village of Lanquín, is one of the most naturally beautiful spots in the entire country. Set amongst verdant, tropical forest, Semuc Champey consists of a cascade of clear turquoise and emerald-green freshwater pools. The Río Cahabón eventually flows into Lago de Izabal, but at Semuc Champey the majority of its current flows underground, leaving a vast limestone bridge at the surface. A little of the river’s water spills over this natural shelf, forming a series of pools that are ideal for swimming, and an idyllic place to take in the panoramic views of the jungle. There are also numerous caves to explore, or for a bird’s-eye view of the pools, climb the steep path to the south of the valley.

Set amid the dense lowland subtropical forests of northern Guatemala, the towering, awe-inspiring ruins of Tikal are one of the man-made wonders of the Americas. Arguably one of the greatest achievements of the Maya civilization, Tikal’s five magnificent temple-pyramids rise majestically above the forest canopy. Temple IV reaches a height of around 65 metres (213ft), complete with its vast roof comb. Finely carved stone altars in the plaza pay homage to the city's glorious past, huge masks adorn monuments, and raised flagstone pathways lead off to other ruined cities lying even deeper in the jungle.

Most travellers base themselves at the nearby town of Flores to visit Tikal, but to really get the most out of your visit, try to stay overnight at one of the three hotels near the ruins. Wake up early to witness the ruins amid the electric atmosphere at dawn when the calls of frogs, toucans and howler monkeys echo around the jungle. 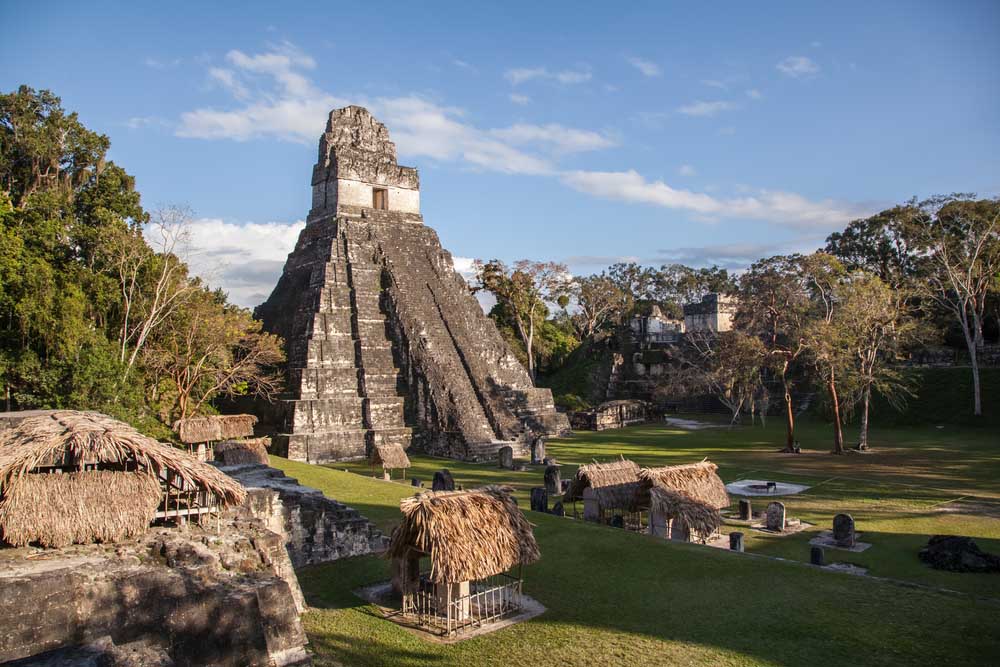 Ready to book a trip to Guatemala?

Insight Guides can help you organise and book incredible tailor-made trips to Guatemala. Simply get in touch letting us know your ideas for the trip and when you would like to travel. Local travel experts will then prepare an itinerary especially for you, which can be amended until you’re completely happy with every detail before booking. Check out our Guatemala and Belize trip for inspiration, and keep in mind that it can be tailored to suit your own specific requirements.

Everything was PERFECT!! Our guide was professional and allowed us to simply relax and enjoy an amazing vacation.

Everything was PERFECT!! Our guide was professional and allowed us to simply relax and enjoy an amazing vacation.

Your local travel organizer for Guatemala